The friends of Morningside Nature Preserve in Atlanta, are justifiably proud of their suspension bridge (Google Earth ref; 33°48'20.95"N 84°21'21.69"W) which crosses the stream and any information about the preserve will inevitably include a mention of it. 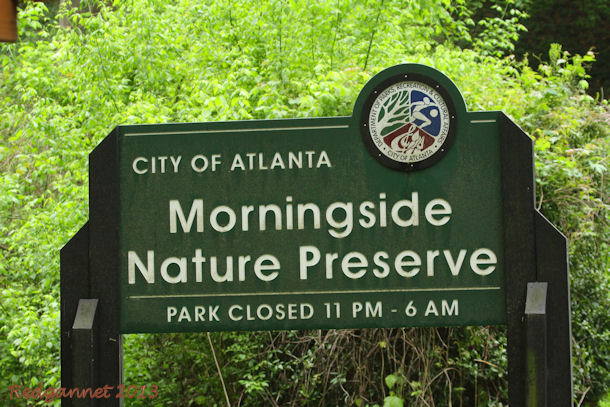 I had entered the preserve from Wellbourne Drive NE, opposite Windham Park NE. The trees here were filled with song from Carolina Wren, Northern Cardinal and White-throated Sparrow. The path took me through dense forest with a good understorey down towards the river. A large trunk had fallen, causing a small clearing which could be observed by clambering along the trunk. A White-eyed Vireo was calling invitingly so I balanced myself on the trunk and shimmied out. A dead tree here proved very productive with Orchard Oriole, Red-eyed Vireo, and Scarlet Tanager. 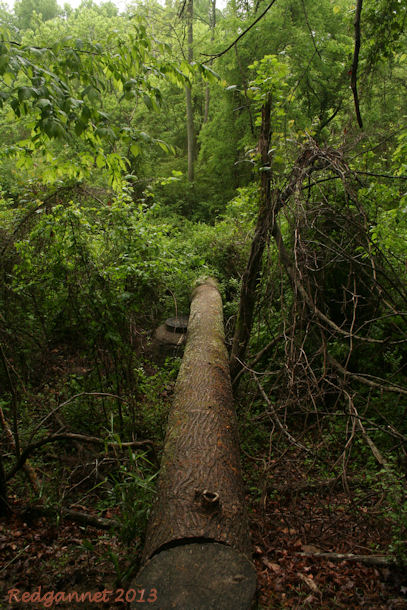 The path soon meets up with the stream and the celebrated suspension bridge. I decided to put off the exquisite pleasure of the bridge for a while and took the path leading to the right. This proved to be fortuitous in that I found a Yellow-billed Cuckoo, Black-throated Blue Warbler and an American Redstart. Keep right on his trail and it leads round in a circle to come back to the bridge. A Carolina Wren was singing madly from the undergrowth at the support on the near-side bank and a Blackpoll Warbler called from the tree to the right. 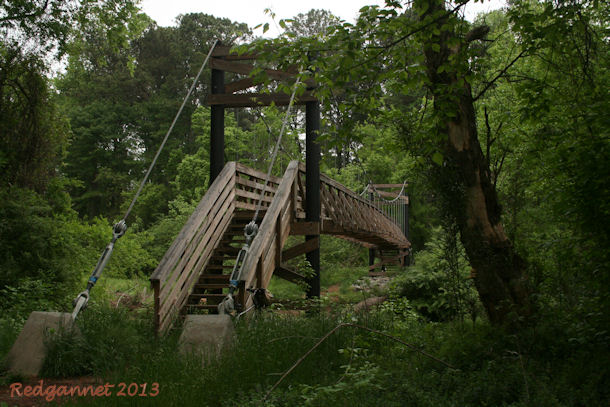 Across the bridge, the path passes through the open area cut for the pylons and then dives back into the woods. There is an alleyway through the trees here where the trail may have been broader in the past. The vegetation to the left is lower and allows in more light, making the bushes to the right (northeast) quite thick. I met no other birders in the preserve, so I had to make up my own hotspot nomenclature and called this stretch, Warbler Alley. 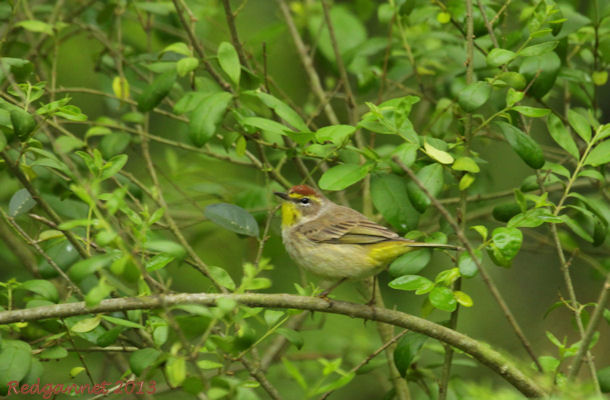 Yellow-rumped Warblers were very obvious and were joined by more Palm Warblers. All the American Redstarts were male birds which reminded me that the males migrate ahead of the females and young males from the previous year’s hatch. A Prairie Warbler treated me to a full song and a Common Yellowthroat skulked about in the low weeds. 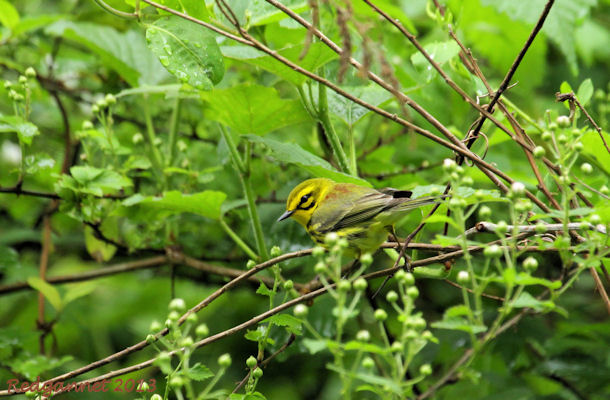 The clouds had been low and heavy all morning, threatening rain and could hold on no longer. The heavens opened and sent me scurrying for home. I was stopped in my tracks by a minor fall out when about 30+ warblers were seen in a tree beside the bridge. Each time I raised my binoculars, they immediately filled up with rain, making it almost impossible to see. I climbed up onto the bridge which put me higher and made my viewing angle slightly shallower. Most of them that I could make out were yellow-rumps, with a couple more palms and a black-throated blue, but one stood out as a Yellow-throated Vireo.
Birds seen; 37 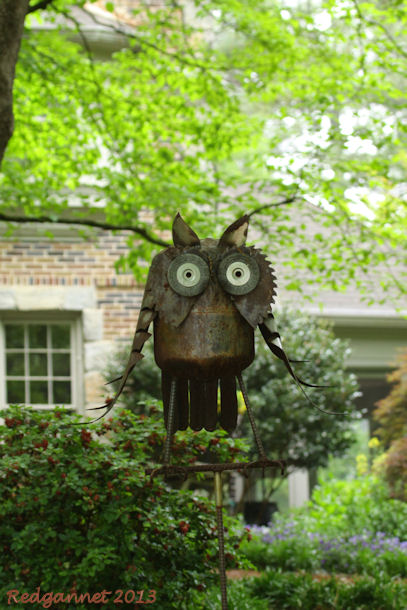 I cycled to Morningside Nature Preserve in about 15 minutes. Riding northeast along Piedmont Ave NE, I turned left onto E Pelham Rd NE. At the small roundabout, I took the second exit onto Wildwood Rd NE. Wellbourne Drive is 500m on the left and the entrance to the preserve is at the bottom of the hill opposite Windham Park NE (Google Earth ref; 33°48'26.92"N 84°21'35.58"W ). The preserve is located in a very pleasant, leafy suburb, but there are no facilities.
Posted by Redgannet at 11:44