My intended site today was to have been Bukit Timah, the forested hill in the middle of Singapore. A worn track up the side of an embankment caught my eye however and I found myself, unexpectedly at Singapore Quarry.
The approach to Bukit Timah passes under what I had previously assumed to be a railway bridge, but I had never paid much attention to it and had never seen a train crossing it. 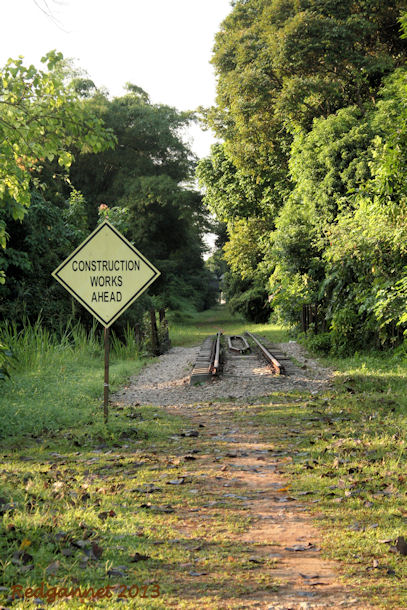 A worn track led me up to it and revealed that it was the old Malayan Railway, now disused, but with remnants left as a reminder (Google Earth ref; 1 20 44.15N 103 46 31.32E). Now it is a path that leads around the base of Bukit Timah on its eastern side. Unlike the very popular reserve, this path was very quiet and I walked it for an hour without seeing a single person. 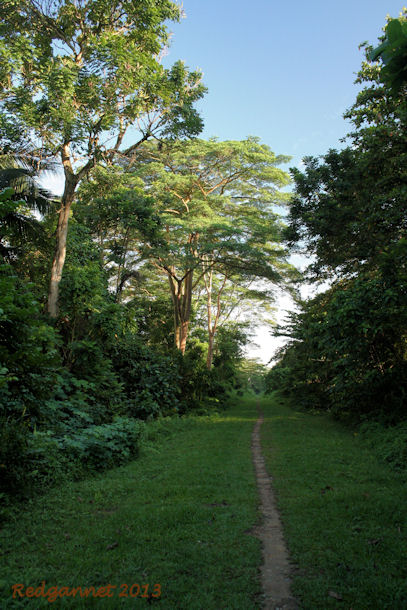 The path is thickly wooded on the reserve side with trees and bushes screening a housing estate on the other side. Pin-striped Tit-babblers and Yellow-vented Bulbuls were seen in the low down vegetation and a Lineated Barbet called and was eventually found in a lightly leaved tree. 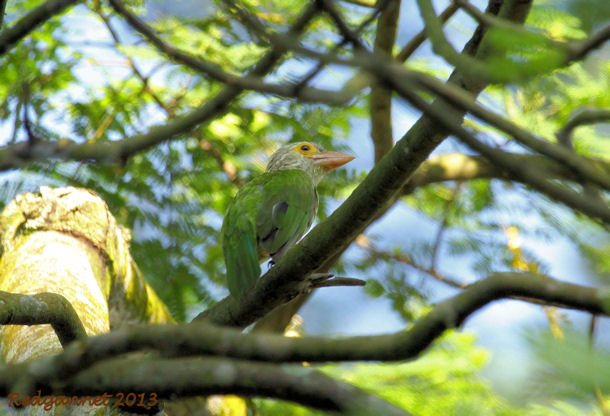 A flock of Asian Glossy Starlings were seen feeding in a berry tree. The flock had members at various stages of maturity including insistent chicks and a sub-adult which had almost attained its adult plumage, but still retained a youthful streaking on its breast. 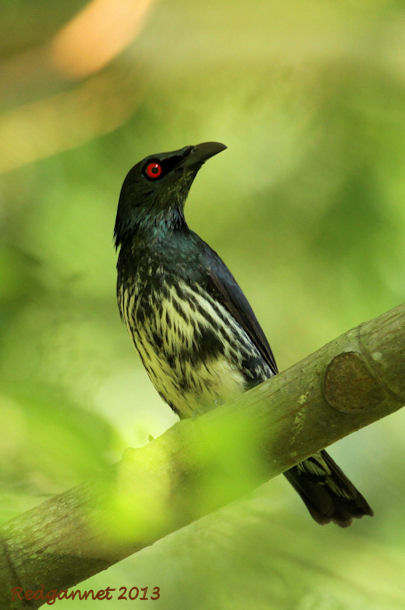 Since my inquisitive nose had paid off earlier, I trusted it again and took another path-less-travelled-by that led up by the support of a bridge that crossed the path (1 21 18.54N 103 46 10.60E). The bridge is disused now, but led me up to a road which curved round to Singapore Quarry. 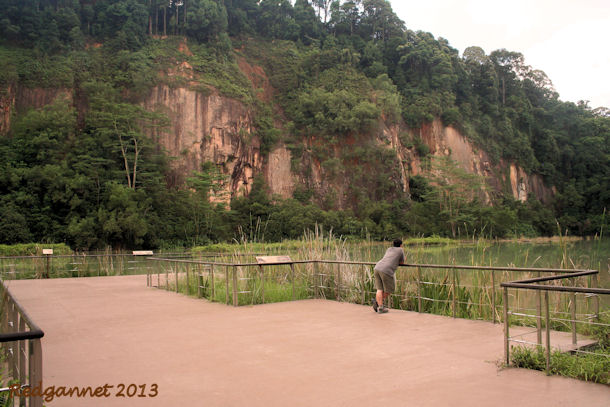 Despite finding it by sheer dumb luck, I recognised it immediately as a site mentioned in my new odonata book for Singapore. Decking juts out into the water and provides a great platform for dragonfly watching in the vegetation which has been sympathetically planted around it. 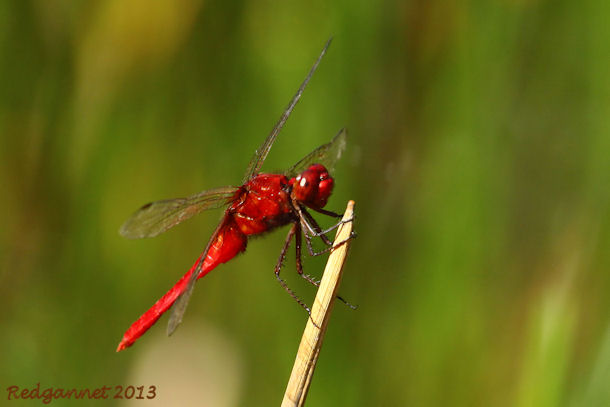 A group from Singapore’s N Parks division were conducting a wildlife survey including birds, butterflies and dragonflies. What luck to stumble upon them! The bird expert, Ryutah, informed me that they had seen the Blue-eared Kingfisher this morning which I was very keen to find so I staked out the birds preferred branch and within half an hour, it flew in, stopped for a moment and flew on. 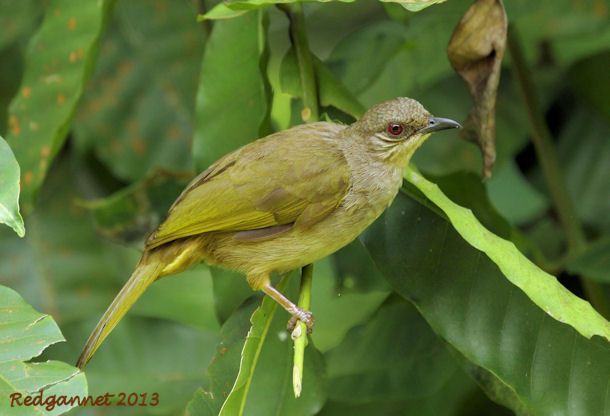 Olive-winged Bulbuls were seen in the grasses in the water, but I could not get a decent picture of one until it came in close to join me in the shade. 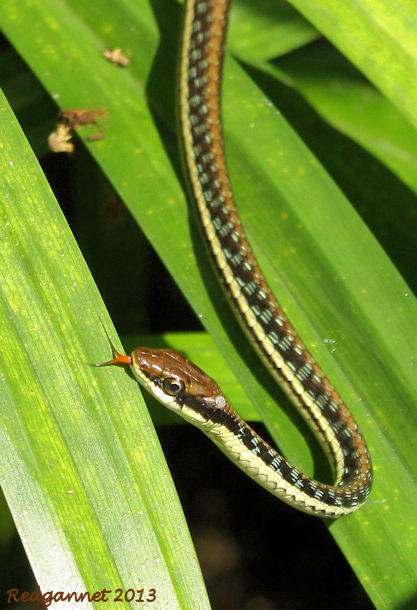 As well as a red-letter kingfisher, the quarry brought a delightful bronzeback snake. Although one of the wildlife group called it as an Elegant Bronzeback, I suspect that it may be a Blue Bronzeback as the eye is not too big and the black streak does not extend onto the lips. I am very happy to be corrected if anyone knows for sure.

Follow the road around from the quarry and after a kilometre, you will find the Wallace Education Centre (Google Earth ref; 1 21 37.16N 103 46 37.72E) which includes a trail that is unfortunately impassable at the moment. 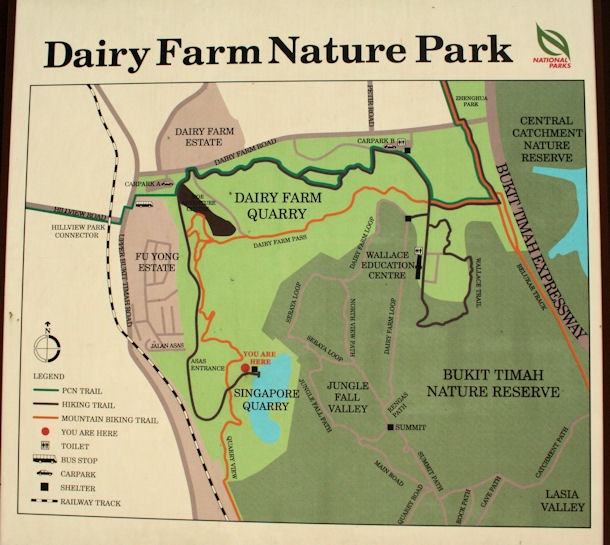 The centre is built in the old Dairy Farm buildings and celebrates the contribution of Alfred Russel Wallace to the study of evolution by natural selection and geographical influence. The quarry and the 60 acres that make up the light green in the map above are collectively known as the Dairy Farm Nature Park. 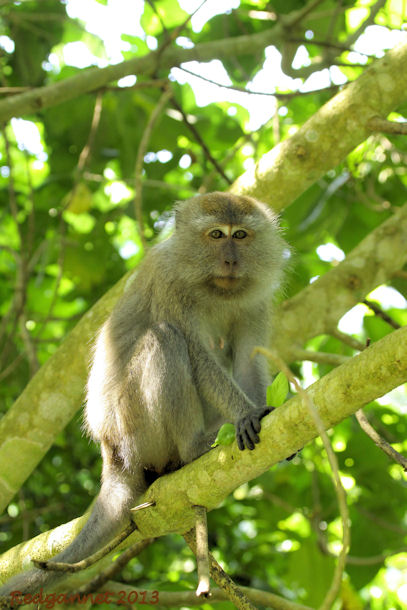 Return to the junction of Dairy Farm Road and Upper Bukit Timah Road for the best chance of finding a taxi to take you to the nearest SMRT station.

Visit the dedicated Oriental Page for more posts from Singapore including; Paser Ris and Bukit Timah.
Posted by Redgannet at 14:54