There has long been an inexcusable omission from my British list; Bohemian Waxwing. My individual country lists are not usually very important, but the Bohemian Waxwing is a special bird and deserving of a special effort. I think that every other bird watcher in the country must have seen them, photographed them and ticked them with a flourish after last year’s glut of the Scandinavian visitors, but I had missed out. Today it was my turn at last. 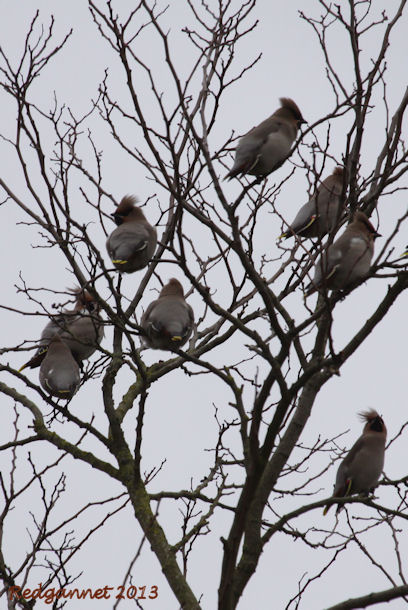 I had heard of a flock in a village close to home and had taken a little drive out there to find 32 Bohemian Waxwings sitting in the bare tops of a couple of trees. They were silhouetted against a heavy sky, but they were added to my British list with some ceremony just the same.  A few at a time dropped down into a bush laden with red berries which hung over a wall from a garden, but only stopped for a few moments before returning to the treetops while another handful came down to feed. 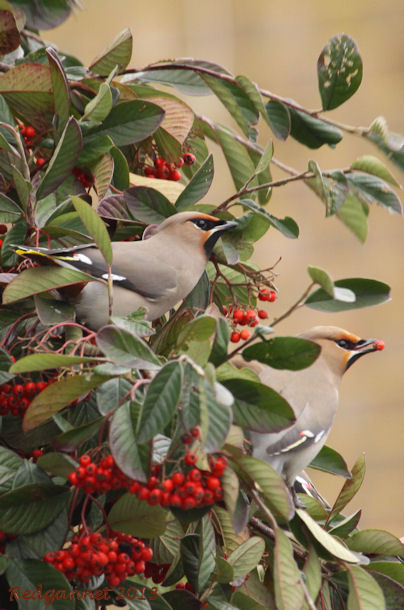 But of course I am greedy and found disappointment even on such a momentous occasion. The light was poor and my photos were dull and lifeless. For many birds, the sighting is the important thing and the photo is simply a record for myself and (if the photo is approximately in focus without too much camera shake), for the blog.I wanted to mark this occasion with something better. 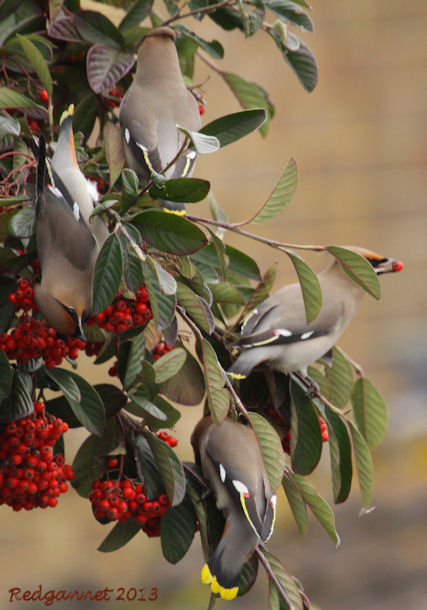 On my way home from the airport this morning, the sun was shining and the air was still. I really wanted a better picture of these glorious birds, so I took a slight detour to see if they were still there. When I arrived at the village, they were nowhere to be seen. I took a couple of turns around the vicinity, including a stretch of the River Medway on my wanderings, but couldn’t see or hear them. 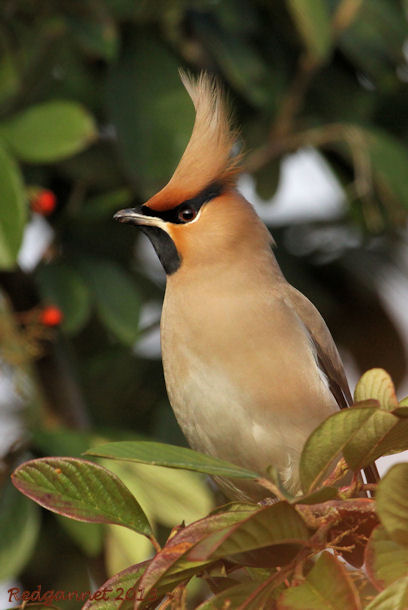 I had previously met Ken who told me that they tended to come down for a feed at around 09.00 in the morning and 16.00 in the afternoon. At 08.58 I was returning to the corner where I had seen them before and I heard their sleigh-bell-like call (thank you to www.xeno-canto.org for the recording). As predicted, just on 09.00, the first group came down to feed in the overhanging bush. 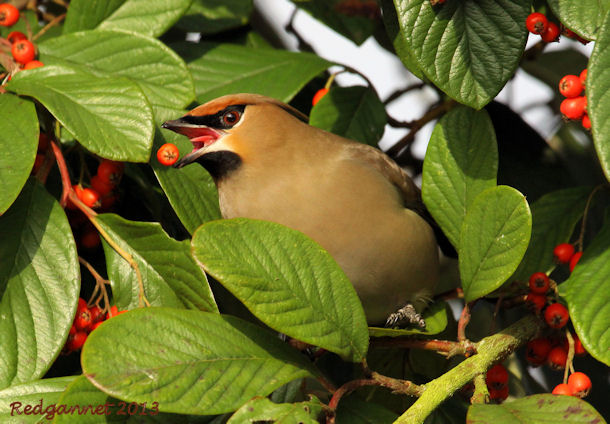 The light was perfect and I was delighted to see them so well. They were very approachable, but I was worried that my closeness was making them nervous and that was why just a few fed, hurriedly, for a short while before retreating back to the treetops. I returned to my car to watch from there, but dog-walkers and pedestrians passed right beneath the bush without disturbing them. 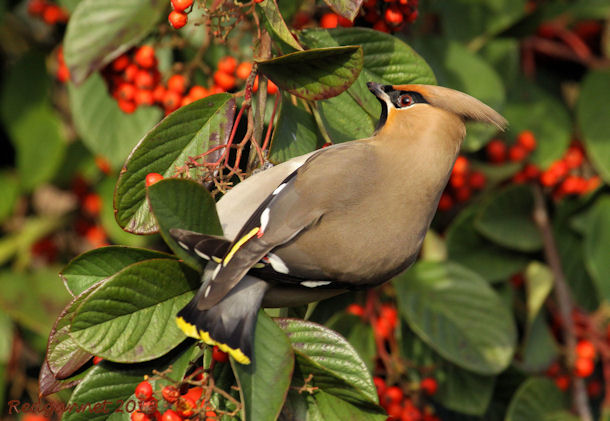 A young lady who lived in the house stopped to say “Hello” and told me that they had arrived a week or so ago. She was not a birder, but had quickly contacted someone who was, who in turn posted the notice that I had seen. 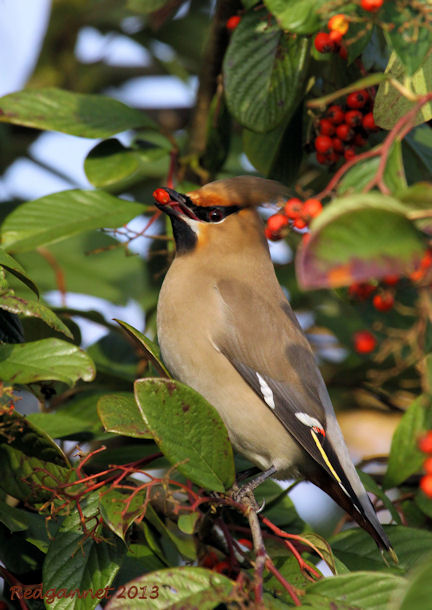 Thank you to both of them. It was a beautiful encounter.
There were fewer birds today, but Alice mentioned that numbers fluctuate and 38 had been the highest count to date.