The site at the end of Leslie Street in Toronto, where it meets the lake goes by two names; Leslie Street Spit and Tommy Thompson Park (Google Earth ref; 43°38'45.59"N 79°19'15.27"W) . There are 30 or so hotspots and personal locations marked by Toronto’s eBirders, but no concensus on demarcation between the two sites. I have sided with the marker named as Leslie Street Spit – Base as it describes pretty much where I was and is well placed.  I have placed my own marker for the Outer Harbour Spit. 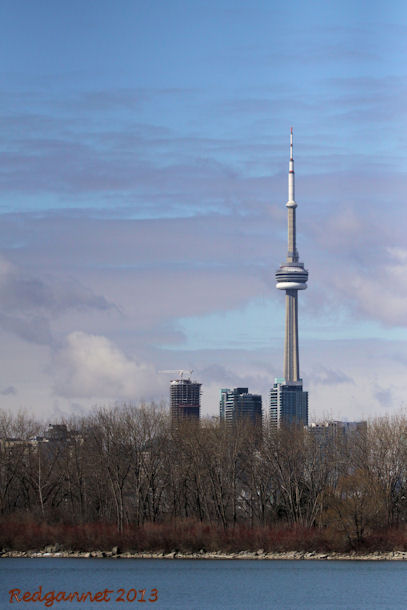 A short way along the road a manned barrier denies any further access onto the spit except for weekends and holidays. I have chosen to interpret the area beyond the barrier as Tommy Thompson Park. There had been some confusion about accessibility, but the signs seemed perfectly clear when I arrived at the gate. Tommy Thompson Park is the extension of the spit beyond the gate, out into Lake Ontario. It is a working site where trucks dump landfill from construction sites and is closed to the public from Monday through Friday. It is only accessible to the public at weekends and holidays. The park has its own website which can be found at this link. 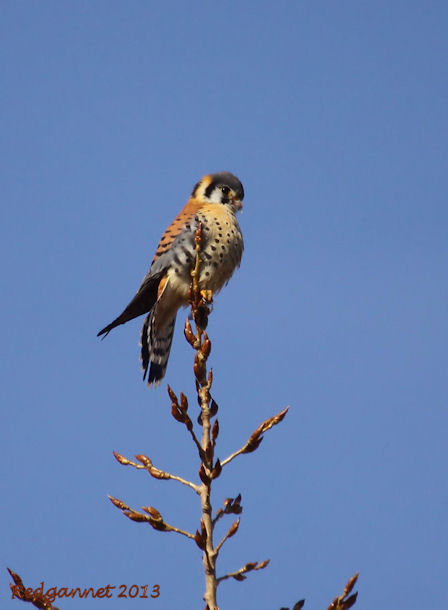 The area before the gate is accessible and can be freely birded. Black-capped Chickadee and House Finch were seen here and an American Kestrel perched at the very top of a tree, raising and dipping its tail to maintain its balance as the branches moved in a slight breeze. A Northern Mockingbird was seen at the same location by the marina gates each morning. 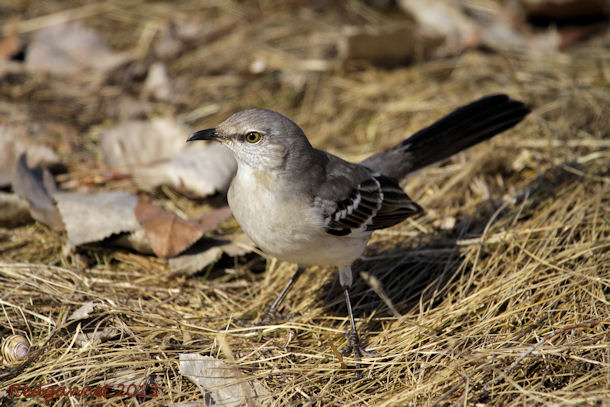 I found a bay at Google Earth ref; 43°38'44.14"N 79°19'39.39"W which suited me very well as the sun was coming in over my shoulder and giving very nice light for photos. I returned to Leslie Street Spit the next morning and though it was by then a weekend and I could have taken a walk into Tommy Thompson Park, I preferred to go back to the bay and sit there for a couple of hours. 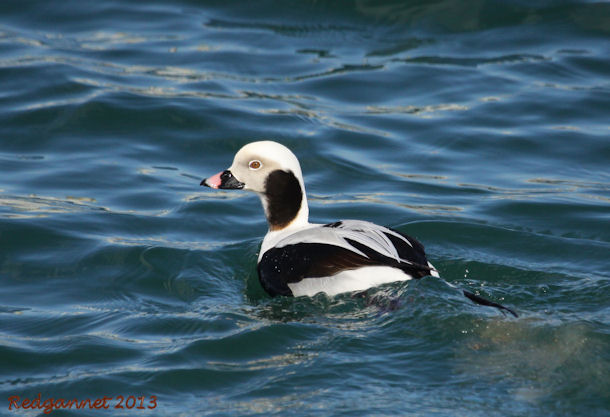 The two visits are woven together as one to avoid too much repetition. Beautiful though Long-tailed Ducks may be, there is a limit to the appeal of posts about them. They were immediately obvious and a Common Golden-eye flushed from close to the bank and flew round the small spit with wings whistling. 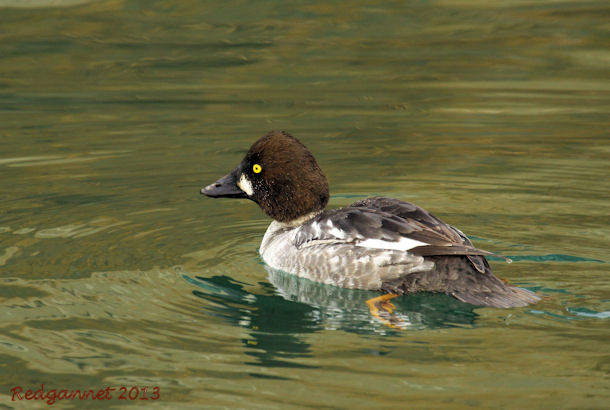 A spit of land projects out into the water of the Outer Harbour, as the small bay is known. To reach it, I had to pass through the gates of the marina. There was no guard on the first occasion and I tried to find an office to ask permission (honest), but no-one was available. On the second visit the guard happily waved me through and confirmed that I could assume access on my next visit if the gate was open. 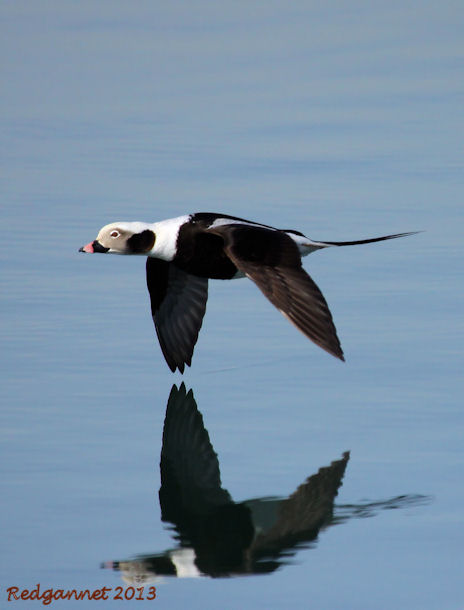 Ducks made occasional flights back and forth from the small bay into the bigger water in the lee of Tommy Thompson Park. Common Mergansers and Red-breasted Mergansers were found in good numbers and a small flock of Buffleheads flew past.  The small spit brought me closer to the action and closed the distance with flying birds often passing quite close. 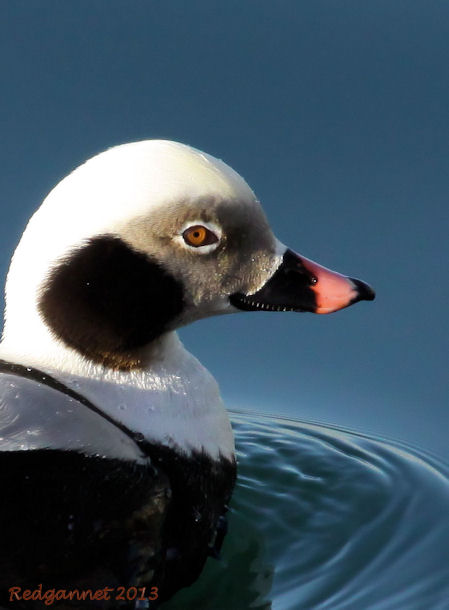 A surprise came in the shape of a White-winged Scoter which paddled away from the end of the spit as I arrived. A small flock were seen later flying past. 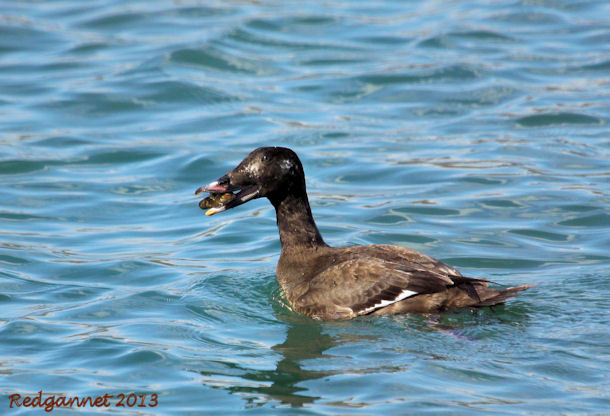 Small bushes allowed me to sit quietly, invisible to the birds approaching from either side. Occasionally a Red-breasted Merganser hove into view and grunted a warning to its companions before it dived out of sight. 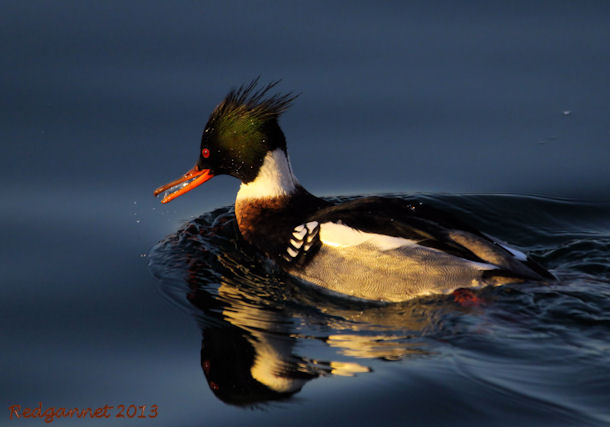 Evidence of Beaver activity was plain to see and I noticed a jumble of logs, sticks and varied flotsam that proved to be the lodge against the edge of the spit. 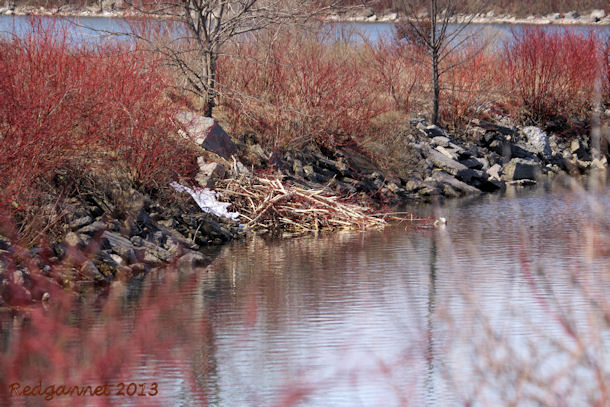 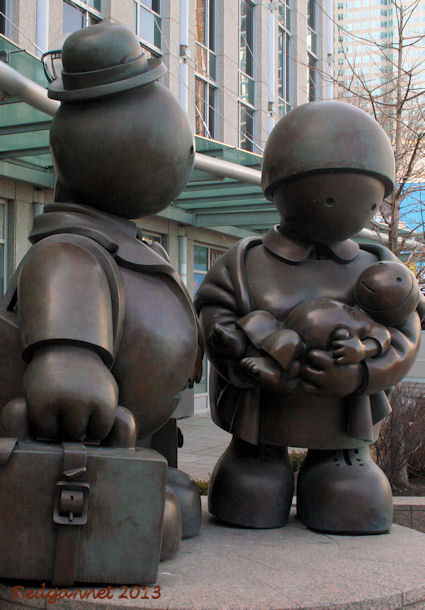 ‘Immigrant Family’ by Tom Otterness
In case you are given to xenophobia, check out the brass work by New York artist, Tom Otterness at the bottom of Yonge Street. You can’t help but luv ‘em.