The beautiful gardens at Kirstenbosch were living up to their billing this morning. Set on the lower, eastern slopes of Cape Town’s most prominent landmark, they are prone to the moods of the mountain, which was in a changeable humour today. 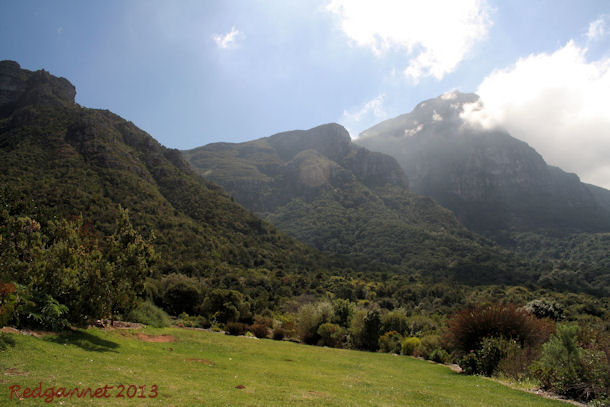 My first lifer of the year has been a long time coming, but only the second bird of the morning was a Black Goshawk that flew across the face of Table Mountain. 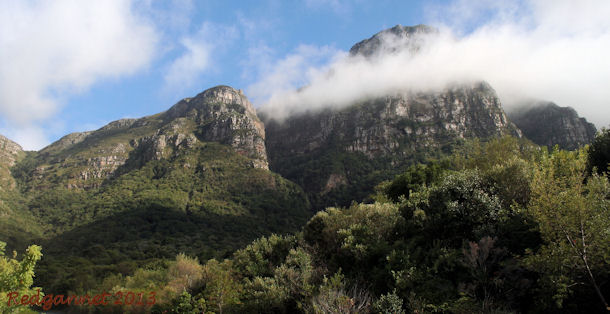 A small party of birds at the start of the Braille Trail included Cape White-eye, Southern Double-collared Sunbird and a Dusky-brown Flycatcher. Beyond that the trail was very quiet. 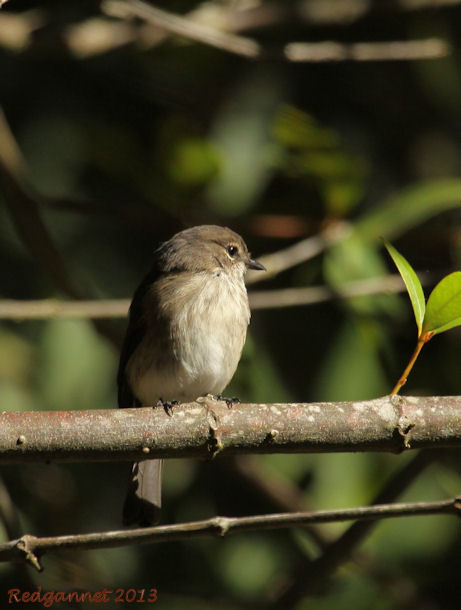 I emerged from the wooded slopes into the Erica Gardens where the sunbirds can usually be found and was treated to a Southern Double-collared Sunbird feeding from a flower and giving me my shot of the week. 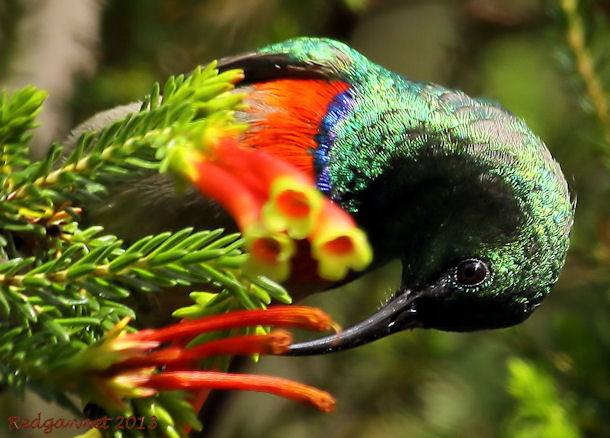 I recognised that I was close to the top of the Dell and went to visit Bob James at his memorial bench. I was sad to see that Bob had been joined by his wife Betty who died in 2012. This is where I usually start my search for the Spotted Eagle Owls. A pair can often be found in the vicinity, so my custom is to sit for a few moments with Bob and scan the area. 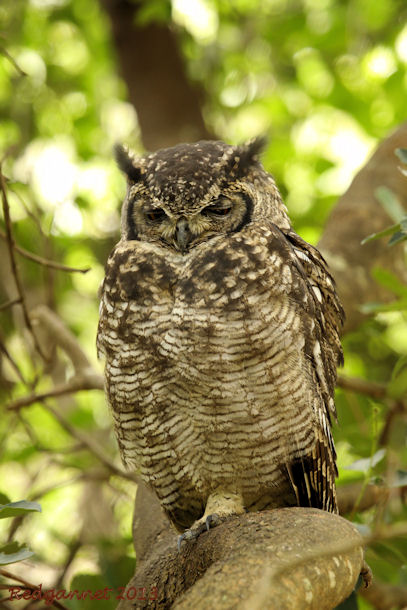 The Owls were quickly found in a Saffron Tree across the path behind the bench. The female was sitting out in full view, though shaded. The male was further back amongst the foliage in much deeper shade. Photographs were easy to get, but reviewing them in the bright sunshine was a mistake. The review screen could not compete with the sun and they appeared to be underexposed. I purposefully over-exposed to compensate. Reviewing in the hotel later, I realised that the camera’s built in light meter is far more accurate that my own eyes. Note to self; after you have spent a small fortune on technology, trust it! 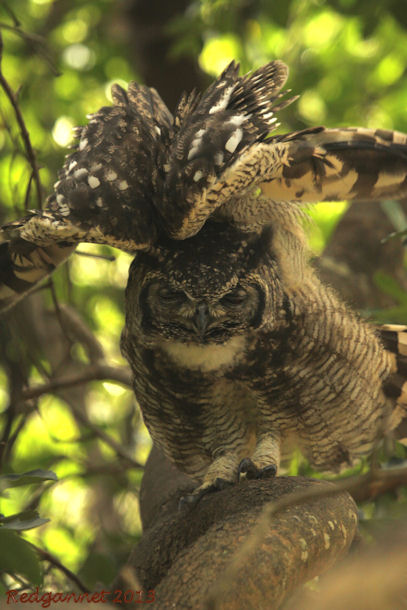 Having mucked about with settings and white balances, I was in completely the wrong mode when the owl suddenly became animated, so I have had to spend some time with my photo-editor to retrieve this one from the recycle bin. 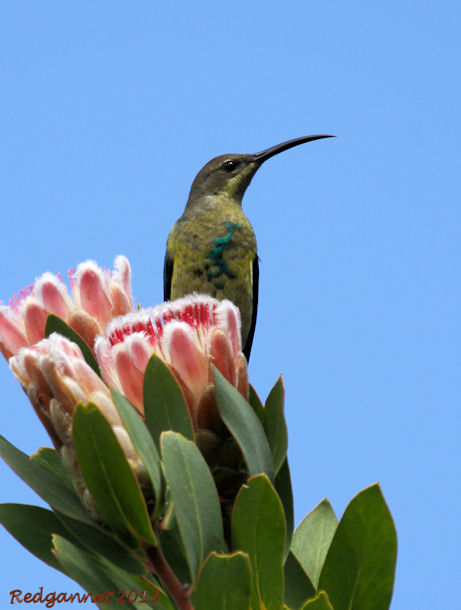 Further up the slope, examples of the characteristic cape flora can be found. Fynbos is a community of heathy, heathery, feathery plants beloved of Malachite Sunbirds and Orange-breasted Sunbirds. 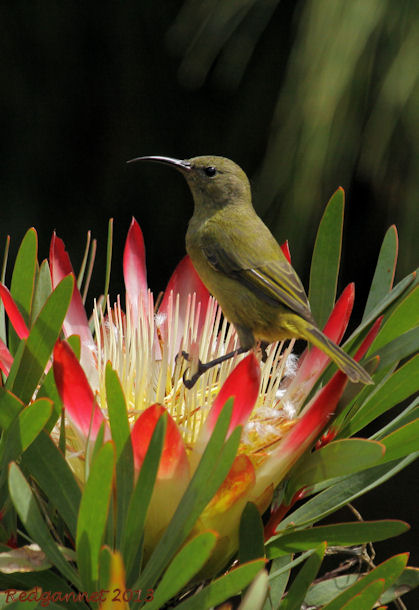 The protea garden is at the top of the slope and is the best place to look for Cape Sugarbirds. I missed them on my first circuit and had to go around again to find a few tucked away in a large bed without proteas. 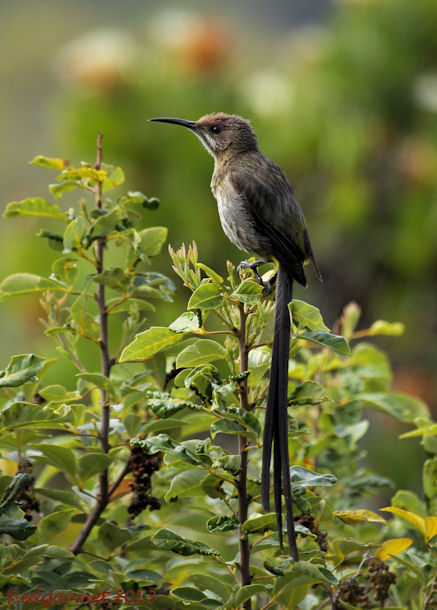 The juveniles and females have an elongated tail which is about the same length as their body. The mature males have a more extravagant appendage. 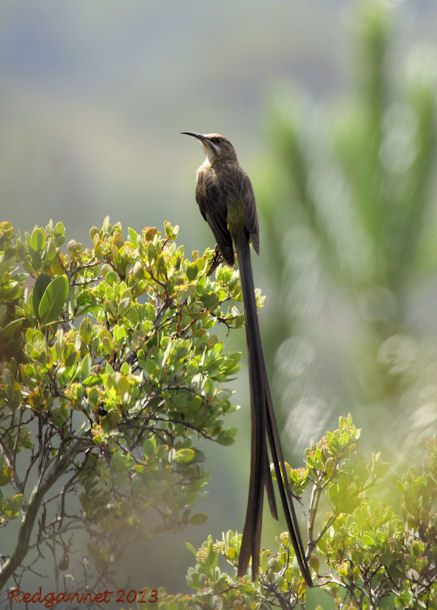 My reptile of the day was a very friendly tortoise, though I can’t reduce it to species level at the moment. 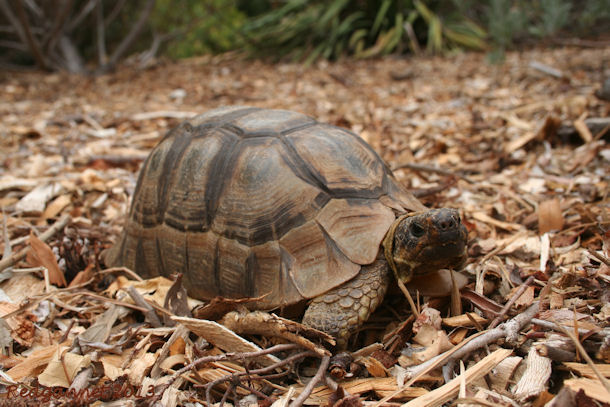