I was a little slow to rise this morning, but the promenade at Bantry Bay was very close by which enabled me to get right into the action. Beach Road runs along the edge of the Atlantic Ocean here and a couple of little car parks provide dry roosting and free food opportunities for the gulls (Google Earth ref; 33°55'20.02"S 18°22'38.84"E). Rocks on the shoreline below give sanctuary to the slightly less approachable birds. 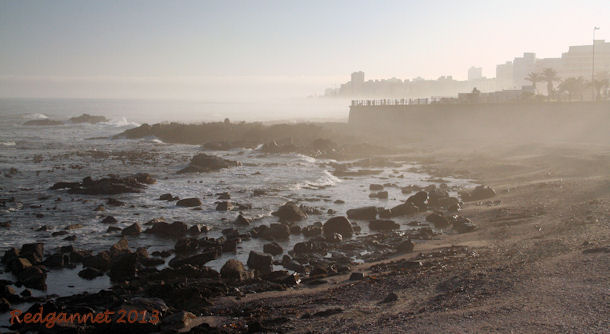 Kelp Gulls, Hartlaub’s Gulls and Sandwich Terns were wheeling around in the early morning light on the lookout for surface scraps as the waves broke on the rocks. 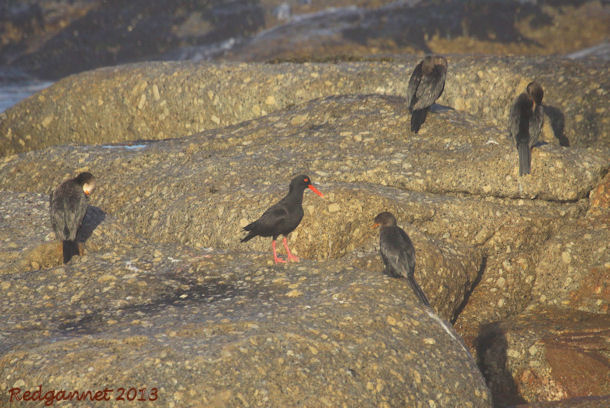 A few birds were roosting on the rocks beyond the spray zone. Cape Cormorants and Crowned Cormorants were seen in small numbers which would save me a job of having to get all the way down to Cape Point. The Spotted Thick-knee and Red-winged Starlings had been seen in the suburbs inland.
Birds seen; 10