They are always there - the voices in my head. Like the constant honking of a large flock of Canada Geese, they struggle against each other to make themselves heard until one catches my attention. ‘Paranoia’, ‘Self-pity’ and ‘Guilty Conscience’ will all have their say, but only I can hear them. Sadly the little voice known as ‘Check Your Roster Carefully’ has been strangely mute this week. If it had chirruped at the right time, I might not have missed my trip to Johannesburg. My boss at the airline was sympathetic, but The Management at 10,000 Birds have started ‘proceedings’.

I was de-rostered, then re-rostered but, with the greatest of respect to Denver, a snow-bound morning there does not quite compare with 2 days in South Africa. Having said that, the first thing I saw on getting down from the bus at 17th Ave and Madison St., was a pair of lions. 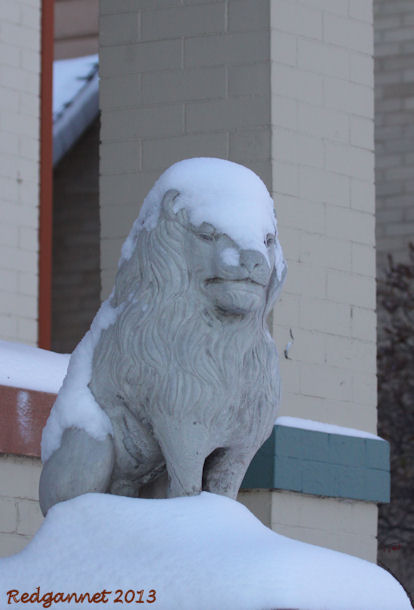 I had chosen to come to City Park (Google Earth ref; 39°44'45.35"N 104°57'16.41"W) as it was likely to be navigable today. Snow had fallen last night, but the ploughs had already been busy clearing the roads and paths by the time I reached the park at 07.30. The roads were still a little icy, but the fresh snow had been swept away and walking was easy.


Before crossing the road, I was stopped by a Brown Creeper that allowed me to approach very closely while it picked through the furrows of a rough-barked tree. I did not identify the tree; if anyone has any thoughts, they will be warmly welcomed. 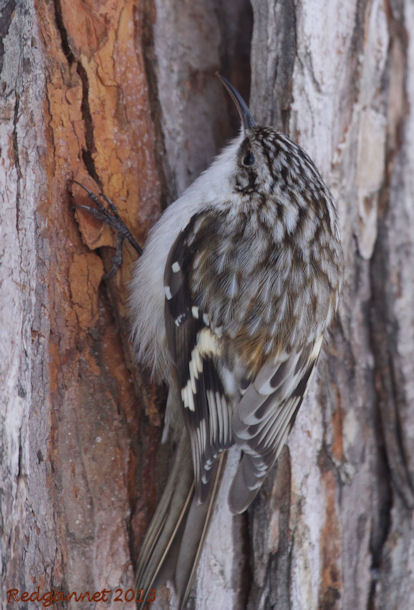 Across the road is Ferril Lake. Canada Geese were obvious already and their continuous honking provided the backing track for the morning. They looked as if they had been frozen into the ice and their lack of movement was rather disconcerting. In a tiny patch of open water a few ducks were seen. The Northern Shoveler may have been north of its normal winter range according to Sibley, so I made a point of getting a recognizable photo. On returning home, I noticed that the eBirders of Denver frequently record them here during the cold months. With them were a few Common Golden-eyes and Ring-necked Ducks.

Much to my shame, I missed the Cackling Geese. I noted that the Canada Geese were rather small, but didn’t spot that some of them may have been Cackling Geese. All the photos that I took contain Canada Geese, with no sign of the shorter neck and bill or the rounded head of the Cackling Goose. eBird reports from the park often mention both geese which makes me think that I should have looked more closely. One goose that stood out was a domestic Greylag? 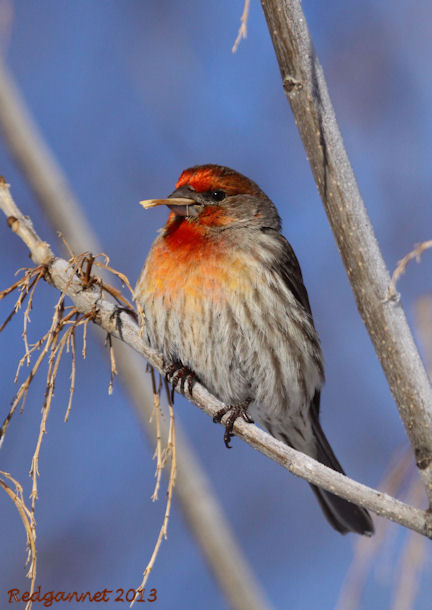 A soft call attracted me to a tree with hanging seed-heads. House Finches were feeding on the seeds and sat very well in the splendid early morning light. 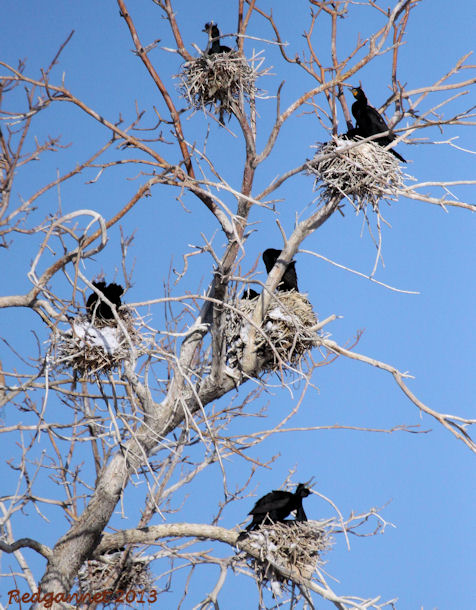 Beyond Ferril Lake is the Duck Lake. Google Earth’s image of the lake shows an island with white-washed trees, so it was no surprise to find a colony of Double-crested Cormorants there. 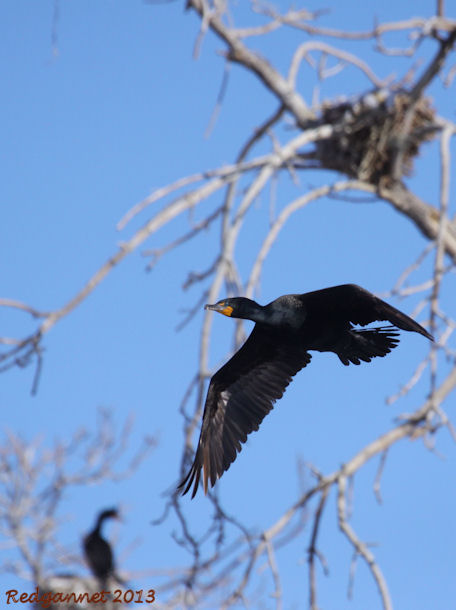 Many were in their nests with a few birds flying around carrying nesting material and gifts for their mates. The Denver eBirders record that the cormorants have only just begun to return after the winter. 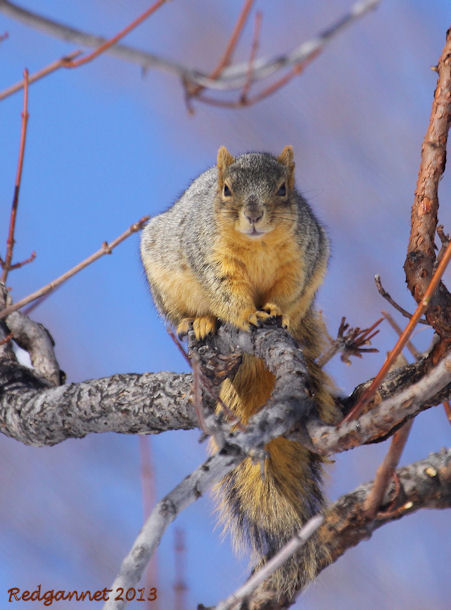 Fox Squirrels were very common in the park today. I presume that they hibernate to a greater or lesser extent, but there were plenty of them abroad on this cold, late- February morning. The bare trees made them very easy to find. 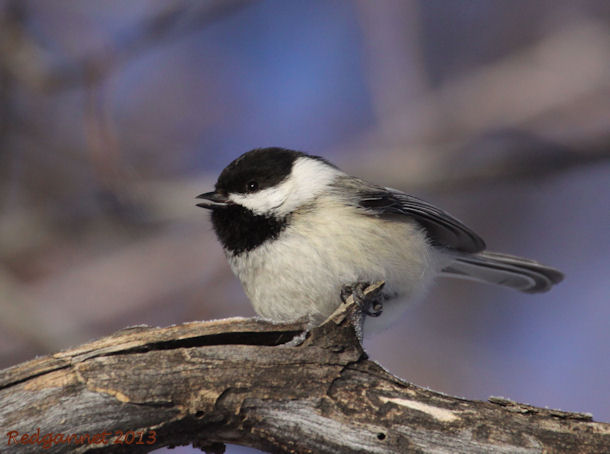 Black-capped Chickadees were also quite common in small flocks of 3 -5 birds. They were feeding busily and appeared to ignore my presence close to them. Red-shafted Northern Flickers were seen quite regularly through the morning. 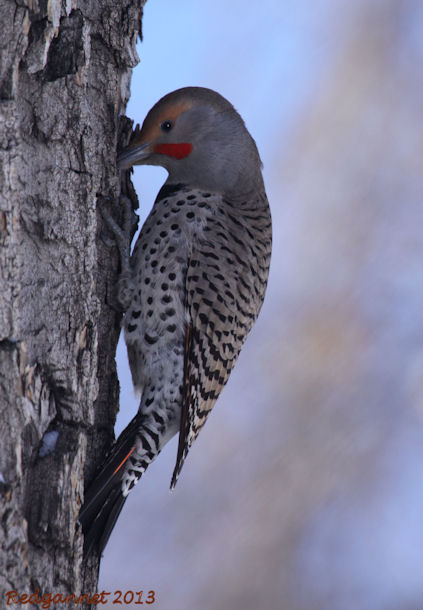 I had worked my way to the South-western corner of the park, close to the junction of 17th Ave and City Park Esplanade. There is a bus stop at Google Earth ref; 39°44'37.95"N 104°57'23.20"W. To round out the day a ‘Keeeer’ (thank you to www.xeno-canto.org for the embedded call) overhead and a shadow crossing the road, alerted me to three Red-tailed Hawks as they passed, low overhead. 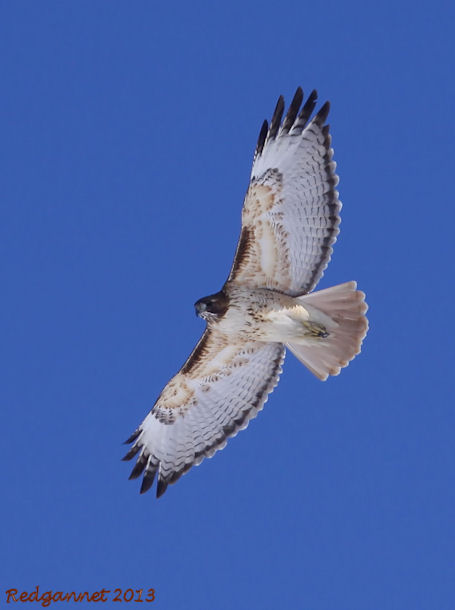 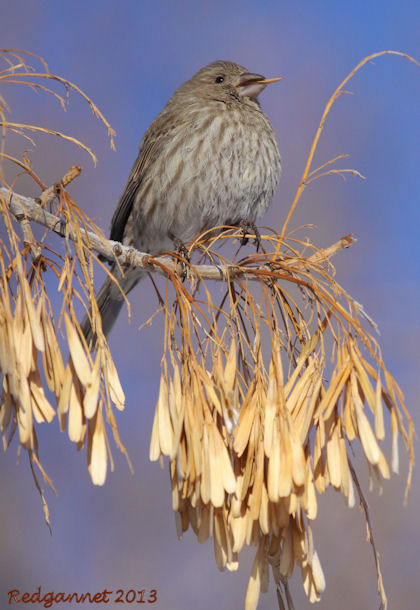 City Park lies to the east of downtown Denver, north of 17th Ave between City Park Esplanade and Harrison St. Bus no. 20 has 4 request stops along the avenue and costs $2.25 from downtown Denver, just 2 miles away. It backs onto the zoo which may account for a few unrecognizable calls close to the fence.
Posted by Redgannet at 23:16