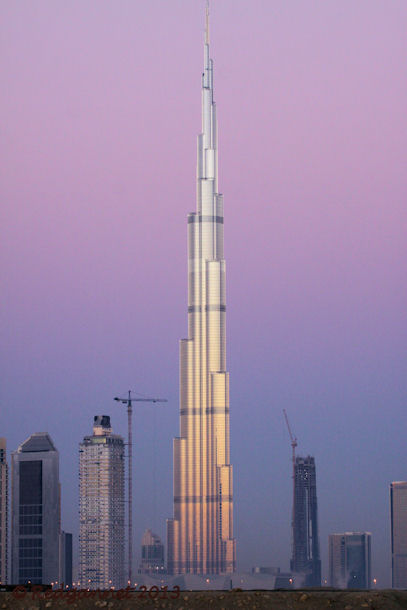 Readers of this blog, intelligent people obviously, will already be aware of the advantages and pleasures of early mornings, but just in case you need a graphic example to encourage you from your beds, these pictures of the Burj al Khalifa were taken just 2 hours apart! 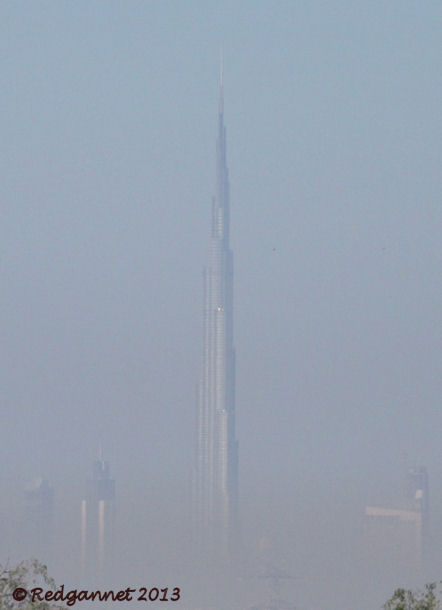 Mushrif Park carries a UAE Dirhams 10 entrance charge for cars. It only costs 3 Dirhams for pedestrians, so the small area to the left of the entrance booth was busy with parked cars this morning (Google Earth ref; 25°13'28.23"N 55°27'8.09"E). Members are allowed early entrance, but the rest of us had to wait until 08.00. Most of the other people waiting to get in were joggers and warmed up in the small car park while I wandered about in the scrub picking out the expected White-eared Bulbuls, Red-vented Bulbuls and Purple Sunbird. 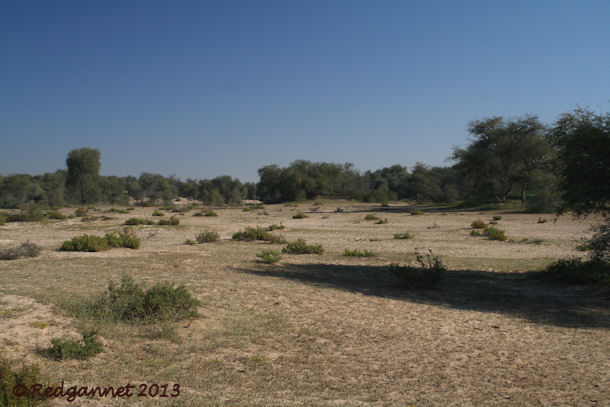 Two Eurasian Hoopoes were interacting in a fascinating encounter. Bills locked, their barred wings whirred in a strange optical effect as they rose together into the air. I think that they were both males and that a third bird was possibly a female, so this was possibly a display or an aggressive encounter? If anyone has any thoughts, I would be interested to hear them. 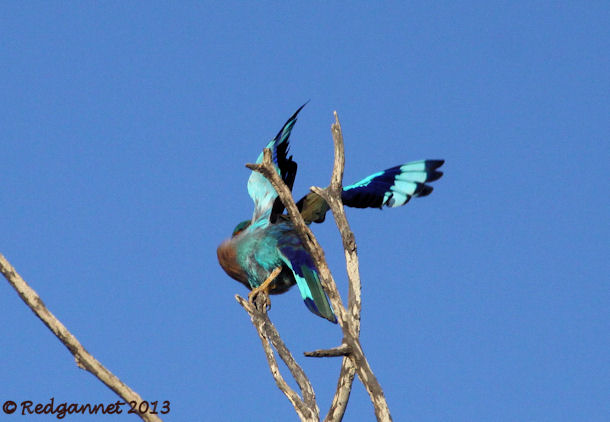 Once 8 o’clock came, I drove into the park and took the anticlockwise route that starts at a right hand turn shortly after the entrance. The route describes a circle of about 2.5 miles circumference along a one-way paved road. Grey Francolins were calling and an Indian Roller narrowly escaped having his picture taken. The rollers were seen throughout the morning, but expertly eluded me each time. 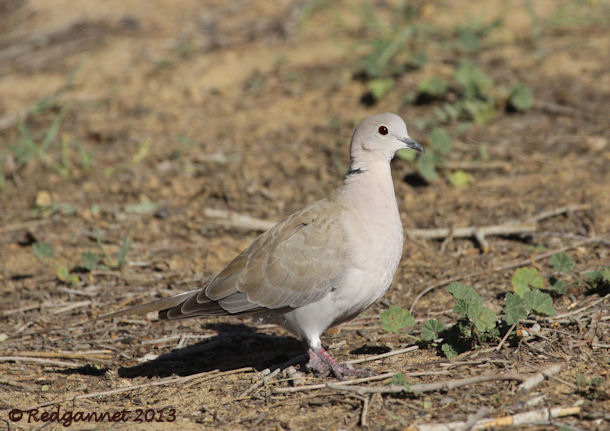 The most obvious bird in the park, both visibly and aurally were the doves, especially the Eurasian Collared Dove. Their numbers were augmented by Laughing Doves that added to the surround sound of the morning (thanks again to Xeno-canto for use of their sound archives and facilities).  Occasionally they would be joined by a Rose-ringed Parakeet. 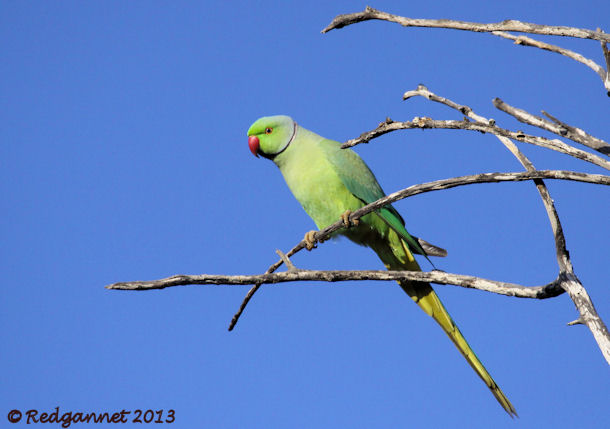 The park is popular with picnickers in the evenings and small car parks and barbeque facilities are provided at regular intervals. I stopped at one such car park to chase a potential Arabian Babbler. A large brown bird had flown up into a tree as I approached, but I could not find it again, so turned my attention to the Pallid Swifts instead. Having taken about 200 shots at the swifts, I eventually got one that I liked. 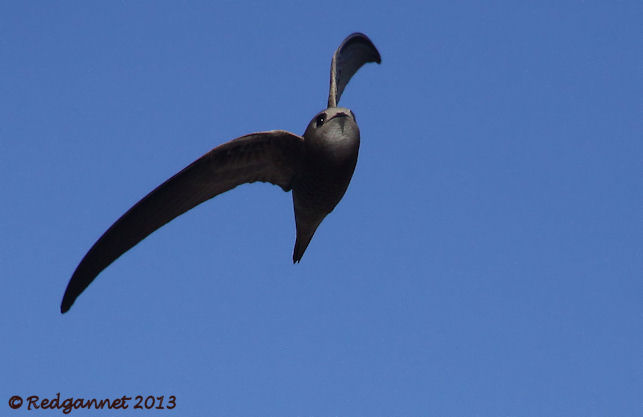 I had been surprised to see a Eurasian Marsh Harrier earlier in the day and was able to return the favour by shocking the bird as it came low over the trees nearby. It panicked when it saw me and nearly stalled in mid-air as it tried to stop and turn around. 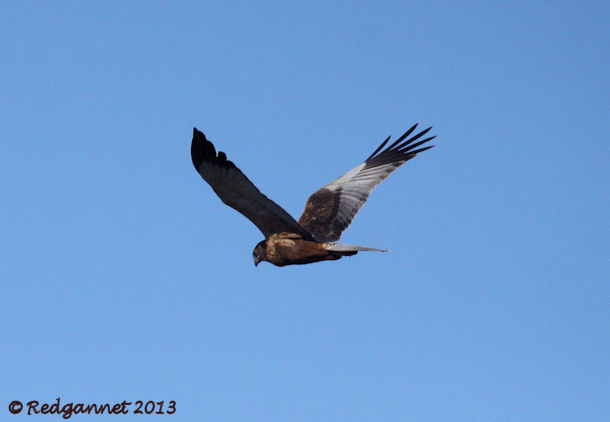 There is a road that cuts back to the centre of the circle. It is sign-posted to the equestrian centre and comes out by the mosque, adjacent to the grassy area where the Pallid Scops Owl may sometimes be seen at dusk. I had popped in quickly on the previous evening, but neither saw nor heard the owl. Nor have I seen any evidence or reports that the owl is still seen here regularly. I must follow that up. 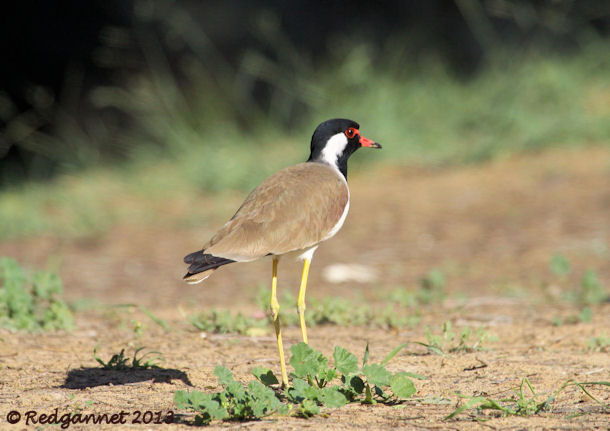 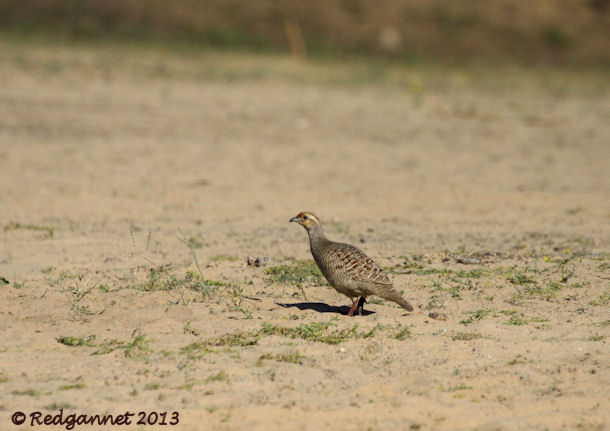 For previous visits to Mushrif Park see the links below;
http://redgannet.blogspot.co.uk/2011/10/approach-road-to-mushrif-park-is-lined.html
http://redgannet.blogspot.co.uk/2012/11/mushrif-park-dubai-november-2012.html
Visit the dedicated Middle East page for more posts from Dubai, including; Ras al Khor  and SafaPark.
Posted by Redgannet at 10:06