As so often happens, the main excitement at Tai Po Kau came in the lay-by at the entrance to the reserve. As soon as I crossed the road from where green minibus 28K dropped me, birds began to show. Scarlet Minivets are my favourite bird here and were the first to be seen in small numbers. They were part of a feeding group that spent about 20 minutes in the trees at the north-west end of the lay-by. 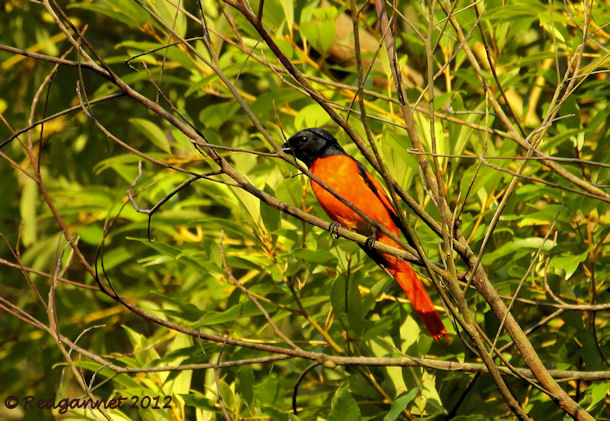 Accompanying them were the usual suspects including Japanese White-eye, Great Tit, Yellow-browed Warbler and Velvet-fronted Nuthatch. The nuthatch is one of the denizens of Tai Po Kau that have made a home there after escaping from captivity. 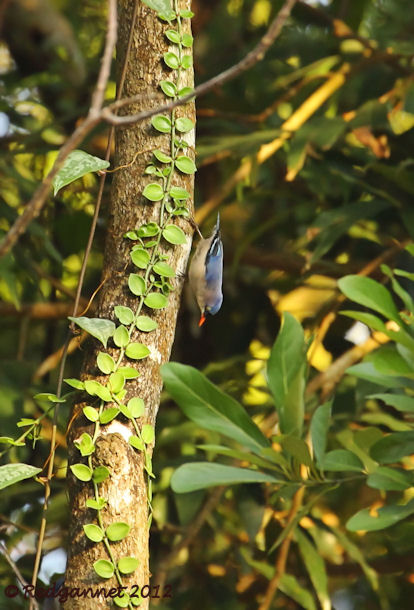 Depending on how neurotic, beg your pardon, diligent, you are about your life list, it is well worth checking the field guide to confirm status of many of the Tai Po Kau songbirds. Other species that have established a population from originally captive stock include Blue-winged Minla, Silver-eared Mesia and Rufous-capped Babbler. 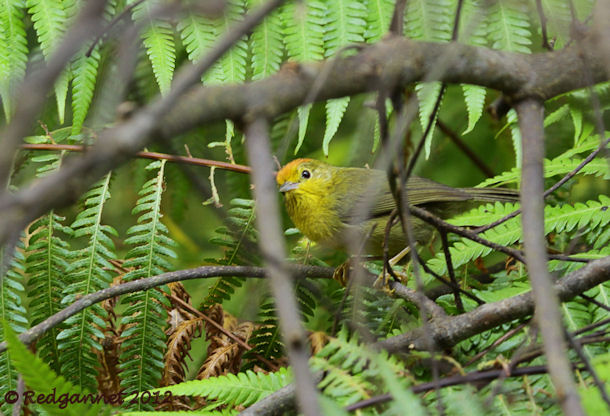 Thirteen of the visit’s twenty birds were seen at the lay-by before even starting up the hill, including this morning’s life bird, a Black-winged Cuckoo-shrike. 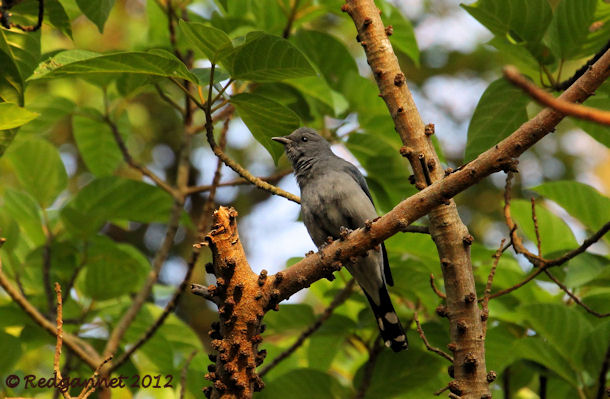 Up and into the forest I went. The coral trees have showy red flowers that attract many varieties of bird, but at this time of year they are in leaf rather than flower. 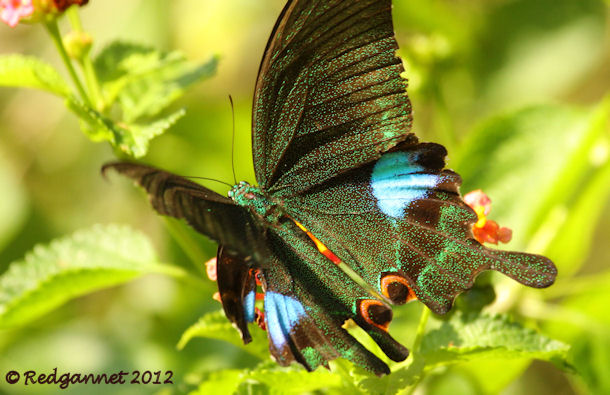 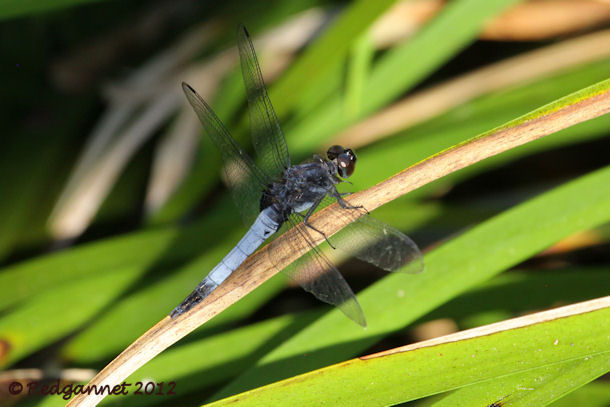 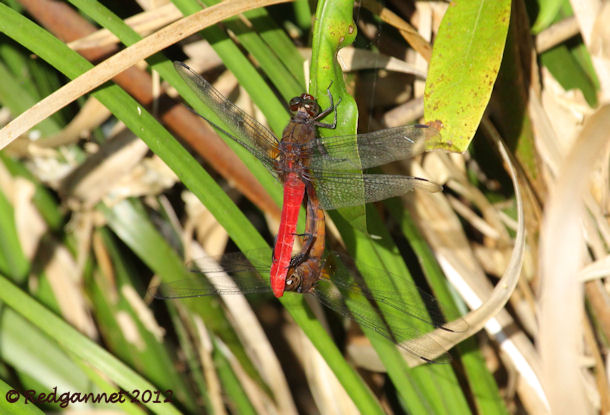 
Following the road around gives access onto the path system. I suspect that there may be an aviary or exotic collection in one of the private houses there as many unlikely calls emanated from beyond a fence. 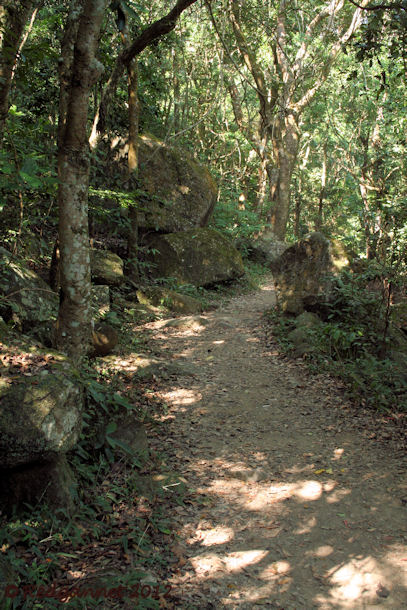 As usual, I chose the Red Route which describes a 3 km loop through the forest. A few steps and slightly rough stretches of path exist, but for the most part, the route is easy to walk and well maintained. 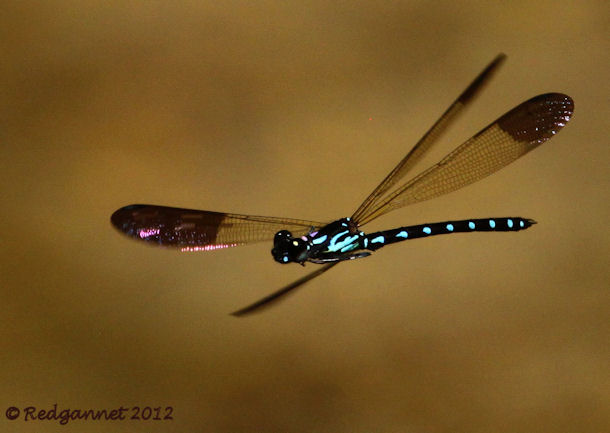 Very few birds were seen for the large part of the walk, with a consistent call frustrating me. As I came full circle, the path crosses the stream and a Common Blue Jewel, Rhynocypha perforata, damselfly caught my eye. A few males were jousting above the stream’s surface while females waited provocatively. 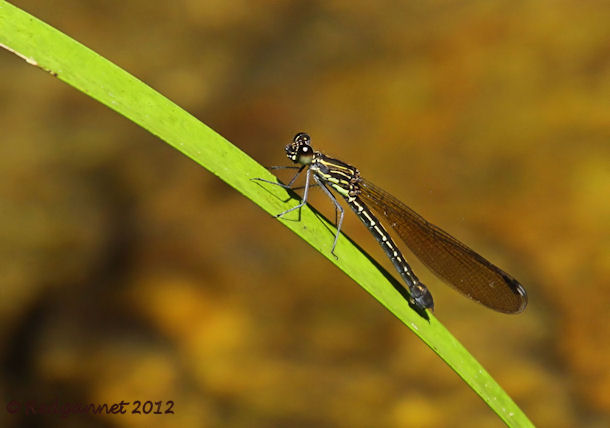 
Visit the dedicated Asia Page for more from Hong Kong, including; Sha Lo Tung and Long Valley.
Posted by Redgannet at 09:01