It seemed as though the Hong Kong Transport System was toying with me this morning and I would swear that I spent more time waiting for buses than bird watching. It was already light when I arrived at Yin Kong and the ladies were busy tending their crops, seemingly too busy to point and laugh as is their custom. 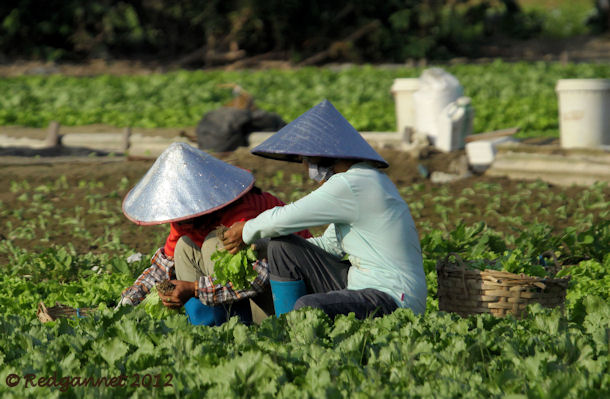 The approach to the lettuce fields had already brought Red-whiskered Bulbul, Nutmeg Mannikin and an Asian Koel which was strangely subdued this morning. The camera was playing up again and struggling to gain focus. Even using the Live View function with the 10x magnification focussing facility, the pictures were soft and fuzzy. A Light-vented Bulbul, greeting the dawn with a lusty song, looked great in the Bushnells, but proved to be a big disappointment through the Canon. 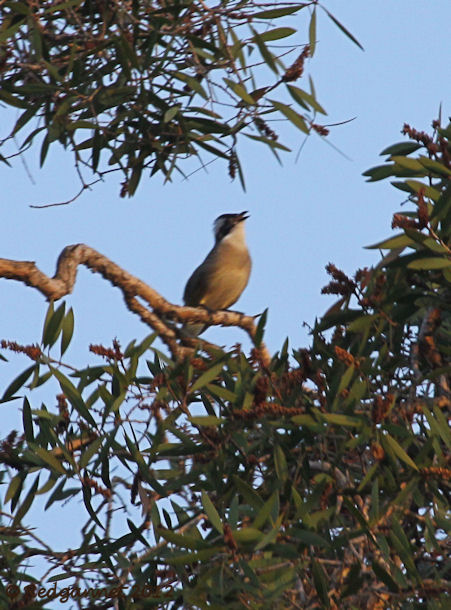 Motacillas were abundant this morning with (White-faced) White Wagtails being the most numerous. I would usually have photographed the pipits for later perusal, but the indistinct supraloral stripe and a relict shade of red on one of them made the identification of the Red-throated Pipit straightforward. 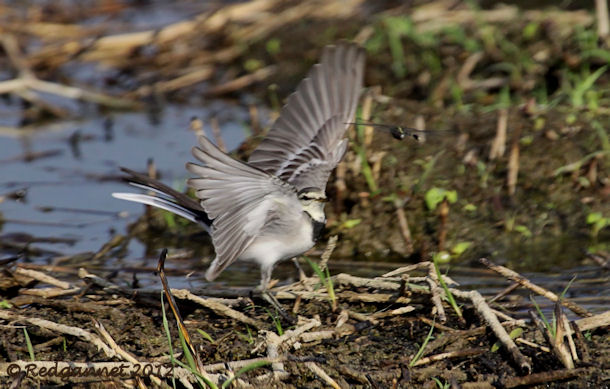 It would not help to describe a route through the agricultural plots of Long Valley.
The bunds are higgledy, the paths are piggledy and it is quite easy to lose one’s sense of direction (the area is only small and surrounded by either river or exit, so the chances of actually getting lost are minimal). A large expanse of tall grass had been cut since my last visit and the boggy result was seething with birds. Little Egrets, Chinese Pond-herons and Wood Sandpipers were all greatly outnumbered by wagtails in various plumages. Dusky Warblers "Tchacked" their way through what was left of the standing vegetation at the top end. I hesitate to use the word flock for a group of Oriental Skylarks, as I have never seen them grouped together before. Larks are often referred to as an exaltation, but these birds were sitting quietly on a dry patch in the middle of a boggy mess, not really living up to the billing. The collective term, ‘slump’ came to mind. 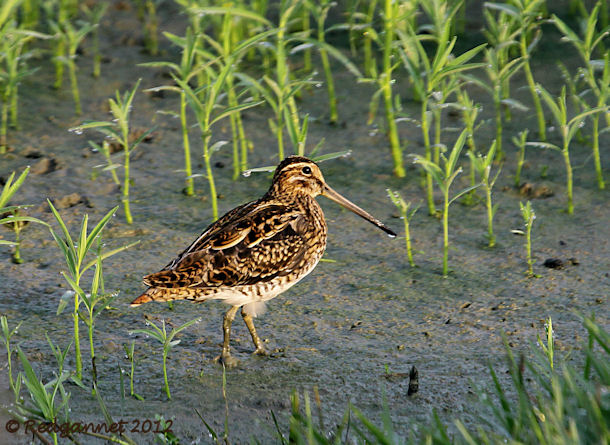 A Common Snipe was big enough in the frame for the focussing problem to be not too apparent, but the Common Kingfisher felt like a missed opportunity. 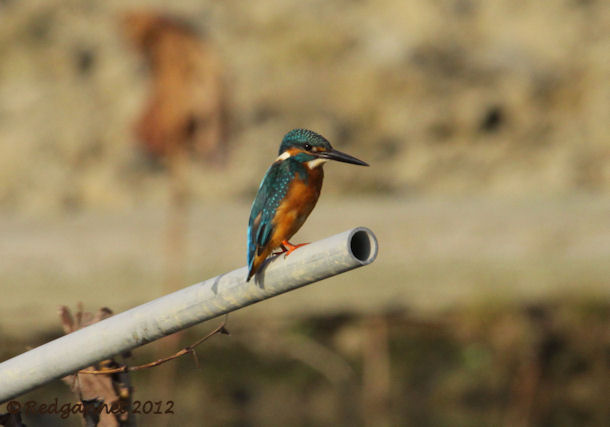 Deep into the fields is a chain-link fence bordering a couple of fallow ponds.Growth here has overgrown the fence and provided an effective hedge which gave cover to a young Slaty-breasted (Banded) Rail. It lurked in and out of cover, coming out into the open and I was cursing my inability to focus at less than 10 meters. 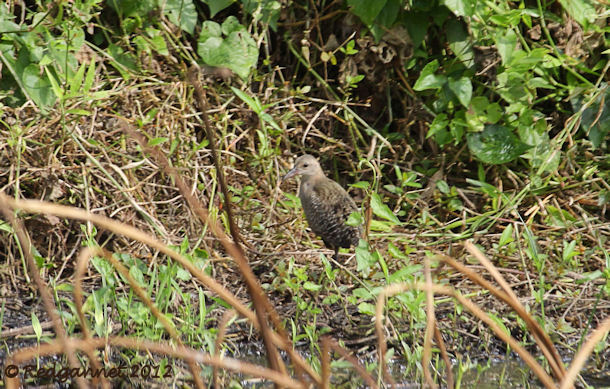 An Oriental Greenfinch stopped by. It was only later that I realised that it might provoke an eBird email, but it would not have made a good picture today. The yellow windows in the wings were clear to see as it flew and the green body with a grey head were enough for me to be sure. 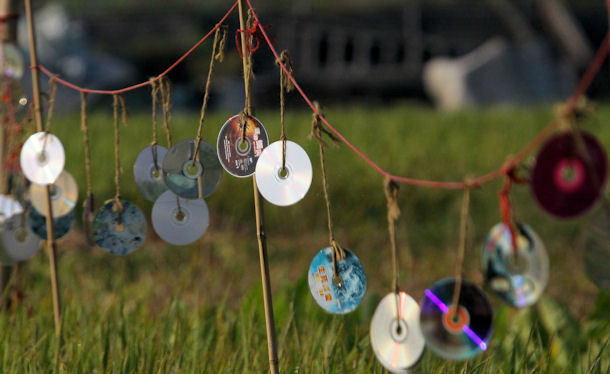 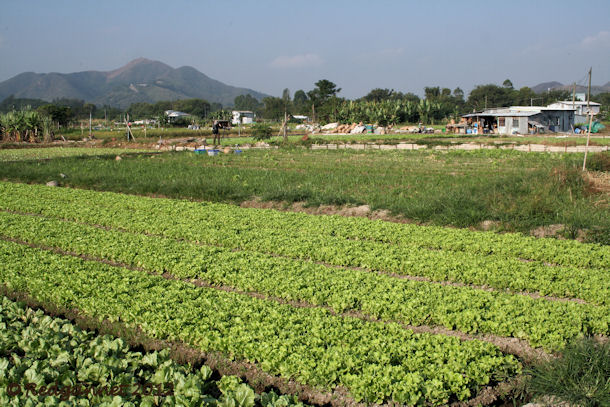 To reach Long Valley at Yin Kong, Take Bus 76K from Sheung Shui Rail Station on the East Line. Ask the bus driver for Yin Kong, on Castle Peak Road (Google Earth ref; 22°30'17.11"N 114° 6'39.78"E). If the bus stops immediately after a right turn, you have passed the entrance to the lettuce fields. Retrace your steps for about 400m. If the bus tries to drop you on the edge of a motorway, you are about 200m short of the turn. To access the East Line via the MRT from Hong Kong Island can be a bit convoluted.  Bus N170 runs all night from outside the World Trade Centre in Causeway Bay. Using this bus allows you off the island before the MRT starts up in the morning.
Follow the links below for more posts from Long Valley.
http://redgannet.blogspot.co.uk/2011/01/hong-kong-twitching-pt-2-long-valley.html
http://redgannet.blogspot.com/2011/10/long-valley-hong-kong-oct-2011.html
http://redgannet.blogspot.co.uk/2012/03/long-valley-hong-kong-march-2012.html
Visit the dedicated Asia Page for more from Hong Kong including, Mai Po and Tai Po Kau.
Posted by Redgannet at 08:36