A few birds made it on to the list as I made my way there. Pygmy Nuthatches were as common here today as I have ever seen them. White-crowned Sparrows and Golden Crowned Sparrows were easy pickings too, but the Fox Sparrow was my first of the year. 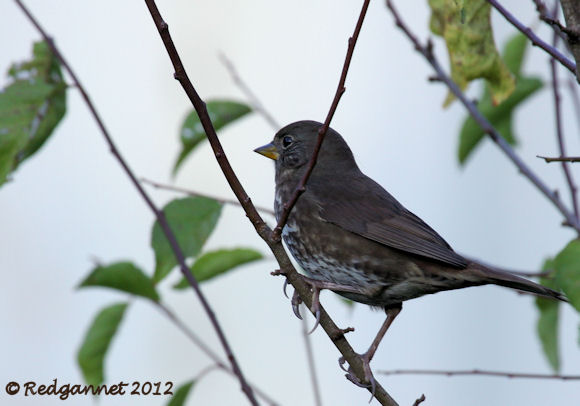 Anna’s Hummingbirds were not as abundant as yesterday, but a fair few were seen just the same with this one found opposite the Arboretum. 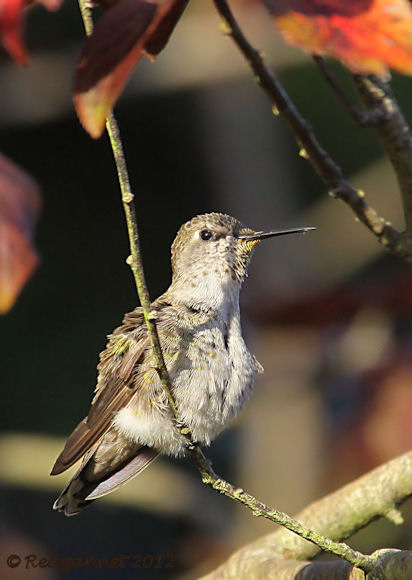 Once I reached Stow Lake, I immediately noticed that it was much quieter than my previous visit. That was an early spring weekend and there had been many bird feeders scattering their largesse throughout the Stow Lake area. This was an autumn Wednesday and the place was almost exclusively mine. There were plenty of Western Gulls on the lake with Mallard, American Coots and a couple of Pied Billed Grebes. In the trees and tangles around the bank were plenty of sparrows, a Townsend’s Warbler and some Red-winged Blackbirds. 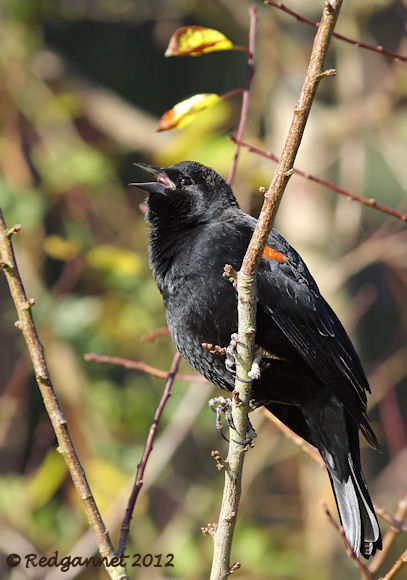 The blackbird was singing, but not with the accustomed refrain of “Kong-koreeee”. I was drawn to him and noticed that it was the bi-coloured form with a shorter, raspy “Ookreee-oh”. 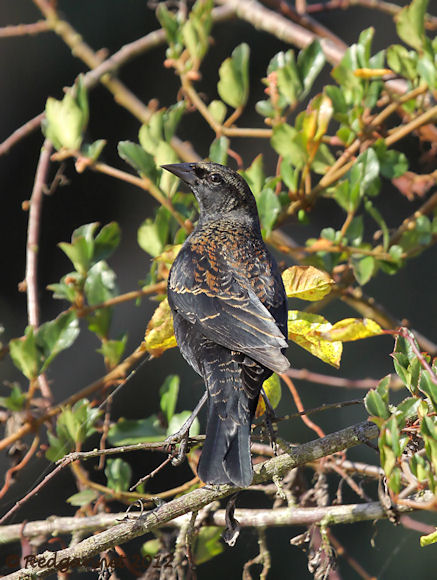 There is an island in the lake with bridges crossing to it from the south and the north banks. More Pygmy Nuthatches were seen picking through the opening pine cones. At the top of the hill is a small reservoir which feeds a small waterfall. 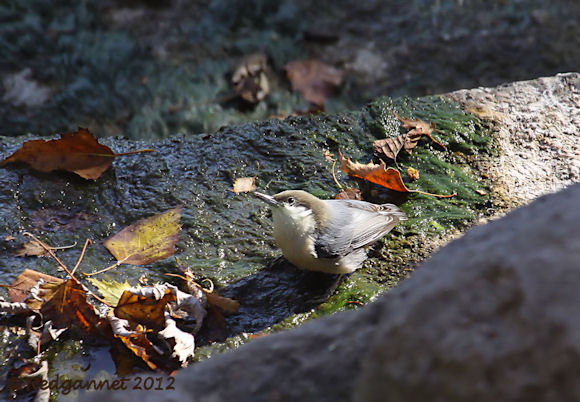 Today, the falls were dry, but amongst the rocks a couple of pools and damp patches were attracting small birds to drink. It was the first time that I had seen either a Ruby-crowned Kinglet or a Pygmy Nuthatch at ground level. 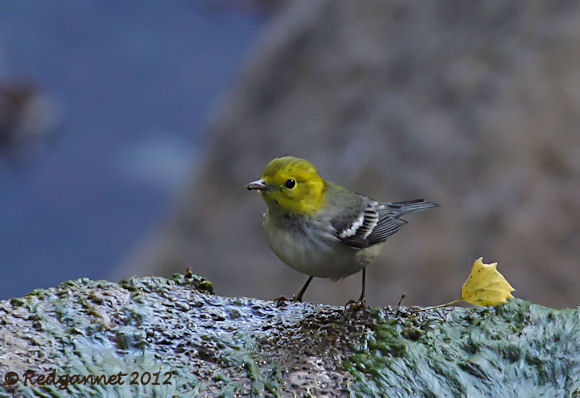 They were joined by a Hermit Warbler, giving me the best view that I had ever had of one of these. In the trees surrounding the small waterfall, there was plenty of activity with Chestnut-backed Chickadees, Red-bellied Nuthatches and Orange-crowned Warblers joining in. 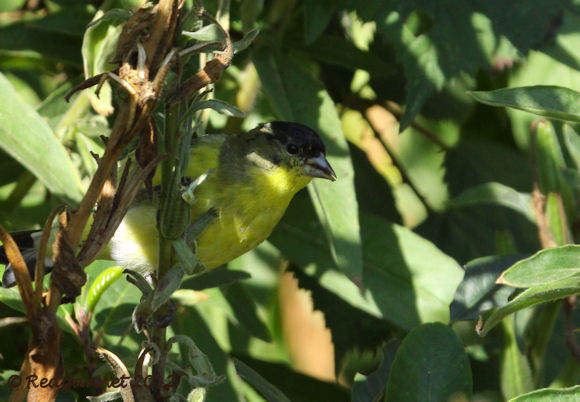 Back down on the rocks the stage had been taken by a Swainson’s Thrush as some Lesser Goldfinch fed nearby. The waterfall on Strawberry hill was very productive and I was delighted to find the Hermit Warbler after a stringy sighting on my last visit.
Birds seen; 23
Mallard 50, Pied-billed Grebe 2, American Coot 12, Western Gull 150, Anna’s Hummingbird 5, Chestnut-backed Chickadee 8, Bushtit 6, Red-breasted Nuthatch 4, Pygmy Nuthatch 45, Ruby-crowned Kinglet 2, Swainson’s Thrush 1, Orange-crowned Warbler 2, Yellow Warbler 1, Yellow-rumped Warbler 3, Townsends Warbler 8, Hermit Warbler 1, Fox Sparrow 1, Song Sparrow 6,White-crowned Sparrow 10, Red-winged Blackbird 5, Brewer’s Blackbird 25, House Finch 8, Lesser Goldfinch 5.
Bus no 71 runs from Downtown San Francisco along Market Street before cutting up onto Haight St. There were many vagrants at Stanyon Street, so I stayed on the bus until 9th Street (Google Earth ref; 37°45'57.32"N 122°27'59.35"W). This is convenient for the arboretum which opens at 10.00.
Visit the dedicated USA and Canada Page for more from San Francisco, including Palo Alto Baylands and Golden Gate Park. Other destinations on the west coast include Los Angeles and Seattle.
Posted by Redgannet at 22:30