Vancouver for the last time? Oct 2012

In this post, I say goodbye to Vancouver. Rising fuel prices are crippling profits, so in an attempt to reduce fuel burn, the company have transferred this route to a younger and above all, lighter fleet of crew. The heavy weight of experience carried by us old-timers burns no extra fuel and in the absence of Vancouver flights, will be put to use on the Boston flights which have come full circle and are to be welcomed back to the Heritage Fleet rosters. 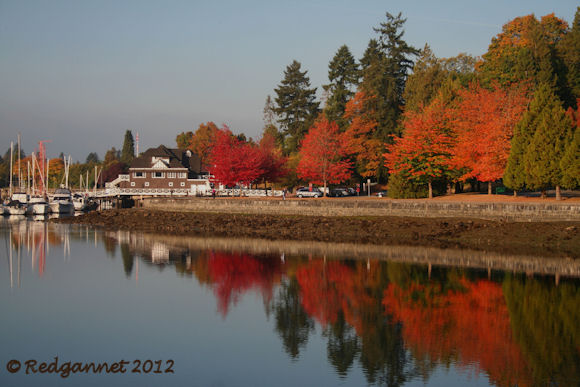 Grouse Mountain was shrouded this morning, so I returned to an old favourite in Stanley Park. This is a place that I will greatly miss until the transient management decision-makers change their minds again. Lost Lagoon was, as ever, covered in Canada Geese and Mallard. Glaucous-winged Gulls, a few Wood Duck and Great Blue Herons were also seen on the water with American Robins, Song Sparrows and a Northern Flicker in the trees and bushes away from the bank. I moved quickly through to the outdoor swimming pool area. A Bald Eagle was perched at the end of a rocky breakwater, but took flight at my approach. 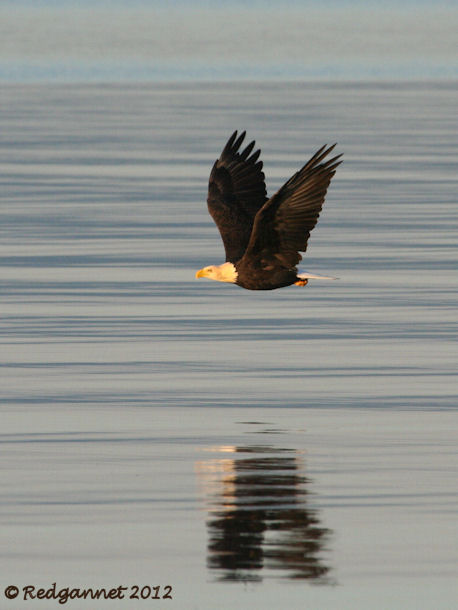 The seawall route around the park is one-way, anti-clockwise, for bicycles, so I had to return back past the lagoon to conform. As I passed the totem-poles, a Bald Eagle swooped down from its vantage point on a tall pine tree and tried to take something from the water. All I could see out there were Mew (short-billed)Gulls and Glaucous-winged Gulls which were making a terrible fuss about the eagle. 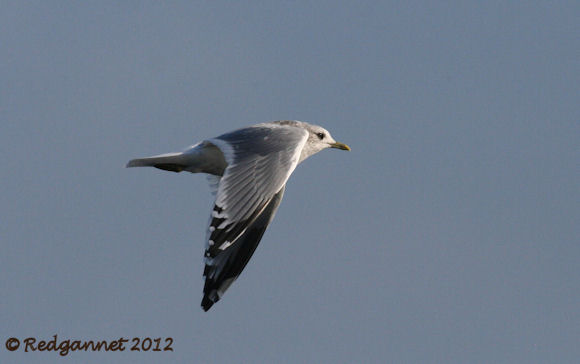 Different populations of Bald Eagle specialise in different prey, often showing a preference for fish or fowl. I have not seen a successful hunt in Vancouver and am not familiar enough with them to say which they favour. I am still none the wiser after this miss, but it returned to its perch at the top of the tree to pose for pictures. 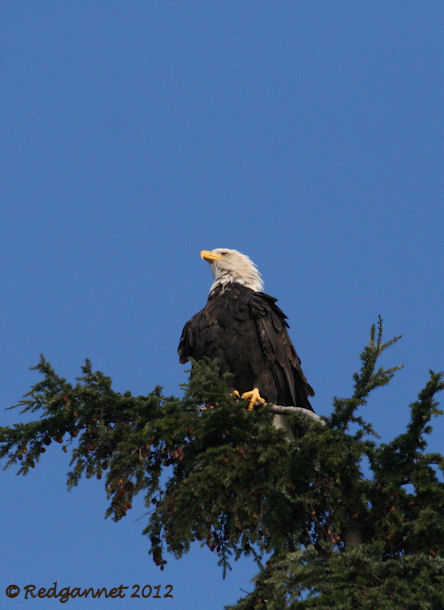 Beaver Lake is becoming more and more clogged despite the beavers’ attempts to raise the water level by blocking the drains. Mallard and Wood Duck came close, hoping to be fed. 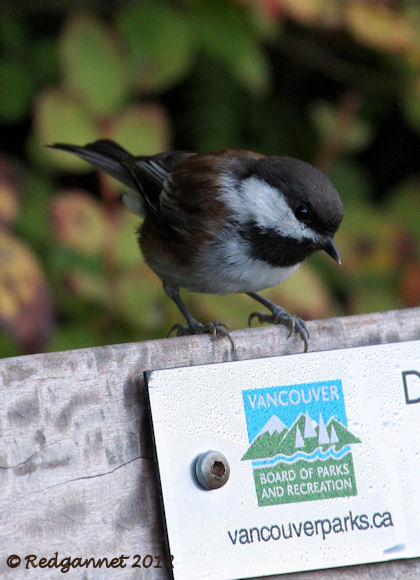 Black-capped Chickadees, Chestnut-backed Chickadees and Dark-eyed Juncos are used to free hand-outs here and have been acclimatised to expect food from people, even taking food from their hands. 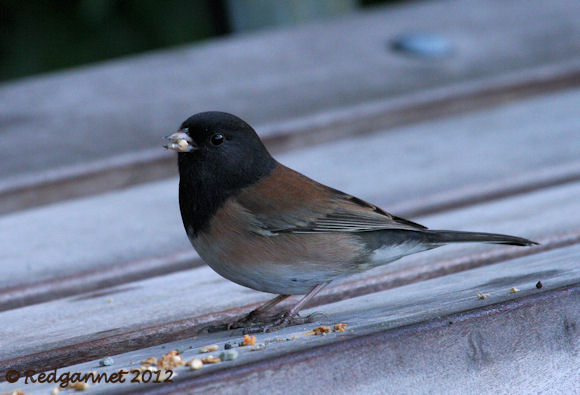 During a walk around the lake, a flock of Pine Siskins were seen feeding in the Alders. A Pacific Wren and a couple of Ruby-crowned Kinglets were also seen picking through the lower tangles. 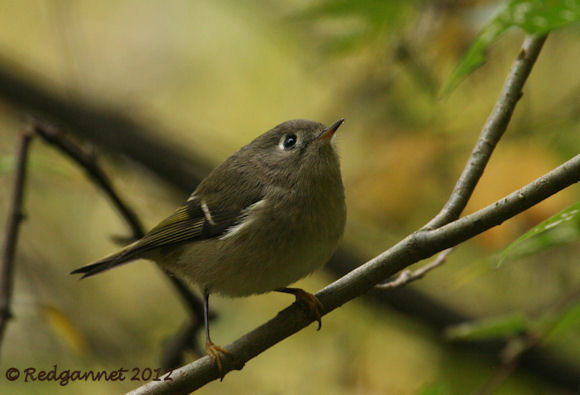 Back on the seawall, I continued my circuit, passing under the bridge where a flock of Brandt’s Cormorants were resting on the base of the support. More were seen on the cliffs on the land side of the wall where a shower of feathers betrayed the presence of a Peregrine Falcon plucking its lunch.

A Red-necked Grebe was seen beyond the iconic, Siwash Rock and moments later a Harlequin Duck whooshed past, fast and low across the water. 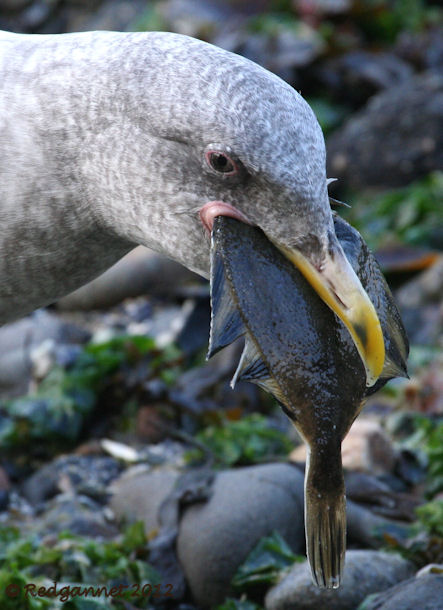 Previous reports from Vancouver have featured the astonishing gluttony of the Glaucous-winged Gulls and their determination to eat anything that they can get down their throats. This week it was a small flat fish (Starry Flounder?) that just would not fit.

The tide had been low during the morning, but had been ripping through the straight under the bridge. It was rising quickly now and some Black Oystercatchers that I had seen from further back, were now marooned on their rocky roosts. 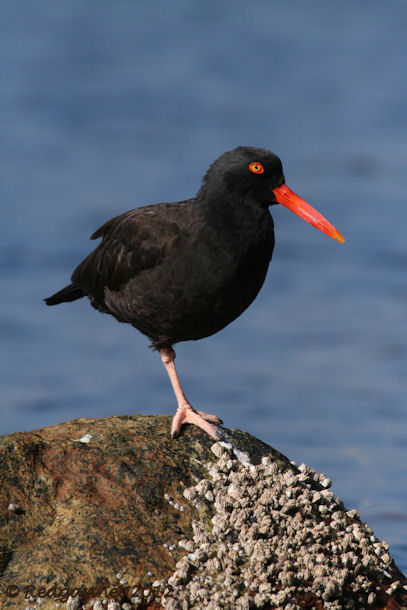 I clambered down onto the beach to get a closer look and found a flock of Pine Siskins which appeared to have come down to the water’s edge for a drink. Is it usual for a bird to drink salt water when there is plenty of fresh water available nearby? 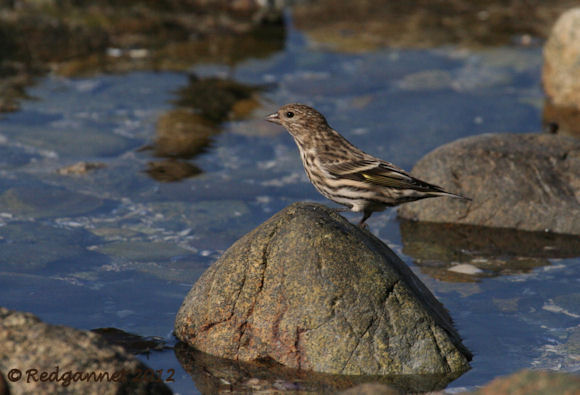 My full circle brought me back to the swimming pool which had been closed to the public on Labor Day (5 weeks previously). Since then it has become the domain of gulls and the North-western Crow. 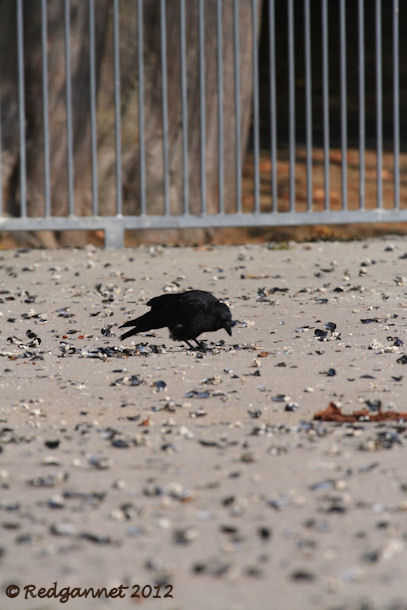 The crow has been responsible for making a fantastic mess. They prise mussels from rocks during low-tide and carry them high before dropping them onto the hard surface of the pool surround. The shell cracks and voila! Moules tartare! 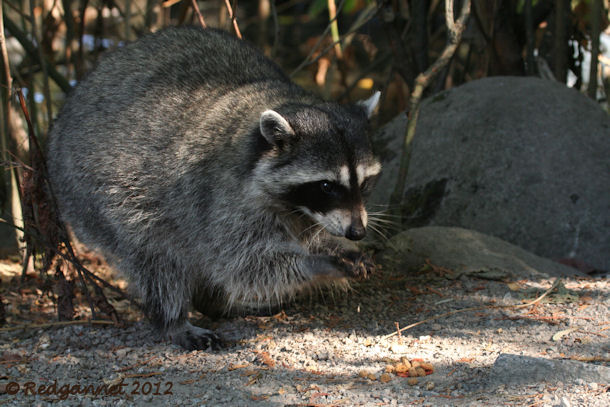 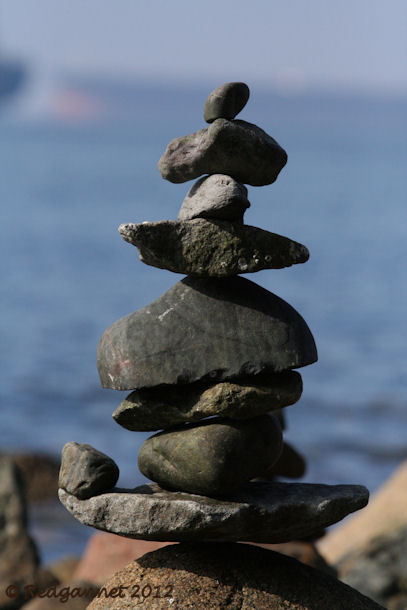 Follow this link for a map of Stanley park