Once a post for the US Army, Presidio is now administered by the National Park Service  as a National Recreation Area. It is an area of prime real estate looking north towards the Golden Gate Bridge. In the bay to the north-east, Alcatraz Island can easily be seen. Much of Presidio is prized residential suburb and golf course, with wooded  pockets that have been left as wildlife boltholes. One such pocket is described on Google Earth (ref; 37°47'45.81"N 122°26'57.74"W) as the Simonds Loop Bird Watching Area and is easily reached from downtown by using Bus no 45. 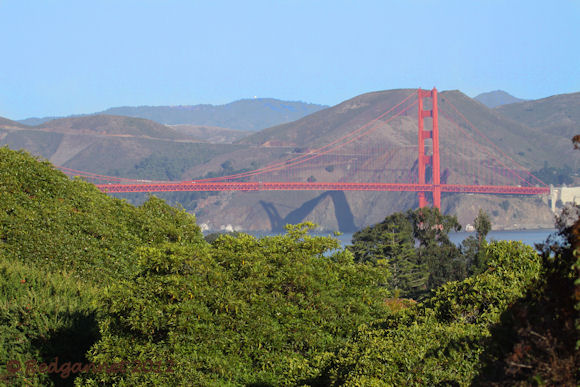 The north-facing slope below Sherman Road has plenty of berry bushes (as well as some very familiar brambles that looked like Blackberry bushes) and many birds were feeding there. House Finches were the first birds seen this morning, quickly followed by a small flock of Yellow-rumped Warblers. American Robins were very shy and flew off at my approach. White-crowned Sparrows were common with a few Golden-crowned Sparrows seen too. The nearby eucalyptus trees attracted high perching Common Ravens. 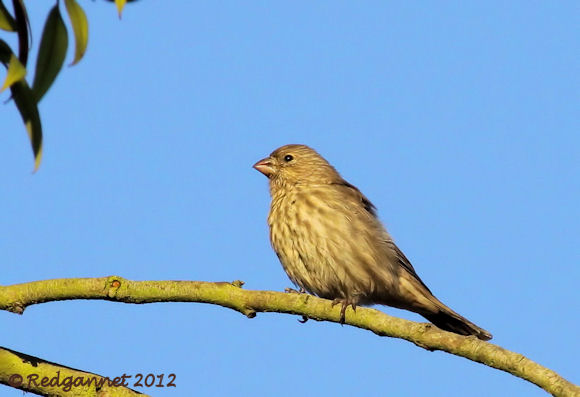 Hawks and warblers were, as ever, my prime targets but I was not able to find many of either. Only a Yellow Warbler and a few more Yellow-rumps were seen, which was a little disappointing. 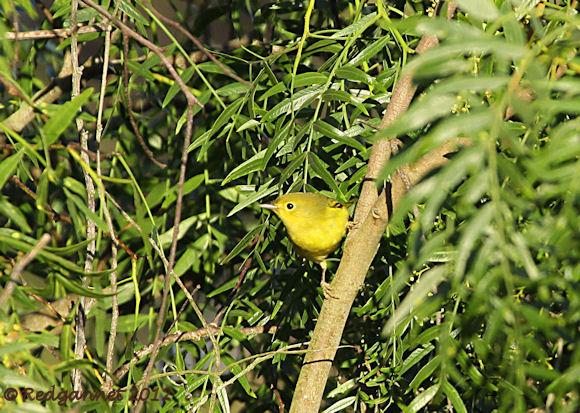 This morning I wanted to take a tour of the area and passed through Presidio, then on to The Palace of Fine Arts, Crissy Field and Fort Point (including the nudist beach below). My new mistress, eBird, demands her favours little and often, so posts have become briefer and more geographically specific. I will make links to each post as they are published and the day can be seen in the order that Kronos intended (I wonder if nudist beaches and The Great Castrator should share the same paragraph).

Visit the dedicated USA and Canada Page for more from San Francisco, including Palo Alto Baylands and Golden Gate Park. Other destinations on the west coast include Los Angeles and Seattle.
Posted by Redgannet at 01:00