Crissy Field at Google Earth ref; 37°48'17.82"N 122°27'13.70"W, was my third port of call this morning. A boardwalk across a lagoon in the bayside park had caught my attention while exploring the area with Google Earth. Brewer's Blackbirds greeted me as I cycled through the car park and quickly came to the gate that guards the boardwalk. 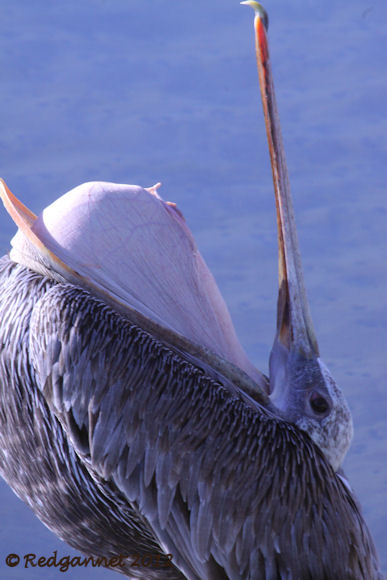 Just to the left, a Brown Pelican was taking it easy in the sunshine when suddenly it tried to push it’s gullet up through its throat. Was it trying to disgorge something unpleasant? I have never seen one do this before.

A flock of gulls had found a good spot to stop and admire the bridge. I had been tasked by my wife to bring home a picture of the bridge and wondered if she would like a roosting flock in the foreground. I know she likes a man in uniform. 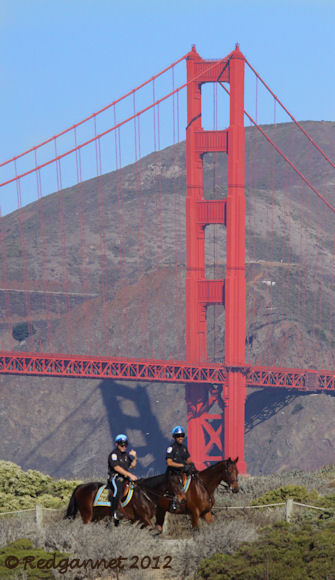 Most common were the Western Gulls with just a few California Gulls mixed in. The only Great Egret of the trip was seen here with Snowy Egrets and American Coots. Any hoped for waders were not in evidence. 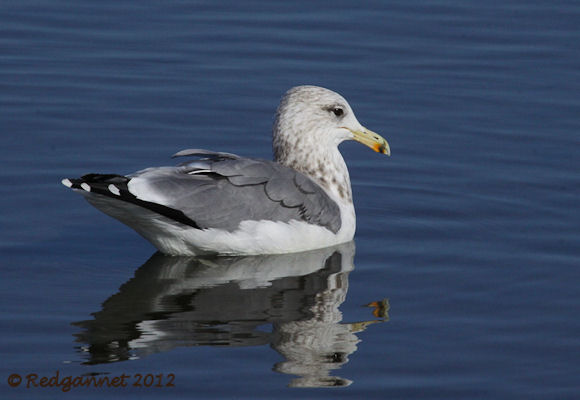 At the bridge end of the lagoon were a few bushes which held Orange-crowned Warblers, Yellow-rumped Warblers and most notably, a Tropical Kingbird. It took a couple of looks, but the large bill sealed it for me. I thought that this was possibly quite a significant sighting, so I did my best to get a couple of pictures. A quick documentation post was put up as soon as I got home. 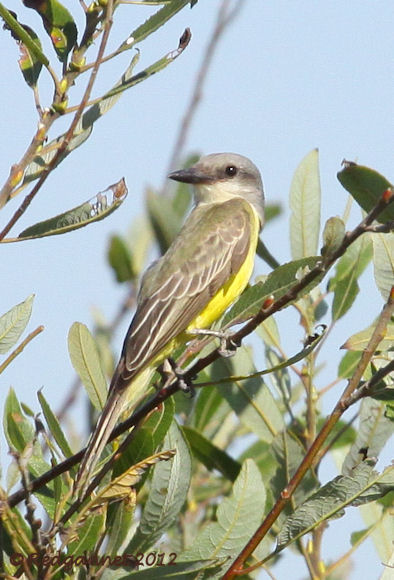 My worry was that there was a White-tailed Kite watching it from the top of the nearby evergreens. 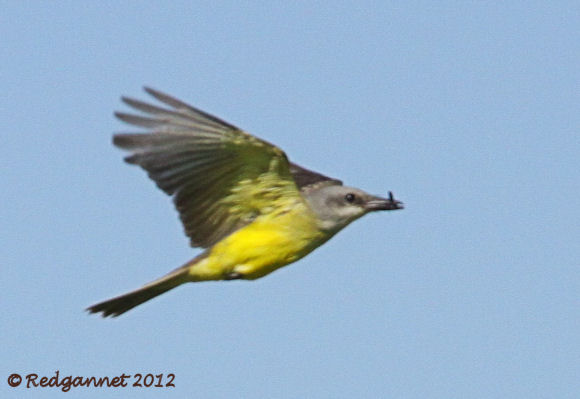 
Take Bus 45 from 3rd St and Market. The bus follows Union St to its final stop at Lyon St 37°47'49.70"N 122°26'49.88"W. From here walk back down the hill and take the first left into Presidio and take the first left again, back up the hill on Ruger St. This will lead to Simonds Loop.  It’s a five minute walk at the most.
This morning I wanted to take a tour of the area and passed through Presidio, then on to The Palace of Fine Arts, Crissy Field and Fort Point (including the nudist beach below). My new mistress, eBird, demands her favours little and often, so posts have become briefer and more geographically specific.  I will make links to each post as they are published and the day can be seen in the order that Kronos intended (though I wonder if nudist beaches and The Great Castrator should share the same paragraph).

Visit the dedicated USA and Canada Page for more from San Francisco, including Palo Alto Baylands and Golden Gate Park. Other destinations on the west coast include Los Angeles and Seattle.
Posted by Redgannet at 18:00