Sanjay Gandhi National Park was spared my undivided attention as I was feeling under the weather and was distracted by various ailments, but being poorly in a beautiful forest beats languishing self-pityingly in a dark room. Actually, I was slightly concerned as predators often target the old, the weak and the sick; I was 3 for 3 in that respect and a good-sized portion to boot. Leopards in Sanjay Gandhi NP have gained themselves a bad reputation over recent years. During one month of 2004, 20 people lost their lives to panther attacks. 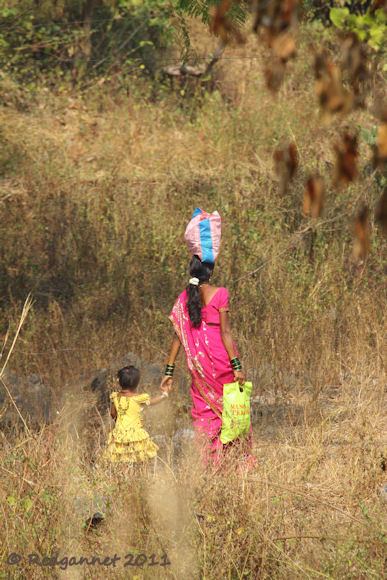 As the city of Mumbai increasingly encroaches on the park and the villages within it grow, the big cats come into conflict with people. Thankfully, official action has greatly reduced attacks on humans, but the panthers are still commonly seen in the suburbs that surround the park, hunting for stray dogs. 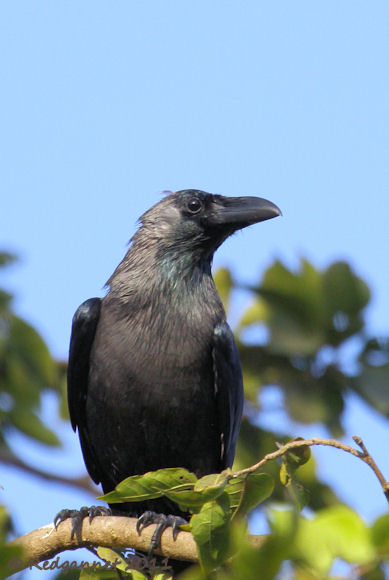 Crows were the big story of the day. Hundreds and hundreds of House Crows were seen on the 30 minute ride to the park this morning. They were still abundant, but began to give way to more Large-billed Crows as I pushed further into the park. 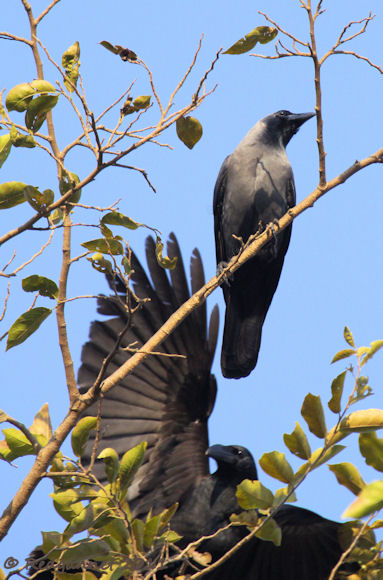 Their cawing was deafening and maddening as it overpowered any other more interesting sounds. I had stepped off the road and onto a path that led to the left. Now that I was away from the crowds and alone, thoughts of leopards filled my head and my caution was excited by an area of scrub that was attracting a lot of crows. Both species were flocking in to the trees overlooking the scrub and screaming raucously. 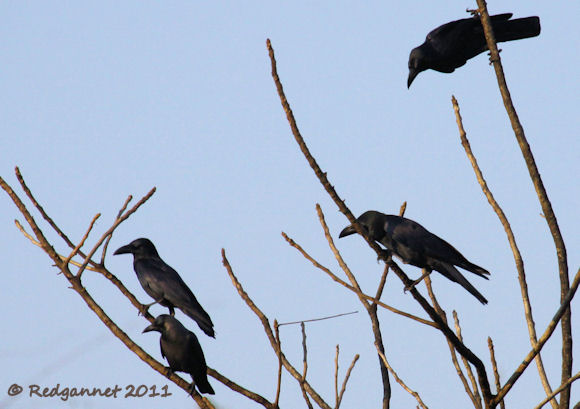 I began to understand how Tippi Hedren must have felt. A predator was surely close by, but the chances of it being a leopard were slim, more likely it was an owl or perhaps a snake.  I couldn’t find anything, but I couldn’t help looking back over my shoulder after moving on, just in case. 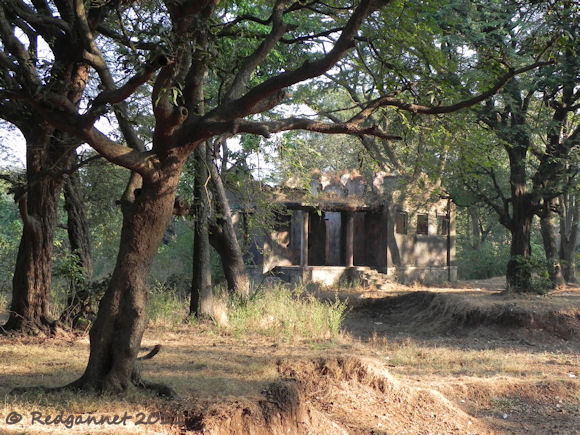 A Cheetal stag bolted from the left as I approached the tumbledown bungalows near to the river. This area had been very productive on my last visit and it was such a beautiful day that I felt sure that today would be good too. Unfortunately, I didn’t have the energy to put in too much effort and if a cursory pish did not bring forth a bird, I passed on and the bird remained unseen. 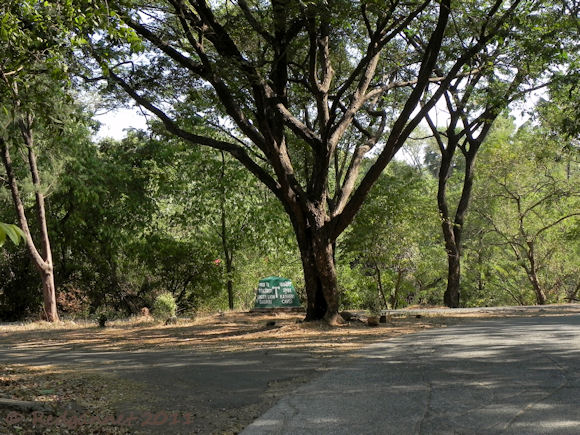 I crossed the bridge (at Google Earth ref 19 13 30N 72 53 00E) and took the left fork, signed towards the safari area. 400m along the road is a small hut and a path leading to the right. This is the Shilonda Nature Trail. A map shows some points of interest and I decided to walk as far as the marked waterhole.

I stopped to check on a Common Tailorbird and noticed a powder blue bird in the background. Focussing quickly, I was just able to confirm a Black-naped Monarch before it flew. The path runs to the east, bearing round to southeast after a while. Fork-tailed Drongo was common along the way as were Red-rumped Bulbuls. The waterhole was dry and unlikely to attract anything interesting, so I turned round and began heading back. On the return leg a faint rustling and a movement in the scrub around a large termite mound proved to be a Rufous-bellied Babbler. It was concentrating on feeding and the photo of its rear end need not trouble readers. Instead, here is a pleasant photo typical of the park. 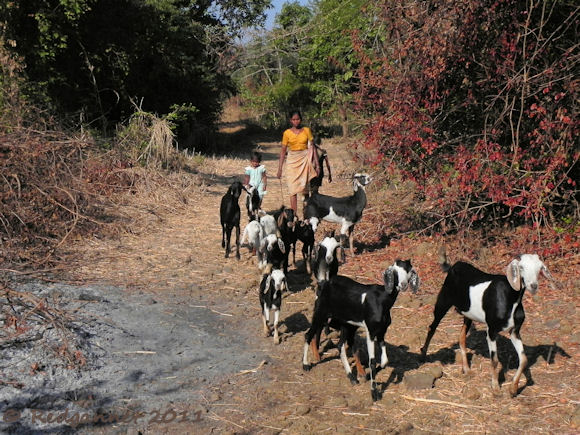 I returned to the junction by the bridge and began walking towards Kanheri Caves, monuments and living quarters carved from the rock by monks. Shortly after, as a group of macaques fed in the trees by the road, I was approached by two young men who warned me of the “dangerous tribals” who lived in the village up ahead. Recent reports included robbery at knife-point. Sure enough, as I rested on a rock a little further up the road, a group of motorcyclists approached and passed very close to me, jeering and trying to scare me into falling of my perch. If their intentions were any worse than teasing tourists I couldn’t say, but it seemed like a good time to turn round and head back. 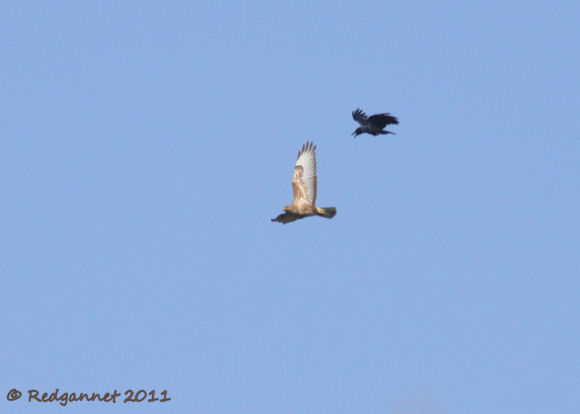 The sun was high and hot by now and the raptors were beginning to move. A Common Buzzard was escorted from the area by a handful of angry crows, though a Crested Serpent Eagle was left to circle lazily. 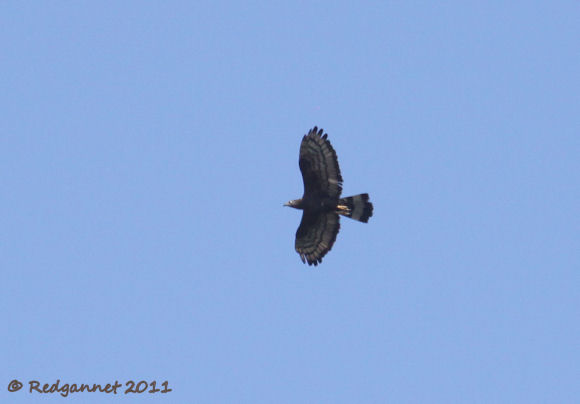 By the gate, some features of the area include a couple of lakes which appeared to be much cleaner than when I visited last. I hadn’t really intended to have a good look at the water, I just popped down on a whim, but was thrilled to see a little head, close to the far bank, followed through the water by a serpentine body. 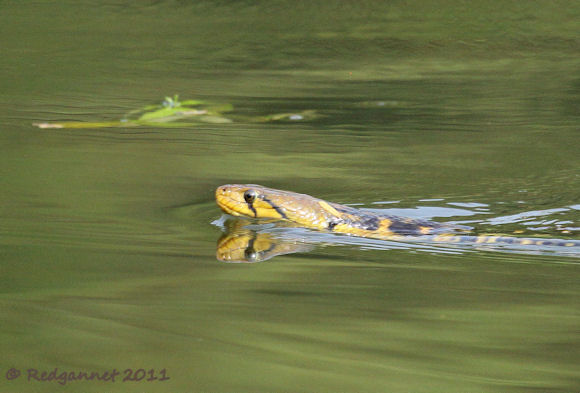 The big disappointment was that I could not possibly identify the snake from such a distance, but then I noticed a stall that hired out pedal-powered pleasure boats. I was tempted, but by the time a boat might be ready,  with me in it, the snake would have been long gone. As luck would have it, a second snake appeared, swimming parallel to the close bank. Its features looked very similar to the first and I was able to get a record shot and identify it when I got home as a Checkered Keelback Watersnake. 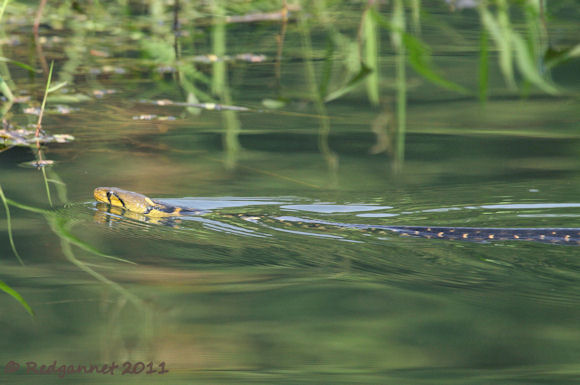 This is only a tentative ID. The features appear to fit, but I do not know if similar looking snakes exist. If anyone is familiar with Checkered Keelback Watersnakes, I would be pleased to have it confirmed. 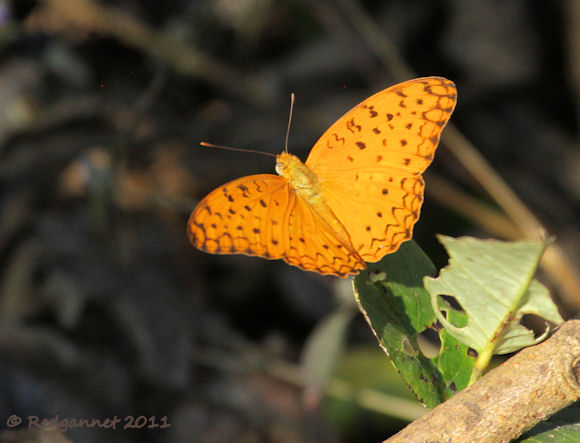 This butterfly is known as a Common Leopard, Phalantha phalantha, but has not been implicated in any attacks. Other butterflies included; Blue Pansy, Lemon Pansy, Grey Pansy, Chocolate Pansy, Common Sailor.