I had some unfinished business to attend to in the Afro-montane forest of Mount Sheba, and found that I had a couple of hours of daylight left after exploring the grasslands of Dullstroom. The entrance to the resort (Google Earth ref; 24 53 15S 30 40 46E ) is about 30 minutes drive from Lydenberg and a further 10kms will find you at the hotel and resort buildings. 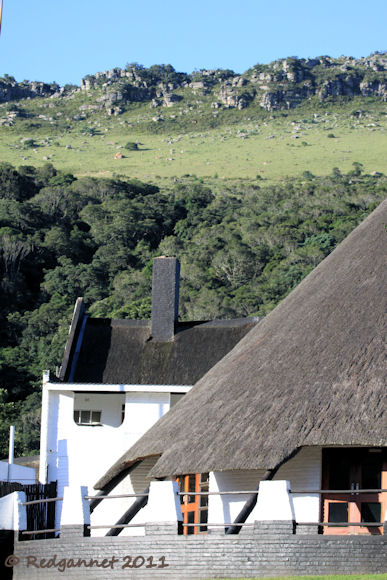 Here Cape White-eyes were very common in small feeding flocks. This young one was still being fed by its parents and looked cross that I should disturb them. 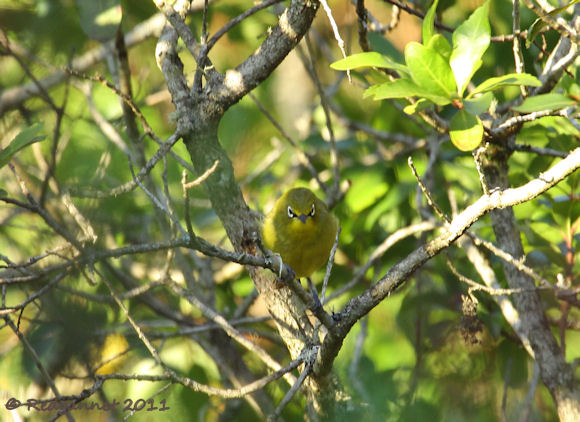 Greater Striped Swallows and Red-winged Starlings flew around the roofs and Common Bulbuls were easy to find. 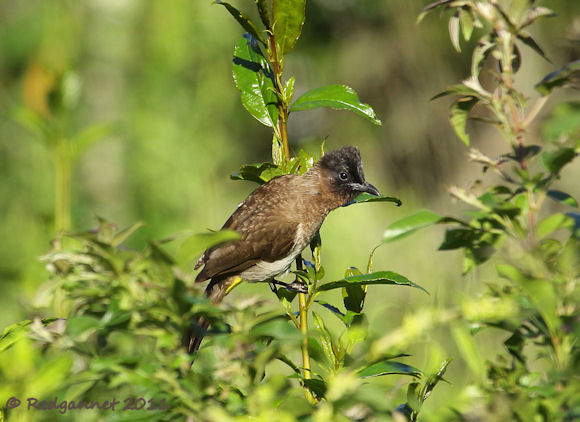 I wanted to get into the forest and look for some birds which had eluded me on my previous visits here. The Orange-bellied Thrush, Blue-mantled Crested Flycatcher and Red-chested Cuckoo had all out-foxed me here before and I was keen to make up for that.  The cuckoo was immediately audible with its three clearly defined notes repeated constantly. Its Africaan’s name is an onomatopoeic ‘piet-my-vrou’ with a slight drop in pitch with each note. There were at least 4 birds calling, but I was completely unable to locate any of them. There are chalets in the grounds of the hotel and guests were obviously in residence. I chose not to impose on the guests’ privacy by going around the back of the chalets, though this may be acceptable if you know the chalet to be unoccupied. 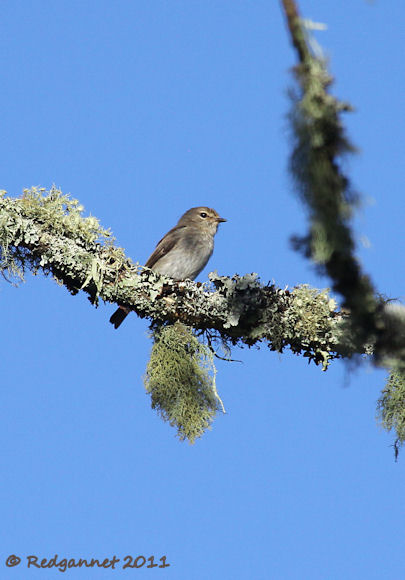 Around the grounds of the resort, sympathetic plantings give home and harbour to African Dusky Flycatchers. The Greater Double-collared Sunbird is usually very common here, but I only noted a couple of females today. 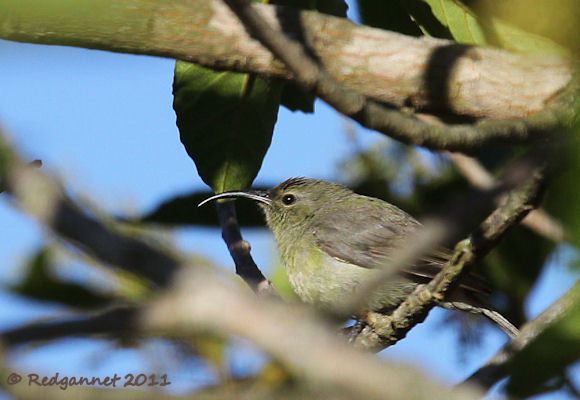 A road leads into the forest below the hotel by passing chalet number 1. The ‘South African Birdfinder’ book recommends this as a good place to look for Narina Trogons. They could not have been more accurate if they had nailed the bird to its perch. Sadly the light was fading fast and the silhouetted photograph was as good a view as I had of this bird. It was not even possible to tell the sex, but the profile was very distinctive and I was able to enjoy another pair shortly afterwards in slightly better light. 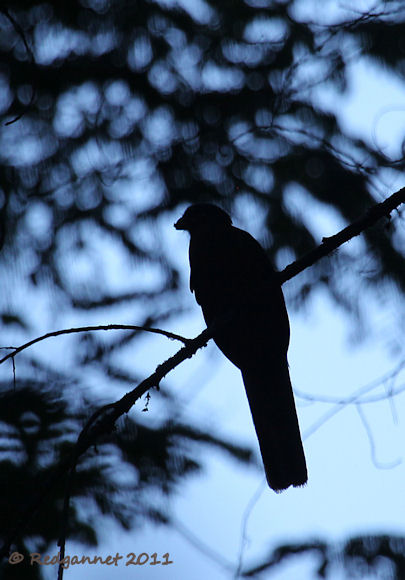 My 3 target birds continued to elude me. An Olive Thrush made me look twice, but any day that you see 3 Narina Trogons is a good day nonetheless. It was dark as I reached the car and Jupiter was showing high and bright. On the western horizon Venus (I’m assuming) was also very obvious. The three stars, Sirius, Canopus and Rigel, described a huge triangle in the western sky and Orion hunted upside down as is his wont in the southern hemisphere. 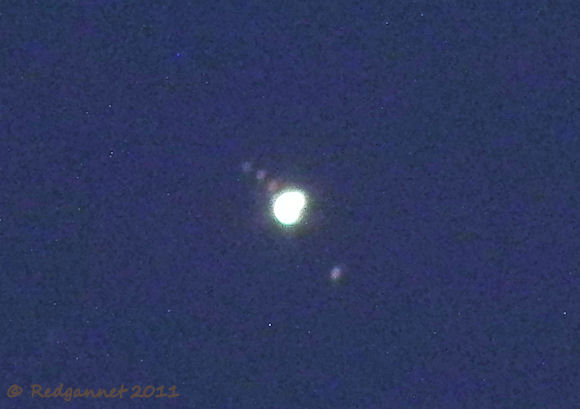 I took a hand-held shot to nothing of Jupiter with its 4 Gallilean satellites showing and was a little shocked to get a result.
Birds seen; 14
Natal Francolin 4, Helmeted Guineafowl 6, Narina Trogon 3, Greater Striped Swallow 6, Common Bulbul 8, Sombre Greenbul 1, Olive Thrush 1, Chorister Robin-chat 1, Bar-throated Apalis 1, African Dusky Flycatcher 2, Cape Batis 2, Greater Double-collared Sunbird 2, Cape White-eye 25, Red-winged Starling 6.
There are more posts from Dullstroom and nearby sites at the links below;
http://redgannet.blogspot.com/2009/10/more-time-i-have-faster-it-goes.html

Visit the dedicated Africa Page for other sites near Johannesburg and for posts from elsewhere in South Africa and further afield on the Dark Continent.
Mount Sheba, South Africa, JNB,
Posted by Redgannet at 22:37