Typhoon Roke greeted us into Japan and the forecast was wet and windy for the length of our stay. It looked as though the whole visit would be a write-off which would have been a crying shame as it is the first time Redgannet has been to Japan since starting the blog. The landing was bumpy ahead of the storm, but Roke pretty much blew himself out by the end of the day and the next morning dawned bright if still a little breezy.

The train left two minutes late, so I adjusted my watch as it was more likely to be fast than a Japanese train late. Neat piles of leaves and branches indicated either that Roke had been a particularly tidy typhoon or that clean-up efforts were already underway before 06.00. 40 minutes later I was at Keisei Tsudanuma train station and a 5 minute taxi ride from there took me to the tidal expansion and flood relief basin of Yatsu Higata Tideland (Google Earth ref; 35 40 30N 140 00 33E). The surrounding land has been reclaimed from the bay and the mudflats are confined by concrete banks, buildings, a school and a main road. 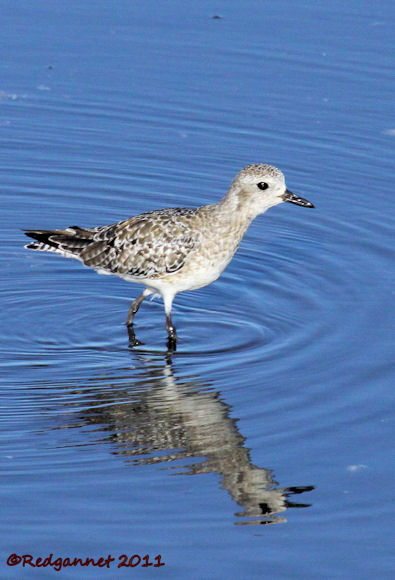 Immediately in front of me at the corner of the enclosure was a line of posts and the first piece of mud to be revealed as the tide withdrew. A Grey Plover was exploring the freshly exposed mud while a few Black-tailed Gulls roosted on the posts. In the deeper water further out Grey Herons were fishing. 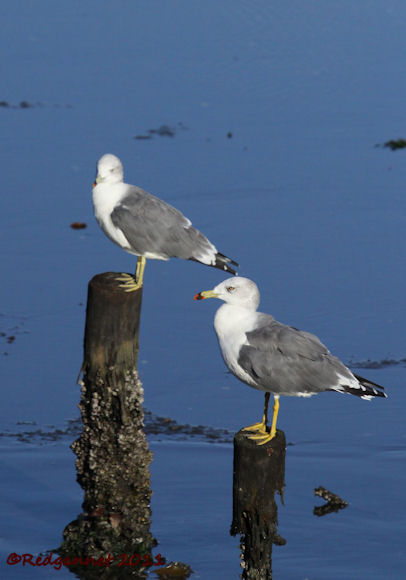 It is the fourth week of September and I hoped to find some migrant waders sitting out the storm, but the rest of the area held only Cormorants, Grey herons, and Great and Little Egrets. Typhoon Roke had been heading north and I had surmised that the birds migrating south would have found it hard going and dropped into a sheltered spot such as this, but I later discovered that the tidal surge had brought very high water to the basin and perhaps the normal roosting spots had been swamped, forcing the birds to find sanctuary elsewhere. 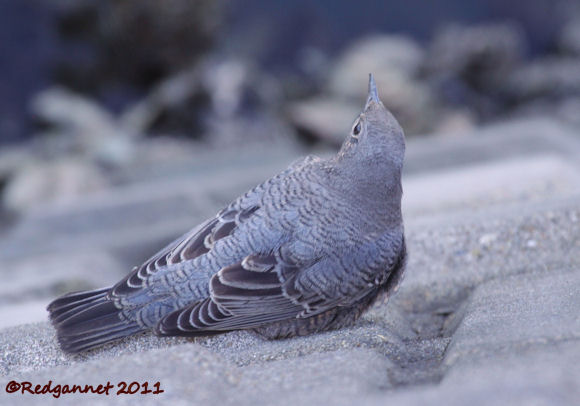 A brown, scaly-breasted, bar-backed bird alternated between clinging to the concrete face of the bank and standing proudly on one of the stumps. I could hear Brown-eared Bulbuls screeching somewhere close by and assumed it may be a young one. Closer inspection revealed it to be a Blue Rock Thrush.
I was taking an anti-clockwise route around the tideland. Clockwise would have brought me quickly to the visitor centre, but it was not open until 08.00 and I wanted to check out a little park and rose garden half way along the north-east edge which I hoped would be harbouring a few flycatchers or perhaps some thrushes. The water was retreating quickly now and a couple of waders on the mud along the north-east edge were moving further out as the tide ebbed away. 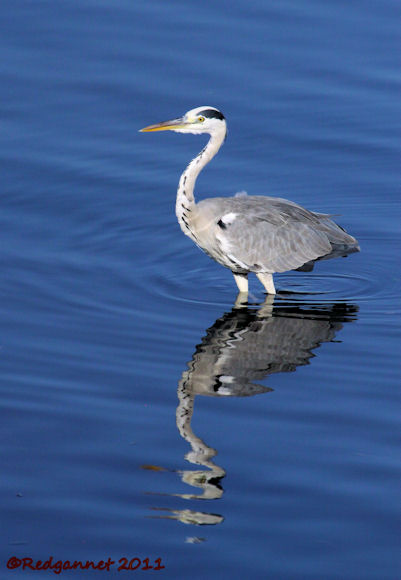 Foolishly, I was distracted by a Grey Heron fishing and by the time I got my binoculars onto the waders, they had moved too far out and into the sun, making identification tricky. One was most likely to be a Dunlin, but I couldn’t rule out Curlew Sandpiper. The other I suspect to have been a Wandering Tattler, but could not make an adequate case to include him on the list below. 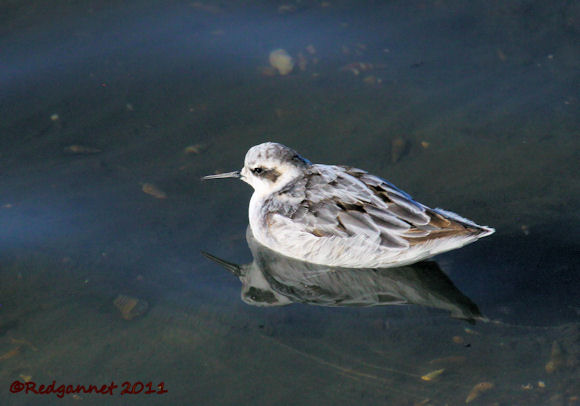 Then in a gap in the bushes that run alongside the railings, I spotted a small black and white bird. It was a Red-necked Phalarope which seemed to be listing to one side and looked slightly disorientated. It had possibly been blown in by the storm. I pointed it out to a couple of Japanese birders who became quite animated as they seldom see it at Yatsu Higata they told me. 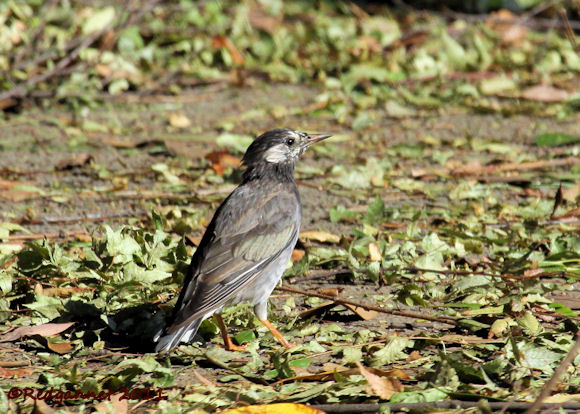 Sadly, there were no flycatchers or thrushes in the little park. There was however, some White-cheeked Starlings, Great Tits and a Japanese White-eye. Carrion Crows and one Large-billed Crow were seen here too, as well as some definite Brown-eared Bulbuls and a Pygmy Woodpecker that showed very briefly. 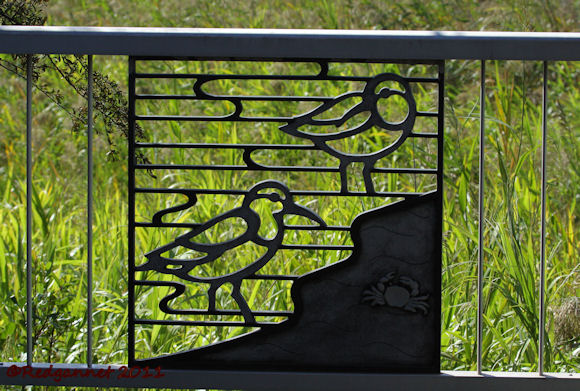 In the top north corner is a large reed bed with a boardwalk running through it. The gates to access the boardwalk have always been locked in my experience, but a viewing area with some rather exquisite railings allowed me a good view of a couple of Zitting Cisticolas.
The typhoon and its accompanying tidal surges were playing havoc with the tides and the water was already flooding back in to the enclosed mudflats. The level didn’t actually drop enough to reveal much mud and reached high tide again 3 hours earlier than predicted on the normal tide tables. Round about this time I reached the visitor centre which charges Yen360 admission. Scopes are provided for convenience of visitors and there are toilets, a café, shop and education features. 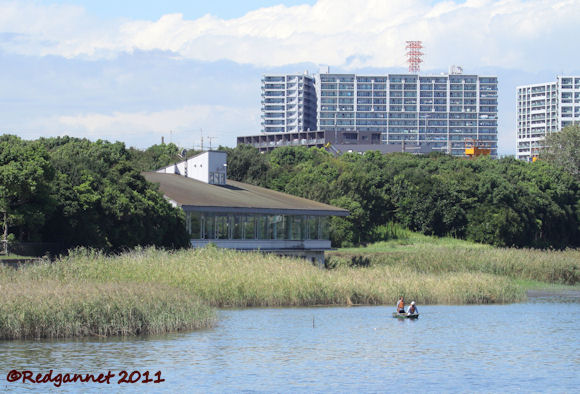 A Little Grebe had laid five eggs into a nest on the freshwater pond just a few days before and was busy maintaining the nest and carefully tending her late clutch. On a bare piece of ground outside the huge viewing windows, a Common Greenshank was staying ahead of the rising waters with a few Black-winged Stilts. 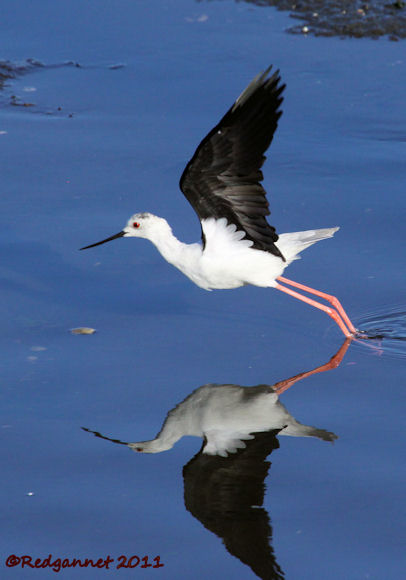 An eager guide was keen to show me a few birds and identify them for me. Even so, the total on the list below was a bit disappointing. I had to keep reminding myself that I was expecting the whole trip to be a washout and that this day had been snatched back from the typhoon, but it still seemed very quiet. Back at the station as I started home, I found a 'blue' butterfly which had a deep dark blue top-side. If anyone can tell me the name from this photo, I would be very pleased.

A big thank you goes to Tom Kompier who has put forward Pseudozizeeria maha, or Pale Grass Blue 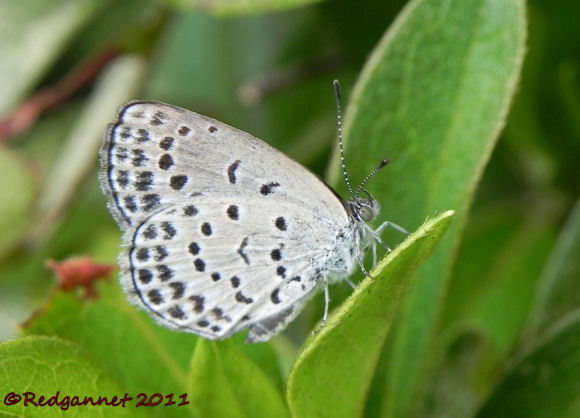 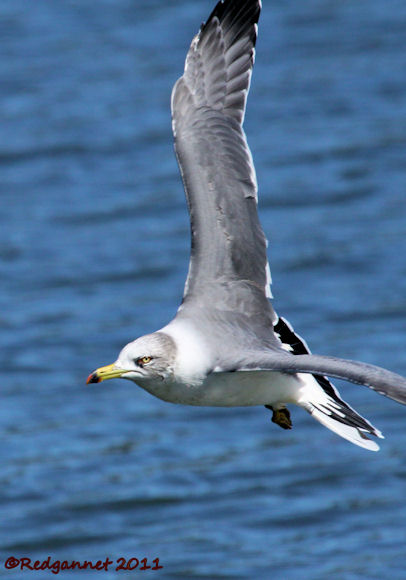