ForestPuffin and the Adonis Blue

For many years my birdy buddy Martin, struggled under the weight of my enthusiasm for an emerging passion for birdwatching. His 10-year-old son, who has recently started a blog under the name of ForestPuffin,   is now shouldering the burden of mentor as my, ‘til now dormant, interest in butterflies slowly wakens. 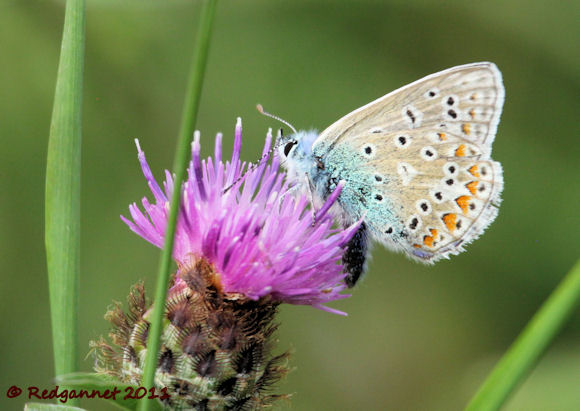 They came to visit last weekend and when Sunday brightened and developed into an unexpectedly sunny afternoon, the suggestion was made to chase a few local, range-restricted species. Thus, my introduction to the world of “blues” (some of which are brown) began. All the butterflies below are noted in red as this is my first outing and I have never logged Lepidoptera on a list before. The identities of some butterflies, such as the Peacock or the Cabbage White for example, are known by genetic inheritance, but even with such a restricted selection (only 58 species of butterfly occur regularly in Britain) there were some that I had never heard of. 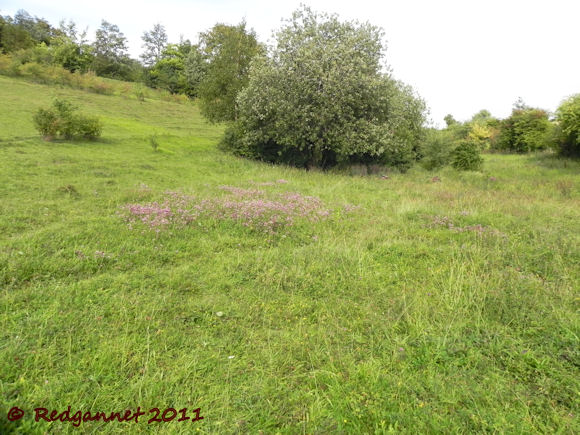 After fears that it might not survive into the new millennium, the Adonis Blue was reintroduced to Queensdown Warren (Google Earth ref; 51 20' 11” N 00 37' 30" E) in 2002 and has successfully colonised neighbouring sites since then. A grazing regime in the spring and autumn uses cattle and sheep on this 8o hectare reserve which comprises varied habitat including south-facing chalk grassland pasture, which the butterflies find so attractive. The Adonis Blue is used as the emblem of the Kent Wildlife Trust,  which manages the Queensdown Warren reserve and was also chosen as the featured species on the cover of the Collins Butterfly Guide (Tolman and Lewington), so it must hold some significance. This was the butterfly that my young guide was looking for and we had early encouragement from a group of naturalists who were returning to their cars as we arrived and who informed us of the best place to go looking for them.
As we worked our way to the patch of Wild Marjoram that the butterflies like to feed on at this time of year, we were looking for some other target species that have eluded ForestPuffin in his home county. 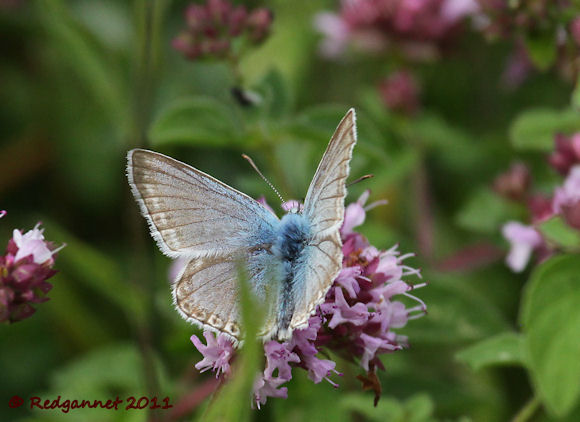 The Chalk-hill Blue is blue and prefers chalky slopes (this lepidopterizing is going to be easy) and was quickly found. It is noted in the UK for the male’s dark border inside the white surround of its forewings and its row of spots on the trailing edge of the hindwing. It has much paler colouration than the other “blues”. 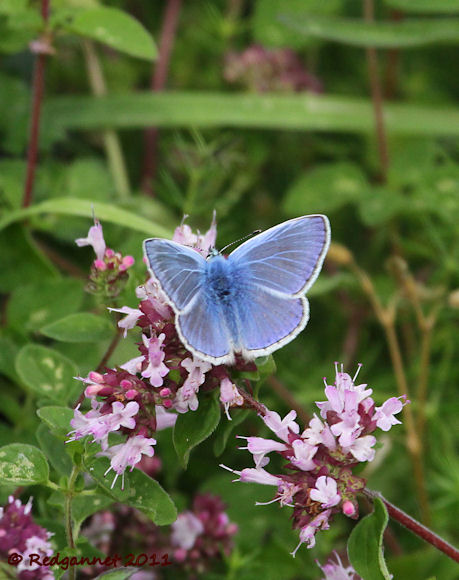 With a greater diversity of plants acceptable to its caterpillars, the Common Blue has a much wider distribution and is less habitat dependent. It is a richer colour of blue, but lacks the dark, inner border of the Chalk-hill Blue’s forewing and the hindwing markings too. 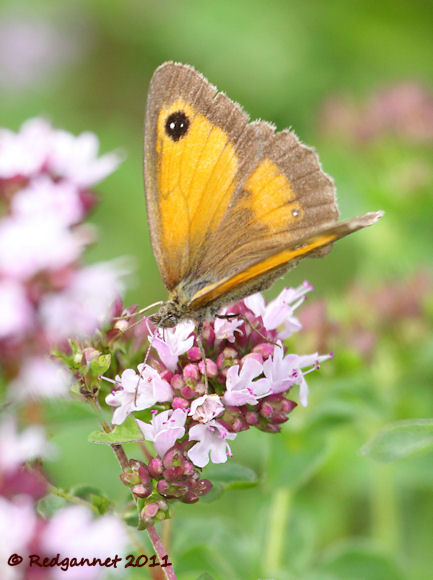 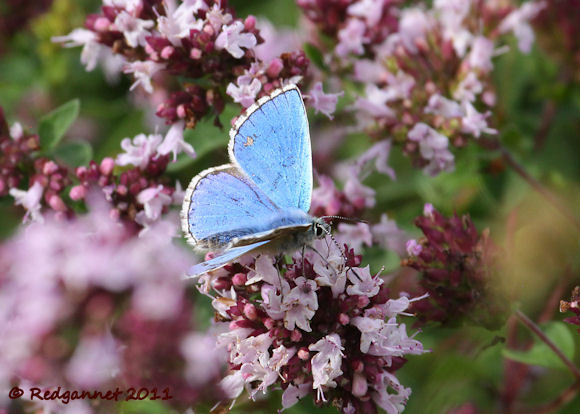 Then came the cry that indicated that the Adonis Blue had been located. With a noticeably richer blue even than the Common Blue and the white surround punctuated with dark veins that reached the very edge of the wing, there was no doubting the identification and it drew a sigh of pleasure from both of my companions. 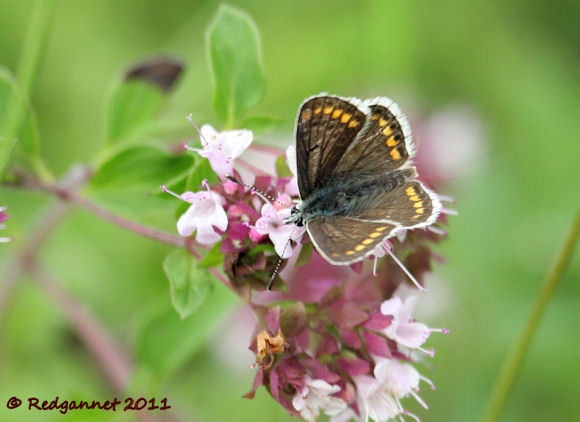 But there was still more to come. While my young mentor was familiar with the Brown Argos, I had not seen one before and was surprised to find that it belonged to the “blues”. It somewhat resembles some of the females of the previous species, being brown with orange markings on the outside edges of all four wings, but it is noticeably smaller and the markings are plain. 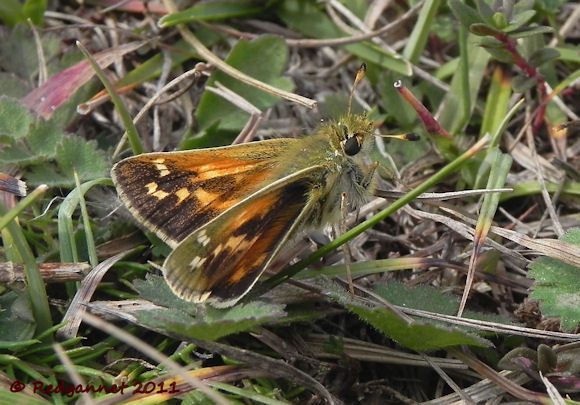 Completing our haul for the day was a Silver-spotted Skipper. To my unaccustomed eyes, it had the look of a moth about it with wings folded horizontally above its body at rest. This is another chalky slope specialist. Recent changes in the management of this habitat and the rise of rabbit numbers to keep the pastures well grazed, have benefitted this butterfly, though it is still a species that warrants concern.
Apparently, I scored a good hat-trick of desirable species, so thank you very much to ForestPuffin for taking me out and introducing me to the world of the butterfly.
Posted by Redgannet at 15:02