My problem this morning was a taxi driver that could not find the Bosque de Tlalpan. Perhaps it was my poor Spanish pronunciation, but for some reason, he was unable to find a park, almost the size of Belgium, within 3 miles of the Universidad Metro station.

After some time, we gave up and I noticed that the volcano in the distance was free from cloud so I pointed and asked him to take me there instead. The weather has been very changeable, so when the opportunity of a clear mountain was there, I decided to take it. Of course I was not prepared for the mountains and it proved to be a chilly day on the volcano. 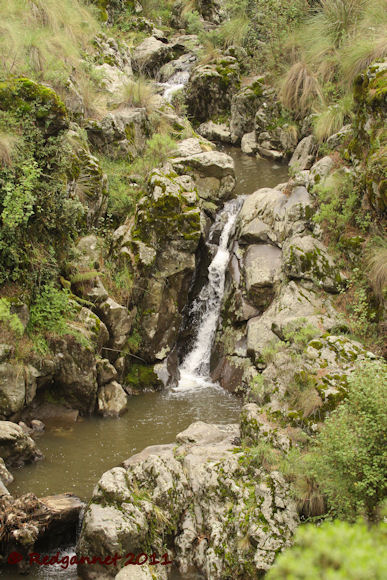 Parque Nacional Cumbres del Ajusco was pencilled into my plans for later in the trip in an attempt to verify my 15-year-old sighting of a Sierra Madre Sparrow. Back then, I had headed into the mountain with no particular plans and stopped, willy nilly, as the fancy took me. I saw the sparrow and identified it from 'Peterson's Guide to the Birds of Mexico', but only later realised that the guide was not complete and did not include Song Sparrow or Savannah Sparrow, for example, to compare with the Sierra Madre Sparrow. 15 years ago, I was a very keen, but green birder and though I was happy with the identification at the time, I was not really familiar enough with any of the subsequent candidates to state categorically, with hindsight, that my identification was correct. Over the years I have come to wonder how reliable my sighting might have been. As we headed upwards, I began to realise that 15 years may be a short time in the geological life of a mountain, but human occupation can dramatically alter the appearance and access in the same period. I was unable to find the site where I had seen the sparrow, but one area that looked familiar had been over-run with paintball and wargames adventure playgrounds. The roads above this were lined with high chain-link fences and 'Propriedad Privado' signs which, even with my fractured Spanish, meant 'Keep Out'. 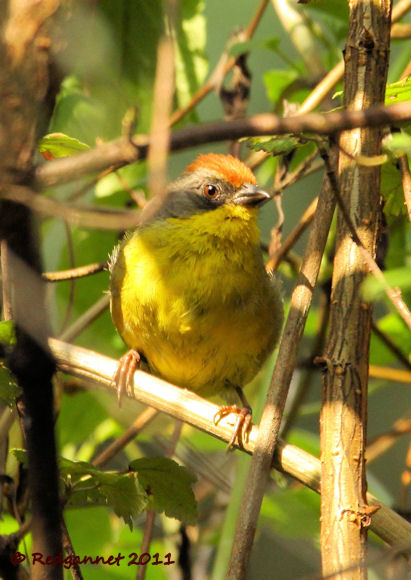 
We took the right hand fork at the junction and continued up the slope to kilometre mark 18.5 (Google Earth ref; 19 13' 29"N 99 05' 40"W). There were some cabañas here with access to the forest behind them. I gave the driver a few dollars and suggested that he had a coffee while he waited. He insisted on being paid the full fare which I did, then, to emphasise the fact that I wanted him to wait, gave him a few more dollars again for a coffee while I looked in the forest beyond the cabaña. It was with a sinking heart and the realisation that it was more likely my Spanish than his geography that had caused the earlier problem, that I watched as he set off down the mountain without me.

Note; there is no transport available to return to town from this side of the mountain. 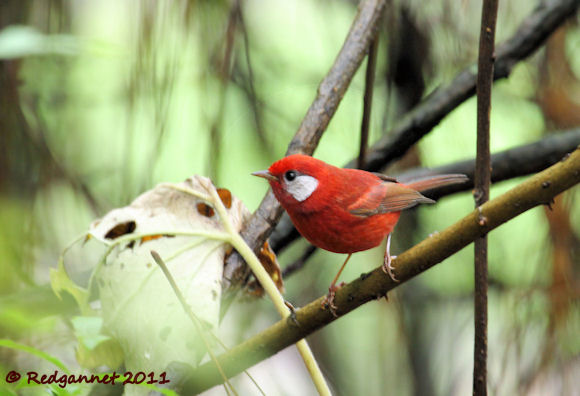 I explored the degraded area behind the cabaña which produced some Yellow-eyed Junco, a Red Warbler and a Southern House Wren. Although the mountain was free from mist, it was still overcast and the birds remained in the gloom of the shadows. It was clear now that my driver had no intention of returning, so, having seen what was available downhill, I decided to try my luck along the road uphill. Almost straight away, a bird party appeared including Red Warbler, Olive Warbler, Golden-crowned Kinglet and Brown Creeper. 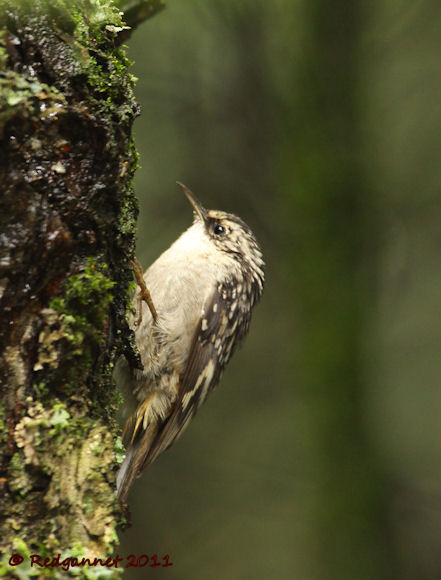 At the entrance to the Rancho Kavana (19kms) another party added Rufous-capped Brush-finch and Mexican Chickadees. More parties as I continued up the road brought Spotted Towhee and Golden-browed Warblers . 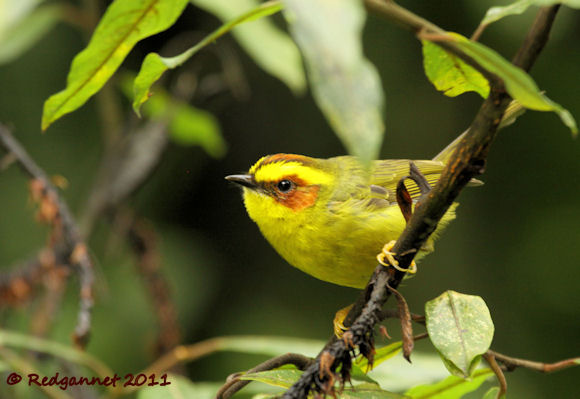 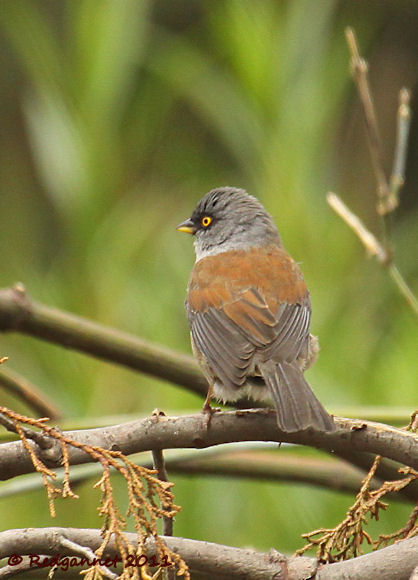 Any open, flat piece of ground held Yellow-eyed Juncos and I was able to watch them as I enjoyed the speciality of the house at Cabaña Vicky at km 21.5 (Google Earth ref; 19 13' 45"N 99 16' 03"W). Opposite is a road that leads up to the Communidad de San Miguel and Sta Thomas. The habitat changes from here with tussocks of grass beneath more widely spaced evergreen trees. This reminded me of the environment in which I had found the sparrow all those years ago and at last I was able to follow a trail into the wilds and away from the road. 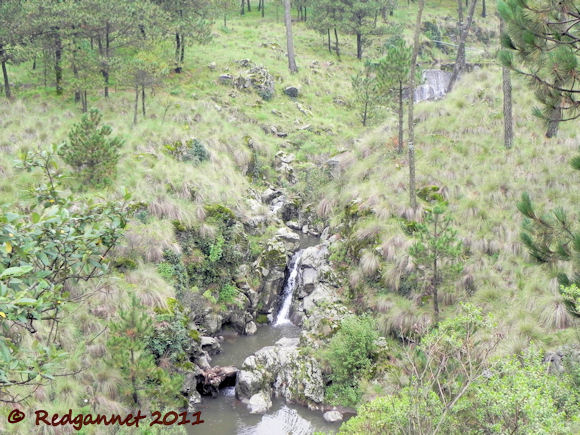 The trail ran close to a mountain stream and cut off a long corner before returning to the road which I continued to follow upwards. More parties contained Northern Flicker, Bushtits and a Hermit Warbler before I decided that it must be time to start heading down. I had seen no buses or taxis on the road, only a few private cars and very noisy lorries labouring up the hill and ploughing recklessly down again.
I tried to cut down through the tussock grass forest on the other side of the sream and saw some Western Bluebirds and very brightly coloured House Finches on the way, but ultimately had to make an ungainly scramble back across the stream to access the original up path. 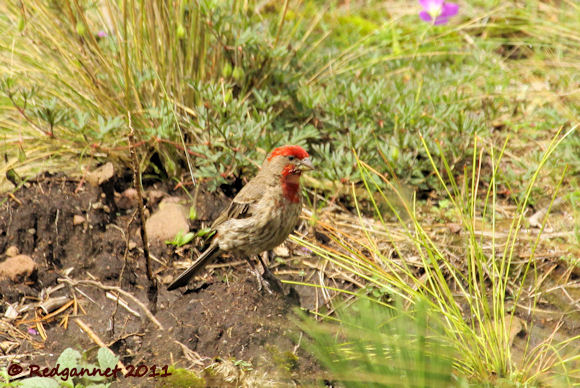 I was surprised by the numbers of Olive Warbler and am ashamed not to have got a decent photograph given all the opportunities, but I was pleased to finally get a shot at the skulky Green-lined Brush-finch. 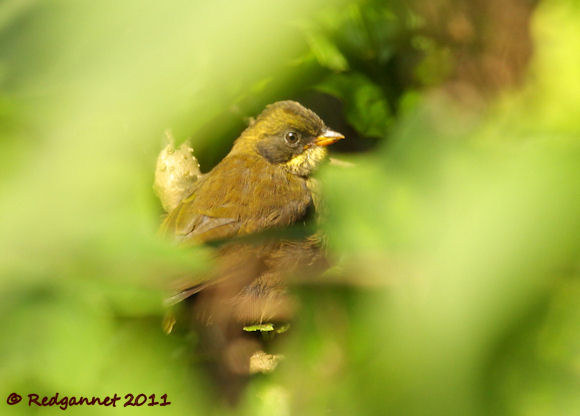 When I reached the cabañas at km 18.5 where I had last seen the taxi driver, I finally accepted that I would never see him again and started to hitch-hike. The second vehicle picked me up and I squeezed into an already cramped truck cab for the ride down the mountain. I do not recommend this as a plan to set out with, but it was my only choice bar a long walk. Although I am sure that one of the cabañas would have been generous enough to call a cab, not many were open and as winter approaches I suspect they would be less reliable and cabs would be even less inclined to venture up the hill for a pick-up. 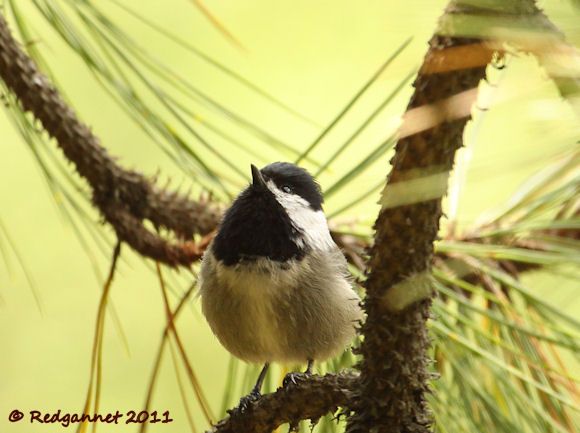