Our arrival into Sydney, Australia was delayed by enough to disrupt my plans for the day. The temperature was already high with threats that it might reach 4OC. I postponed my trip to Waterfall and took an easy trip to the Botanical Gardens instead to look for Tawny Frogmouths and dragonflies. 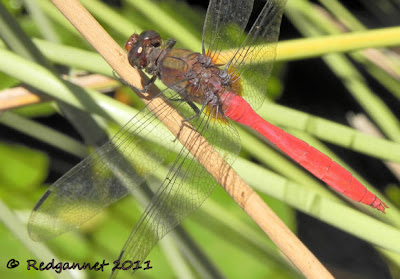 In a tiny pool by the tropical glass houses, some Fiery Skimmers, Orthetrum villosovittatum, were chasing each other around. They were very approachable and allowed me to get closer than the macro focusing facility on my Nikon P100. 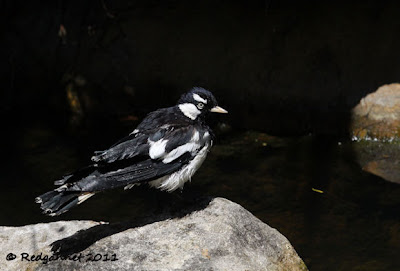 A Magpie Lark came down to a rock to bathe and get some relief from the heat which was really beginning to build now. 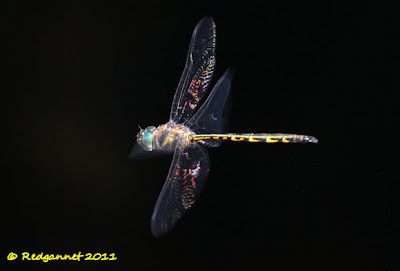 The Australian Emerald, Hemicordulia australiae, wouldn’t stop for a moment in its frenetic chasing, so it had to be taken in flight. This one was found over the little stream that feeds into the twin ponds. It occasionally hovered in a patch of sunlight between the deep shadows, which gave me somewhere to shelter from the sun as I watched and which set up this nice effect.
On the Main pond, above the mullet and the eels, a Common Glider, Tramea loewii, another restless ode, patrolled its area with diligence and vigour. I was not able to translate it into a digital code of zeros and ones. The damselflies here however were static enough for pictures as they sat on the floating weed. The Blue River Damsel, Pseudagrion microcephalum, is also known as a Blue Sprite in Asia. There is a P. australasiae which is almost identical in the male pattern, but which does not reach Australia I understand .If anyone can confirm this ode I would be grateful. Please note the blue bar across the back of the head which causes me some doubt. 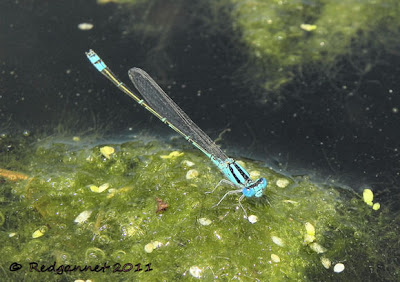 In a conifer style tree a pair of Noisy Miners were making even more of a fuss than usual. A quick investigation, hoping to find an owl or perhaps a snake, revealed their brood of fledglings. 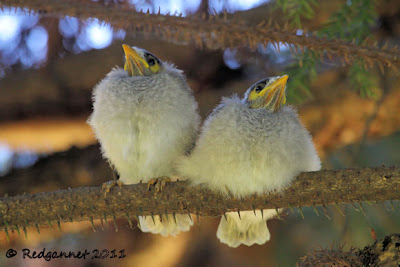 The Common Bluetail, Ischnura heterosticta, was a fourth outing for the red pen today. This is probably not surprising as I have not looked for odes in Australia before. If anyone would care to confirm these for me too, I would be grateful, particularly the lower ones. 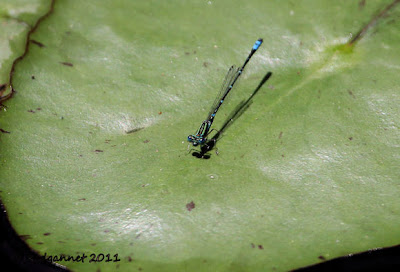 I don’t have a field guide and am relying on internet surfing to find something to make a reasonable match, but without an exhaustive guide for comparison, it is difficult to be certain. 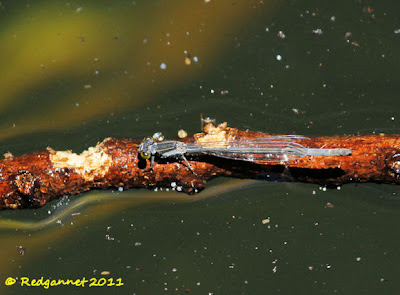 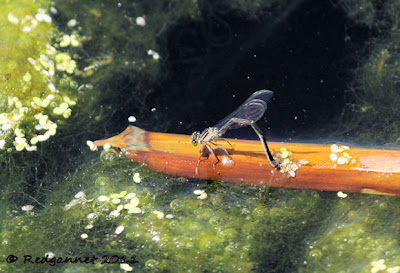 G.L. as usual had given me a couple of prompts. He had given me directions to find Tawny Frogmouths and Powerful Owl in the gardens. At one of his predictions for the frogmouth in a Swamp Mahogany tree by the wall, there was no sign of the bird, just an old piece of carpet. The Powerful Owl roost remains in potentia as I was not able to find anything there today. 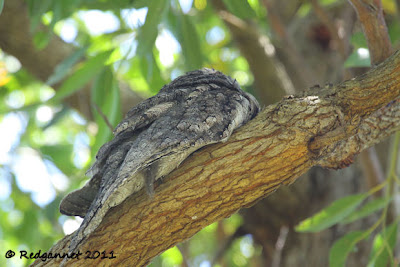