﻿The summer rains have brought green and growth to the African bush. the dams are full and the grass is as high as an elephant's thigh. With so much surface water available, the game animals are not tied to the permanent waterholes and can range freely to take advantage of the seasonal abundance. 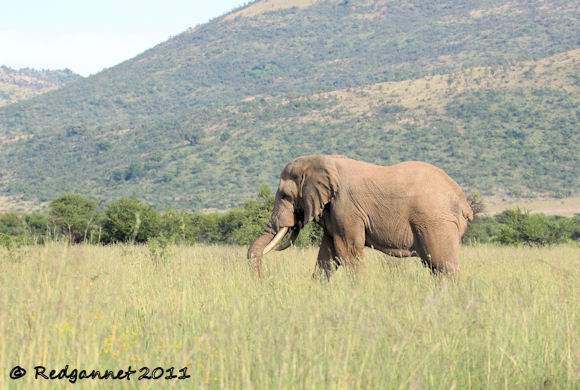 Pilanesberg National Park, near Johannesberg in South Africa has about 500 square kilometers of free range for the animals to lose themselves in. The dry, African winter is usually considered the best time for animal viewing as the vegetation is sparse and the game is drawn to the waterholes, so sightings are usually more predictable and closer. Today, during the wet summer, the game was indeed spread out, but this meant that the viewers were thin on the ground too and I felt as the the whole park was mine alone. A Black-backed Jackal came out onto the road and ran along ahead of me for a hundred meters or so. 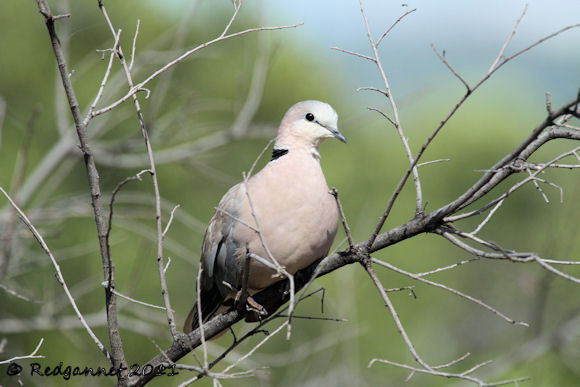 I was serenaded by the Ring-necked Dove, whose "drink lager" call is surely the most evocative of the sounds in the African bush. The day started slightly dull, but soon cleared up to become a beautifully bright morning. I took the main black-topped road from the southern gate at Bakubung and travelled north into the heart of the park. Close to the road was a very nice mixed herd of Zebra, Brindled Wildebeast and Impala, but the high grass and their heads down feeding attitude made photographs pointless. 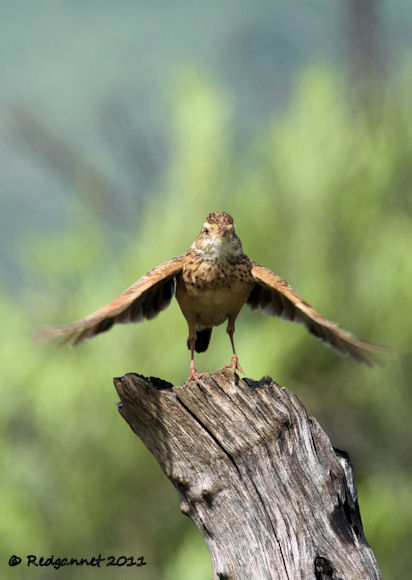 Luckily, the birds were still calling and displaying prominently. The Rufous-naped Lark has a very distinctive clear tri-syllabic whistle which came in through both open windows of the car and caused a delicious surround-sound effect. For good measure, in case whistling is not your thing, the lark also flaps its wings at great speed to cause a vibration for added effect. 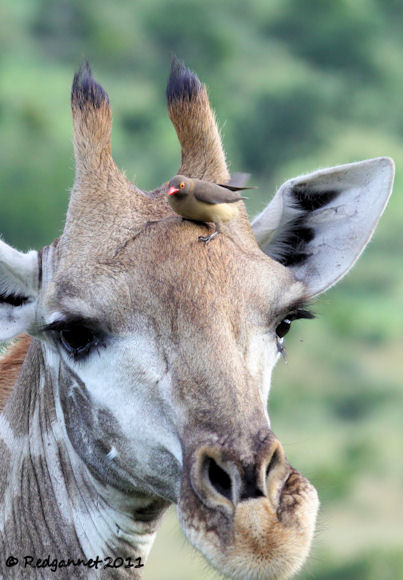 Other birds such as the Red-billed Ox-pecker found alternative perches to make themselves available for the camera.
The edges of the road were prolific for buntings. Cinnamon-breasted Buntings had a shorter flight distance than the Golden breasted Bunting, but neither of them would allow me close enough to get a picture other than through the windscreen. Only a Brown-crowned Tchagra, which I surprised around a corner, froze for a moment before retreating back into the scrub. 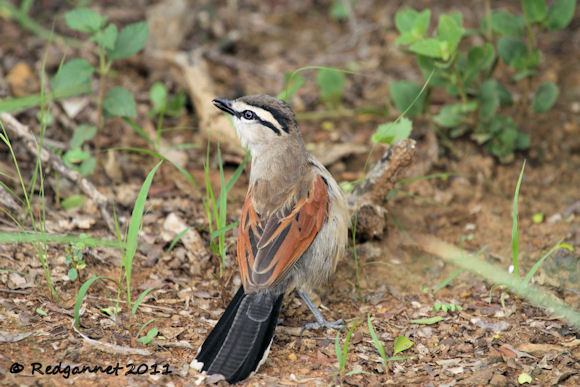 The Pilanesberg Centre was very quiet with no sightings pinned up on their map. Usually, successful safariers (can there be such a word?) help out others by indicating with coloured pins on a map where the prime mammal species have been spotted, but nothing today. I pinned up the Elephant, but doubted if it would be much help as he was moving on and would be miles away by now.
Helmeted Guineafowl are always around by the centre and this one posed in the car park. 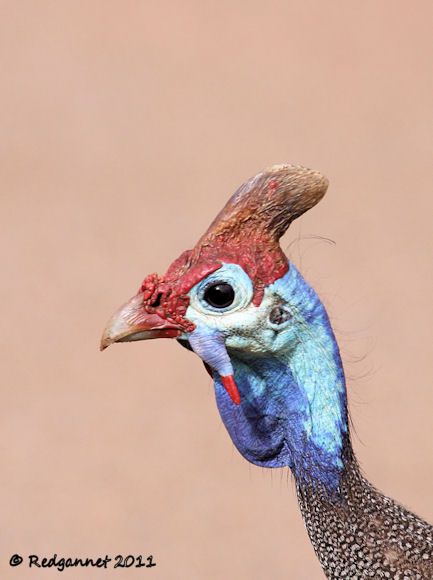 Everything slows down after breakfast. The mammals head for the shade and the birds are less obvious. At times like this, a chap's mind turns to odonata. Dragonflies are cold-blooded and need a little time and warmth to start their day.They had had plenty of both by now and I found some by a puddle near the big Mankwe Dam. 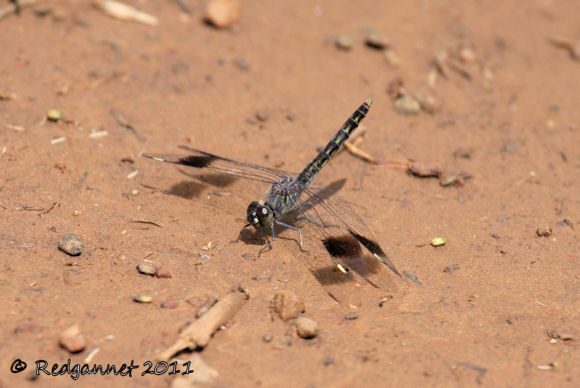 The Banded Groundlings, Brachythemis leucosticta (male top, female below) were especially abundant and now that the temperature was getting high, they were visible by every patch of surface water. The name was well chosen for a species that was not seen perched anywhere but on the ground. 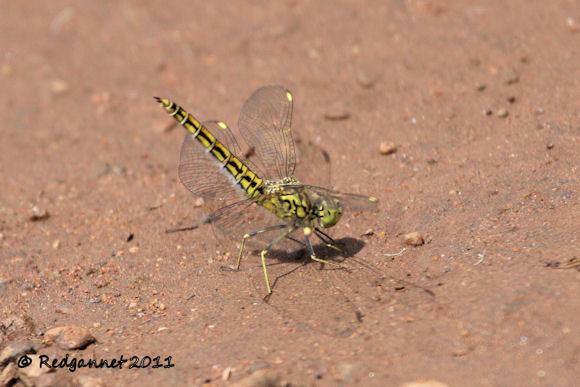 A vivid green bird was feeding its well-grown chick in an acacia bush close to the road. When I got my Bushnells up, I realised that they were Dideric Cuckoos and it was a male offering a piece of food to the female as a prelude to mating. The male has a bright red eye-ring which the female lacks. 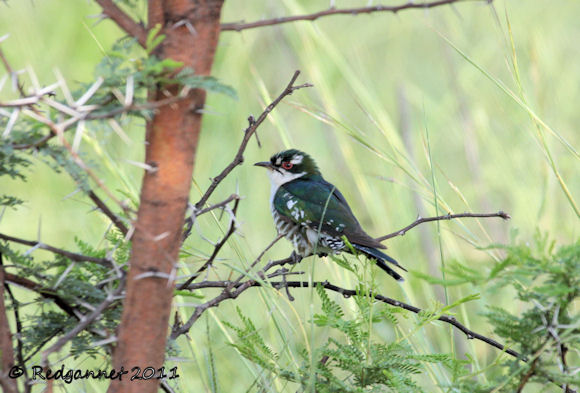 The wet season in South Africa is characterised with violent storms and quick showers. Between the rain, the sky often clears up again leaving a beautiful, if humid, afternoon. The birds that feed from prominent perches were still hoping to catch a late lunch, but the rain dampened their chances for a while. 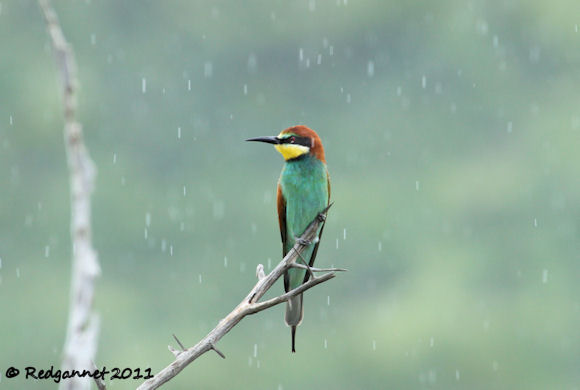 At one point, I felt that I had entered the Eurozone. Within a very short distance, I encountered the European Bee-eater, the Eurasian Swallow and as the sun came back out, a European Roller. 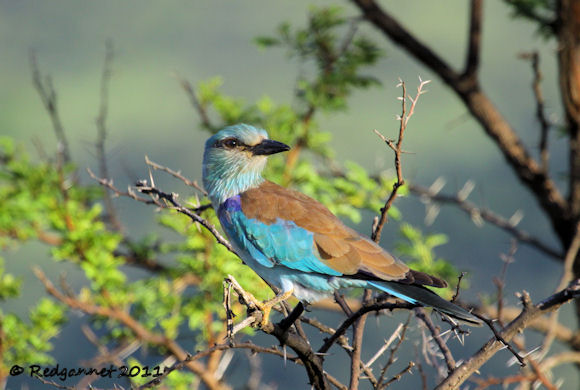 I had moved from the scub onto the grasslands now. Pilanesberg is blessed to have many habitats from rock-strewn mountain-side to large permanent water, acacia scrub and grassland. The park is managed and controlled burns are instigated if natural fires don't clear some of the long-grass meadows. A large shape caught my eye, it was a White Rhino. The animal's head was down, and the long grass hid much of it, but rhino 'tocks are unmistakeable. As a double with only my second 'big five' of the day was a Kori Bustard,  the world's largest flying bird! 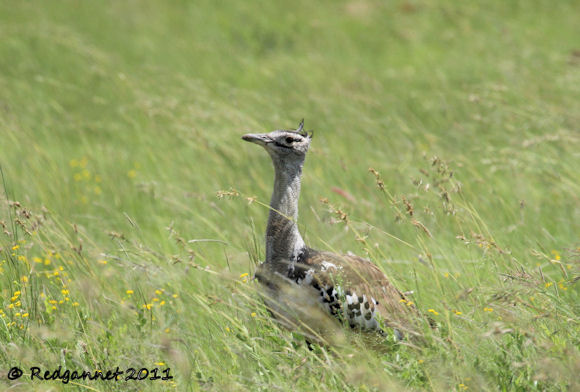 I made a big circle from Manyane gate around Dithabaneng to check on the elephant carcass that I had seen on my last visit. Only a few of the large bones were left visible and they were strewn over a wide area.
Shortly before Dithabaneng meets the junction of the main north/south road, I saw a herd of Elephants off to the left. they seemed to be moving quite deliberately along and I suspected that they would come out onto the main road shortly. I waited in ambush for a while and although I didn't see the Elephants again, a Black Rhinoceros showed briefly in the scrub.
I found some more dragonflies while I was waiting. The Jaunty Dropwing, Trithema sticta was equally at home on the ground and easily seen around the puddles along the road. 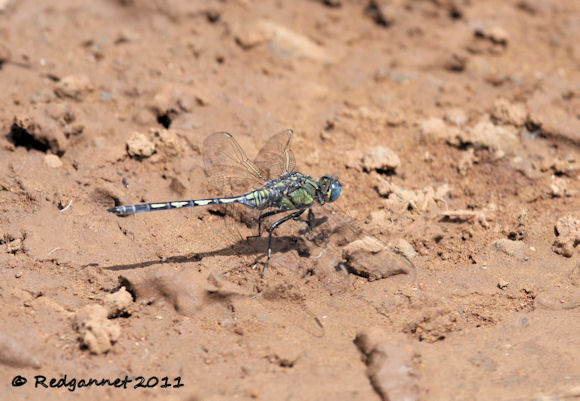 The other ode is one of the Orthetrum family, a tricky bunch to identify specifically. I have narrowed this one down to two possibilities, but am taking advice before committing myself. Look again later and hopefully I will have an ID for it. 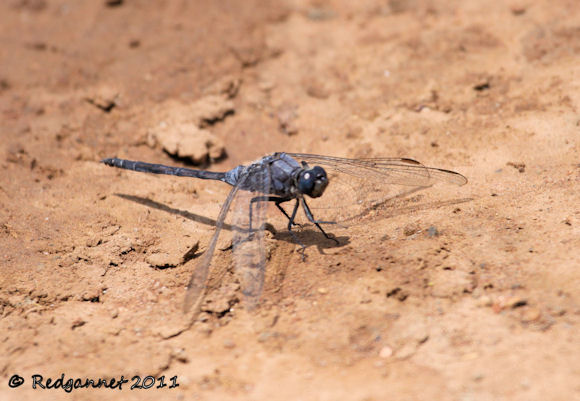 There is a big hide on the main Mankwe Dam which  visited shortly before having to head for the gates to be out by dusk. Here the weavers were out in force again with a Red Bishop sitting up for the best shot of this species this week. 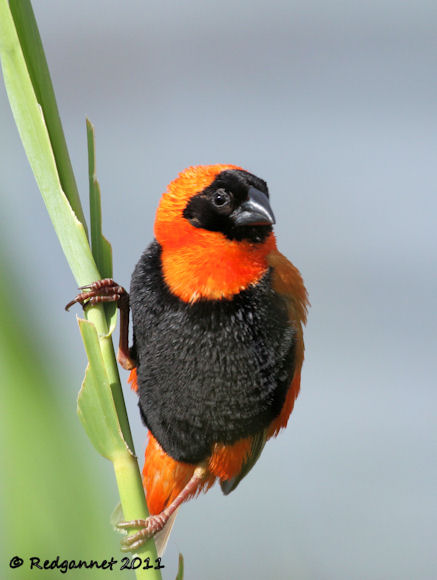 A pair of Water Dikkop or Thick-knee were down by the water at the Hippo viewing point, although on this occasion, there were no Hippos to be viewed. 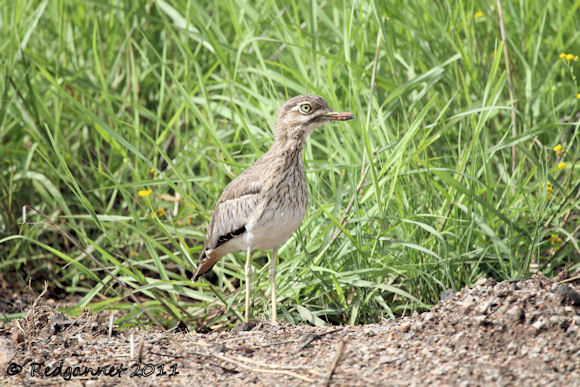 I calculated that I had time to drive to Kwa Maritane Gate to exit the park, but half way there, the road was blocked and impassable. I had to turn round and make a dash for Bakubung Gate again, which left me rushed and with very little time to stop. At last a Golden-breasted Bunting sat up to have its picture taken and I resigned myself to being late. 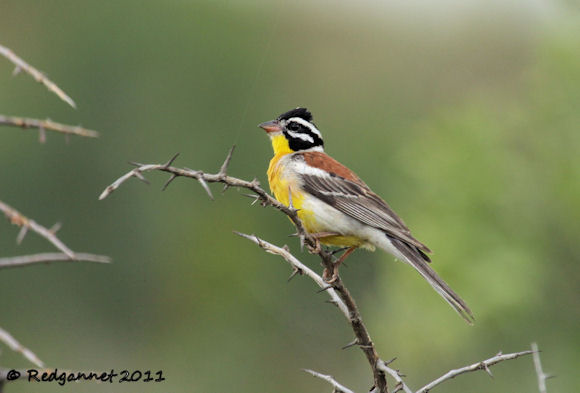 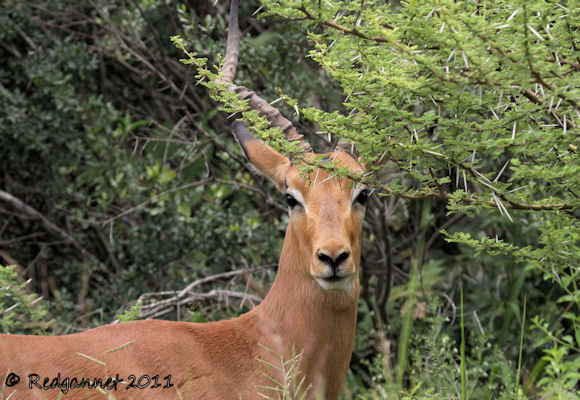 Look for other posts for Pilanesberg and South Africa and the rest of the Dark Continent on the dedicated Africa page
http://redgannet.blogspot.com/p/africa.html
Posted by Redgannet at 23:17