Marievale is much bigger than Rondebult (the reserve featured in the previous post) and the expanses of water are up to 20 or 30 times wider. This gives more scope for open water species, but there are still a few small patches that would rival Rondebult for intimacy. 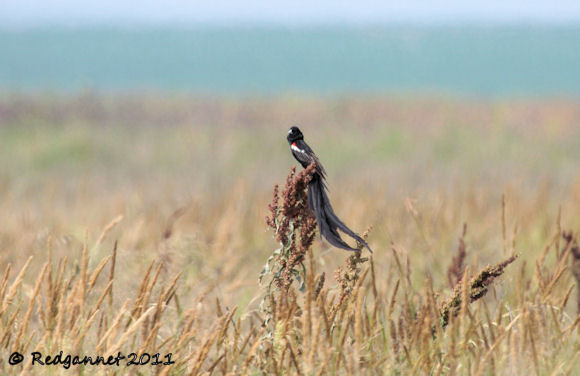 It took nearly an hour to drive between the two reserves because I had to keep stopping to look at Amur Falcons and to scan the agricultural areas on the approach to Marievale (approaching from the east to Google Earth ref; 26° 21” 49’S 28° 30” 28’E). The long grass beside the road and across the fields held Long-tailed Widowbirds and the ubiquitous Red and Yellow-crowned Bishops. 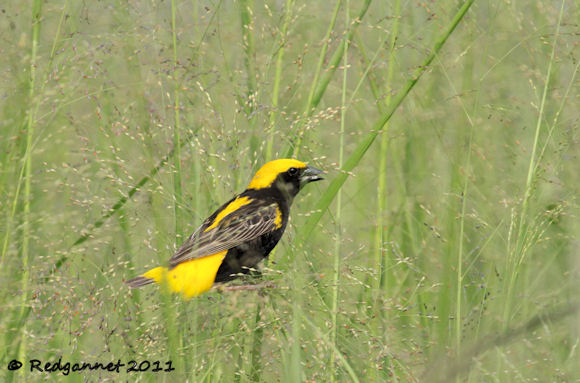 There has been a lot of rain recently which has made the reserve difficult to navigate. The roads here are unmade and pass through a marsh. Deep puddles left me unsure how far to push my luck and my two wheel drive sedan, so I just kept pushing until I wished that I hadn’t. The rank grass and sedges either side of the road were flooded attracting lots of ducks and herons away from the open water. White-faced Ducks and the large Spur-winged Goose could be easily seen, but most of the others were lost in the long grass. A flock of Ruff only became apparent when they took flight. A Goliath Heron on the road stood out well enough. It tried to take off, but struggled to lift its massive bulk. At the third attempt, it managed to get airborne and dropped over the reeds and out of sight. 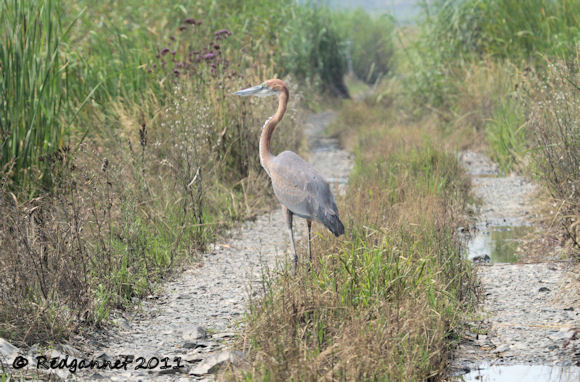 The Red Bishops returned to bathe in a puddle after I had passed through it, so I got out of the car and sat in the trunk for a while taking pictures. The puddle was quite big and a good close up was hard to get. The birds flew if I tried to approach them on foot, so I got back into the car. It was at this point that I realised that I had locked the keys in the trunk. I was rueing my Devil may care bravado on the flooded roads and doubting that anyone else would be stupid enough to attempt to get this far. 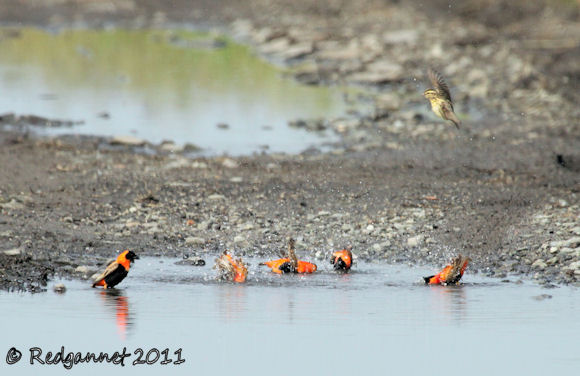 A first sweep of the inside did not reveal a boot release switch, but luckily I found one at the third attempt by inverting myself in the driver’s seat. Embarrassed and upside down, but relieved, I took this as a portent to move back to drier, safer ground. Even the Shelduck hide was flooded so I retreated back to the tarmac of the approach road. Whiskered Terns were feeding a couple of youngsters and I found a Black Crake at last. 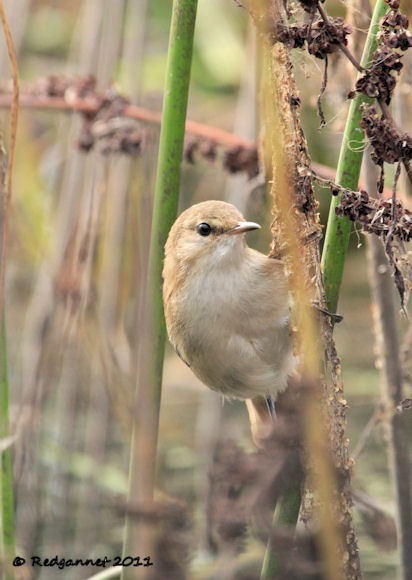 From the Otter hide, I found an African Reed Warbler. They are said to be co-operative breeders which would fit with what I saw this afternoon. On both other occasions my sightings were of multiple birds. This one was very co-operative and flitted through the rank vegetation seemingly unabashed by the clicking camera. 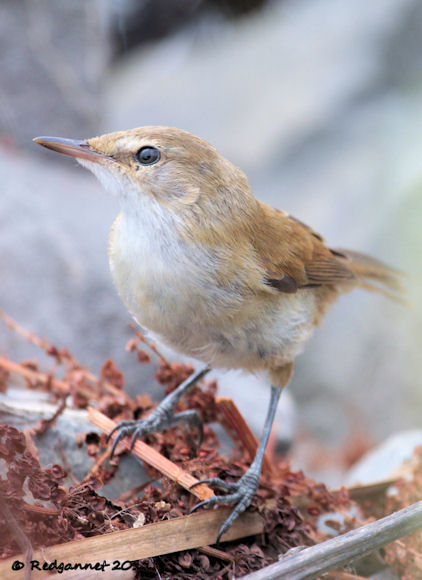 Despite only a small part of the reserve being accessible, quite a few birds popped their heads up to be noted. If only to see which fool had ventured this far in, a Little Bittern looked out from his reedy haunt, but his camouflage rather let him down today. 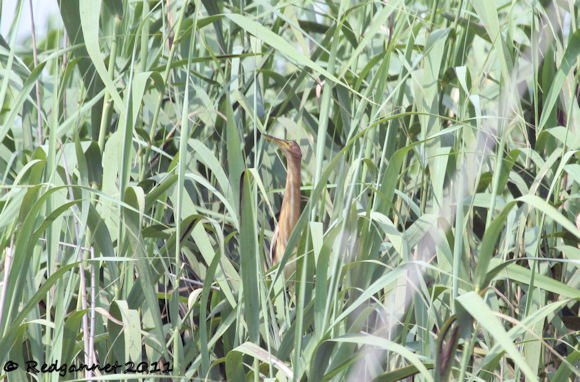