A trip to Philadelphia was affected by snow. This post is an account of a very brief skip out from the hotel to have a look at the Delaware River.
From my room, I could see that small ice floes were beginning to form on the river and birds were using them as rafts and getting a free ride upstream. The Delaware is tidal at Philadelphia and the incoming flow had reversed the direction so that it appeared to be going inland. 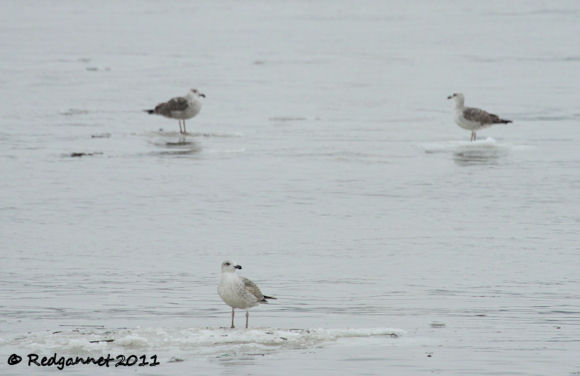 Most of the hitch-hikers were gulls and immature ones at that. Did I really want to go out in the snow and frustrate myself over immature gulls? But then I saw a male Bufflehead floating by and decided that I couldn’t predict what might be next, so out I went. Perhaps a closer inspection might reveal rails and kingfishers who had journeyed from their frozen freshwater haunts to a place where the water remained clear from ice? 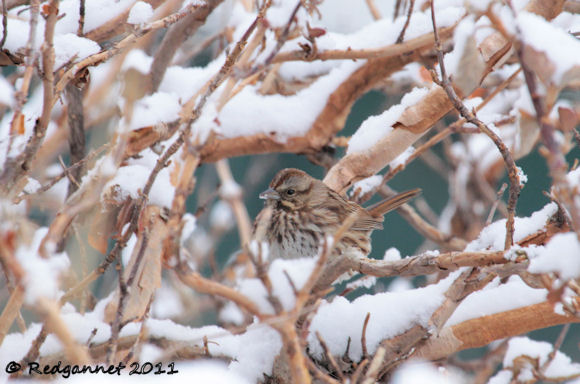 A Song Sparrow looked nearly as red as the Fox Sparrow from New York last week. It dived into a snowy bush when it saw me coming, but sat up high enough for a good view. 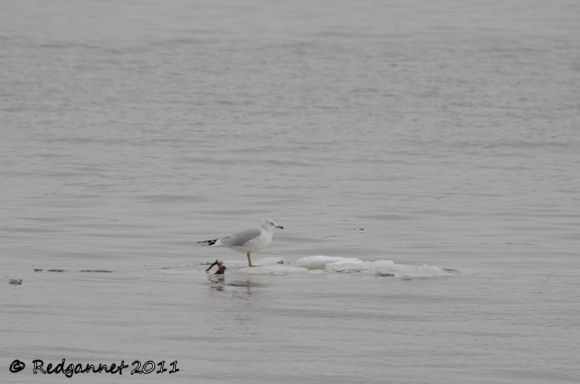 Ring-billed Gulls and Greater Black-backed Gulls were the birds conserving their energy and letting the ice and the river do the work. 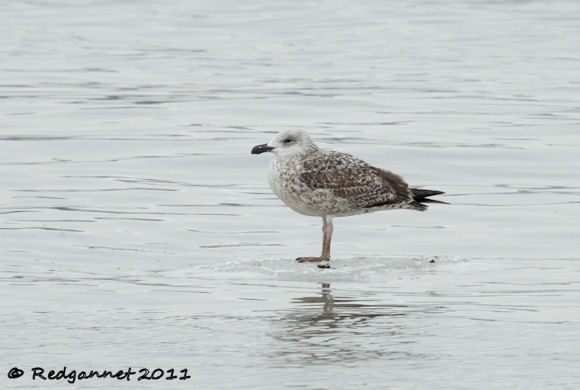 In a small dock, near Penn’s Landing, 8, Ruddy Duck were pretending to sleep, but were fully alert to my approach and sidled away with their heads still tucked firmly under their wings.

The only other birds to show today were some starlings, House Sparrows and a flock of Canada Geese that came flying in and landed just ahead of me.
It wasn’t a big day, but I was pleased to get out if only for a very short time. In the nearly two years that I have been blogging around the world, the weather has not yet prevented me from going bird watching, so it would have been a bad precedent to allow.