This post is a copy of the 10000 Birds sumbission.

The ground is my friend. For someone who spends so much of his time in the air, the feeling of a secure surface comforts me as a mother's hug soothes a child.


Since becoming an adult I have maintained a respectable distance between me and the ground as befits a grown-up conforming to public dignity, but a recent aquaintance has caused me to reconsider my attitude and revert to the horizontal.
Jeannie loves to crawl. She crawls through the grass and the undergrowth, seeing things that are missed or trampled underfoot by the vertical adherents. It's a whole other world down here where the small things are. In the words of Sebastian the Crab (The Little Mermaid, Walt Disney) and as echoed by Jeannie, "Darlin' it's better, Down where it's wetter, Take it from me!" 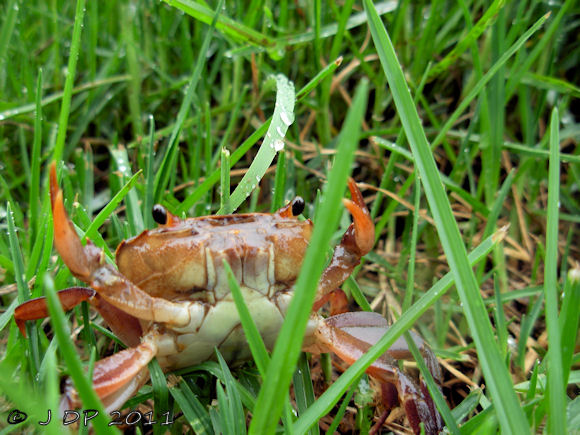 Jeannie is possessed of a hunger to explore every last inch of her beloved Moreleta Kloof Nature Reserve, in Pretoria, South Africa and she finds that getting right down to it can reveal so much more than remaining upright. That's obvious, of course, but how many of us actually get down onto our bellies to inspect something from a different perspective? The last time I did, a concerned birder thought that I had collapsed and came across to check that I was OK!
Now you or I might be too concerned about public opinion to be caught with our behinds sticking out from a bush, or we may worry that our children will be bullied at school for having an eccentric parent (in fact, when I go out, my family insist that I leave all identification at home so that if I die doing something stupid, they won't have to suffer the indignity of being associated with me). This does not prey on Jeannie's mind however as she slithers and slides through the reeds of the wetland discovering new and exciting things every day. Her grandchildren take an active interest and even join in. 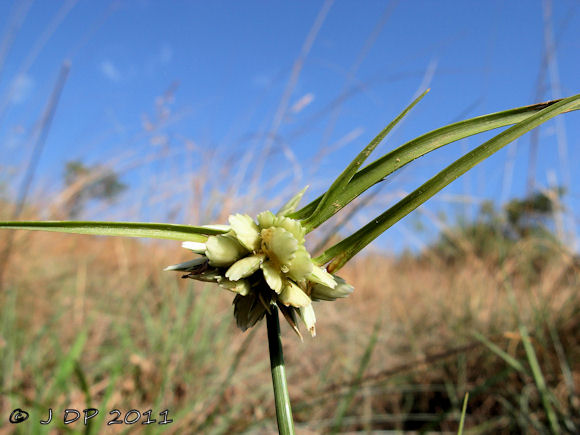 Moreleta Kloof is nearly 100 hectares of South African bush fenced off as a nature reserve. The kloof (cliff or escarpment) overlooks the reserve from the north-west. Rademeyerspruit (stream) runs along the base into a weedy vlei (dam) thence into the reed beds towards the north-east. The rest of the sanctuary is made up of grassland, scrub, riverine forest and protea hillside. Jeannie seems determined to wriggle inch and scramble her way through all the habitats and experience as much as the area has to offer.
The thought of what might be encountered in the South African leaf-litter from the viewpoint of an ankle causes me some reservations, but also adds an excitement that cannot be found at my fully drawn height. My imagination is running wild at the prospect of following Jeannie into the swamp where she immerses herself as deeply as she can into a place that she loves so passionately. Jeannie is usually covered in scratches from sliding through the undergrowth and ticks and leeches are her constant companions, but she still crawls enthusiastically into patches of bush that most of us miss with our staid "stick to the path" policy. 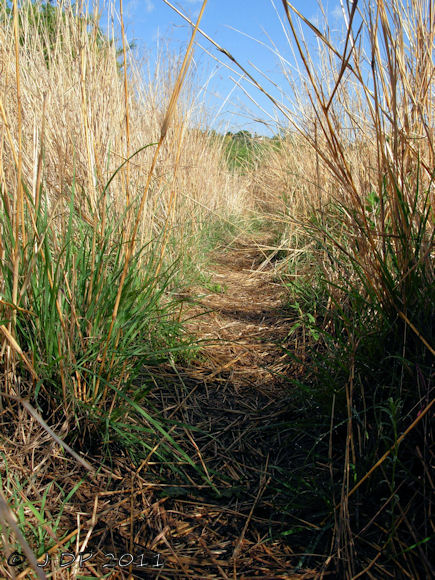 Please understand that I am not encouraging readers of this blog to abandon birding protocol and forget their values that respect creatures' rights to live undisturbed. Most reserves maintain a "stay on the path" policy because visitor numbers are high and the damage and disturbance caused by people leaving the tracks would be considerable; Jeannie is very lucky to have access to a very quiet wilderness where her impact is insignificant. She minimises her effect by following the trampled tracks of the zebra through the grassland, the Blesbok through the reeds and tiny antelopes called duikers make inroads into the bushes that allow her access there. 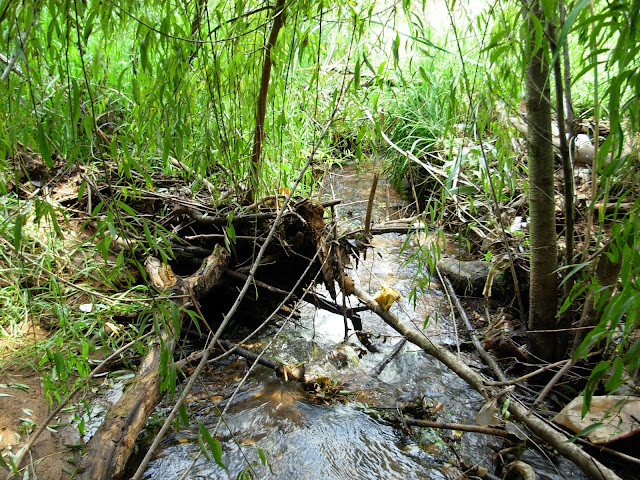 I realise that I may be burned at the stake for encouraging people to go off-piste, but I am convinced that anyone reading at this site has a sense of what is appropriate and where, when and how a path may be left. It may also be blasphemous to suggest that they might find anything other than birds while they are crawling, but what a world there is to see when you are knee high to a grasshopper.
I have committed myself to a crawling session with Jeannie on my next visit and I am very excited about it. If anyone else has tried it, leave a comment. If you want to try, please beware in public parks. I took a short walk on my local patch to assess the potential for crawling and found that human litter and dog faeces were probably the biggest obstacle to a good slither.

Start in your garden, then approach your local reserve to see if they would be amenable to such an idea. Perhaps put in a request for a ranger-led scramble to test the waters. The thought of getting down and dirty at this cold, wet time of year may not sound appealing, but a bit of ground work may need to be done first. My thoughts are that late summer, after the sensitive times of flowering and nesting are done, would be a good time for crawling, so make enquiries with this in mind. 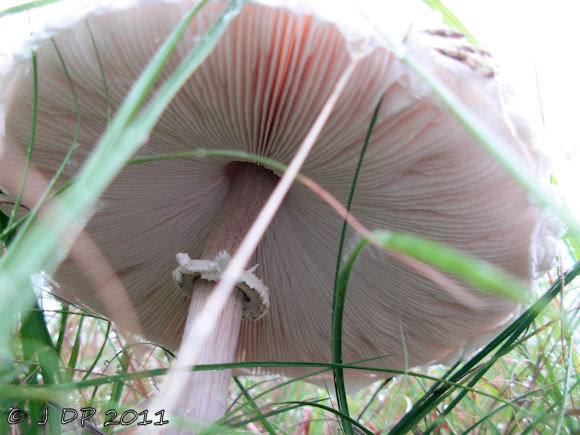 Wouldn't it be great if we could all be as lucky as Jeannie? But there are other ways to experience the smell of humus in the morning. Local reserves are always looking for volunteers to join them on working parties. Getting involved in a session will often bring the participants closer to the ground than they would normally care to be found. Even sitting quietly, observing what happens in a tiny space can bring a real intimacy between the watcher and the watched. There are a group of people in the UK called 'meter watchers'. They mark out a square with sides of one meter in a garden or other habitat and watch it. Simple, but very rewarding I am told. Have fun and let me know how you get on.