Sunday. Back in the forest, Singapore June 2012


Never one to heed my own advice, I returned to the forest and Jetaling Tower on Sunday morning. Having visited only the day before, I knew that the forest would likely be full of joggers and it would be difficult to stop and watch anything without causing gridlock, but I wanted to return to confirm a couple of stringy sightings from the previous day. My plan was to get into the forest and pass quickly along the track to the tower for the early morning birds. The 6-level tower gives the perfect opportunity to get on level terms with Blue-crowned Hanging Parrots, various Sunbirds and on this occasion, a Greater Racket-tailed Drongo. 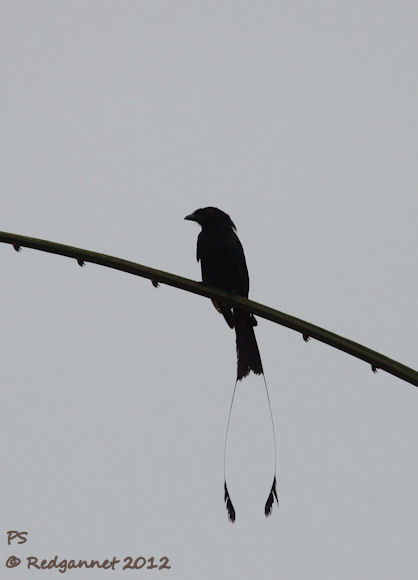 It was a perfect plan to beat the joggers. What could go wrong? Well the MRT doesn’t start until 06.30 for a start, then, I just missed a bus at Toa Payoh and had to wait another 20 minutes for the less frequent Sunday service. The result was that I arrived later than I had on the previous morning and the runners were already thumping through the forest. 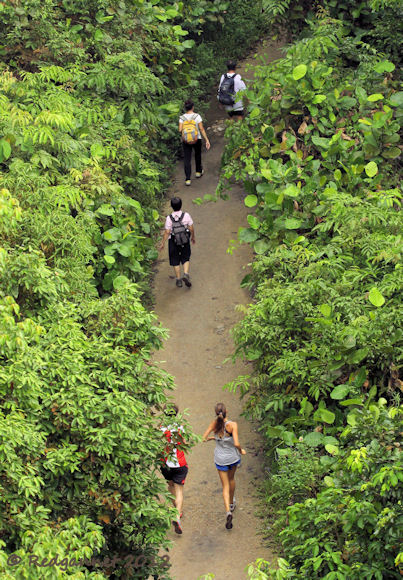 Anyhow, I pressed on and reached the tower shortly after 08.00 and was able to confirm the Van Hasselt’s Sunbird from yesterday with an unmistakeable male. Then the true value of a lens filter made itself apparent as I dropped my camera and shattered the protective glass. It really did seem like a disaster as the rim of the filter had buckled and jammed in place. 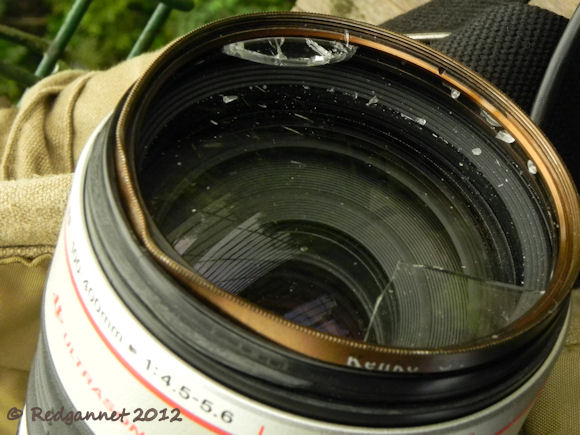 After much jiggling, I managed to remove most of the glass, but didn’t dare to wipe the front of the lens for fear of scratching it with the glass fragments. At least it was useable to an extent. Renato wrote a piece recently about how his photographs appeared crisper when he removed the filter. Now was the perfect opportunity to find out if he was right. 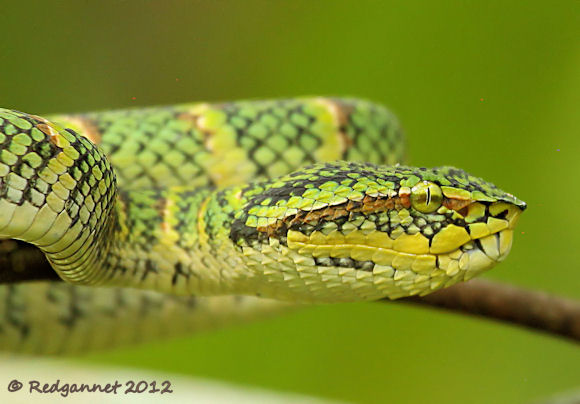 I tried a shot of the Wagler’s Pit Viper which had, considerately, remained immobile overnight and do you know, there might be something to this filterless thing. Mind you, it is most likely that a cheap filter is not going to have the perfect clarity of an expensive lens, which leaves me with the option of buying an expensive filter, or leaving the lens unprotected. Having seen what a clumsy clot can achieve, the filter is surely a good idea. 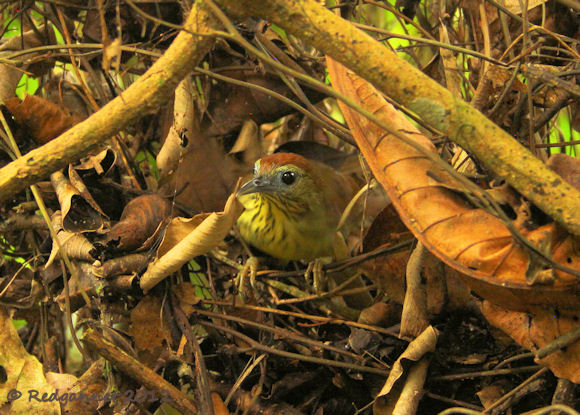 Pin-striped Tit-babblers were building a nest close to the boardwalk. There seemed to be some cooperation or competition by at least three birds. At least two individuals (males/non-breeding relatives?) were collecting nesting material and passing it to the nest-builder (female?) who added it to the messy ball about 4 feet above the ground. Perhaps two males were vying for the female’s affections by providing the best materials, or maybe a breeding pair had enlisted the help of one of last year’s brood to help out. I cannot find any information about cooperation in Tit-babblers, so all thoughts are welcome. 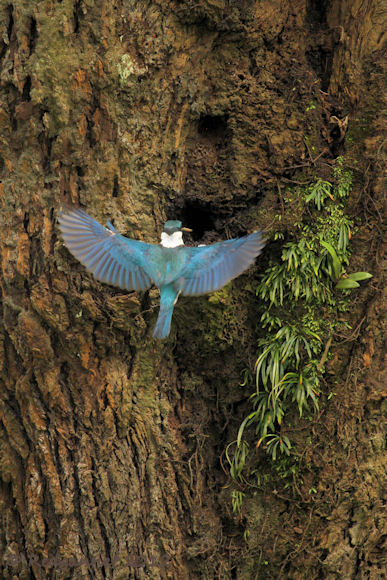 Out on the golf course, the Collared Kingfisher couple which had made a nest in a hole in a tree close to the path were still attentively relaying food to their offspring. A parent would visit and either enter the nest and stop for a while, or feed through the hole. Look closely and you may see a small kingfisher bill just inside the hole. 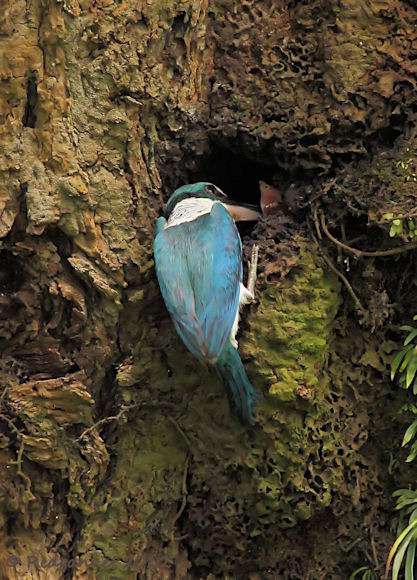 Dragonflies were well represented again, but a couple of them escaped me. This one is a Vestalis spp. Any thoughts welcome. 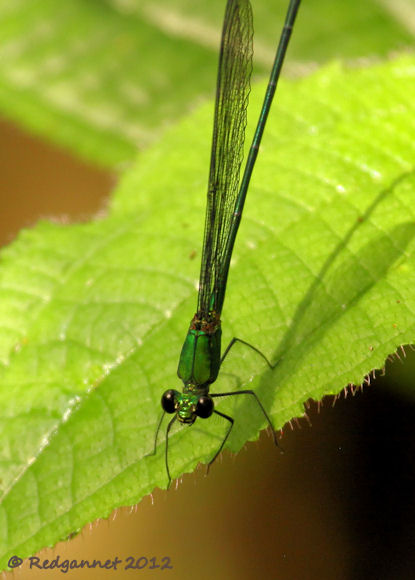 Rhyothemis Phyllis was very common along the causeway by the golf course. 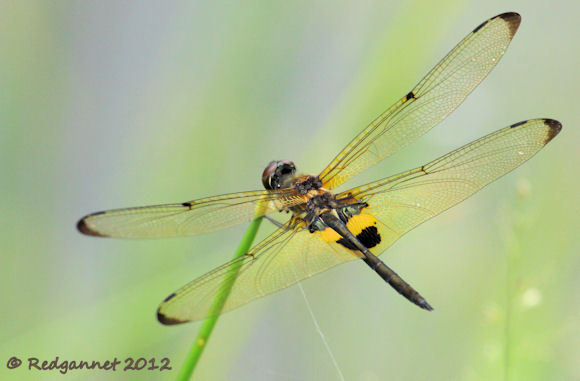 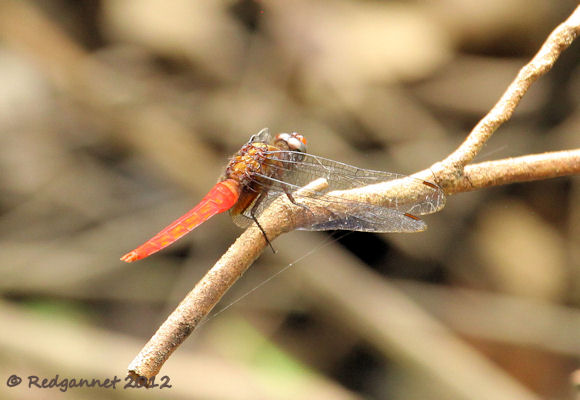 Visit the dedicated Asia Page for more posts from Singapore, including Paser Ris, Singapore Botanical Gardens and Sungei Buloh.
Posted by Redgannet at 19:30