Lincoln Park is situated on San Francisco’s ocean-side at the far west end of Geary St. A group of young men who had the shifty look of ne’er-do-wells the world over were loitering in the car park, but I was travelling light today, carrying only an old, cheap outfit while the good camera and lens are with the repairman. This would have been the perfect day to get mugged, I was even on my reserve set of binoculars. They could have had this old lot for the insurance. 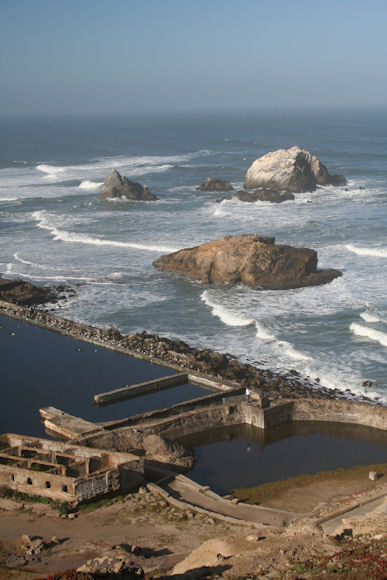 Seal Rocks were immediately striking as I stepped from the bus. They looked a bit steep for seals and were covered with guano white-wash above the reach of the tide and the waves. Brandt’s Cormorants, and Brown Pelicans found a safe roost there. Closer inspection revealed a few Pigeon Guillemots and a single Black Oystercatcher.
Beyond the rocks, Common Murres flew by, just above the water’s surface. The prevailing direction was from right to left, giving the impression that their roosting site is to the north of the Golden Gate Bridge with their feeding grounds to the south. 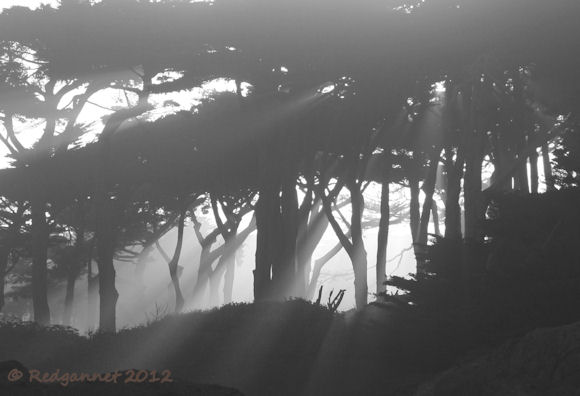 Inland, a stand of pines refracted the early morning sun to beautiful effect. The areas close to the tops of the cliffs had been roped off to avoid erosion to the delicate plants on the slopes, but my potential insurance adjusters had stepped over them and were sniffing glue close to the edge. 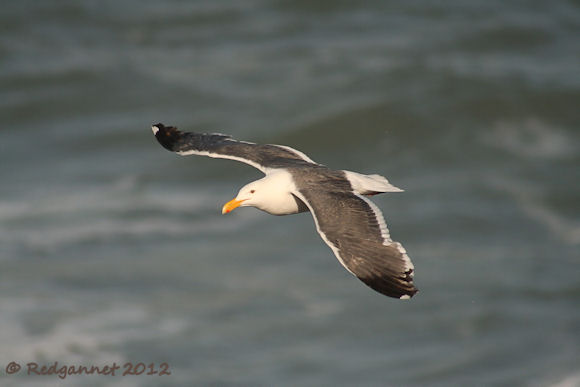 The brisk wind coming in from the ocean reminded me that even in the second week of June, a pair of gloves would be no weight to carry. The Western Gulls and Common Ravens didn’t appear to notice the chill as they rode the wind rising up from the cliffs. 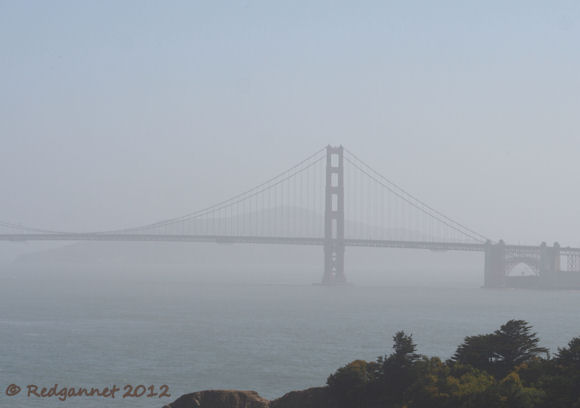 A path leads round the headland and a view back through the Golden Gate Bridge into the bay with Angel Island just beyond the iconic structure, would surely be a very picturesque sight on a clear day. 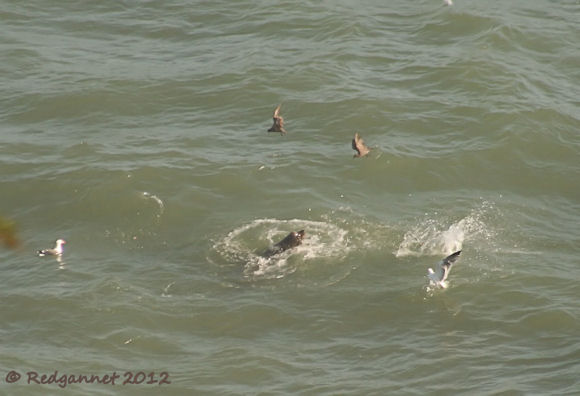 A California Sealion had caught a huge fish and was thrashing around in the water trying to subdue it and break it into bite-size portions. This attracted the gulls who were hoping for a few scraps. There were porpoise close to the bay entrance too. They hardly break the surface, unlike their more exuberant dolphin cousins. They just appear to roll gently at the surface, thier tiny dorsal fin barely visible at distance. 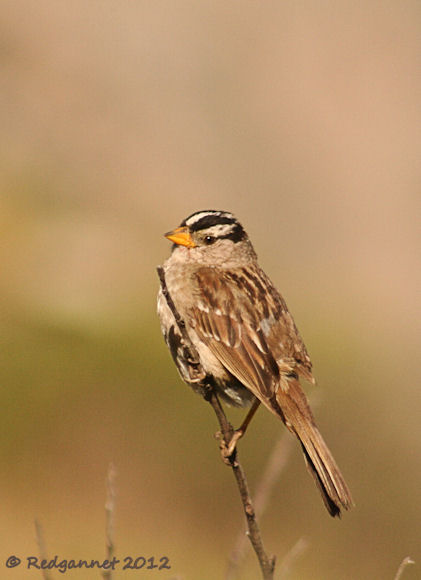 White-crowned Sparrows were very common along the path and a flock of Surf Scoters were seen close to the mouth of the bay.

Visit the dedicated USA and Canada Page for more posts from San Francisco, including Palo Alto Baylands and Golden Gate Park.
Posted by Redgannet at 15:08