No trip to Singapore would be complete without a visit to the wonderful Botanic Gardens there. I arrived by MRT at the Eco Pond end of the gardens, starting the day with the conundrum that is the swiftlets. 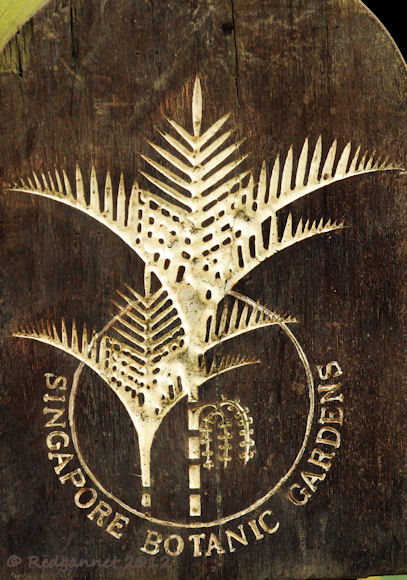 I had spent a lot of time on them already, but this morning they were joined by a far easier species in the form of a Grey-rumped Treeswift. White-breasted Waterhens were common around the pond’s edge though they looked very nervous as they tended to their young. The Lesser Whistling Ducks were also keeping a watchful eye on their brood. 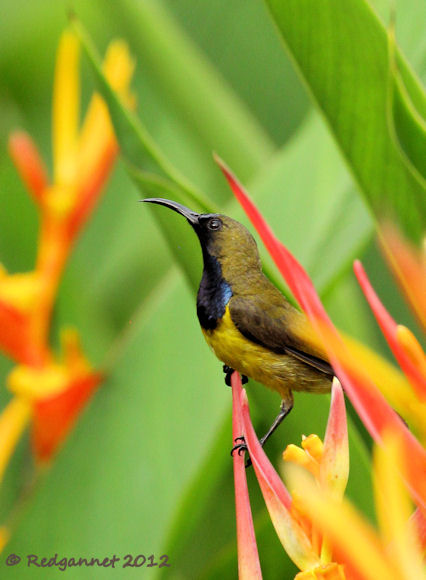 I was headed towards the Heliconia garden which overlooks Symphony Lake and attracts Sunbirds to feed from the showy flowers. An Olive-backed Sunbird male was first to show followed shortly after by the female. 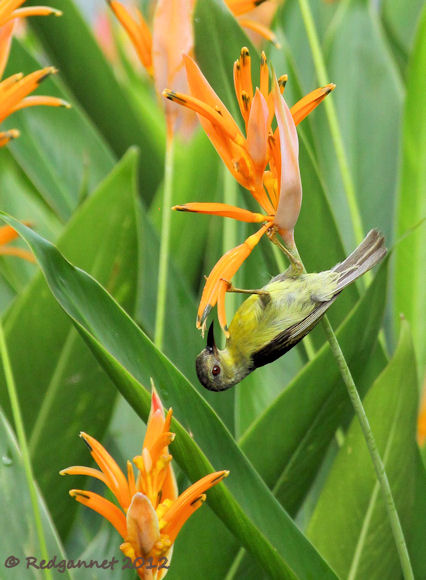 A Crimson Sunbird came down to feed too, but dropped onto the far side of the flowers. On the other side of the lake, looking back towards the Heliconias, a White-breasted Kingfisher kept vigil. 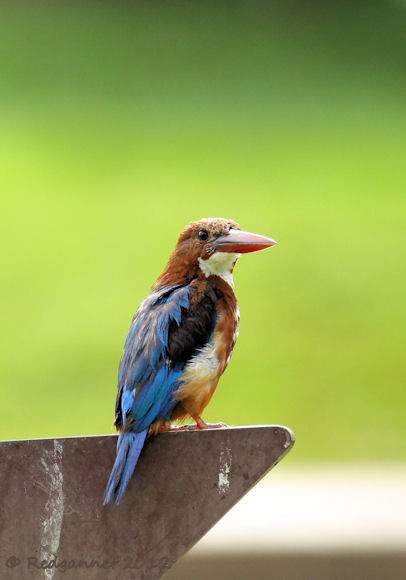 I continued towards Swan Lake where there is a slope with some fruiting trees at the bottom. From the top of the slope, I was able to see the Pink-necked Green Pigeons which were feeding, then took to roosting as the day warmed up and the fruit began to ferment. 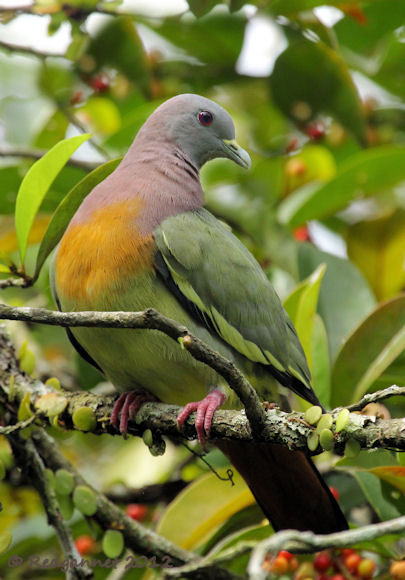 The usual angle of approach for the Green Pigeon is from below as it commonly feeds in the tops of fruiting trees, so it was nice to get a picture that does not prominently feature the vent. 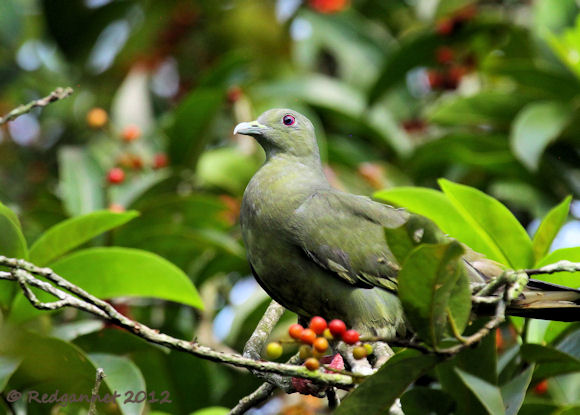 I returned towards the MRT station passing the proud parents of three White-breasted Waterhen chicks that crossed the path in front of me and stopped for a quick photocall. 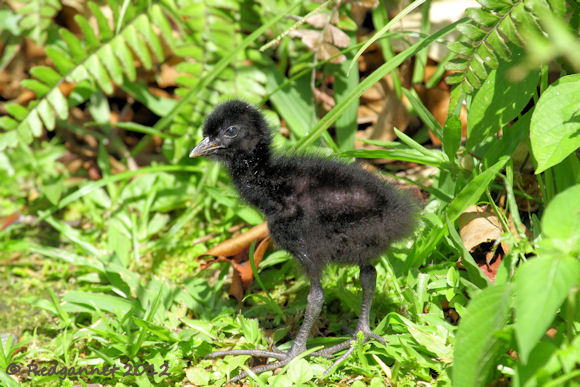 Of course Singapore Botanic Garden is famed for its variety of dragonflies. I hadn't intended to do any oding today, but when a bright red jobbie lands on a Heliconia, it is hard to resist. 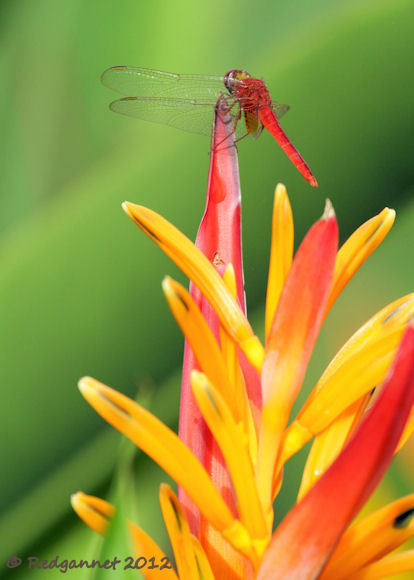