Bukit Timah is a forested Hill in the centre of Singapore Island. I would venture to say that it may be the highest spot in the country, but don’t hold me to that. There is a steep initial climb for about 200 meters from the Visitor Centre before the gradient becomes more bearable towards the summit. All in all, the climb would probably not take more than 15 to 20 minutes, but that time might be better spent around the base of the hill where more birds seem to hang out. 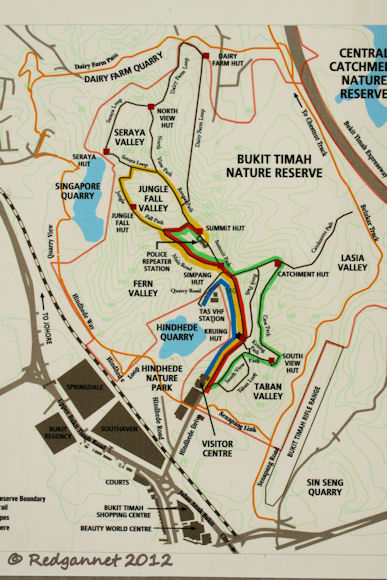 At the entrance, a cycle track cuts into the forest on the right. Beware of mountain bikers here who assume that they have the right of way. 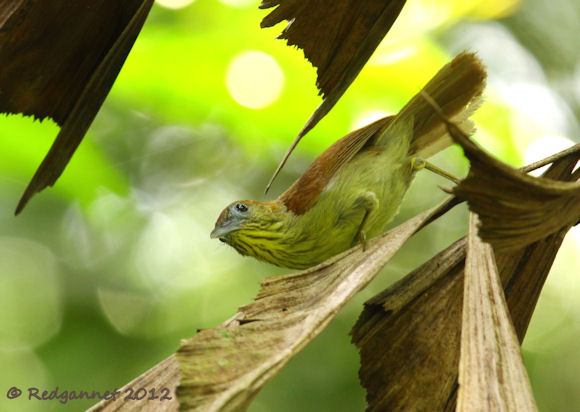 Pin-striped Tit-babblers were common along this track as were the Asian Glossy Starlings, Pink-necked Green Pigeons and Yellow-vented Bulbuls. Greater Racket-tailed Drongos were chasing relentlessly back and forth to feed a pair of chicks. 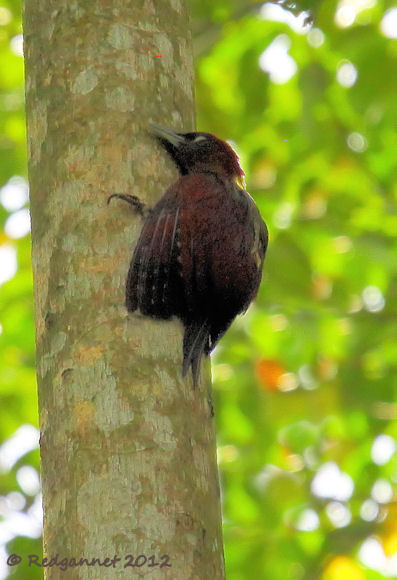 Please excuse this picture of a Banded Woodpecker which was taken from the deep, dark, wood and had to be enhanced dramatically to bring up the image. The bird was clinging to the trunk with its legs splayed wide to enable it to get closer to the trunk and listen for grubs moving inside. Its wings were spread to keep it from rolling from side to side on its keel. 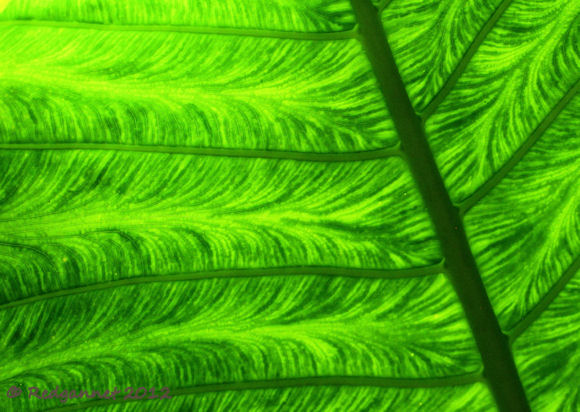 The highlight of the visit was finding Hindhede Park. Even though the entrance is located right beside the Visitor Centre, I had never ventured into this section of the reserve. Primarily, it is a picnic and playground, but the forest is closing back in to reclaim the tables and climbing frames. More Greater Racket-tailed Drongos and Common Ioras were seen on the short stroll as far as the platform that looks out over the flooded quarry. 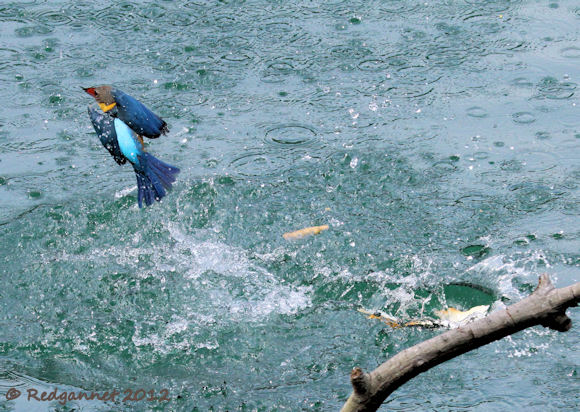 A photographer was trying to capture a shot of a Stork-billed Kingfisher diving for fish. He did this by throwing out a piece of bread which attracted the small fish. When the fish splashed, they in turn attracted the kingfisher which plunged into the shoal three times as I watched. This was the best that I managed, but there is more to come from my next visit, I can assure you. 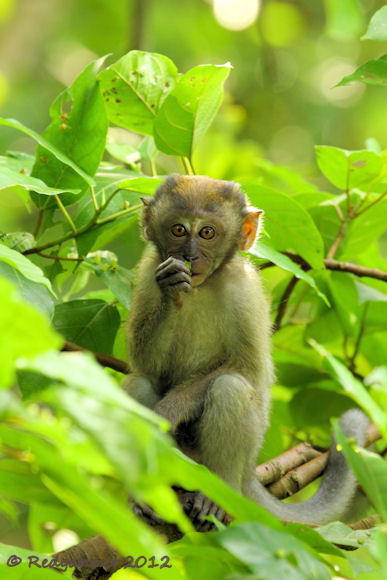 Sadly, I have to put the Blue-eared Kingfisher down as a miss. We managed to scale the language barrier as the other photographer told me that he was waiting for the little blue kingfisher that comes later in the evening. He excitedly called and pointed at a ripple, then into a bank-side tree, but I just couldn’t see it. So I have two good reasons to return on my next trip to Singapore.


I made the journey to Bukit Timah as an extension of the trip to the Botanic Garden. Buses 67, 170 and 171 all pass by the Botanic Garden MRT station and continue to the stop close to Bukit Timah at Google Earth ref; 01 20 35N 103 46 31E. From here, look north to see the big aeriels at the top of the hill. Head towards them and cross the footbridge over the main road, pass under the little railway bridge on Hindhede Dr. and continue straight up for the Visitor Centre at Google Earth ref; 01 20 55N 103 46 37E.


Alternatively all three of the buses mentioned above pass within 200m of Newton MRT Station.

Visit the dedicated Asia Page for more posts from the area such as Singapore Botanic Gardens, Sungei Buloh and Paser Ris.
Posted by Redgannet at 17:25