With my new, highly tuned snakey senses prickling, I returned to the Greensand Ridge on what I had judged to be a good morning for Adders. Clear skies last night had allowed the temperature to drop and even a touch of frost had been predicted last night. The snakes would need to bask to build up their enegy for the day.
In my eagerness, I arrived before the sun had risen sufficiently to fall on the slope. So for the first pass, there were no snakes to be seen. I returned along the path which runs along the base of the down. It looked promising, but was also non- productive. 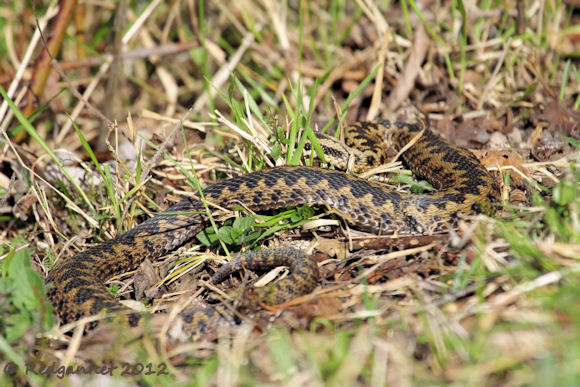 By now, it was just after 09.30 and as I started my second pass, I found the first Adder, a small one, beside a square of corrugated iron laid out as a refuge. It was very wary and slipped away quickly as I approached, but a second Adder was seen under the sparse cover of the bushes.
I suspect that this was the same individual that Phil and I saw on our outing the other day. Then, it had a cloudy eye that we interpreted as a sign that it was about to shed its skin. Now its eye was clear and red. 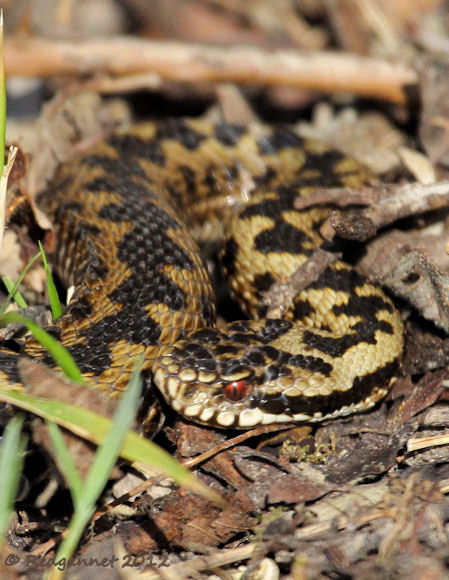 It allowed me to approach fairly close before huddling itself into what looked like a defensive posture. I stayed still and eventually it uncoiled and recommenced basking. 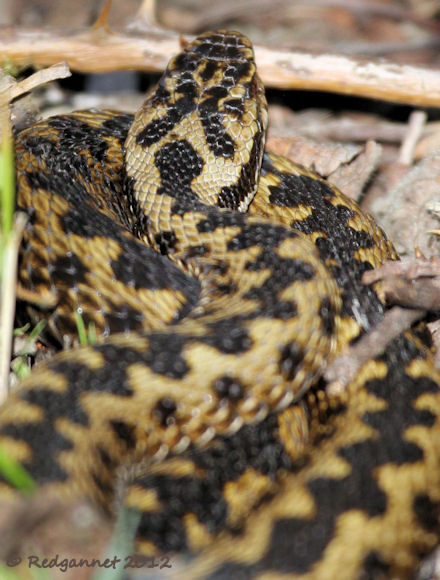 3 Adders were seen and a couple of Slow Worms. Perhaps my snakey senses still need a bit of fine tuning. Knowing that there are snakes present gives a chap confidence to be thorough and vigilent in his search, but it would be a difficult task to find them on a virgin site without knowing exactly where to look. 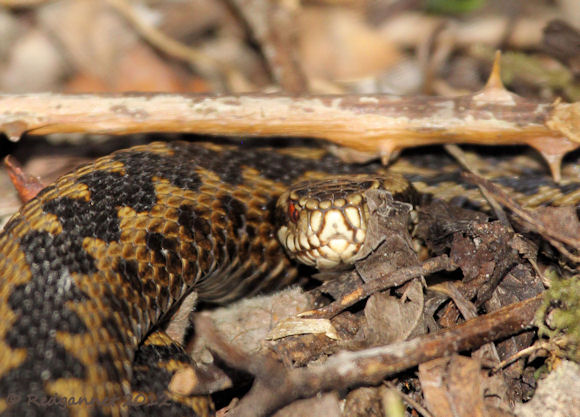 The third adder I suspect was also an individual that we saw last week. It was tucked away so deep in the brambles that I would never have found it if I had not perservered in the knowledge that it was in there somewhere. My next job is to learn how to seperate the sexes. Greenie reckons all the snakes from my visit with Phil to be males when we took them for females.
On my next outing, I need to look for gradually tapering tailes to indicate a male snake, or a sudden taper as worn by the females.
Posted by Redgannet at 16:31