The weather was threatening to be wet and windy for the next day, so I popped out quickly to Raglans Wood (Google Earth ref; 38 55 23N 77 14 28W enter via Tyspring St. off Gosnell Rd) for my fix in case tomorrow got rained off. There was not much time before dusk, but the evening looked very pleasant if just a little chilly. 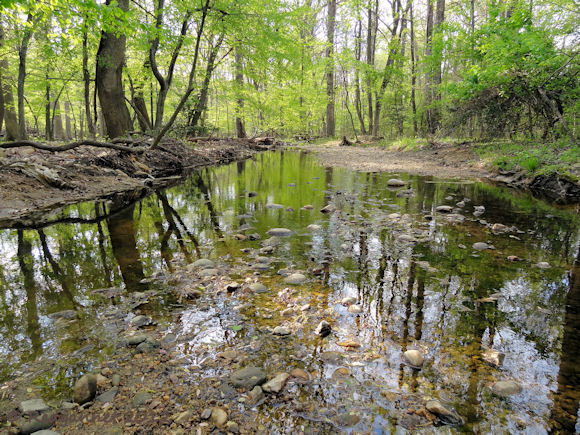 White-throated Sparrows and Northern Cardinals were making plenty of noise, but I had only brought a small compact camera which was unable to discern the birds and focus on them among the branches. 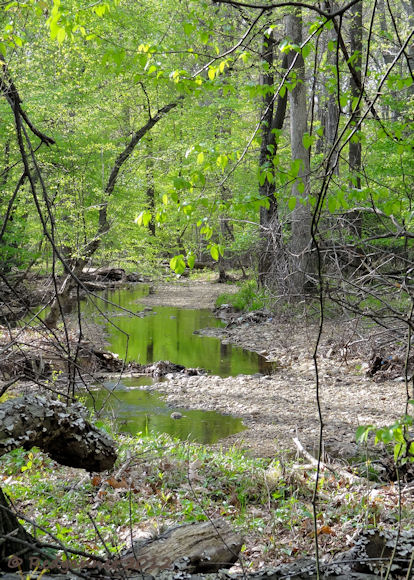 Thankfully, it takes a nice landscape picture, even in portrait attitude, so this is more of a descriptive post. The White-tailed Deer that can often be seen there were quite approachable this evening, and filled the frame much better, making focus possible.

The cropping zoom of post production reveals a curious pixel property that makes the picture look as if it has been hand painted. It's an attractive effect in the right situation, but not the one I was hoping for in my new compact camera. 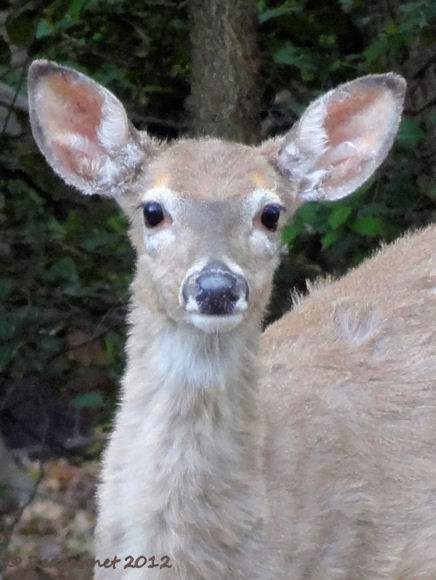 A Red-shouldered Hawk was heard in the woods beyond the cut. A new path has been opened up and I followed it in search of the hawk, which I assume must be resident as I always find it here. A party of birds along this path included American Robin, Brown Creeper, Carolina Chickadee and White-breasted Nuthatch. Further along I could hear Hairy Woodpeckers, but was thrown into a crisis of confidence about my aural skills as I was seeing Downies, then a larger bird with a bigger bill appeared around the base of the trunk to confirm what I thought I was hearing. 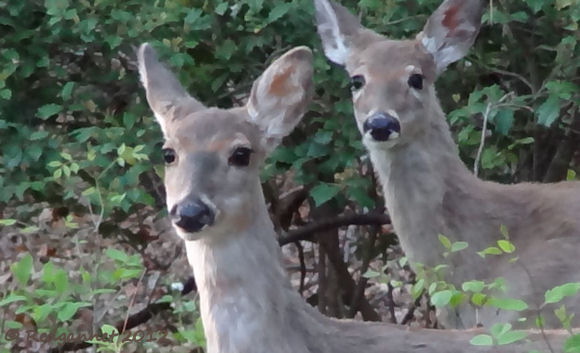 In the past, Raglan’s Wood has not produced much in the way of birds, but today it was as productive as I have seen it. None of the birds were terribly special, but there was a better selection than previous visits, with 20+ species in just over an hour.
Species seen; 22

Visit the dedicated USA and Canada Page for other posts from nearby, including, Great Falls Park and Shenandoah National Park.