Drought of the past couple of years has killed more than 15,000 trees in Memorial Park. The Texas Forest Service estimates that between 100 million and half a billion trees have succumbed to the drought. On the drive from the airport into Houston, I noticed that many of the distinctive Loblolly Pines stood brown and dry, waiting to be felled to avoid too much standing dead wood. Recent rains have come too late to save the trees but the moisture has been absorbed, leaving the pines heavy and in danger of collapse. Many of them have already been cut to minimise the risk of sudden falls, but it is a big job. The forest in the arboretum was wet with lots of standing water all of which contained tiny fish and tadpoles. Raised paths and boardwalks through the most sodden parts kept visitors’ feet dry. 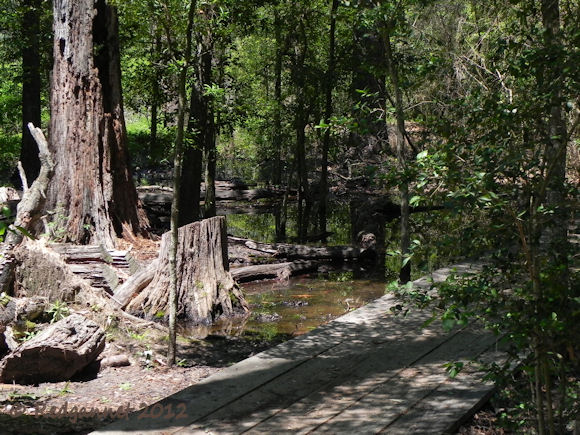 I had come looking for snakes this morning with a Coral Snake high on my wish list. They have been seen on occasion near to the visitor centre and I began my search there in the childrens’ climbing area before the pitter patter of tiny feet disturbed them.


The strident calls of Carolina Wrens rang through the forest with Northern Cardinals competing through the early morning. With no snakes to see, I passed on to the swampy area where a Yellow-crowned Night Heron flew over and settled in a tree ahead of me. 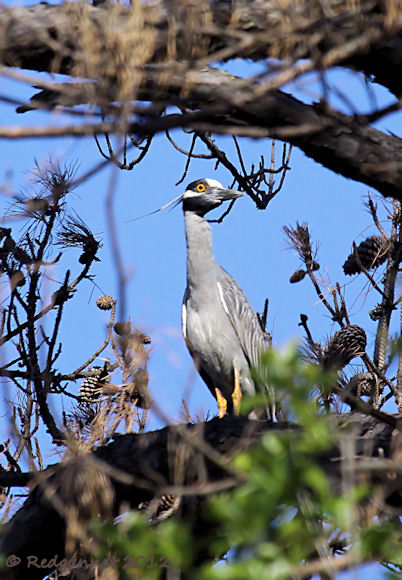 From here, I back-tracked past the Visitor’s Centre and made my way round to the meadow and the small lake which were by now soaking up the full sun (Google Earth ref; 29 45 45N 95 27 00W). Apart from another Night Heron and the background calls, there was very little bird action. A Great Egret took off from the long grasses at the edge of the lake and flew across the water to perch on a floating log which had already tempted a handful of turtles out to bask. 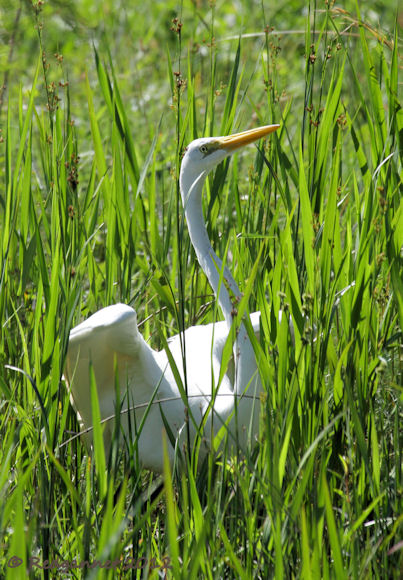 Dragonflies were already flying and in the absence of snakes and birds, I spent some time with them. Blue Dashers perched on the bankside snags while Blue Corporals preferred horizontal surfaces, such as the boardwalk, to sit out. A pin-wheeled pair of Eastern Pondhawk broke apart for the female to begin laying her eggs into the surface of the water by repeatedly diving down and dipping her abdomen. 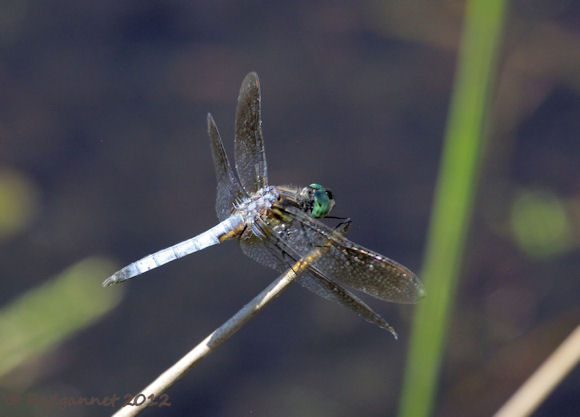 A few other people were found by the lake and they all had snakey stories about last week or other sites, but one young lady pointed me back towards the swamp boardwalk where she had encountered two snakes earlier this morning.


The water at the swamp was choked with lily pads and after just a short time scanning, I found what I was after, a small, thin Ribbon Snake. It was sunning itself with the lilies easily supporting its meagre weight and the water reflecting its inquisitive tongue. 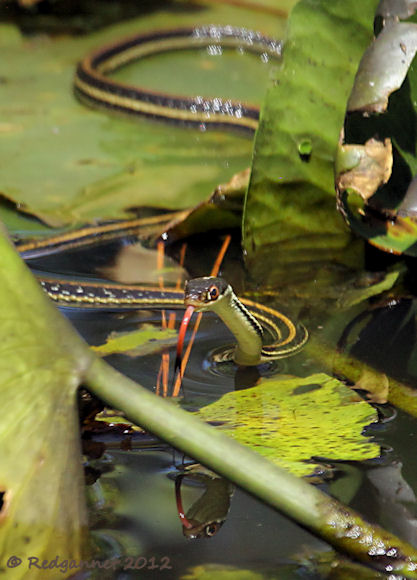 Texans must be pretty used to seeing snakes and a guided tour hardly stopped to glance at it as they passed through. That didn’t detract from my excitement though and better was yet to come. As a mother and two kids stopped to look, a Broad-banded Water Snake ventured out from the thick weeds onto the lily pads. 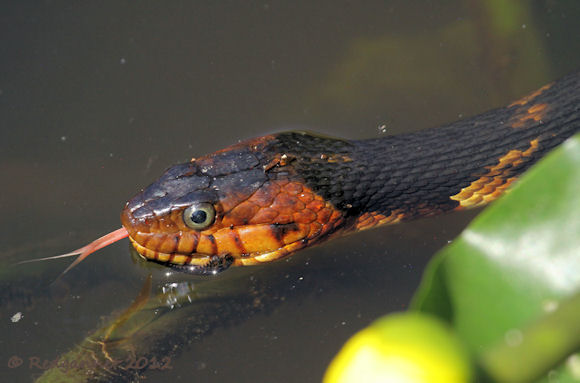 This snake was much heavier and used the water to support most of its body weight. It turned towards us, tongue flicking and passed very close, inside the 1.4 meters minimum focusing distance of my lens. In common with other species of Water Snake, the Broadband is not venomous, but can be aggressive if it feels threatened. Since it was the snake that was approaching me, it must have felt reasonably comfortable with my presence. When it reappeared later, a slight breeze had blown up and the downwind snake was far more wary.

The arboretum’s opening hours are from 08.30, so I had spent the first hour of daylight in the picnic area, close to the arboretum at Google Earth ref; 29 45 52N 95 26 23W. Most of the birds on the list were seen here from about 07.00 with four types of woodpecker and Indigo Bunting. The Warblers were disappointing with only a couple of species seen. 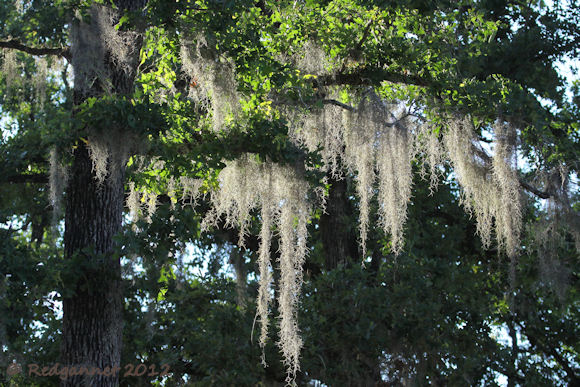 This area is characterised by thinner density of trees and enough picnic tables to host the whole of Houston on a Sunday morning. Cyclists like the circuit that runs for about a mile round the site. It gets very busy at weekends, so early morning is the best time to visit. Weekdays are much quieter.