The cape region holds a myriad of microclimates and the weather and temperature can change in an instant. From Somerset West, I set out at 04.30 beneath a sky full of African stars. I promised myself a stop to admire them as I approached Sir Lowry’s Pass, but just before I reached the heights of the lookout, I was enveloped in cloud. Thus it continued through the morning and all through my time on the road to Malagas. 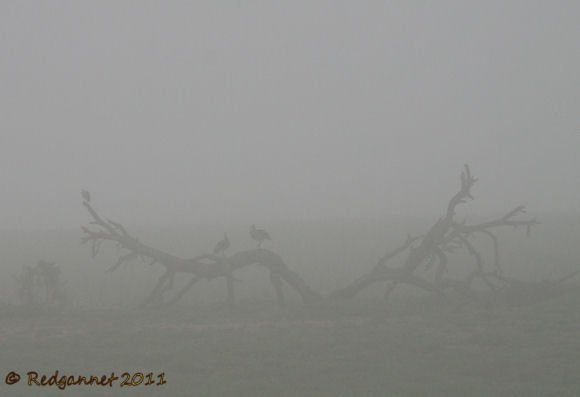 The road is recommended as a good place to explore the Agulhas plains from and to find the range-restricted Agulhas Long-billed Lark. The Cape Clapper Lark also featured highly in my hopes for the day, but the fog would make it difficult. 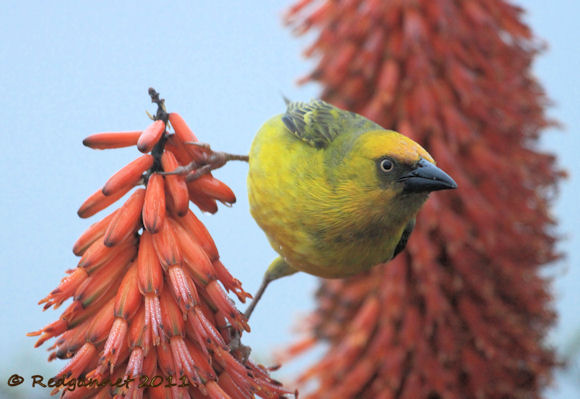 Cape Weavers were the first birds of the day. They were feeding on the aloe flower spikes, from which they reportedly love the pollen and nectar. The light was horribly flat and I tried a flash shot which only served to make the bird look startled. 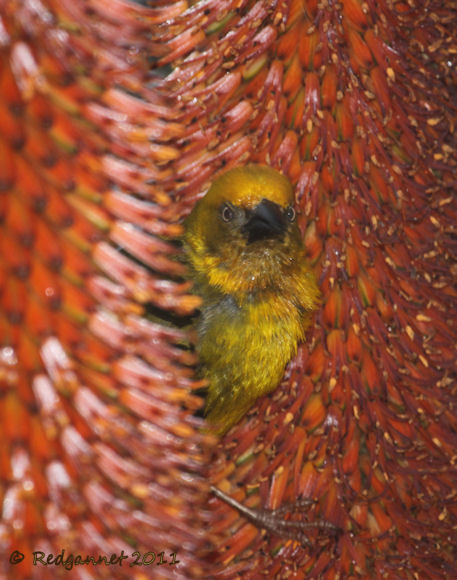 The rock-strewn, short grass fields looked like excellent lark habitat. They produced Large-billed Lark, Red-capped Lark, Grassveld Pipit and Capped Wheatear. A flock of Crowned Lapwings flew in, the first I have ever seen near the Cape. 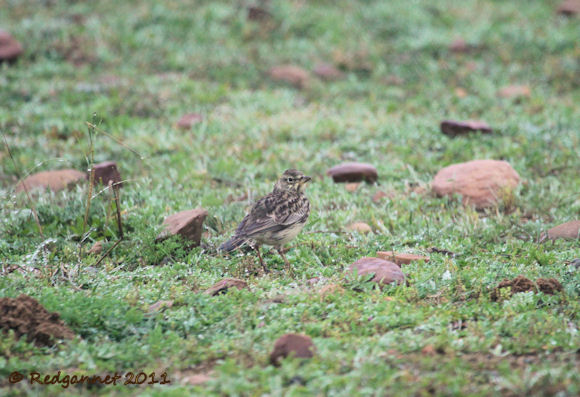 The excellent, ‘South African Bird Finder’ guide suggested a stop by a small stream, 4.4 kms along the road to Malagas. The flow and the road were bordered here by low scrub and aloes. Cape Bulbuls and Fiscal Flycatchers were easy to find, but my favourite birds seen here were a pair of Blue Cranes flying over and a Bar-throated Apalis. 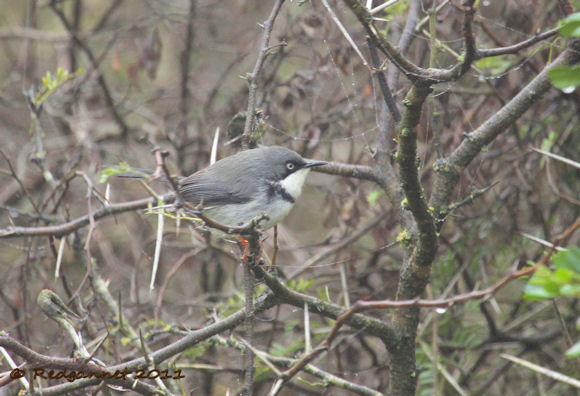 The mist persisted through the morning and perhaps it was this that fooled a couple of Acacia Pied Barbets into thinking that the spikes on a barbed wire fence were actually the thorns from their preferred thorn trees. 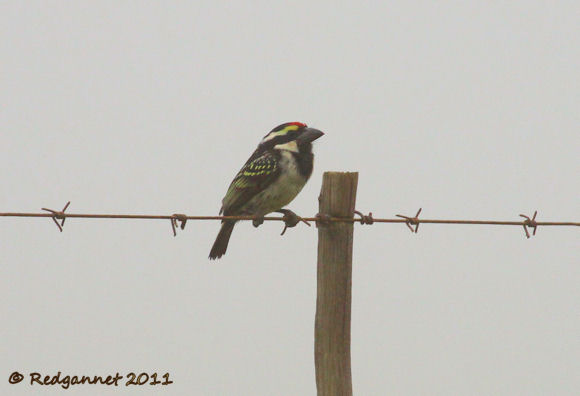 Pass through Sir Lowry’s Pass on the N2, heading east. Continue on until Swellendam. 7 kms beyond the town take the right turn at Buffelsjagsrivier, by the petrol station (Google Earth ref; 34 02’ 18”S 20 42’ 37”E). Turn left after 3.3kms and this is the road to Malagas. 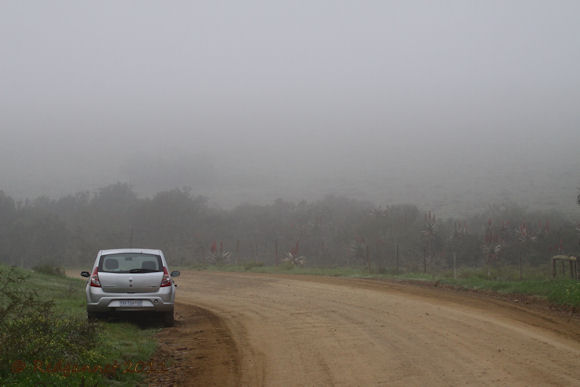 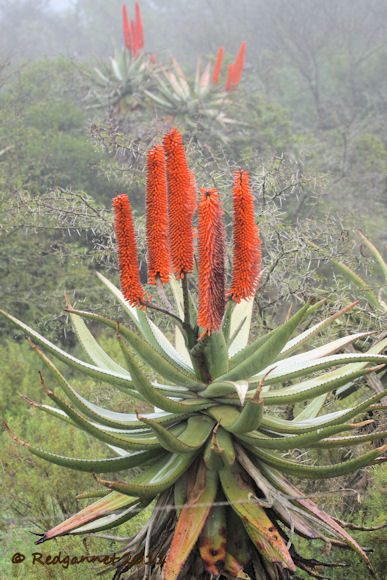 For other posts from the Cape Town area, follow the links below;

Visit the dedicated Africa page for other posts from the region.