Within easy reach of the allocated hotel in Cairo is a stables and horse race track. It is a wonder that I have never been there before to see what it might hold, but I managed to rectify that oversight during my most recent visit. The entrance to the track is very close to the security guarded gate of the Concorde El-Salaam Hotel. 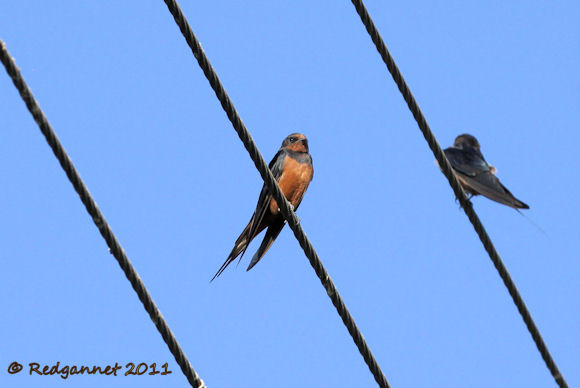 Barn Swallows perched, like musical jottings, on the telephone wires (These may be H.r. savignii, sometimes known as the Egyptian Swallow). A small sanded oval, which may be the parade ring for race days, has a few large trees in the centre. 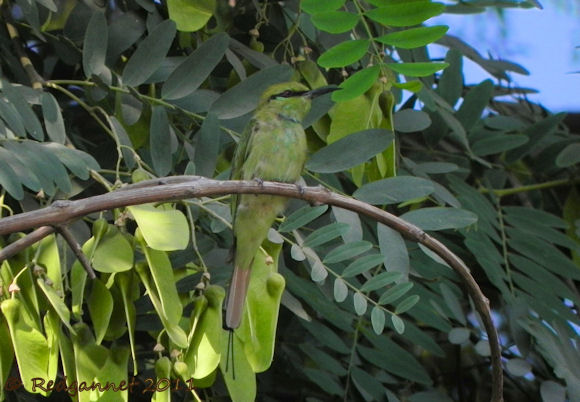 A Little Green Bee-eater was hawking for insects from one, but a few of the workers from the stables were taking a nap in the shade so I left them in peace without checking the trees too diligently.

House Sparrows, Laughing Doves and Hooded crows, in that order, were the most common birds of the day. One of the crows stood for a picture on the home straight in front of the stand (Google Earth ref; 30 07' 13"N 31 21' 11"E), but generally, they did not allow a very close approach. 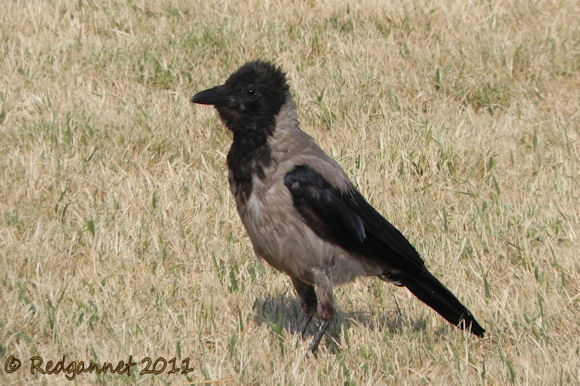 The track describes a big rounded rectangle with a lap distance of about 2.75kms, enclosing about 35 hectares of disused, dry, sandy ground in the centre. The far side of the track has fallen into disrepair, but is still used for exercising the horses and for joggers in the morning and evening when the temperature is cooler.

I had hoped that some larks or pipits or even a Cream-coloured Courser, might be seen amongst some light scrub or turned earth in the centre, but it was very quiet. A family of Common Kestrels were interacting on the ground, occasionally one would take flight and do a quick lap before returning to the group. A Southern Grey Shrike perched on a snag, watching, and some Common Bulbuls were waiting out the heat of the day in a dead tree. 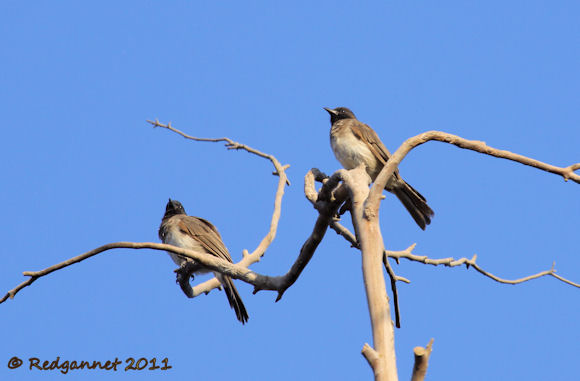 There were a lot of Odonata in the grass on the far side and I spent a good while on my belly creeping up on some. The joggers and horse exercisers stopped and looked momentarily before riding or running off, shaking their heads and muttering about English madmen. 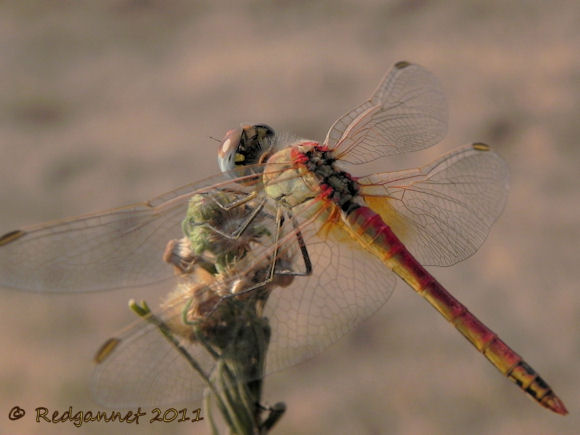 This one puts me in mind of a male Red-veined Darter, Sympetrum fonscolombii, though the red veins  are not as apparent as I would like. 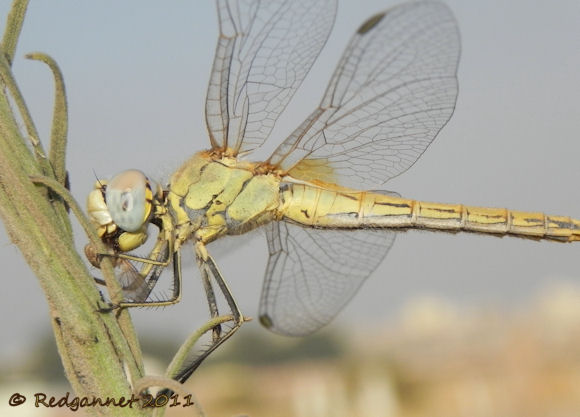 This one above could very well be the female. With nothing to compare it with, this is a tentative identification only. 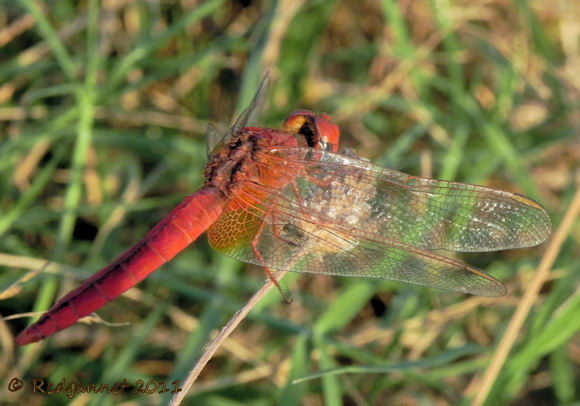 I feel confident in calling this one as a Broad Scarlet (Scarlet Darter), Crocothemis erythraea. Male above and female below. 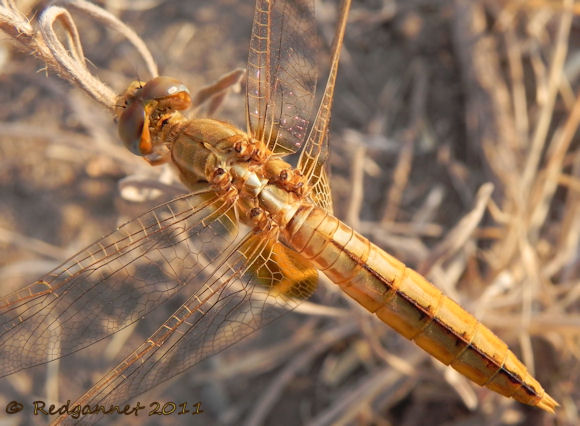 I crossed back over the waste ground in the middle of the track and noted a Thick-knee scuttling along a small ditch. It was bent over to avoid detection. I looked in my field guide to check that I was looking at a Eurasian Stone-curlew as I first suspected that it was, but I found that there was a choice. 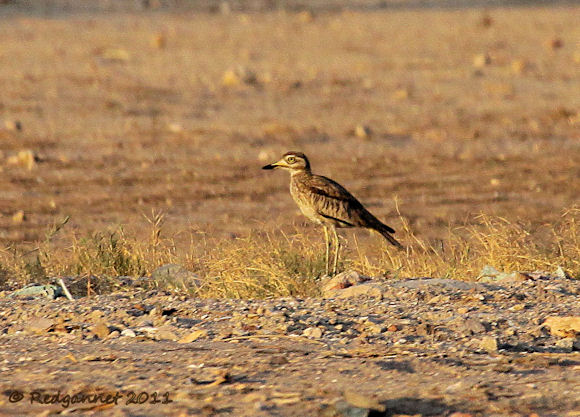 The Senegal Thick-knee lacks the white stripe on the wing, bordered in black, that characterises the Eurasian Stone-curlew. My camera was out of battery so I was unable to get a photo that evening. There were 4 birds that allowed me fairly close to get a good look in case the white stripe had folded up into the wing in the way of a duck's wing panel. As luck would have it, our pick-up the next morning was delayed and I was able to get back to the race course at 06.00, recharged. The birds were much less approachable in the morning, and flushed as I approached within 50 metres. This picture is a distant one, but the lack of white in the wing was notable when it flew.

In the early morning, the hedge that runs in front of the grandstand was alive with dragonflies. Compared to the dusty ones out on the far side of the course, these were spic and span. 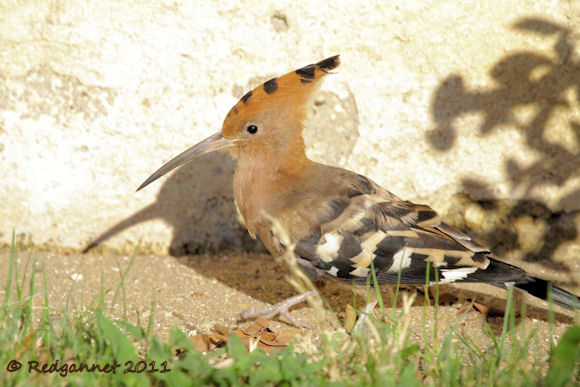 Despite being so commonplace in the region, no trip would be complete without a Hoopoe. 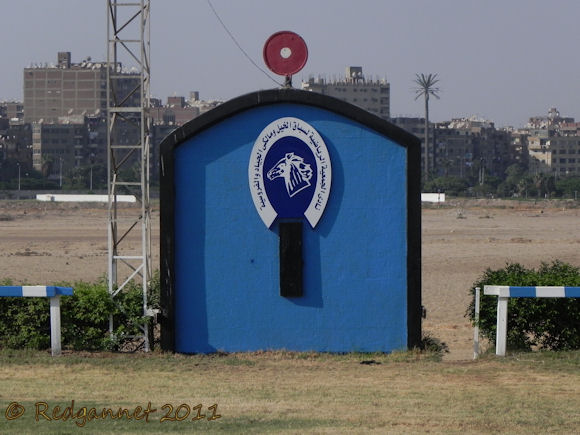