A delay out of London left us two hours late arriving into Cape Town, but having already survived a plane crash today (a catering truck collided with the plane and made a dent in the door) what else could go wrong? Just before getting to Paarl Bird Sanctuary, I had to pull over to watch 50 or so White Pelicans circling to gain height. The southern winter is in full swing and they would have had to wait until late morning for any warm air currents. On the highest peaks in the mountains surrounding Paarl there was a light dusting of snow. In the valley the sun was warm and pleasant.

I arrived at the water treatment plant by 11.30 and began to see birds immediately. Cape Wagtail was very common today and was seen along the water edges all around the sanctuary. 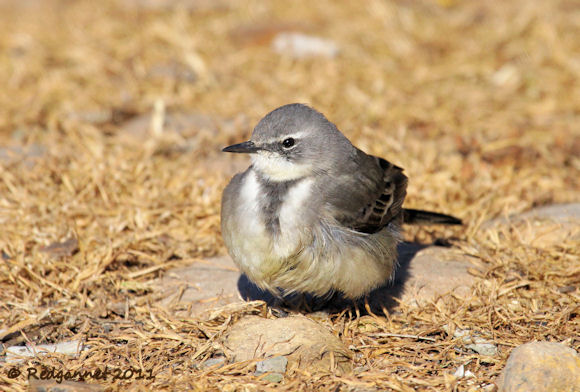 The first pond had a small colony of Grey-headed and Hartlaub's Gulls who were mating and preparing nests in anticipation of the approaching spring. There were Red-knobbed Coots and Purple Gallinules in the weed choked water and Levaillant's Cisticolas in the reeds at the far end. 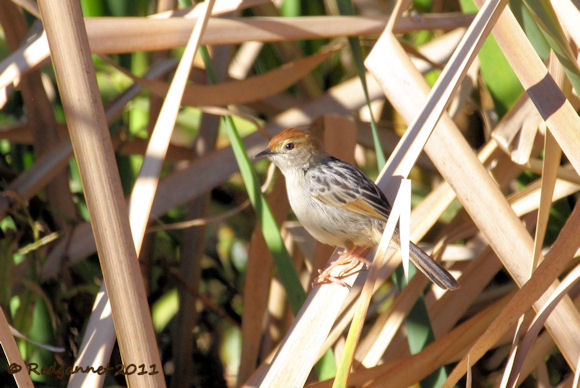 A new security fence is in the process of being erected, but it will only protect the area close to the plant. The more remote ponds are still reliant on patrols by security guards who were not seen today. 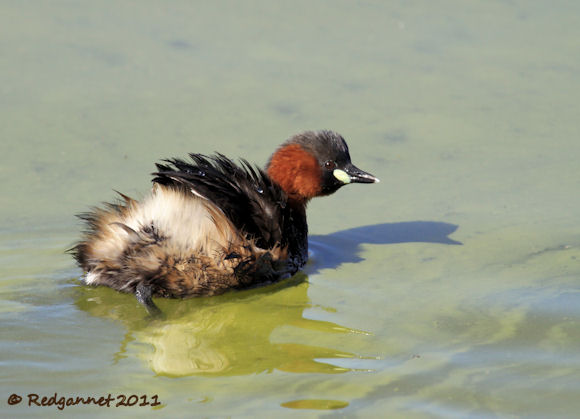 I had expected the outer ponds to be full of ducks, but was disappointed to see that only Dabchicks and Red-knobbed Coots were common on the bigger waters. 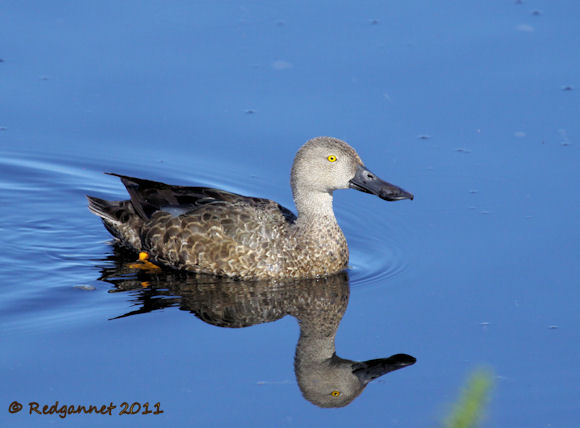 There were a few Cape Shoveler and Red-billed Teal on the first pond, but as a rule, numbers of wildfowl was very low. A Cape Teal gave a close glide-by allowing the camera to catch its bright red eye. 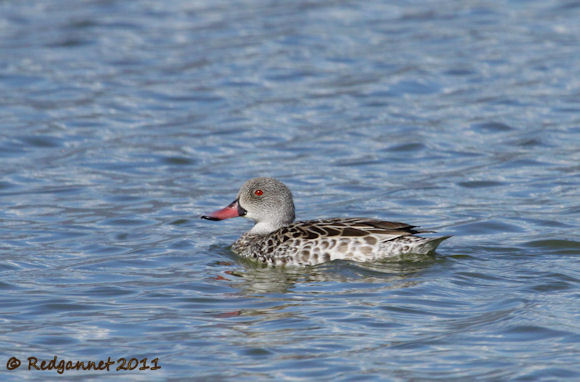 At the furthest reach of the circular road is the causeway between the two big bodies of water, Pond C and D. In Pond C, a small island held a good selection of birds. Malachite Kingfisher, watched for fish fry from the reeds while a Greater Flamingo roosted on the gravel bar. A Purple Gallinule splashed in the water as a Black Crake crept along the edge of the reeds behind it. A Common Sandpiper fed by the rock bordered shore. 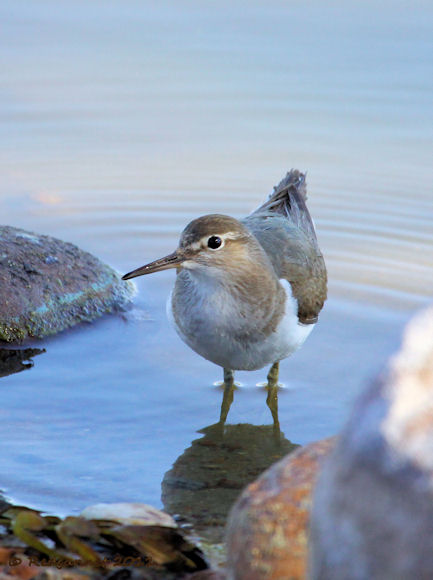 The road is good for most of the way around the complex with just one spot that caused me any concern in my tiny cheap car. Even that was easily negotiated, but some of the mud near the hides was a little soft so watch where you park. 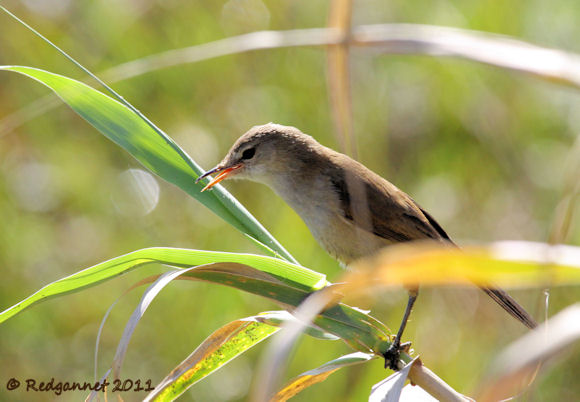 More Levaillant’s Cisticolas were seen from the hide along with Southern Masked Weaver and Lesser Swamp Warbler. The open water was still quiet, but the Dabchicks and Coot were still obvious. 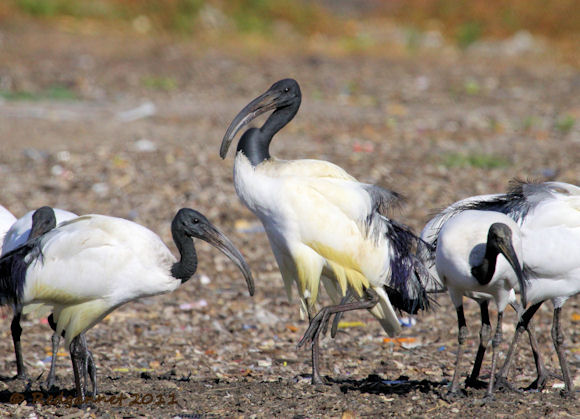 I took a last look around the top ponds before venturing home. A flock of African Sacred Ibis were feeding here, but one seemed to be displaying. It inflated a sac at the base of its neck and grunted. A few moments later a second bird made as if to challenge it and locked bills in a battle for grunting rights. 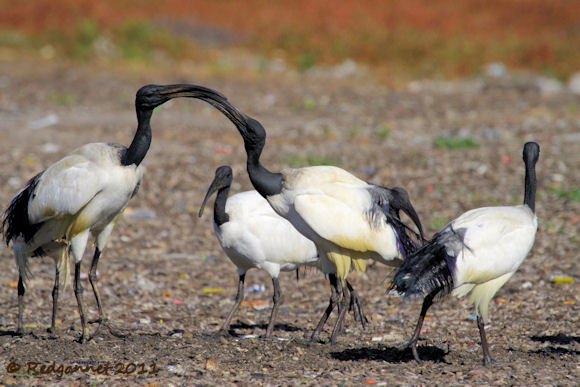 A previous post from this site speculated that a township close by could cause a security issue and that birders had been robbed. The new fence will contribute towards a secure top half of the sanctuary, but security patrols beyond the fence are only put on at weekends and when the fence is complete may be thought of as superfluous.

I have not experienced any people from the township coming into the reserve and actually exchanged waves with some of the kids across the railway line. Most of the birding will be done from a car which gives a sense of security, but visitors should still be vigilant. 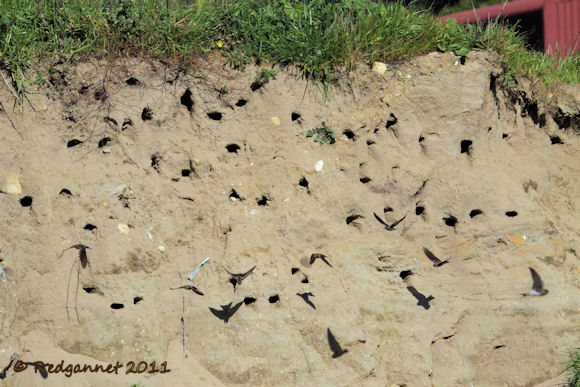 A map and directions to Paarl Bird Sanctuary can be seen on the previous post. 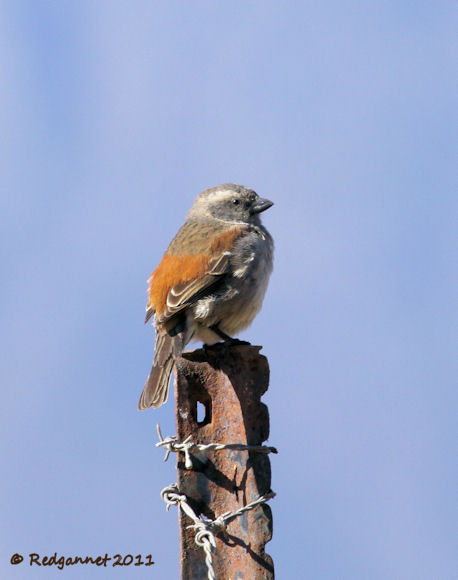