A few days at home with my family has left the blog unattended, but I am still here. At Junction 4 on the M20 in Kent, UK, is a complex of lakes with a couple of streams, scrub and some rough grassland. Known variously as Snodland, Larkfield or Leybourne Lakes, there is 24hr access to the public areas, though some parts have been gated and reserved for private fishing clubs. 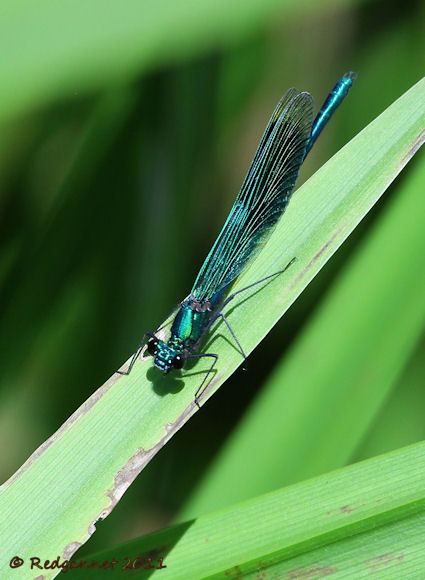 The stream is home to odonata which includes Banded Demoiselle and Common Bluetail. During a couple of visits during the second half of July, Brown Hawkers, Aeshna Grandis were seen cruising up and down the choked stream near the water sports centre by the big left bend on Lunsford Lane (Google Earth ref; 51 18’ 55”N 00 26’ 06”E ) 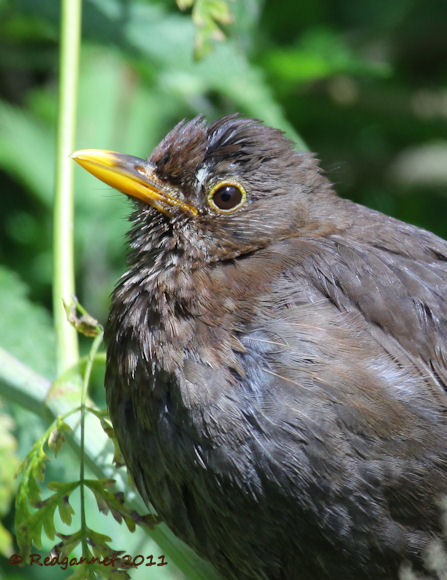 Indian balsam, an invasive, but beautiful waterside plant, was in full bloom and attracting bees and other insects to its orchid-like flowers. A female Blackbird looked a little ruffled, but sat well for her portrait. Another birder, Tim, happened along and we walked together for a while. Reed Warblers were seen on the small lake and some young Robins were seen being attended by their parents. Further along the stream, Common Whitethroat, were seen and a Reed Warbler was heard singing.

Further north, a small parking area at the end of the lane coming off the Snodland by-pass gives access to the lake complex by the water treatment plant (Google Earth ref: 51 19’09”N 00 26’ 42”E). The path here is banked on either side with flowering thistles and stinging nettles. Green Finches and Goldfinches were seen briefly here. Wrens were still singing as the season progresses. A Green Woodpecker was calling from nearby, but we couldn’t see it. Many of the Blue Tits and Great Tits were still in their subtle, yellow-faced, juvenile outfits. We thought that we heard a Little Grebe calling, but it had turned into a young Coot by the time we found it. 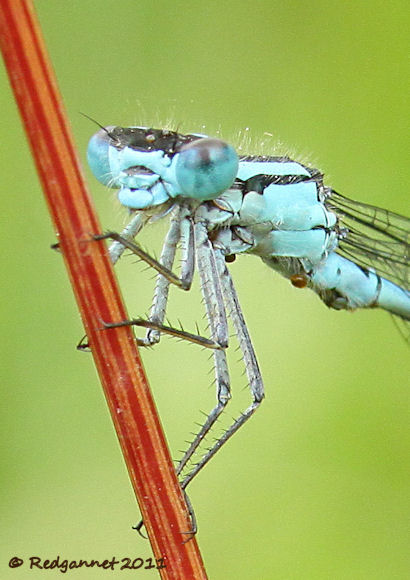 A Common Blue Damselfly sat very patiently for me as I experimented with the Live View facility on my Canon. It takes up a lot of battery power and doesn’t do very well with moving subjects, but I liked the manual focus magnification feature. 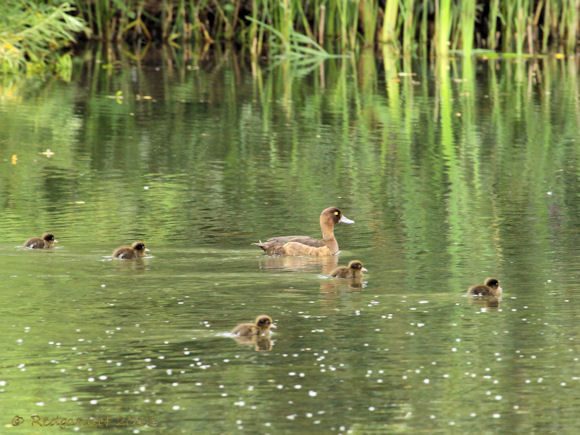 A female Tufted Duck was tending her brood on a small lake. The 6 ducklings, scudded about her reminding me of little, dark Scalextric cars.

To find other posts about this site follow the links below;
http://redgannet.blogspot.com/2010/05/to-celebrate-return-of-dragonflies-to.html

The nearby Mote Park can be explored through this post;
http://redgannet.blogspot.com/2011/05/keira-knightly-in-mote-park.html

Visit the dedicted UK page for other posts about the Isles.
Posted by Redgannet at 22:37