This post has been transferred in from the now dormant http://www.redgannetdragonflies.blogspot.com/ for ease of linking. It was previously published there on 31st August 2009

On a trip to Miami this week, I was tempted by a new camera and succumbed. I had been looking for a little while at the Nikon Coolpix P90, hoping that it would save me a lot of carrying and lens changing. 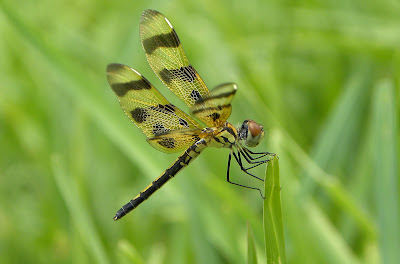 It has a 24x optical zoom. By some jiggery pokery, the tech specs claim this equates to 26-624mm on a 35mm format SLR camera. My DSLR has a sensor which is smaller than 35mm and thereby produces a cropping effect. This is how my 400mm appears to be 640mm.
Most of my photos are taken at the high end of my 100-400mm Canon. If I need a landscape picture though, I have to change to an 18-55mm. The macro lens is a 50mm Sigma. It is a lot to carry around and a common problem is dust which enters the camera during lens changing. So, a camera with a high top-end zoom, a wide angle capability and a macro function too, might just be the solution. It even has a video capability.
Could it perform well enough to replace the SLR and all it’s lenses? To save you skipping to the bottom of the page in anticipation to find out if in fact it is the answer to all my problems, I am sad to say, it is not.
There is no arguing with the macro function. The result from a quick practice was stupendous. The photo below has been reduced in quality for the blog, but believe me, it is breathtaking on my 17”monitor in the study. 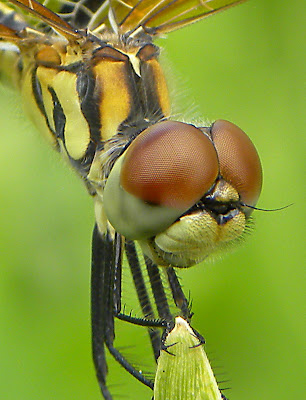 I bought the camera from a shop beside a small river near Dadeland Mall. In a stretch of less than 50m of riverbank, I saw 9 different types of dragonflies. Most of them have yet to be identified, but there is enough detail here to confirm that it is a Halloween Pennant.
One issue with the macro function is that the optical zoom is restricted so it is not much bigger than the 50mm Sigma. The "live view" function though allows the picture to be composed at arms length which is a big advantage over my current SLR without "live view". The screen folds out to give good sight even at odd angles. The screen is nice and bright too which allows one to view pictures even in the bright Florida sun.
The wide angle and mid range zoom are fine. I have no problems there.
The top-end zoom works well when the subject is clearly differentiated from the background. Otherwise the auto focus struggles. A dragonfly perched on a stalk with water vegetation behind it took a couple of attempts to get into a decent focus. In this circumstance, I was quite close to the subject. There is a manual focus facility which is operated with the multi function control. It works OK in controlled conditions, but would be a little slow in the event that the subject was moving. 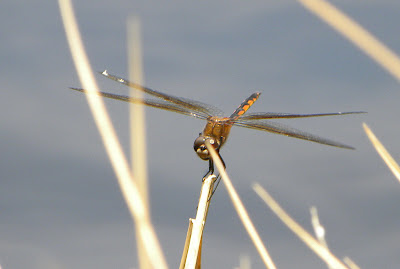 To my mind, I think it is an oversight not to provide a remote release facility. With 624mm of throbbing focal length, I would have to use a tripod and with a tripod, I like to use a remote release. It is true that no other compact digital cameras provide the feature either, but why not? Digiscopers have had to develop grips and frames and pushers and pressers in order to achieve what is really a very simple function if built in at the design stage.
I was unaware of a time lag between pressing the button and the shutter releasing. This used to be a dreadful problem, but the Nikon Coolpix P90 appears to have bettered it.
There is sill an issue with the power saving mode. (The battery supplied with the camera is a l-ion and much better than AAAs. Thank you very much to Wendy from Best Buy, Dadeland, for charging the battery for me. It took more than 200 pictures today without showing a power alert.) An SLR will reboot instantaneously when required to take a picture. The P90 took a few moments, but it was reasonably quick compared with other compacts.
I haven’t tried the video facility yet. Maybe I will open an account at Utube when I do.
On the whole, I like it and I think it is good value for money. Will it replace my SLR and lenses? No I don’t think so, unless I become too old and tired to carry that much stuff about. It lacks the immediacy of the SLR and the “hands on” feel of the slide zoom and manual focus ring. Will some of my lenses be consigned to the shelf or the lots at E-bay? Probably not. It will probably just end up as even more weight carried in my rucksack.
Posted by Redgannet at 23:47