You may recall in the most recent post, that I promised you some pictures of Snow Buntings. This meant another trip to Reculver and another windswept day, this time a cruel, biting northerly. 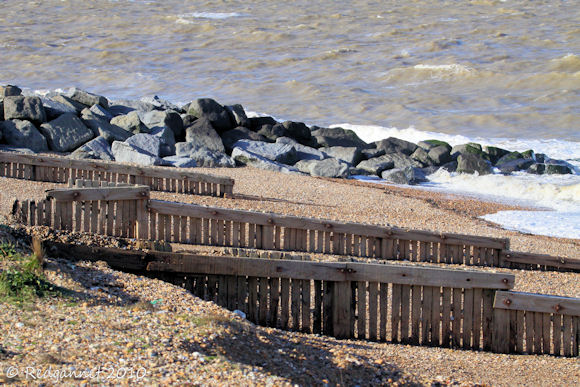 A few guys had been sea-watching from the shelter of the towers, but I arrived as they were packing up after a disappointing session. The last couple of days of bad weather might have pushed a few offshore birds into view, but only the most experienced eyes were able to pick out the Leach's Petrel. 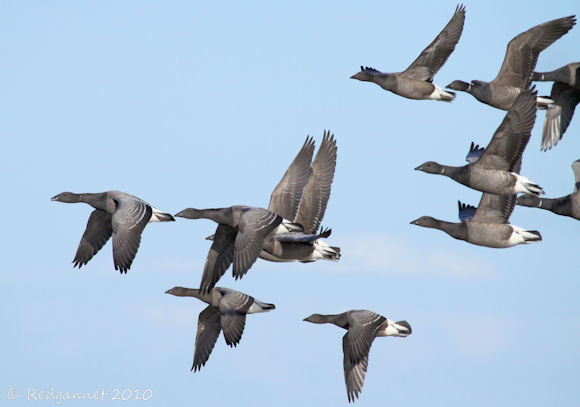 The Brent Geese (B b bernicla) gave a good flypast and I was able to get a few photos using my Canon 100-400mm which has been fixed and is back in service. 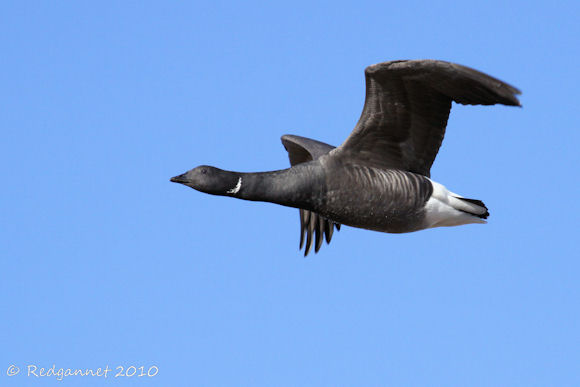 With my prime target the buntings, I started from the towers end and headed east towards Minnis Bay. I was most hopeful of seeing the buntings on the shingle tiers against the sea wall opposite the oyster farm. Sure enough reports from birders coming in the opposite direction mentioned buntings, but they were 'flighty'. 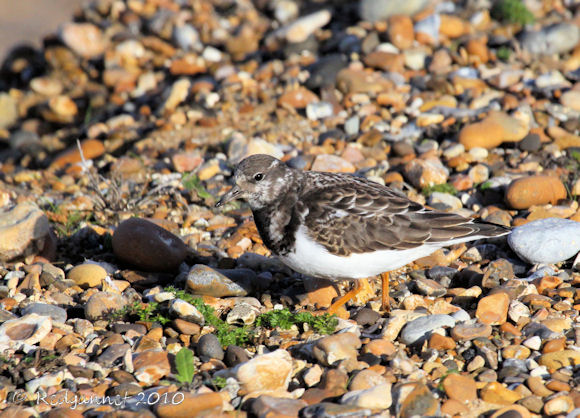 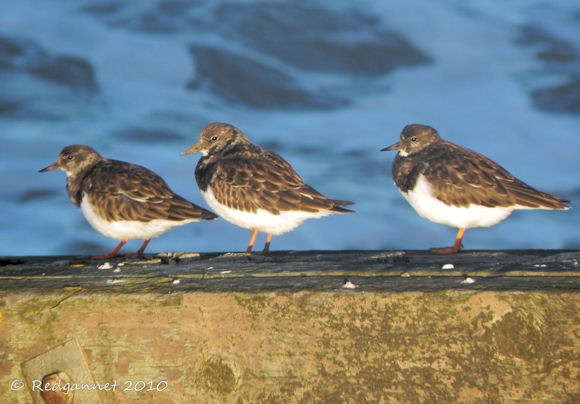 Shortly after, I saw the buntings for the first time; a flock of around 12 - 15, heading back the way I had come. They landed close to the wall about 200meters west of me. I approached slowly, not wanting to flush them, but a couple with dogs coming the other way saved me the walk and sent them back past me again 200meters east. This time I managed to get close enough to take a shot, but a flourescent cyclist put them up again and they disappeared out of sight towards Minnis Bay. 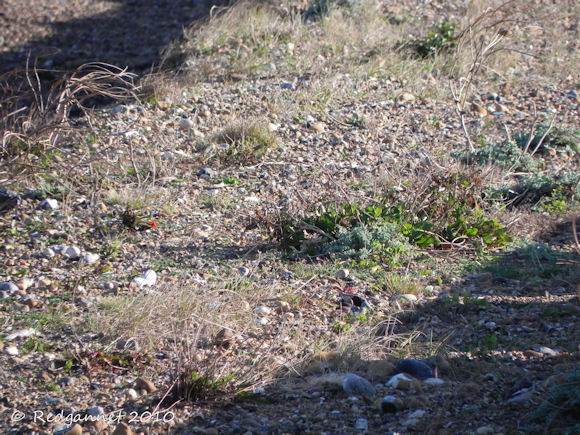 I couldn't see the birds on the screen of the Nikon  P100. The viewfinder is eletronic too and I had to take a wild shot in the general vicinity and hope that a bird appeared in one of them. I used the Nikon instead of the Canon because......., don't ask. Just don't ask! There was swearing!
Of 4 pictures, I managed to capture 1 1/2 buntings. 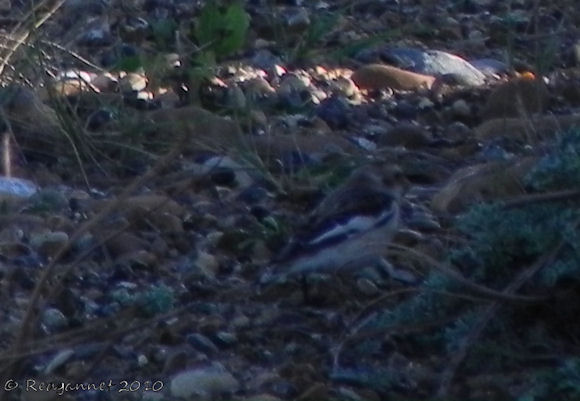 Here is the whole one, cropped from the photo above, but I do not consider the promise fulfilled by this and I shall endeavour to do better.
I had five sightings altogether, inevitably, they were flying in the direction that I had just come from.
Still, my choices were to go birding on a bright and breezy day, or to stay in and revise for my yearly exams. So frustrating, unproductive and cold the day may have been, but I was outside and had managed to add a few more species to my Reculver list.
The accepted list numbers 200+, so I still have a long way to go.
Bird species; 30
Great Cormorant 30, Little Egret 2, Brent Goose 300, Mallard 25,Common Eider 14, Common Buzard 1, Common Kestrel 2, Eurasian Oystercatcher 1, European Golden Plover 120, Grey Plover 6, Common Redshank 22, Ruddy Turnstone 14, Sanderling 3, Common Gull 13, Herring Gull 30, Black-headed Gull 50,Stock Dove 50, Wood Pigeon 40, Meadow Pipit 5, Pied Wagtail 2, Common Blackbird 1, Common Stonechat 3, Great Tit 1, Eurasian Magpie 6, Carrion Crow 30, Hooded Crow 1, Common Starling 400, Chaffinch 25, European Goldfinch 6, Snow Bunting 15.
Posted by Redgannet at 23:57