Continuing my day in San Francisco that began on the previous post, I turned off the 101 taking Shoreline at Mountain View. This is a renowned area for finding Burrowing Owls and I couldn’t resist a quick look while I was close by. I might have been more successful earlier in the day, but the tide was at 06.00 and I wanted to look for rails from the boardwalk at the end of Embarcadero Rd. This picture is from a previous trip. 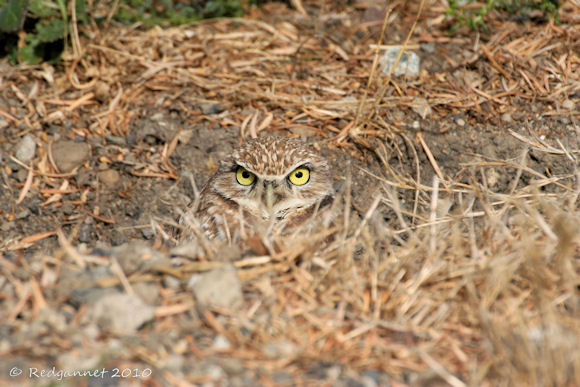 Shoreline Trail that leads from the car park took me past a tidal marsh where Song Sparrows teased me by skulking through the cover. By a platform overlooking the marsh, a small flock contained White-crowned Sparrows. I pished them to see if they would sit up for a photo, but attracted a Lincoln’s Sparrow instead. 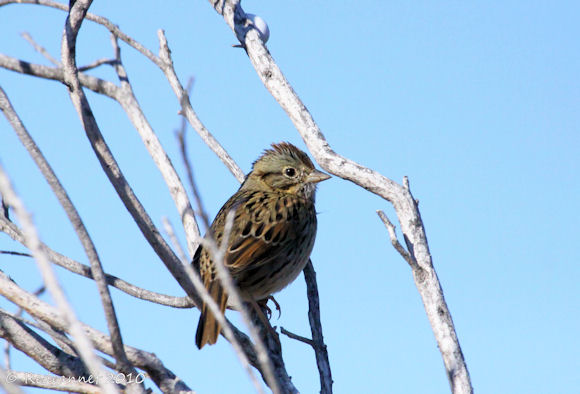 The path is at the top of a bank and a good view can be had down onto the water. Hundreds of Ruddy Ducks were dozing with a few Western/Clark’s Grebes feeding between them. I think Clark’s on balance as they seemed quite pale, but they were back-lit and too distant to see the bill or eye well enough. On the downslope of the bank a large flock of Bushtits were picking insects from some tall weeds. 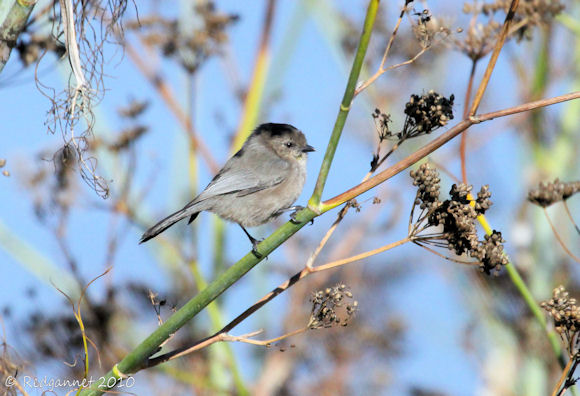 The White-crowned Sparrows were more amenable on the return journey with the immature ones being the boldest. 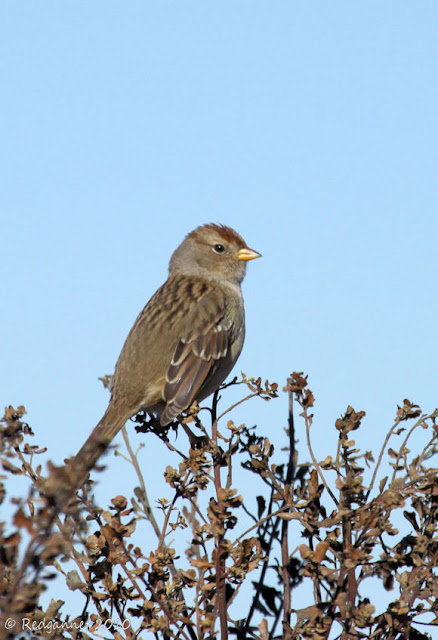 A last scan of the Burrowing Owls favoured area revealed a few California Ground Squirrels which can look tantalizingly owl-like from a distance when they stand up outside their burrows. 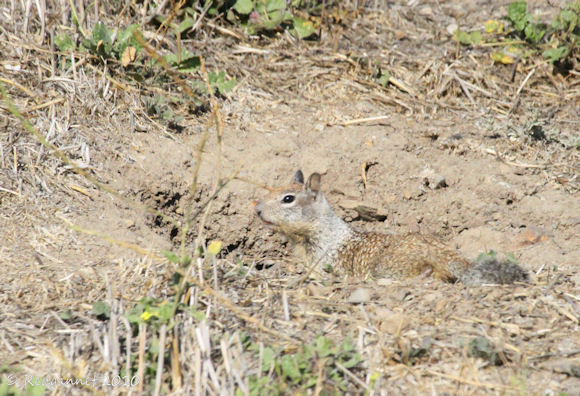 For other visits to Shoreline and the Palo Alto area try;

Otherwise consult the America and Canada page for posts from California and USA.

Purisma Creek Redwoods Open Space Preserve is on Route 35, Skyline Boulevard. I had to take Highway 92 across the ridge to get to Half Moon Bay for the afternoon and popped into the preserve very quickly to record the following.