Half Moon Bay is to be found on the ocean side of the San Francisco peninsula, 25 miles south of the Golden Gate Bridge on Highway 1. I had come at it from Palo Alto by the lower bay and had taken the 92 up and over the ridge. 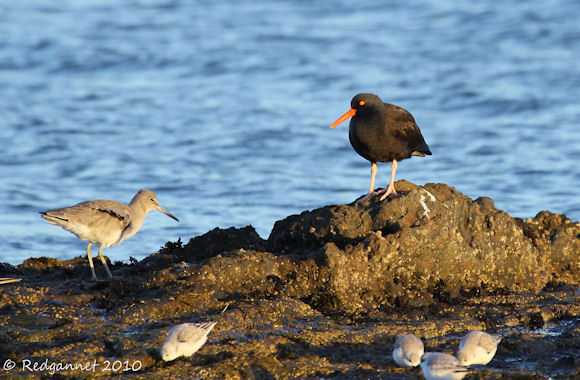 The outer harbour is protected by a breakwater roughly made from large boulders. Though it is possible to get out onto, it is a scramble rather than a stroll.
Across the bay, a radar station sits at the top of a headland known as Pillar Point which juts out into the ocean. I left the car outside an RV park by the start of the breakwater . There were Brewer’s Blackbirds and Common Starlings in the conifers at the entrance. Gulls, mostly Western Gulls were being very attentive to the fishermen that had clambered out onto the rocky wall. 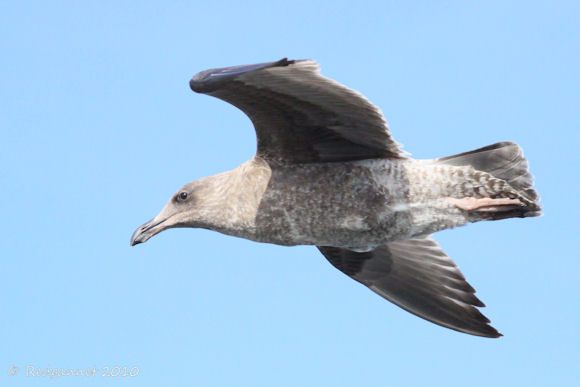 On the inshore waters outside the harbour were 6 Surf Scoters. My main hope for this visit was to find some lifer scoters. White-winged and Black Scoters would both be writ with the red crayon if I could find them, but all the Melanitta that I saw, stubbornly displayed the yellow and white markings of perspicillata. Inside the harbour, a flock of black ducks were too distant to allow me to discern any head markings, so I made my way out along the rocks to try and get a better look.
The makers of the breakwater had attempted to make it navigable. The top was made of rocks laid with their flattest sides uppermost, but it is no promenade and trying to turn while keeping a flying gull in frame was a precipitous job. The drifting ducks kept ahead of my progress and maintained a distance that denied me knowing them better.
The sun was losing height and warmth now as the afternoon passed to early evening. I hoped that I would get a better look from the headland on the other side of the bay. Beyond the harbour village, there is a car park by a salt marsh at the approach to the radar station. A path leads along the bottom of the earth cliffs to a small beach where locals were gathering to watch the sunset over the exposed reefs. 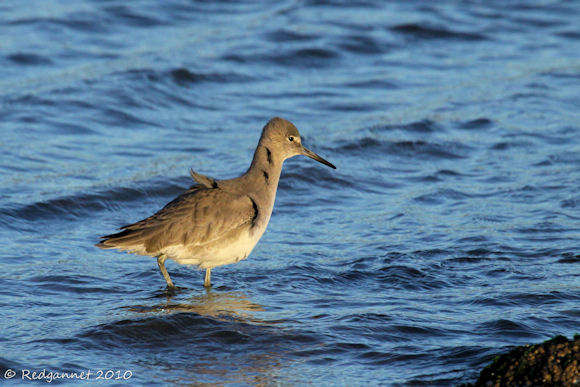 There were California Towhees and a Common Raven by the car park and a flock of 50 or so Bufflehead close in. A thin beach just inside the breakwater was the most productive spot of the afternoon. A Willet fed in the wavelets of the protected harbour, a Grey Plover stayed up-beach from the water and a Black Oystercatcher watched from a nearby rock. All the time tiny Sanderlings rushed back and forth as the ripples came and went. 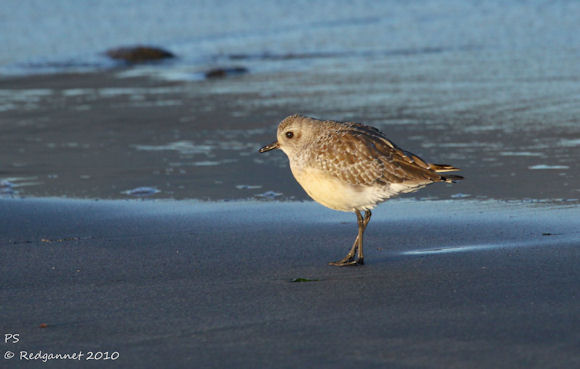 The birds here were very confiding and people were walking within 5 meters of the Sanderlings. I chose a rock and sat down to enjoy them as they bowed to their reflections in the wet sand. From my seat, I was hoping that they would approach even closer as the waves pushed them up the beach. 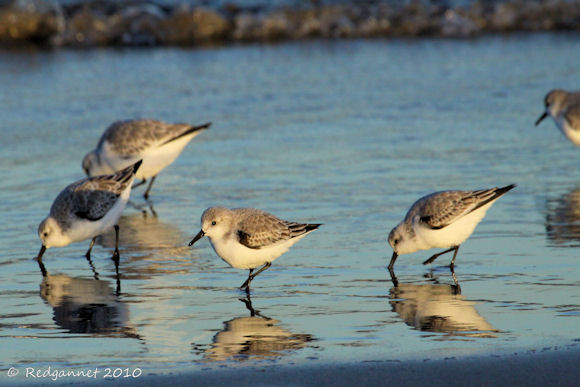 Having consulted tide tables, I was expecting the water to be approaching its highest point soon, but instead, it was receding.
I had noted the times for Palo Alto which was only a few miles (20) across the ridge as the crow flies, but a much greater distance (60) along the tidal flow. Half Moon Bay has its tides as much as 2.5 hours in advance while the water surge finds its way along the coastal and inner bay route to Palo Alto.
Actually, the receding water gave me just a few extra seconds to enjoy the Sanderling show. The sun was dropping behind the rocks and an incoming tide would have pushed them into the encroaching shadow. The last rays were almost horizontal before the performance finished. 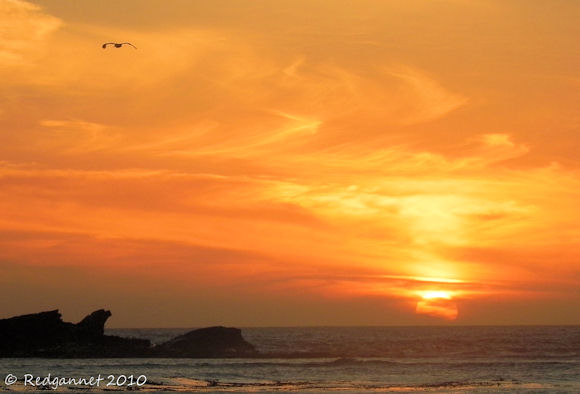 The sun set and the Sanderlings flew off to roost leaving me richly rewarded for my efforts. No lifers for my list today, but a delightful encounter in the last moments of light had made me wonder if I shouldn’t be making lists of moving experiences rather than just bird species seen. Is a sea-duck tick more rewarding than the Sanderlings’ charming dance in a Pacific sunset? Listen to me getting all waxy.
Watch for an enthused post about my little angel dancers coming soon. 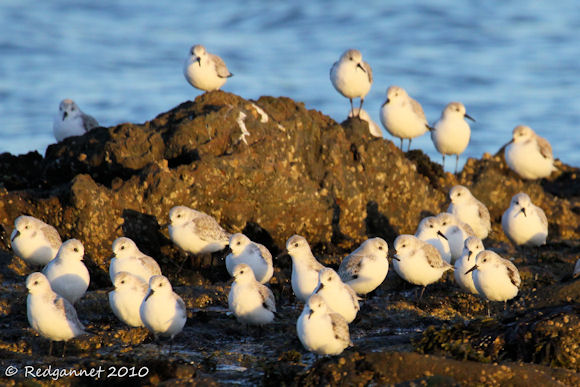