In days gone by, planetary conjunctions were often thought of as propitious signs from the heavens. The rarity of alignment made them special events which lent them promise and potential.

Thus, it boded well when Her Majesty’s Court Service, the National Health Service, the Department for Education, and my employer all conspired to give me the morning off.
That this event should happen at the same time as a three star rarity visiting the neighbourhood, could only be a good omen. Mars is currently doing something retro with Capricorn and something else is passing through Aries like a dose of salts, so all the signs were good.
As usual, time is of the essence. I drop my son to school at 08.30. Dungeness is an hour away and I must return to fulfil my civic duty at 12.00. Realistically, I have about an hour for a big twitch. 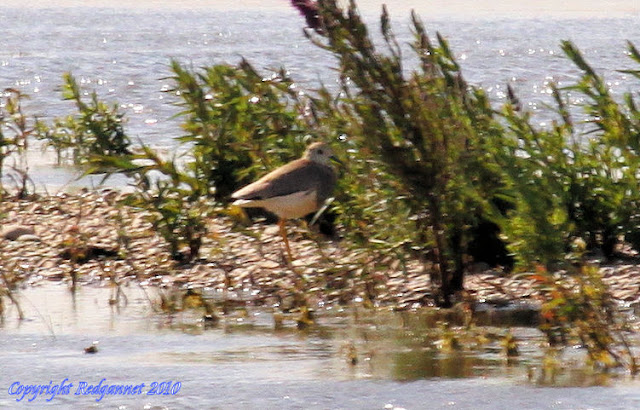 A White-tailed Plover, (Vanellus leuceura) has been seen in the area, at the RSPB Dungeness Reserve on the ARC pit. It is more commonly to be found as a resident in Iran and Iraq, while others migrate between Russia in the summer and South Asia, Middle East or North Africa for the winter. The first time that it was recorded in Britain was in July 1975.
It has come via Seaforth, Liverpool (end of May), Rainham Marshes, Essex ( 7th of July) and Slimbridge,Gloucester (9th and 10th of July) on a z-shaped track, but I cannot find evidence of it’s whereabouts during June, though there is some suggestion of Solway. 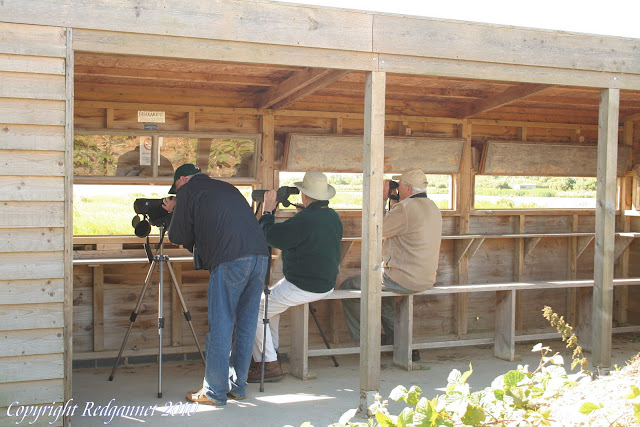 From 11th of July it has been in Kent.
I arrived at 09.30 as I had hoped and stopped in the car park opposite the entrance to the RSPB site at Dungeness. The track is marked from here towards a screen at the North end of the ARC pit. 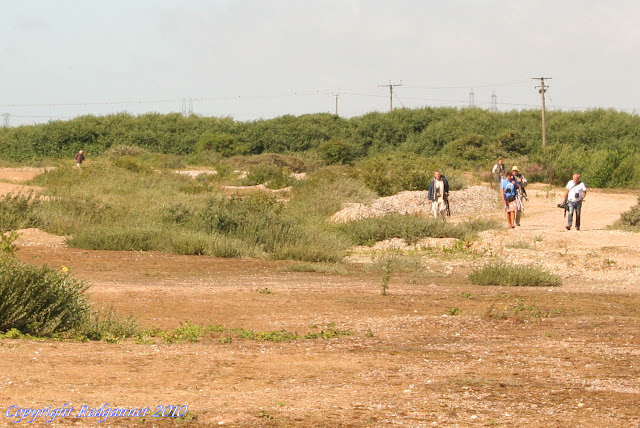 Using all my instinct, cunning and fieldcraft, I followed a steady stream of birders along the path to a group crouched behind a bank. They were not sheltering from the stiff breeze that was crossing the pit, but had found the plover and were taking care not to spook it by standing too high above the horizon. 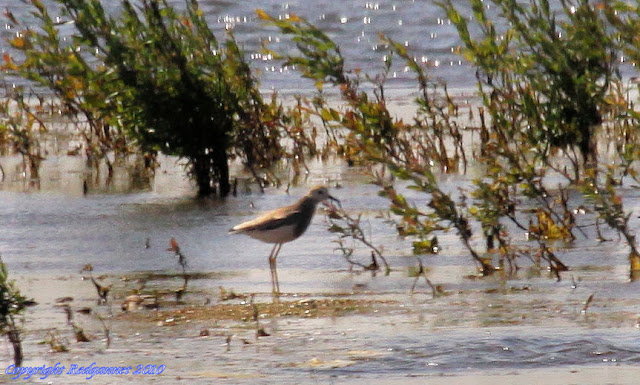 I might have spent some time scanning before I found it amongst the vegetation, so I was pleased to have it pointed out to me. 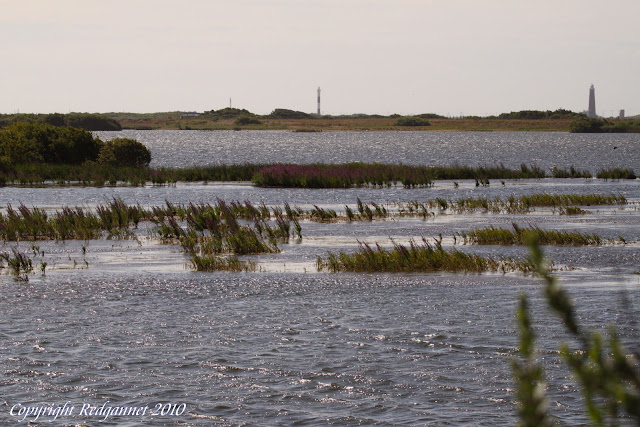 In the photo above, it is immediately beneath the lighthouse, just over halfway up the picture. It was showing well if you were looking from the correct angle, though it was a little distant with the light behind it. I have purposefully taken indistinct photographs to impress upon readers the rarity value of this bird. Perhaps it is time to try digiscoping, This would have been the perfect oppotunity to give it a try.
For decent pictures, seek out the ones from Seaforth where it seems to have been much closer to the photographers. Perhaps the photographers are more competent. Who knows? The most recent pictures from Dungeness are looking very nice. There is a gallery at http://www.birdguides.com/ 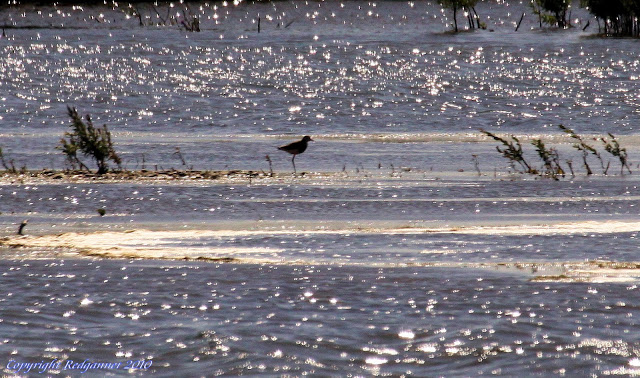 As ever, time was pressing. I was serving on a jury considering a case of dangerous driving this afternoon, so I did not want to stop too long and have to race back to court. Reluctantly, I left the plover in the hope of a quick glimpse of the Great Egret and Purple Heron that are close by, but my conscience kept whispering to me to get back to my civic responsibility and I had to leave them un-ticked for my British list and get back to court.
Posted by Redgannet at 13:10