This week’s trip to Accra, Ghana, was proving to be very productive. 22 life ticks had been seen on the full day off and I was still close to the forest as the second morning began, but flashes of lightning and rolls of thunder, made my heart sink. Should we venture up onto a canopy walkway during a thunderstorm I wondered, but Yow and Kalu, my driver and guide for the trip, were up and ready, so after a very early breakfast, we set out for Kakum National Park and the Canopy Walkway there. 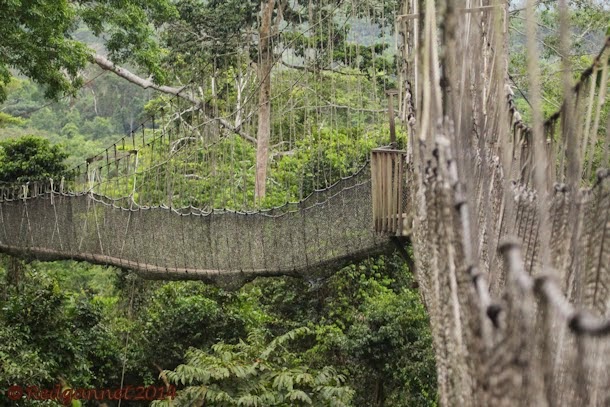 Again, I must give credit to Kalu who was able to identify the calls and find the birds for me. Without him I would have been frustrated by small, distant birds with little to distinguish them from the other small distant birds. Just beyond the entrance we encountered a Sabine’s Puffback, our first red-crayon bird of the day.
Out on the walkway, the lifers came thick and fast with Fraser’s Sunbird, Icterine Greenbul and Speckled Tinkerbird were seen from the first platform. The walkway runs in a circle with 6 solid platforms constructed around sturdy trunks, connected by swaying, netted rope bridges. It looked a bit rickety, but it held our weight well enough. 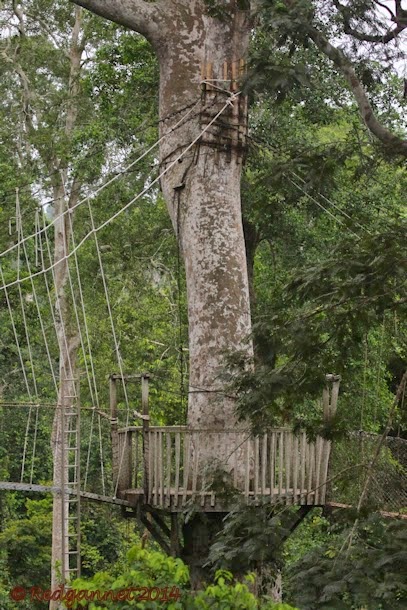 We were lucky to have been allowed early access, so the walkway was quiet, but as the morning progressed, it became rather busier. Apparently Mondays through Thursdays are the better days to visit as Friday, Saturday and Sunday can be very busy. 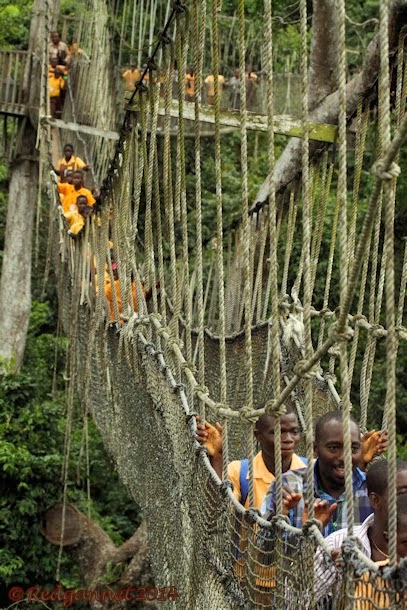 From the third platform (assuming that you are travelling in a clockwise direction) Black-capped Apalis, Violet-backed Hyliota and Yellow-browed Camaroptera were added.
We spent more time at Platform 5 which is said to be good for hawks as the day warms up and hornbills as dusk closes in. From here we added Lemon-bellied Crombec, Brown-throated Sunbird, Grey-headed and Chestnut-breasted Negritas. 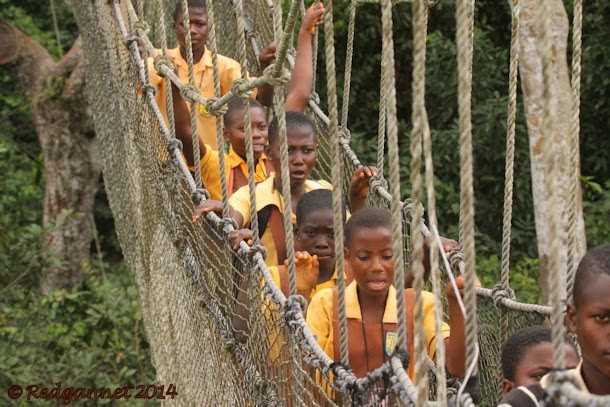 Kalu does not like heights and he became very quiet for a while as a party of school kids passed through, but as soon as the platform stopped shaking and their shrieks died away, he was back pointing out Tit-Hylia, Crested Malimbe and Brown-throated Sunbird. 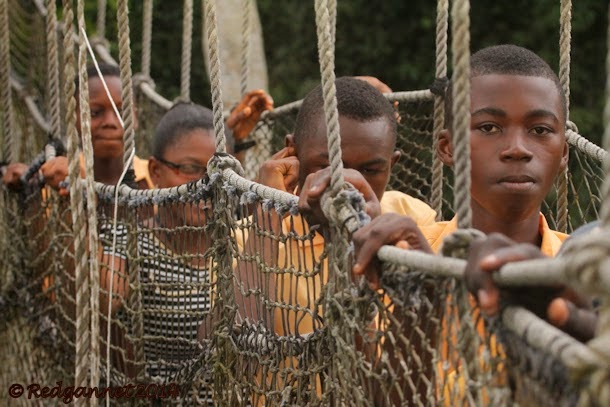 We decided to move on as the walkway became busier, but Kalu pulled another couple of sweet birdies for me to end our visit on a high. I was quite proud to recognise the call of the Green Hylia and Kalu called them out of the thick bush with a quick playback. We had seen them on the previous day, but my sighting had been so poor that I elected not to count them, so I was pleased to have them on the list for today. Then as we were just about to leave, Kalu suggested that if we took a little look around the reception area, we might find the stunningly gorgeous, Black Bee-eater which rounded out a morning of 21 red-crayon birds. 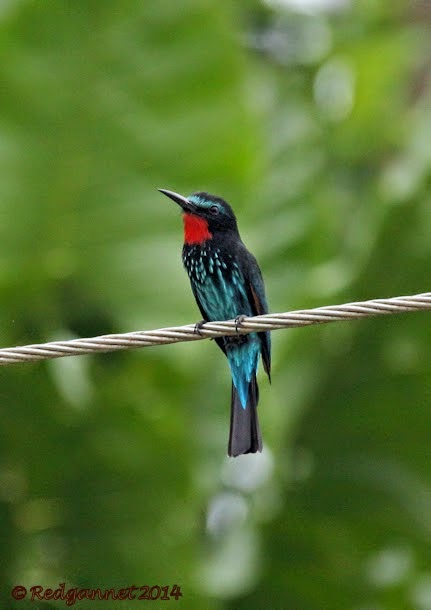 Bird list for Kakum National Park and the Canopy Walkway; 44 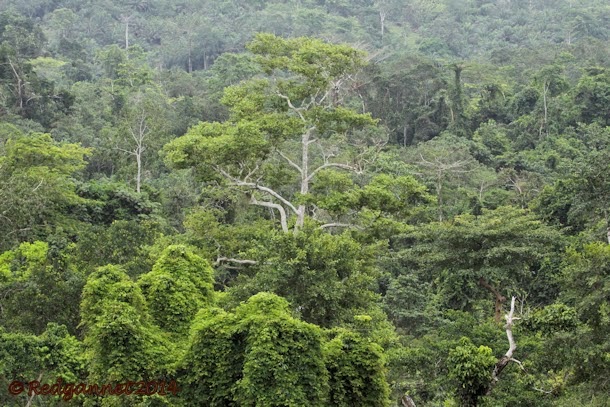 Malaria exists throughout Ghana and you are advised to take precautions. Parmaceutical precautions are not 100% effective, so the best advice is to avoid getting bitten. Use Deet and cover up. Climbing through the canopy as the sun comes up is another good way to freak out your malarial advisor.