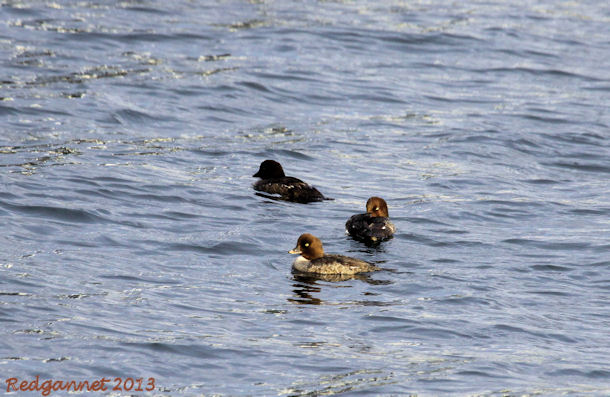 A small flock of Common Goldeneye was close to the piers.  Are 3 enough to be a flock? The Sun came and went behind the clouds out to the west and a quick shower brought a late evening rainbow over the ferris wheel. 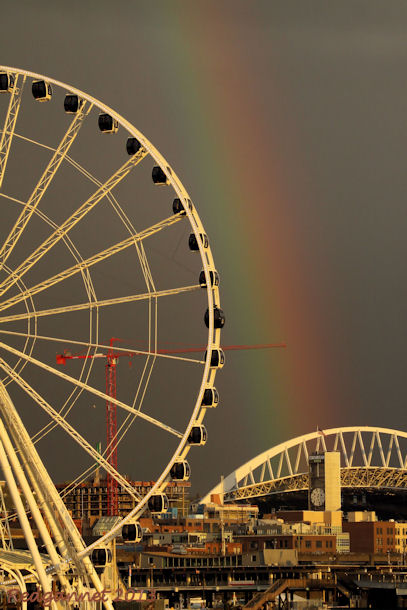 A couple of Pigeon Guillemots were seen a little way out, but they were slowly making their way towards the pier and ended up up passing beneath it allowing very close looks. 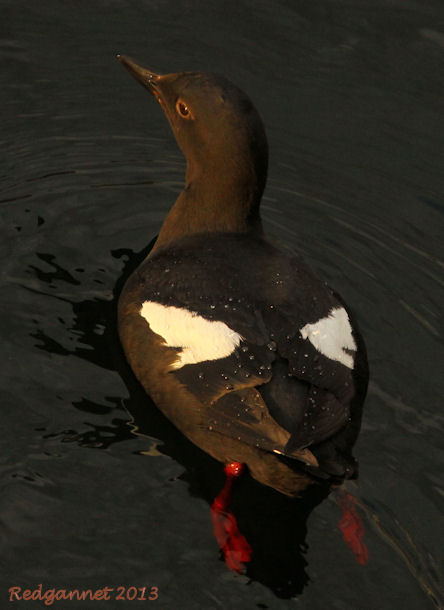 There were Steller’s Sealions about 150 meters out and a Harbour Seal close in. A formation of Double-crested Cormorants flew over. 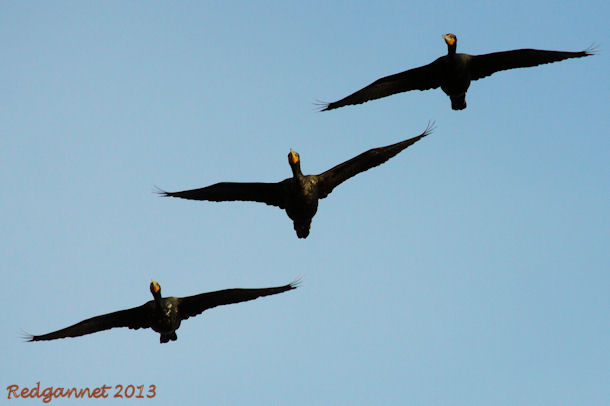 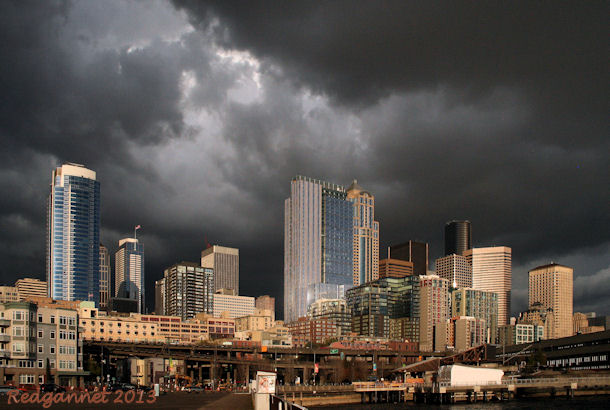 Visit the dedicated USA and Canada Page for more posts from Seattle including Discovery Park and Montlake Fill
Posted by Redgannet at 13:00