Marloth Park is a private residential nature reserve immediately south of the Kruger National Park in South Africa. It is bordered to the north by the Crocodile River which in turn acts as the southern edge of the National Park. Some residences are rented out to visitors who delight in seeing Zebras and Warthogs roaming freely through the acacia scrub that surrounds the properties. 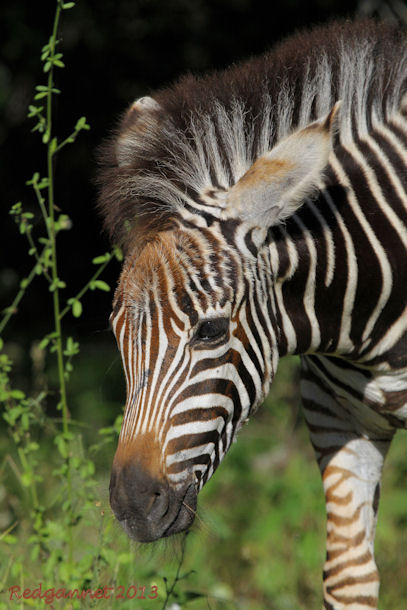 We took a rental for 4 days during the first week of April and found that the Honorary Rangers conduct bird walks on a Saturday morning at the Municipality Offices which can be found at Google Earth ref; 25°22'4.32"S 31°45'28.97"E. 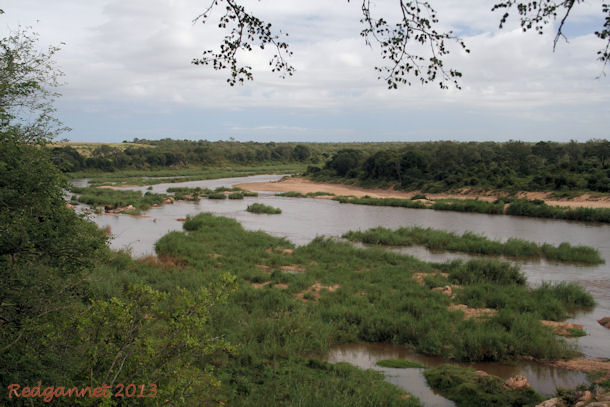 A flyer at the bush centre advised all comers to meet at the car park inside the Henk van Rooyen Park, behind the Municipality Offices where I found that, despite the saturation coverage of the advertising, I was the only punter. 4 Honorary Rangers had shown up to guide the anticipated hordes, but settled for just me. They were watching a Yellow-rumped Tinkerbird and a Chinspot Batis in the acacias of the drive when I caught up with them. 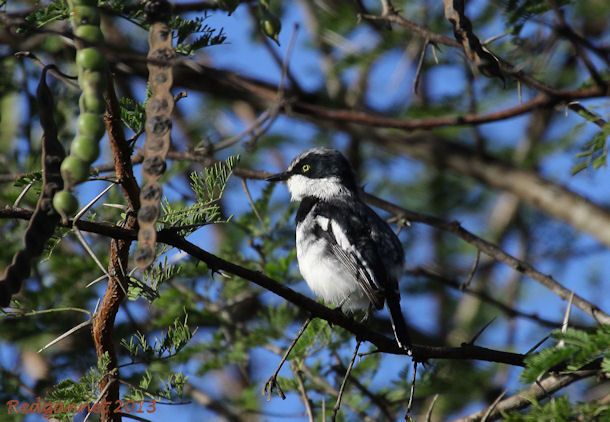 I was out-voted by 4 to 1 for the pronunciation of Yellow-breasted Apalis. South Africans prefer a-pah-lus, where Brits stress a-puh-liss 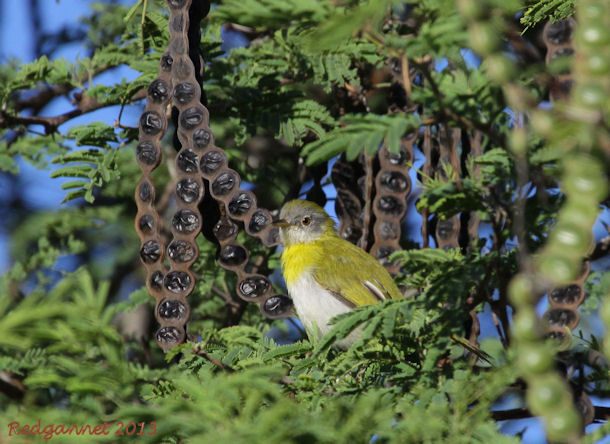 The park looks out across the Crocodile River to the Kruger National Park. Egyptian Geese lined the banks in large numbers, as some were undergoing a moult and found the sandbanks a safe place to sit out their flightless period. A few Waterbuck and Impala were seen on the far side and a Hippo flushed from the nearside bank and headed for the water. 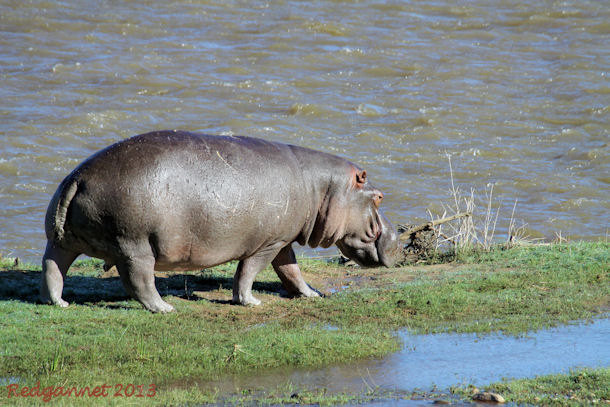 We followed the river which flows from north to south along this stretch as it takes a big sweeping bend around Marloth. It is not unusual to see Elephant from here as they come down to the river to drink. A White-breasted Sunbird fed from a flower close to the fence that keeps the larger, dangerous animals out of the residential area. 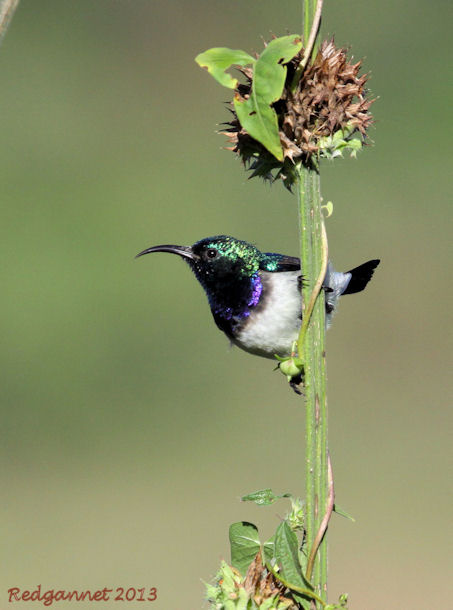 We moseyed gently along the river, noting Green Pigeons in the far figtrees and trying to identify a distant wader. The chuckling of the Common Bulbuls was a constant presence. 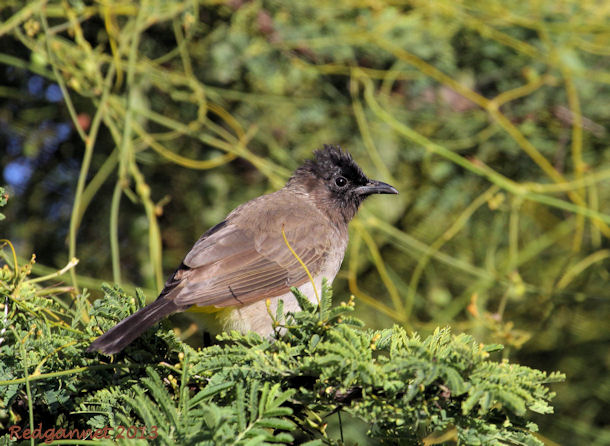 Indigobirds can be identified by combination of bill and foot colour. A Village Indigo bird had fluffed up its feathers concealing its feet so we had to wait to catch a glimpse of the red, red combination. 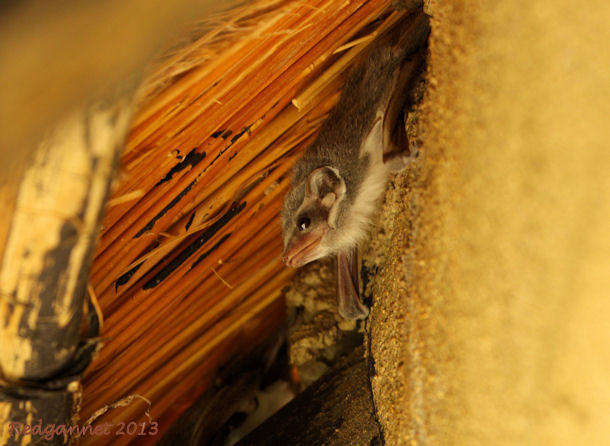 The rangers were worried that the walk had been quite quiet and had tied to bolster the list by adding in some bat species. Epauletted Bats roost in a small flock at the rear of the offices while Mauritian Tomb Bats were found in the outside overhang of the gentlemen’s facilities. 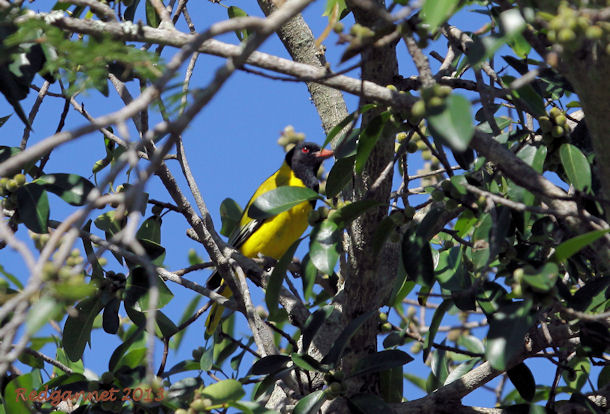 The list as kept by the organising ranger was approaching 50, so we hung around for a few moments more, trying to reach a nice round number. Eventually a Black-headed Oriole was heard and located in the fruiting trees close to the entrance and a Tawny Eagle flew over to complete the half century. As I look at it now, I think I prefer the juvenile African Hawk-eagle. Votes on a postcard please. 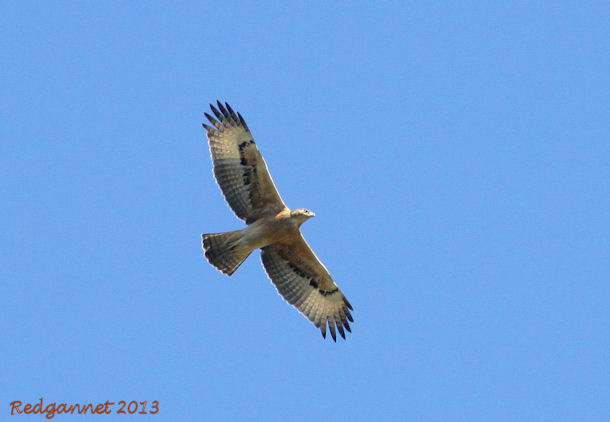 The list below adds a couple of birds seen as I had arrived a bit early, but separates the mammals onto their own list.
Birds seen on walk; 48


Epauletted Bat 20, Mauritian Tomb Bat 8, Hippopotamus 5, Impala 4, Common Waterbuck 6
Marloth Park is a 5-6 hour drive from JNB Oliver Tambo International Airport. We found that the accommodation quality varies tremendously. We asked to change out of the first cottage and subsequently spent two nights each in two other wildly different houses. 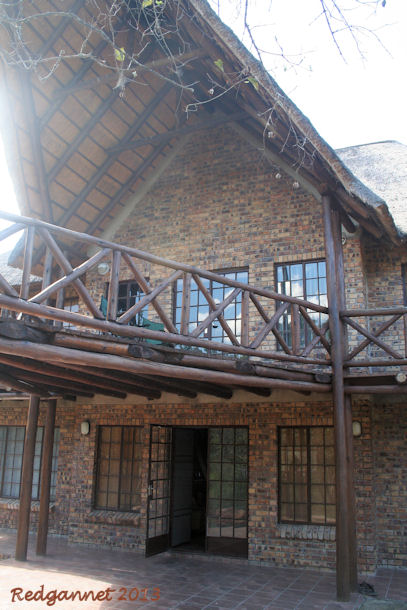 At the Bush Centre, residents can find a small supermarket, laundry, restaurant, bar and security offices. Petrol and internet connection can be found at the station just along the road. 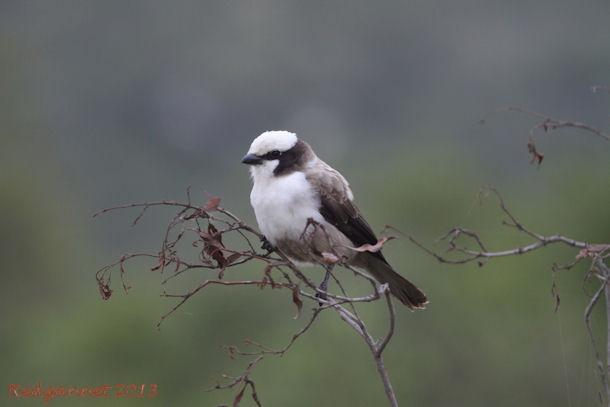 
Visit the dedicated Africa Page for more posts from South Africa, including the Kruger National Park.
Posted by Redgannet at 20:00