For once the Asian Koel was quiet. Normally they greet the dawn with loud hysterical calls, but perhaps the longer nights and cooler mornings that the third week of October brings had dampened their spirits. Pale-vented Bulbuls and Red-whiskered Bulbuls were very common on the approach to Yin Kong, but were completely absent from the intensely farmed area known as Long Valley (Google Earth ref; 22 30 18N 114 06 40E) to the Hong Kong birdwatching community. 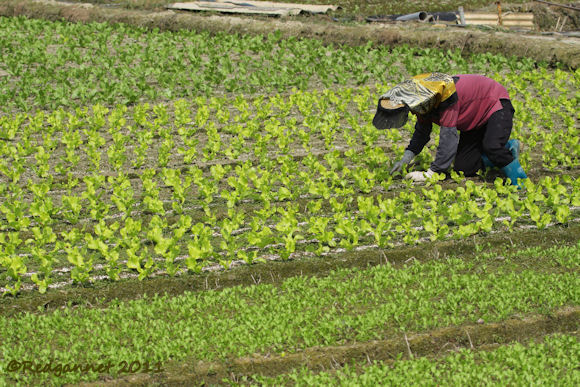 Workers were already hunched over their crops, weeding or harvesting, oblivious to the birds around them. Business must be good if this lady can afford what appears to be a Hermes headscarf for use in the field. Plain Prinias called from a fallow plot beside the path and a Siberian Stonechat watched from its perch. 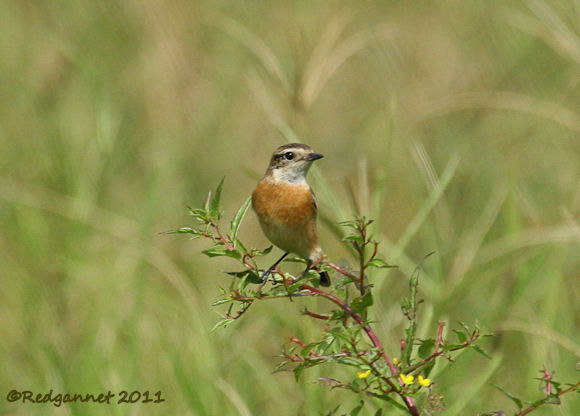 I hastened through the rice paddy fields with flocks of White-backed Munia feeding from the seedheads and perching atop some young banana plants. I wanted to get quickly to a spot where a few unused plots formed a reedy swamp, hoping to catch sight of a rallid or two. Dusky Warblers “tchacked” from the reeds and the first Common Snipe of the morning flushed at my approach. 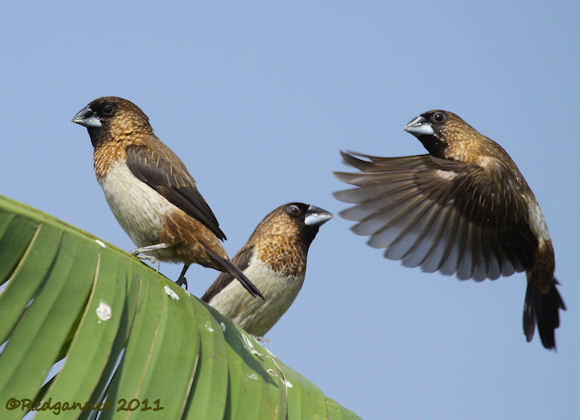 There were no rails or crakes here today, but my timing was rewarded with a Yellow-breasted Bunting instead. 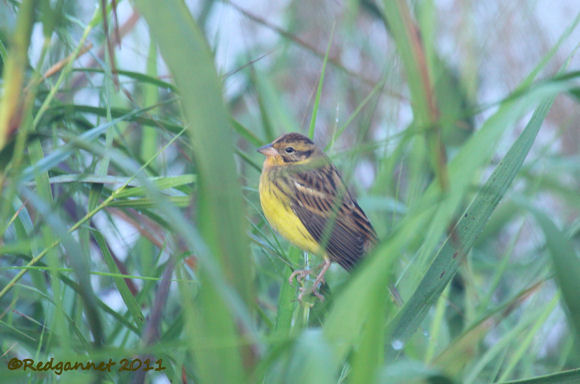 In a previous post about Long Valley, I conjectured that it was probably a dynamic environment where crops are planted, harvested and rotated with some plots being left fallow. However, on this visit, I noted that the same crops were planted on the same allotments as last time with previously fallow areas still left overgrown. 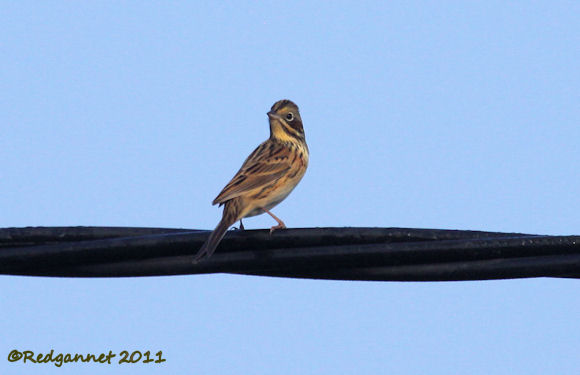 The results are in and the bird in the photograph above has been confirmed as a Grey-headed (Chestnut-eared) Bunting. Thanks to Vicky at HKBWS and please ignore the paragraph below in italics..
Perched on one of the many wires that run up and down the site was what I took to be a Reed Bunting. Only when I arrived home and started writing up did I realise that Emberiza Schoeniclus would make an interesting sighting for Hong Kong. It winters on mainland China in the neighbouring state of Guangdong which left me wondering why its status in Hong Kong is that of a vagrant or accidental visitor. Perhaps my information is out of date. Perhaps it isn’t a Reed Bunting; the conspicuous eye-ring is a worry, but I put the buff colour of the throat and face markings down to the early morning light. Thoughts on a postcard please.
A Peregrine Falcon flew over, half-heartedly chasing a Spotted Dove as it passed through. 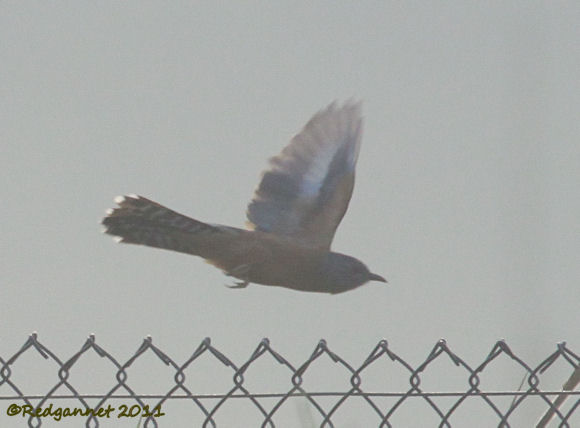 Closer to the river is a chain-link fence with a few wet plots beyond it. I was surprised to see a Plaintive Cuckoo perched there at this time of year. A couple of other birders looked sceptically at me as we chatted later, so I include the picture in case it is of any significance. 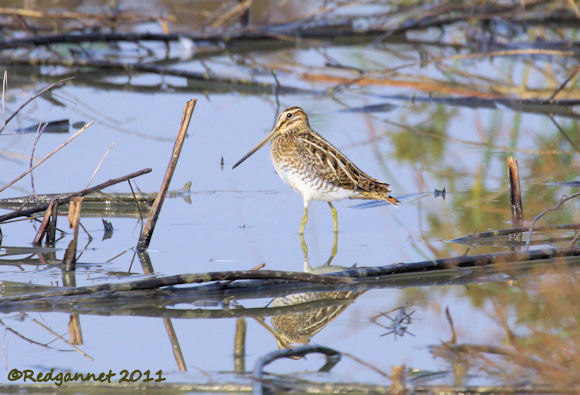 My favourite recollection of Long Valley is of the numbers of snipe that may be seen there. In the next few plots, they flushed in all directions as I made my way along the bunds. Occasionally one would allow me a clear shot, posing reflectively. 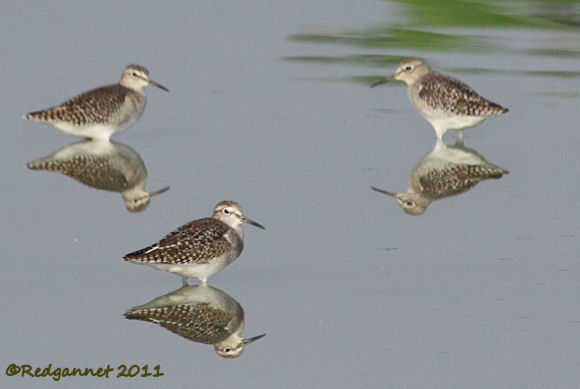 One plot in particular was popular with the waders. Wood Sandpipers stood silently in the shallow water while Black-necked Stilts fed in the deeper spots where Spotted Sandpipers had to up-end like dabbling ducks. Its a shame that I did not have this shot for 'Poop Week'. 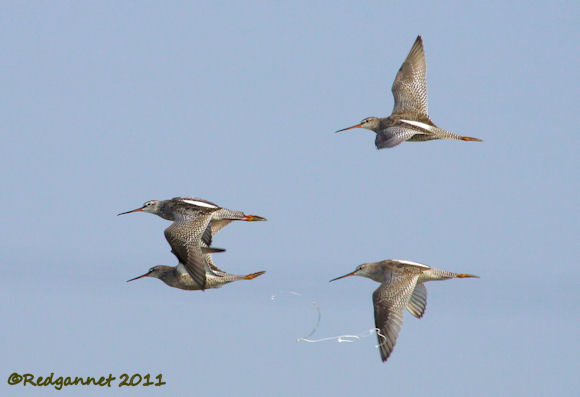 More Snipe flushed as I followed the bund along a plot that had held lotus flowers in the warmer weather. One bird darted to the far bank and crouched there rather than flushing. Its posture was distinctive as that of a Greater Painted Snipe and a quick look with the binoculars confirmed the shorter, drooping bill and characteristic eye marking. 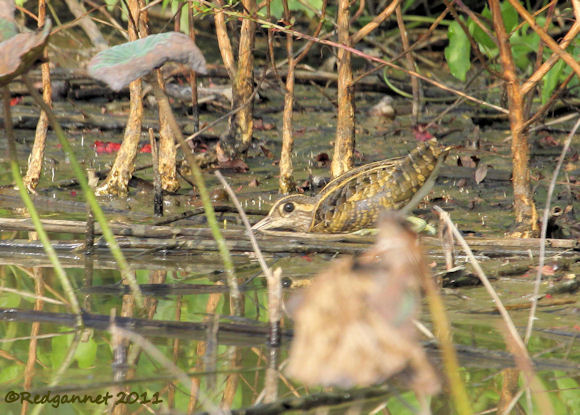 Two birds in the same plot both wore the male plumage which is duller than the females’ who take on much of the stereotypical male duties in this family. Note; Painted Snipes are not related to the true snipes such as Common and Pintail Snipe. 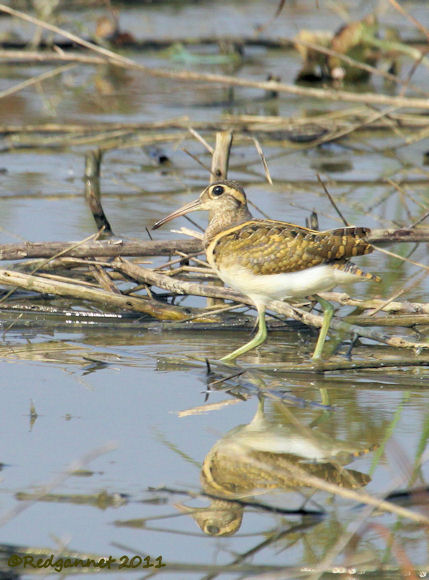 Two rivers, Sheung Yue and Shek Sheung, converge at the northern part of the site. Grey Herons were feeding from a mud-bank exposed by a low tide. Black-winged Stilts and Chinese Pond Herons were also seen there. A Common Kingfisher perched on a wire crossing the river and dived in to catch a small fish as I watched. The herons and the kingfisher blanched as a big catfish, over a meter in length, surfaced. 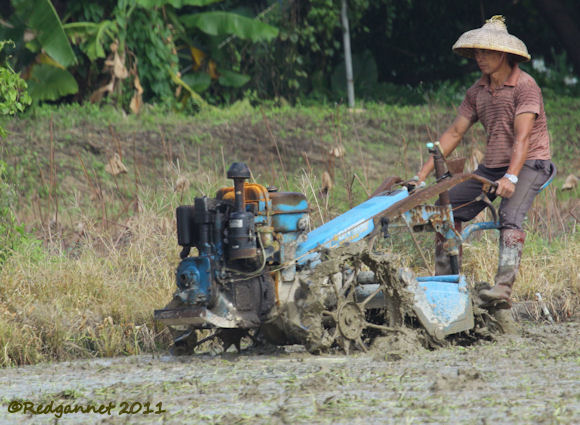 Back in Long Valley plots were being prepared for the next crop. This rotovator is as mechanised as cultivation here gets. 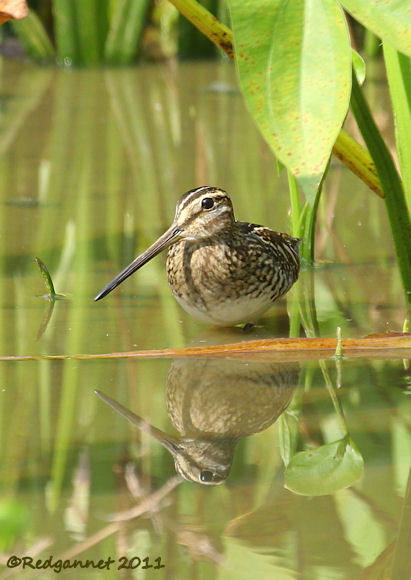 In a taro paddy a snipe sat well and posed for my favourite picture of the day. 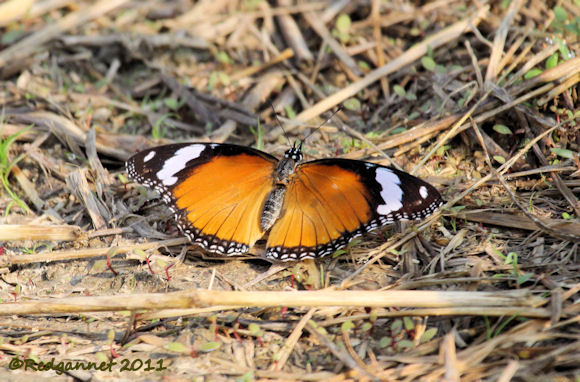 The temperature rose to the high twenties as noon approached and a few dragonflies and butterflies were seen. 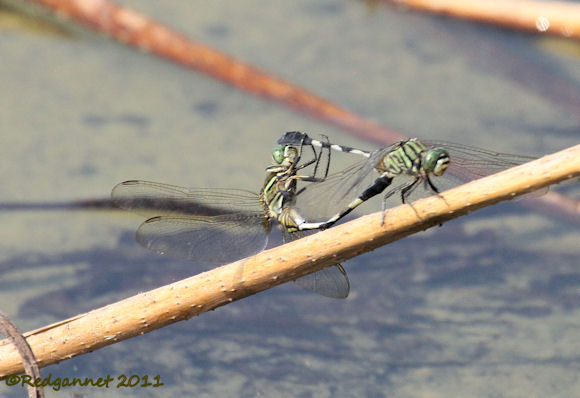 The Green Skimmer, Orthetrum Sabina,  which can be seen on the wing until the end of December,  proved to be more common and looked to be getting even more prolific than the Common Red Skimmer, Orthetrum pruinosum, which flies until late autumn. 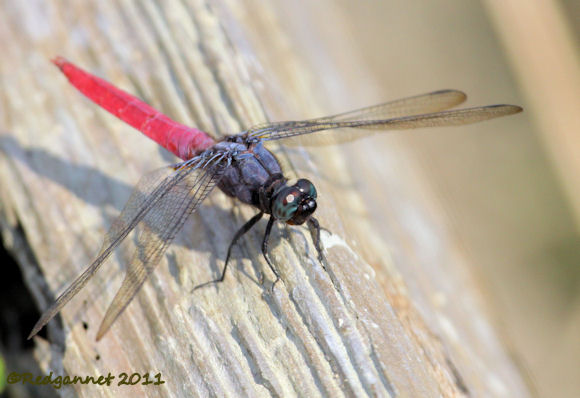 I will have to come back to you with names for the butterflies as it is still a very new discipline for me. If anyone would care to save me a few minutes by suggesting names or where I could look to find them, I would be very grateful. 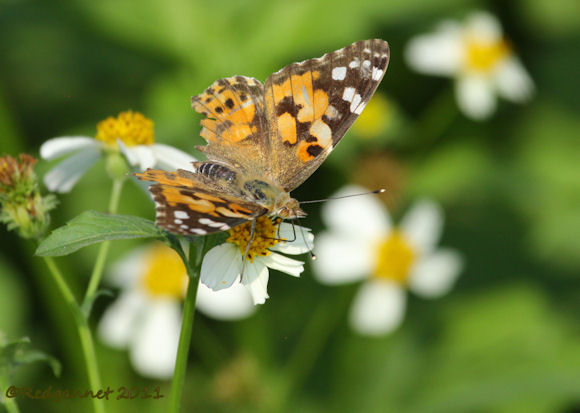 Visit the dedicated Asia Page for other posts from Hong Kong and China.
Posted by Redgannet at 00:32