There are few things in life that can’t be fixed with a great look at a snake or an owl or even both. After a long day yesterday followed by a couple of beers, I was reluctant to rise for the lark and festered until almost lunchtime. It wasn’t a hangover as such, just a beery fatigue that seems to hit more often these days. I wasn’t expecting much from the pockets of woodland around Tyson’s Corner in the middle of the day, so I sauntered about not paying much attention, but I got a few surprises. 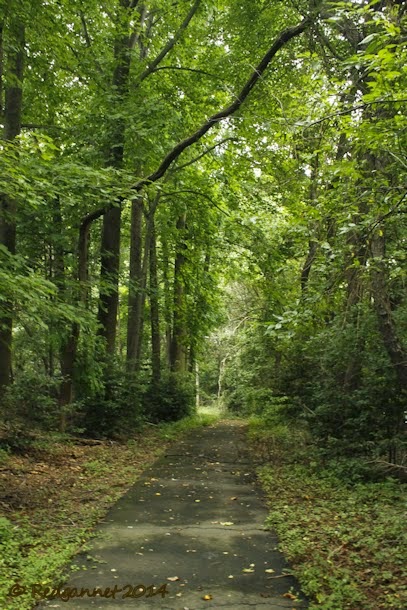 First, unfortunately, building has begun on the wild ground behind Tyson’s 2 Mall. With the arrival of the Metro train, land around the station is likely to be in high demand and the woodland pockets are being squeezed. For the first few minutes, all bird sounds were drowned out by construction noise from two sides. Even the strident “birdeep” calls of the Northern Cardinals were barely audible.
I moved on along Westbranch Drive and ducked back into the woods at Google Earth ref; 38 55 34.20N 77 13 21.95W, where the path leads down to a small pond. A Great Crested Flycatcher caught my eye from high up and at last I could hear a Carolina Chickadee with its fast call. 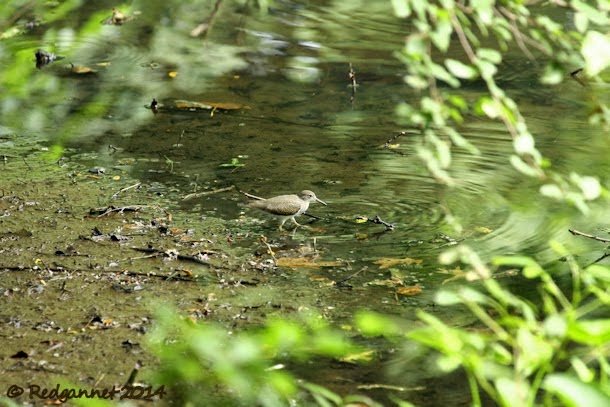 The outbound journey was so uneventful that I could hardly be bothered to look on the return leg, but a Spotted Sandpiper, teetering on a log before flying onto the shallow edge of the pond, had me reaching for my camera. This would be a state first and I wanted a photo just for the record.
As I was putting the camera back into my backpack, I spotted a long black shape in the shade beneath a tree. “Be a snake, be a snake”, I am sure you all know the mantra. 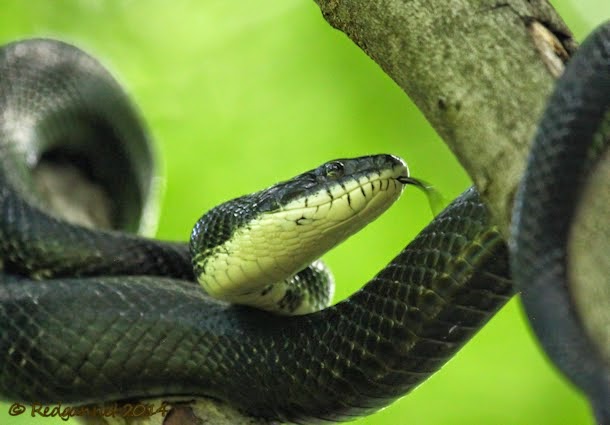 Sure enough, this turned out to be a Rat Snake. It wasn’t a very big specimen of a species that can grow to over 8 feet, but it was slow and photogenic. I am sad to say that it was probably heading for a warm spot in the sun when I noticed it and it had already spotted me as it turned slowly and sluggishly crept back into its tree. 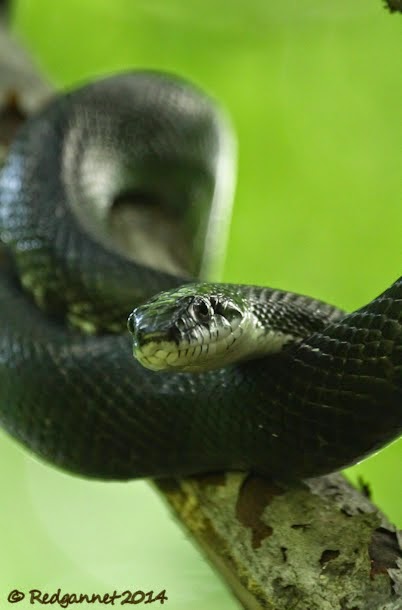 I was pleased that I hadn’t taken the short cut home now and I was rewarded again on investigating a commotion a little further round. I had nearly doubled back on myself and wondered if the birds were alert to the snake, but they were calling from on high and about 30 meters from the snake’s tree. It had to be worth a look in the event that there might be an owl. I scanned the trees where the fuss appeared to be coming from, but couldn’t see anything. I put down my backpack and moved further in. I glanced to my left to check my footing on the slope and saw a Barred Owl looking back at me. 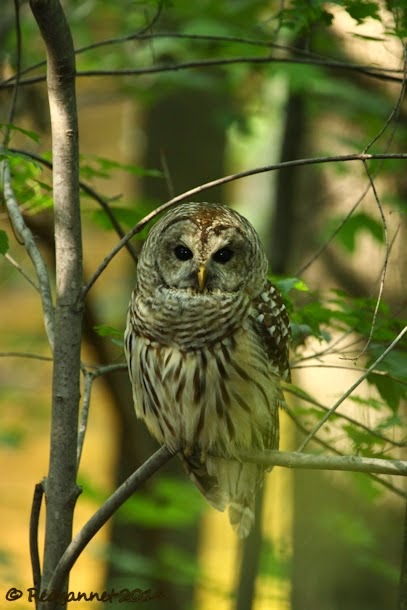 The owl was half way up a tree that was half way down the slope which put us on eye-level with each other. After a few moments, I regained my composure (please note that at no time during the proceedings did the owl’s poise desert it) and moved slowly back to my camera. 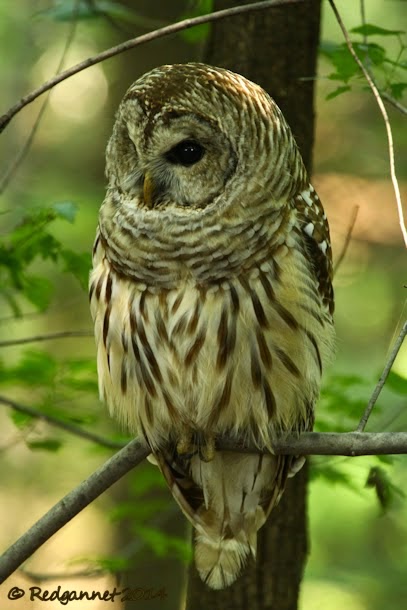 We were unfortunately in deep shade and there was a bit of camera movement on most of the pictures, but by fashioning a rest out of my camera bag and a tree stump, I managed to get a few usable shots before retreating. 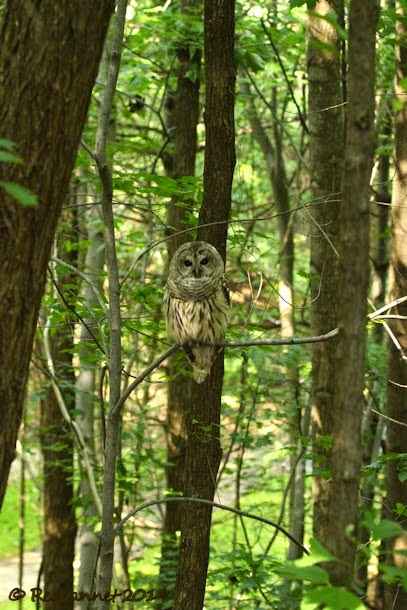 I can't ever remember getting a better look at an owl. I was fortunate to be so close to the bird without it flushing before I spotted it and lucky again that it tolerated my movement as I backed away.

Visit the dedicated USA and Canadapage for more posts.