My airline employer likes to keep me on the back foot and to make me work hard for my time in the woods. This week in Abuja, Nigeria, I found myself at another unfamiliar location and had to find my way out past the vigilant desk clerk who had refused to allow me to leave the hotel.
Apparently, my company have made it a condition of the accommodation contract that all crew are to remain in the compound, locked behind big, guarded gates. 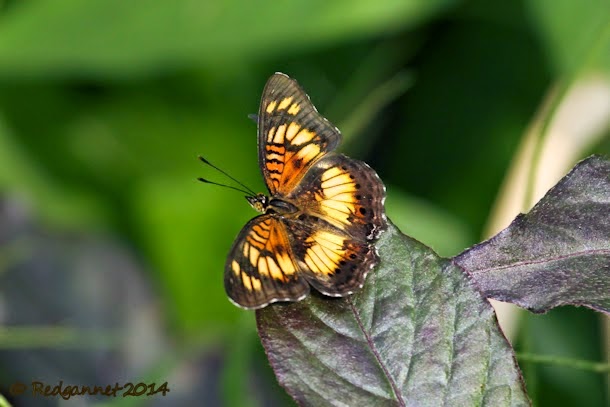 Since other guests have to come and go, the gates were opened from time to time. Short of wrestling me to the ground, the guards could not actually stop me leaving the premises, so I took a quick wander around the neighbourhood, picking up some common species such as African Thrush, Village Weaver and Western Plantain Eater. 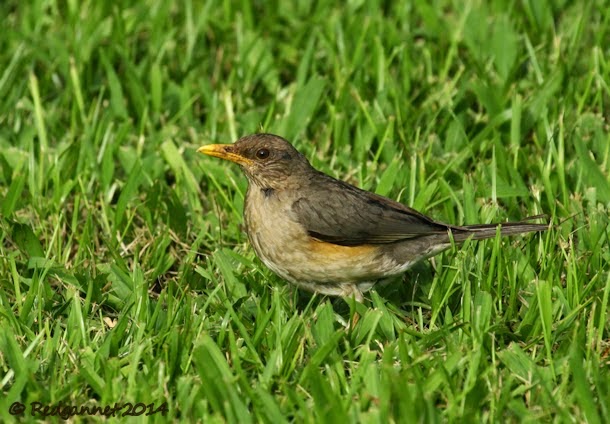 The desk clerk eventually relented and called a car that took me to Millennium Park and we agreed a pick-up time for some 2 hours hence at the guarded gate (Google Earth ref; 9 4 17.96N 7 29 49.84E). For future reference, 2 hours was not quite enough and I found myself hurrying back to the gate. 3 would be about right. 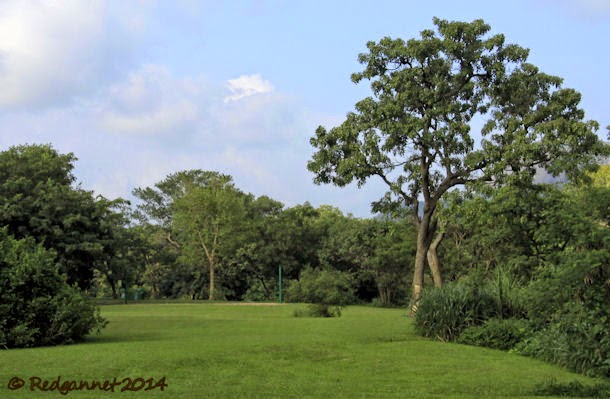 The park has lawns, trees and 2 small rivers which converge at the bottom of the slope. I headed down the path, noting Yellow-billed Shrike, African Thrush and Common Bulbul. At the bottom of the slope it is possible to see across the river into some waste ground beyond. A Grey Kestrel perched on a pylon here with a Black-winged Bishop teed up on a tall slender reed. A Senegal Coucal stood out boldly on the grass. A bridge crosses the upper river at Google Earth ref; 9 4 12.99N 7 29 50.97E. The southern lawns were quite open and dotted with trees which held Superb Sunbird, Green-headed Sunbird and Scarlet-chested Sunbird. I followed the river upstream until I came to the eastern side of the park which was marked by a tiny African Pygmy Kingfisher. 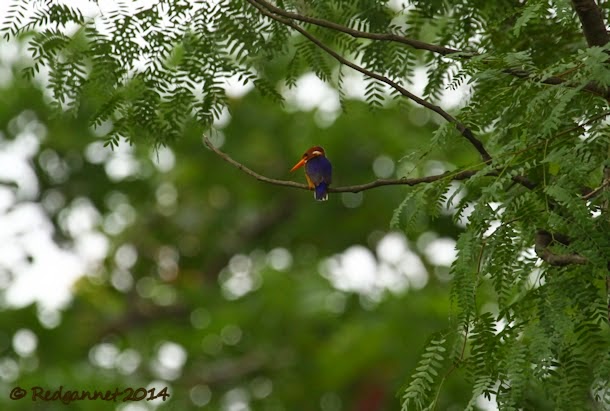 Cattle Egrets stalked the lawns to the north of this section as I found the other river and followed it back to the bridge. Here I crossed and followed the other river back upstream. This area was slightly more closed. Larger, denser trees lined the far bank, but the light was much better from this side in the evening. Violet Turacos, African Paradise Flycatcher and Yellow-throated Greenbuls were seen along the riparian woodland line with Fork-tailed Drongos, Woodland Kingfishers and Brown-throated Wattle-eyes seen on the wooded slopes on the other side of the trim trail. 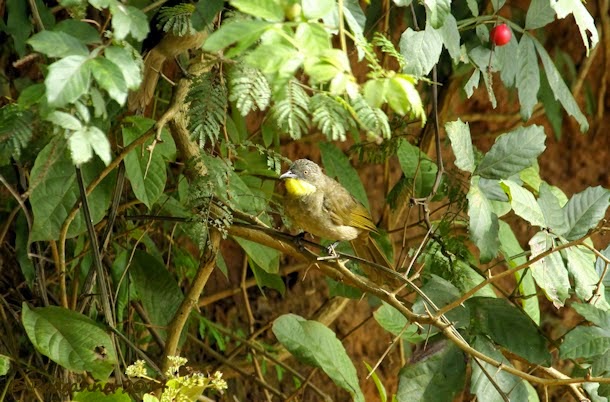 As the sun dimmed towards the end of the evening, an entrancing sunbird caught my attention. In the low-angled light the breast shimmered red and the head lit up gold. I had to thumb through the Nectariniidae section a couple of times before I found Copper Sunbird and I have to say that the illustration does not do it justice. 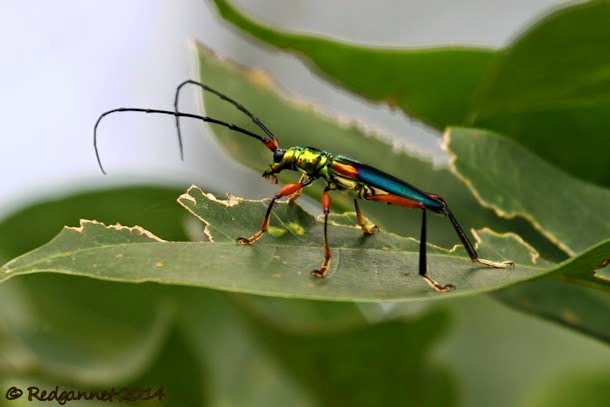 Millennium Park is a public park that is enclosed by heavy fencing with guards at each gate. A bag search is conducted by security, but there is no charge for entrance.
On this Sunday afternoon, there were a few families with children using the playground and a few couples flirting in the shade of trees.  I should guess that it is very quiet during the week.
There are no facilities except hawkers selling refreshments at the gate.
The private taxi from the hotel cost 4,000 Naira (@ 277 Naira = £1) to drop at the park and pick up again 2 hours later.
For a previous post from Millennium Park, follow the link below;
http://redgannet.blogspot.co.uk/2010/05/millenium-park-abuja-nigeria.html