I had to attend a luncheon engagement today, so was unable to venture very far afield. If the choice had been proffered, I would have jumped at the chance of a slice of carrot cake and a weak lemon drink al Frisco on the flowering meadows of Mt Tamalpais. Anyway, I took the easy option this morning and paid a visit to Golden Gate Park, concentrating my efforts around Stow Lake and Strawberry Hill (Google Earth ref; 37 46 7.28N 122 28 30.39W). 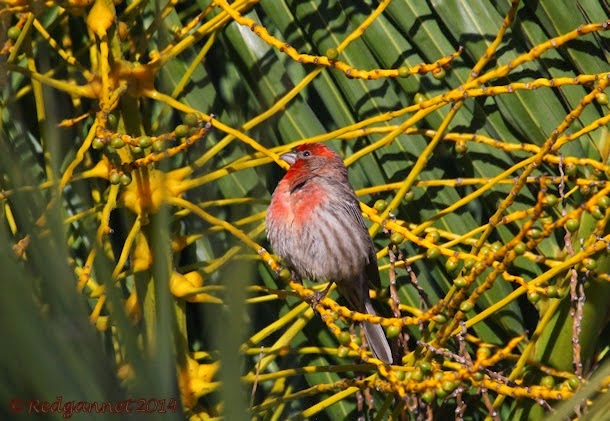 The way in from 10th and Fulton was uneventful except for a House Finch that showed well in a date palm outside the Conservatory of Music and the Brewer’s Blackbirds that posed on a rail. 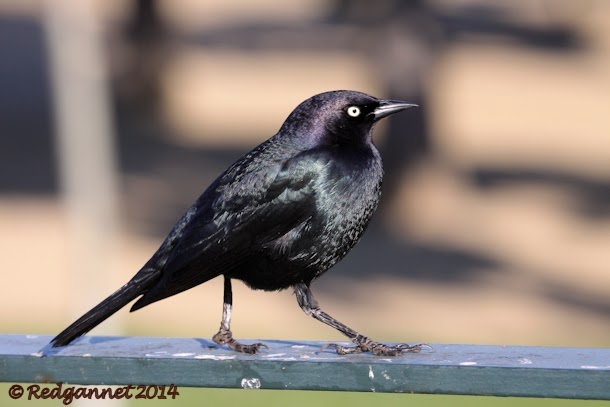 The wintering warblers have moved on and the migrants from the south have yet to show on this fourth week of April. But the trees and bushes around the lake were ringing with birdsong; mostly from the Song Sparrows and Red-shouldered Blackbirds. 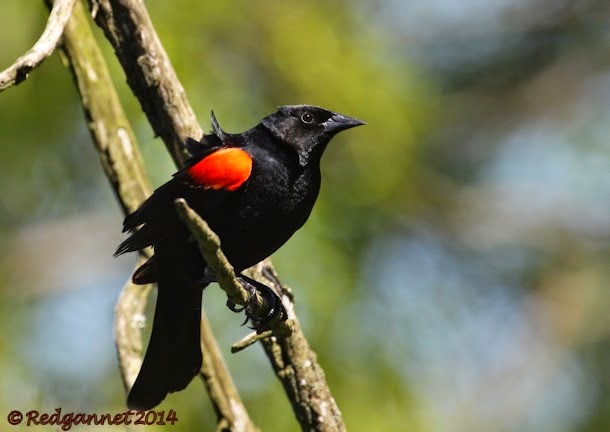 I often see the "Bi-coloured" form here which shows little or no yellow on the median coverts.
The usual suspects were found on Stow Lake. Mallards, Pied-billed Grebe and American Coot were expected, but the Ring-necked Ducks were a surprise, putting in a first-time appearance on the lake for my notebook. Notably absent were the gulls. Western Gulls were present in numbers, but California, Herring, Glaucous-winged and Ring-billed Gulls had moved on for the summer. 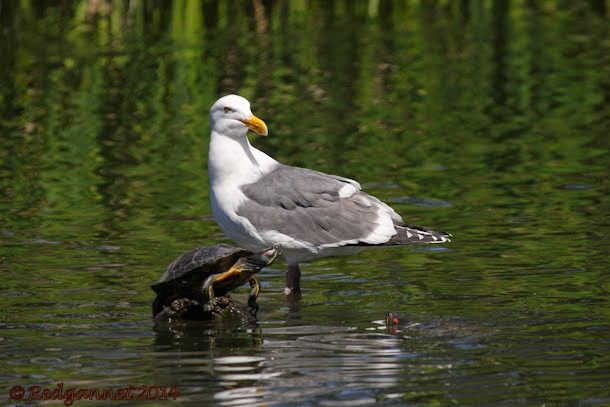 The lake surrounds a large island known as Strawberry Hill. I always check here for the reputed Great Horned Owls that are said to roost in the pines, but have yet to find one. The top of the small waterfall has been a productive spot in the past and was probably the most interesting area today. A male Anna’s Hummingbird flew his ‘J’-shaped display, but a Selasphorus sp, hid amongst the leaves and refused to do or show anything characteristic. A flock of Cedar Waxwings were working their way up towards the top of the hill, but were camera-shy and flighty. 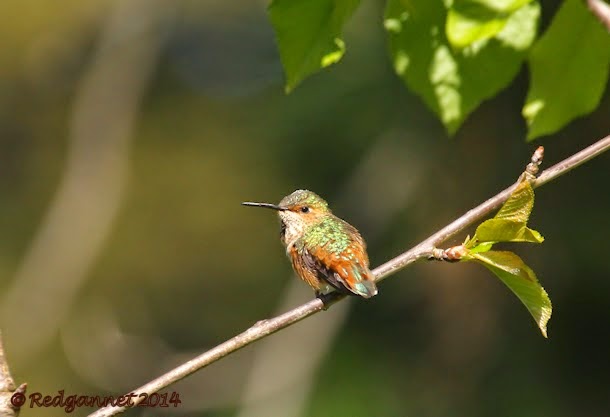 In a small garden behind the boathouse/ café, I stopped for a while on a bench, hoping that a hummingbird might come down to the showy flowers of a fuchsia bush there. Sure enough, after a short while an Allen’s Hummingbird came to feed. It didn’t come round to my side of the bush while feeding, but popped up into clear view for a rest. The green back gives a reasonable identification as Allen’s. Mind you, the otherwise similar Rufous Hummingbird may also occasionally show a green back while the Allen’s, obtusely, might wear a rufous back. I am assured that each crossover variant is fairly rare, and each of the birds that I saw toady had green backs, so I am going with Allen’s. A display flight might have been useful with a few sideswipes building up to the ‘J’-shaped plummet for confirmation. 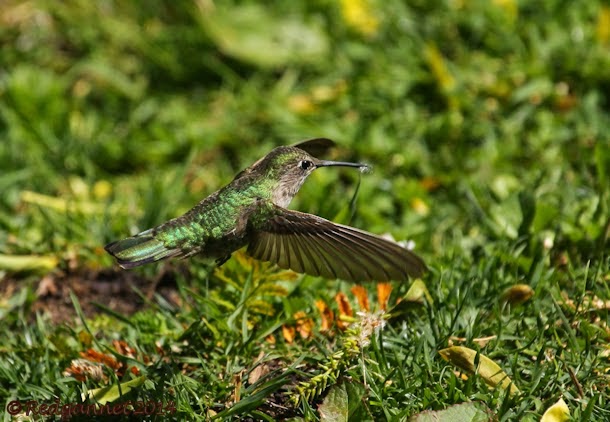 The hummingbirds have been very visible today, chasing each other about, defending food sources and gathering nesting material. This Anna’s Hummingbird female looked to be feeding from a patch of lawn daisies. When I looked closer however, I realised that she was collecting spiders’ webs and soft seed fluff. 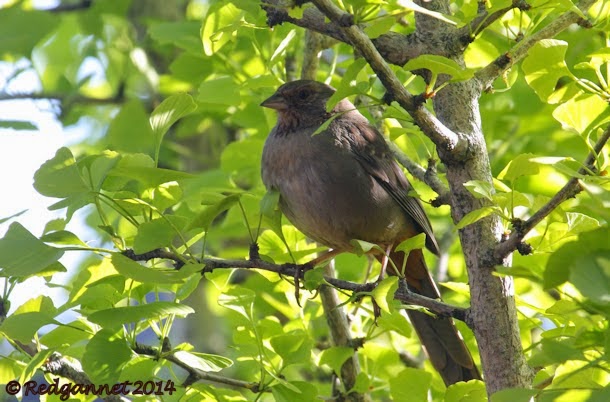 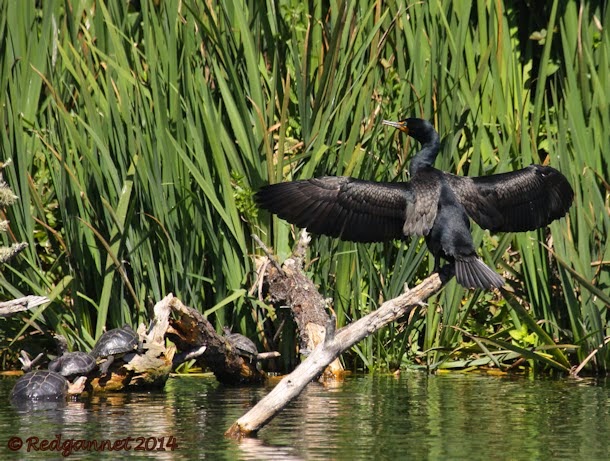 A choice of buses is available to reach the park from Market St in downtown San Francisco. Today I rode bus no 5, which cost $2 and ran along Fulton, skirting the northern edge of the park. The stop at 10th and Fulton is very close to the de Young Museum and the Conservatory of Music. 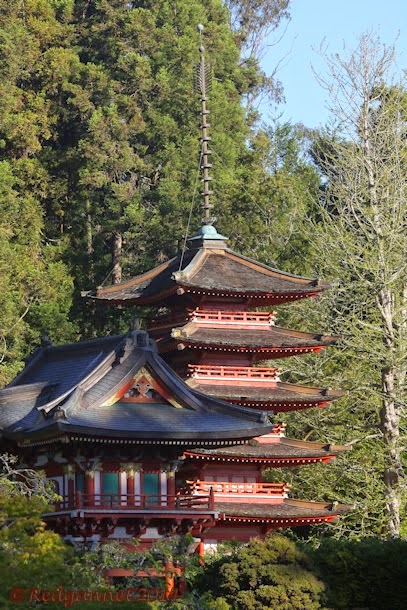 Visit the dedicated USA and Canada page for more posts from San Francisco, including; Palo Alto Baylands, Crissy Field and the Nudist Beach
Posted by Redgannet at 11:47