I rather lost my centre of attention today by lingering too long on the Marin Headlands trying to get a nice shot of the Golden Gate Bridge. Clouds rushing in from the sea had obscured its lower half and that same mist completely blanked out Rodeo Lagoon which was to have been my focus. A few White-crowned Sparrows called through the fog and a California Quail flushed from the roadside. At the Visitor Center, a couple of California Towhees were obscured from just a few feet away.

Instead I headed north, towards Point Reyes National Seashore. Once away from the immediate vicinity of the coast, the fog thinned very quickly and after a short climb to the top of Mount Tamalpais, I was in glorious sunshine, but the city in the distance was still misted. 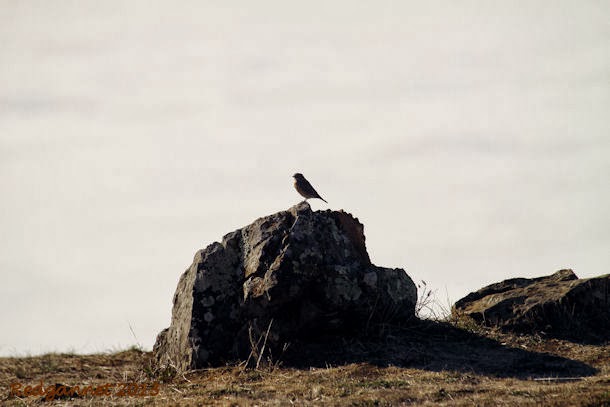 Dark-eyed Juncos and Golden-crowned Sparrows were common here and a Western Bluebird perched on a rock, silhouetted against the white background. 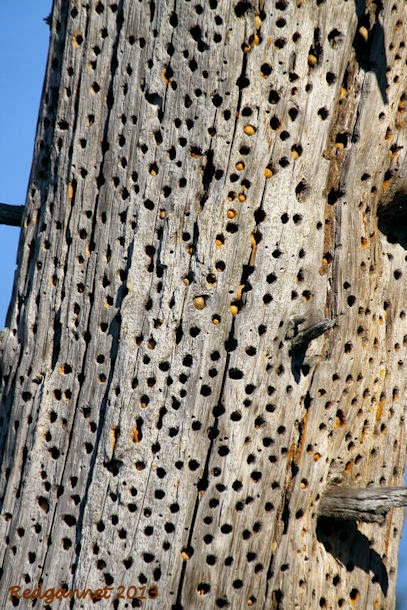 Acorn Woodpeckers had staked their claim to a tree here by ramming it full of acorns and a Hutton’s Vireo showed for a moment in the oaks. 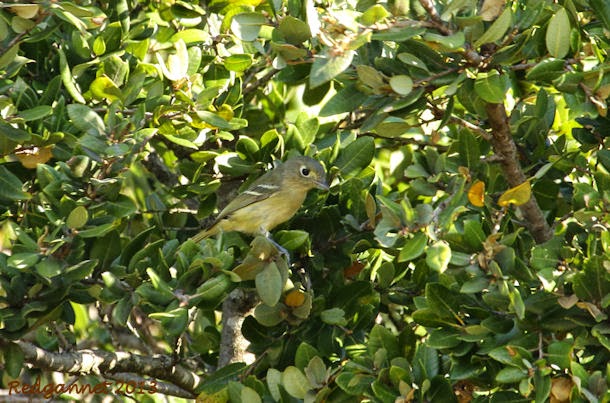 The Visitor Center at Point Reyes lies right on the San Andreas Fault line and has a hypnotic monitor with a scratchy needle that shows tiny movements as the ground shivers below your feet. A Black-tailed Deer nervously watched as I came into the car park. 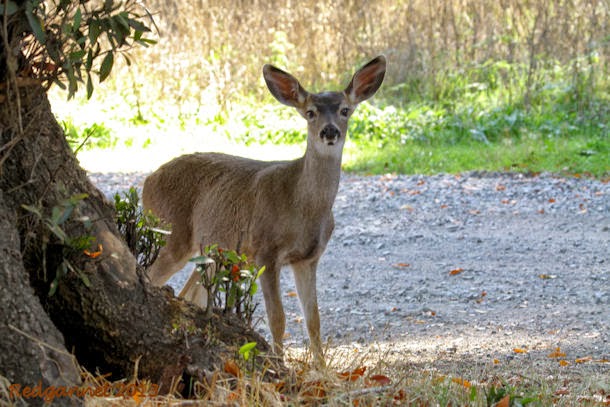 A quick walk around the outside brought some Yellow-rumped Warblers and Western Scrub Jays as well as more Golden-crowned Sparrows, Western Bluebirds and Acorn Woodpeckers. 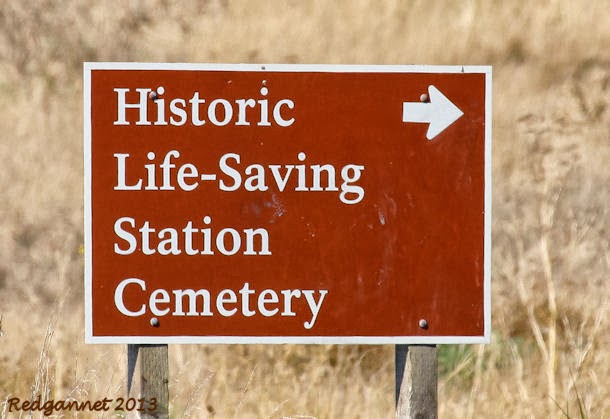 I couldn’t decide whether the Life Saving Station should adopt a more positive approach to their work or if the sign could do with some punctuation.


Out on the peninsula the fog closed in again and the surroundings took on the air of the moors around Skyfall. I wouldn’t have been at all surprised to see Dame Judy Dench through a break in the rolling mist, doing a runner up the slope. 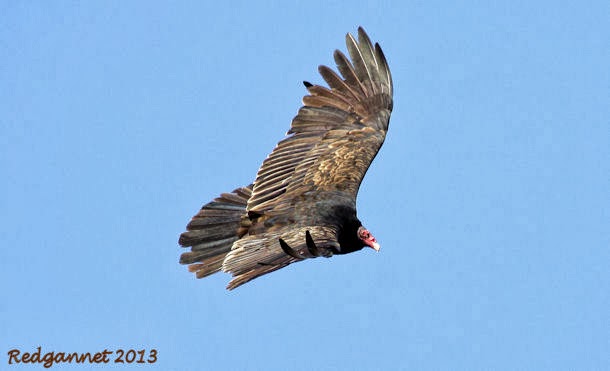 Turkey Vultures, American Kestrels and Red-tailed Hawks were very common today and I was hoping to get back to the Marin Headlands later in the afternoon to visit Hawk Hill. As you must know by now, my attention span is limited and I became knocked off plan by a beachful of Elephant Seals to the north of Fish Dock. They can easily be seen if you zoom right in at Google Earth ref; 37 59 53.88N 122 58 59.83W. There were a few young males testing their strength against each other in the shallows, but the big males may have been on the ocean side of the peninsular, or out to sea. 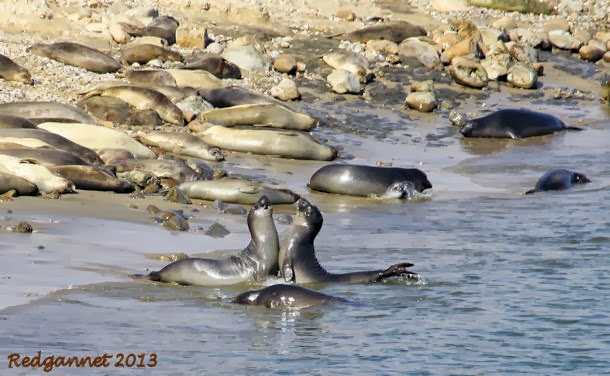 The high cliffs on the seaward side of the peninsula protected Drakes Bay from the clouds being blown in from the ocean and the path leading down to the Elephant Seal overlook afforded a fine view across the water. Common Loon and Pacific Loon were seen out there and a Common Murre was fishing close in. Surf Scoter and a couple of Bufflehead could also be seen, but the Elephant Seals provided the best value for money. A pair of Common Seals stayed out of their way in a small patch of weed. They looked a little concerned, but then, don’t they always? 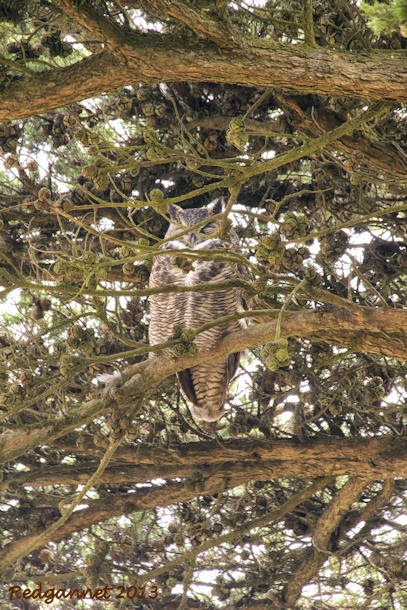 List also includes birds seen at Bodega Lagoon and a quick stop on the bay in the failing light as I returned the car to the airport. 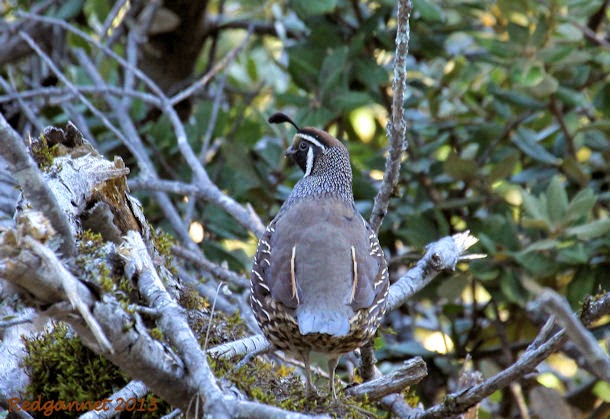 If you visit the Marin Headlands by car, remember that there is a toll on the Golden Gate Bridge for the crossing back into the city. There is no facility to pay cash as you cross the bridge and you must pay the toll by visiting http://goldengate.org/tolls/ It is possible to pay after the crossing, provided that you do it within 48 hours. See information at http://goldengate.org/tolls/alreadycrossedbridge.php


It may be most convenient to pay the toll at any number of convenience stores in the city (Walgreen’s, Costco, Safeway).


Rental car firms may have a system whereby they can pay the tolls and you reimburse them with an added convenience fee.


You must enquire about this when you pick up the car and either opt-in or opt out.
Posted by Redgannet at 21:18