This week I was in New York and was able to make a couple of visits to Central Park. I walked as far as the Ramble from both directions, so between the two outings, covered the full fifty block length. 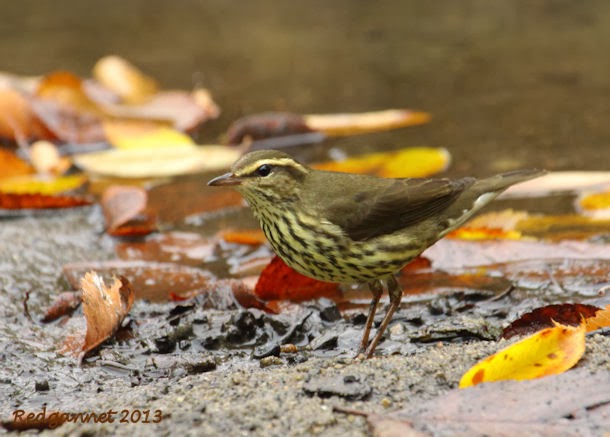 We arrived in the afternoon and I walked in from 60th St., taking a quick look at The Pond where a Great Blue Heron hunted at the top end. I went out onto the bridge to get a better look and noticed a Northern Waterthrush on the other side, bobbing along at the edge of the water. Waterthrushes have always eluded me, so I took up a position on the bank and waited for it to come closer. Even as it came closer, most of the pictures were blurred by the quick movement of the bird and the slow shutter speeds (ISO 1250) on a gloomy afternoon. 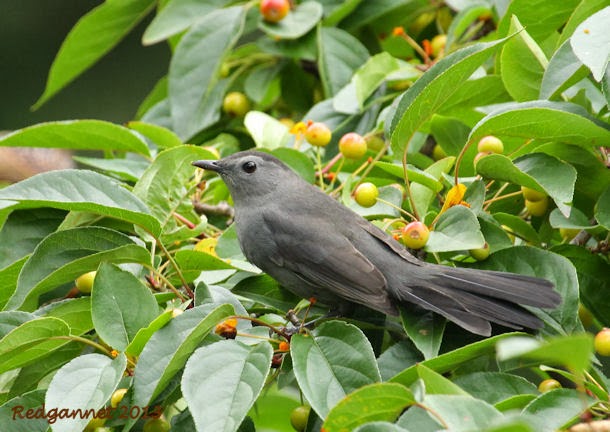 Grey Catbirds and American Robins appeared to be gorging themselves from the berries in every fruiting tree. 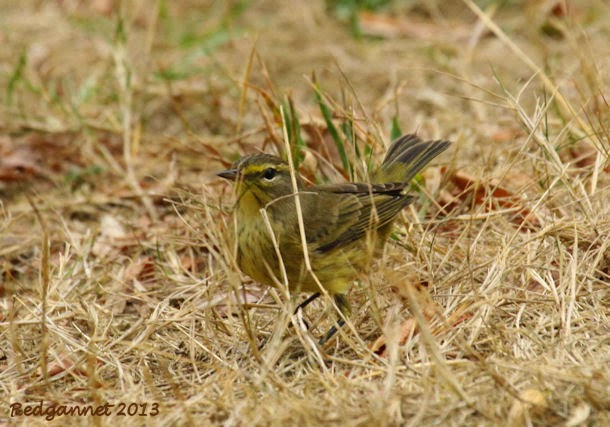 I stopped at Falconer’s Hill for a short while as this is often a productive spot. Sure enough, the warblers started coming as I waited. A Black and White Warbler scuttled around the trunk of a tree while a Palm Warbler pumped its tail as it strutted along by the rocks. 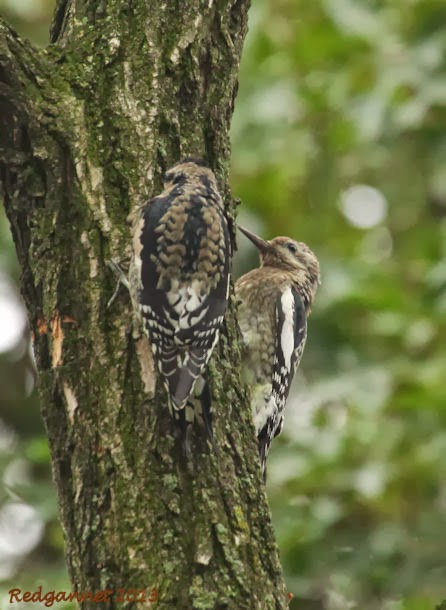 Yellow-bellied Sapsuckers, Ruby-crowned Kinglets and an Eastern Phoebe were all seen here too before an unseen something put them all to flight.
As I crossed the road towards the pond a small, fast, falcon zipped up towards the rocks. This must have been my first Merlin for Central Park. 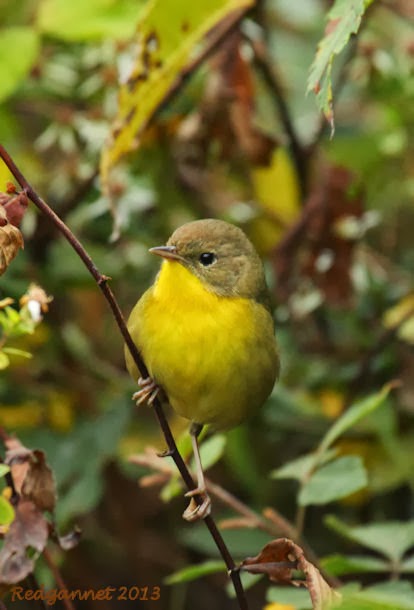 The low weeds along the edge of the boating lake quivered to the movements of a Common Yellowthroat and a quick pish brought it up for a look-see.


The evening was running thin now and I moved quickly through The Ramble to The Oven, where a juvenile Rose-breasted Grosbeak appeared momentarily and a Northern Parula teased me with tantalising peeks from the top of a tree. There was just enough light left to catch a couple of Brown Thrashers and two female Black-throated Blue Warblers in Maintenance Meadow. 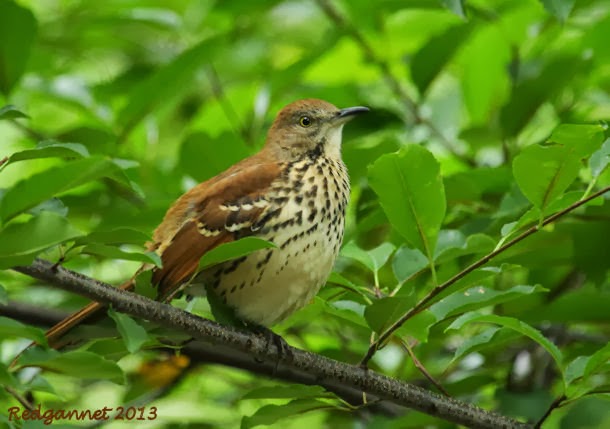 The dim light under the trees would not allow me to get a shot of two Ovenbirds that skipped across the path by the feeders. A Grey Catbird was only caught by using the TV setting and demanding a faster shutter speed. 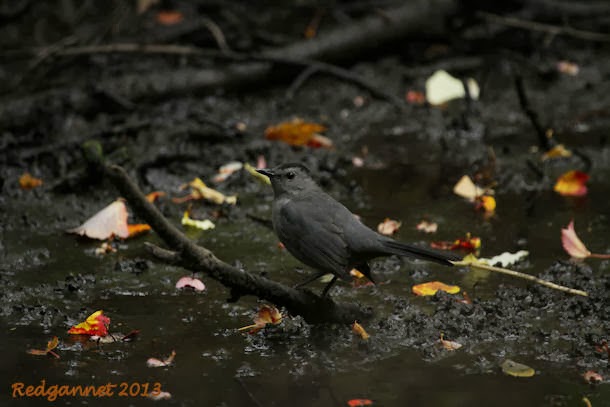 The next morning, I caught the bus to 110th St. and began to work my way south from Harlem Mere. A brisk breeze was blowing from downtown and I wondered if it would be enough to bring any warblers down for a rest. The ducks were looking relaxed on the mere with plenty of Mallards as well as Gadwall, some Northern Shoveler and a couple of Ruddy Duck. 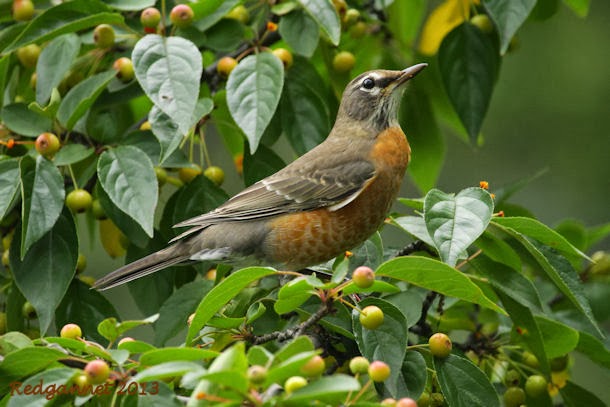 A couple of Palm Warblers were seen on the weather side of The Fort and the breeze really freshened as I looked out across the Mere from my elevated position. A storm (Karen) had been working its way towards New York, but had veered out to sea the day before. I guess the low cloud and wind were a result of this weather feature.


A small island in The Mere looked very promising. Activity there came from Grey Catbirds, Palm Warblers and Yellow-rumped Warblers. I was really looking forward to getting into the North Woods and The Ravine area as it had looked very birdy on my last visit and this morning had started well. I was leaving it until the light improved, but by 08.00, it was still horribly dull and I had a lot of ground to cover. It proved disappointing with only an American Redstart to add to the warbler count, but on the bright side, a Winter Wren and a Swamp Sparrow popped out from the moist edges of the stream. 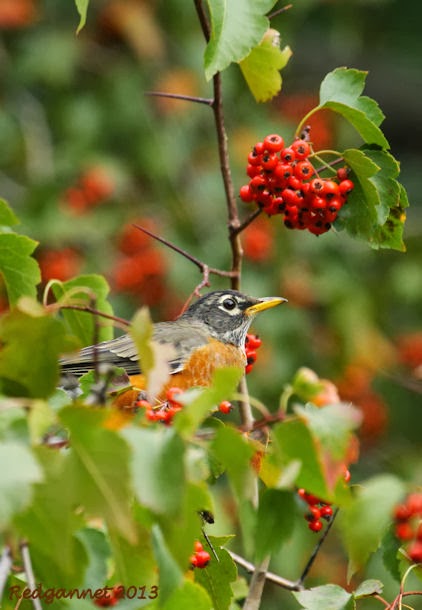 The berry trees were still proving very popular with American Robins, Grey Catbirds and European Starlings. The trees around Turtle Pond and Shakespeare Garden were full of birds. 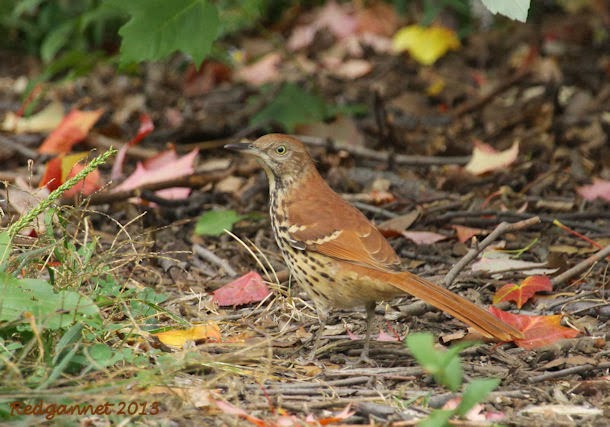 Northern Cardinals and Brown Thrashers in Maintenance Meadow were joined by an Eastern Phoebe and the first birder that I had seen all day. Where have all the birders gone? Yesterday was a Sunday evening and none were seen at all!


One of the Ovenbirds was still hanging around by the feeders, but stayed deep in the weeds. 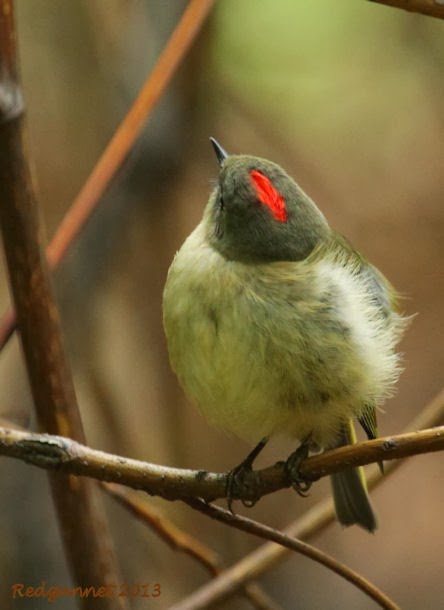 Rain had been trying to fall for the last hour or so and eventually became more persistent. It was time to go home anyway, so I decided on a quick look along The Spit before heading out. Some Ruby-crowned Kinglets were seen in the low bushes at the start of the path and a Tennessee Warbler finished out my list for the day. 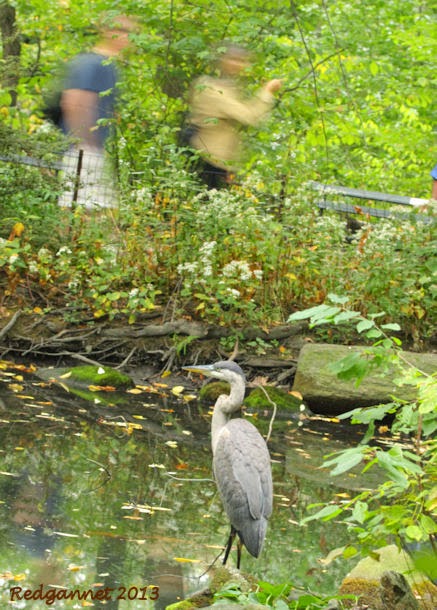 Visit the dedicated USA and Canada Page for more posts from New York including Jamaica Bay
Posted by Redgannet at 19:05