eBird has unveiled its new feature, the Hotspot Explorer. And what a wonderful feature it is for anyone venturing beyond their own back yard. It shows birding hotspots on a map-based interface and colour-codes the sites to show how productive they can be.

In preparation for a trip to Phoenix, I took a quick look at my normal stomping grounds there. The familiar sites showed as cool blue or tepid yellow flags on the map, but one site was glowing orange, vying for attention. I was shocked to find that the hottest spot in Phoenix was just a step away from where we stay and I was previously unaware of its existence. The Riparian Reserve at Gilbert Water Ranch can be seen at Google Earth ref; 33 21 51.87N 111 44 5.27W. I was not able to paste the name or coordinates into the Hotspot Explorer search box, but once this minor oversight is bested, Google Earth may become dispensable! 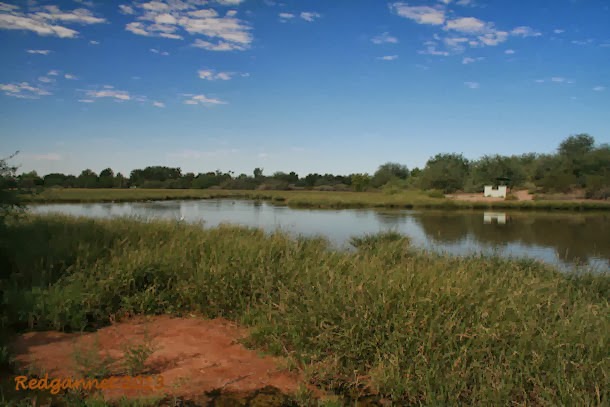 The Riparian Reserve shares a large block with the Gilbert’s Southeast Regional Library, a small astronomical observatory and a fishing lake. The gates are probably closed overnight, but were open early this morning. There is enough habitat around the fishing lake and observatory to keep birders busy if the gate-keeper is late. 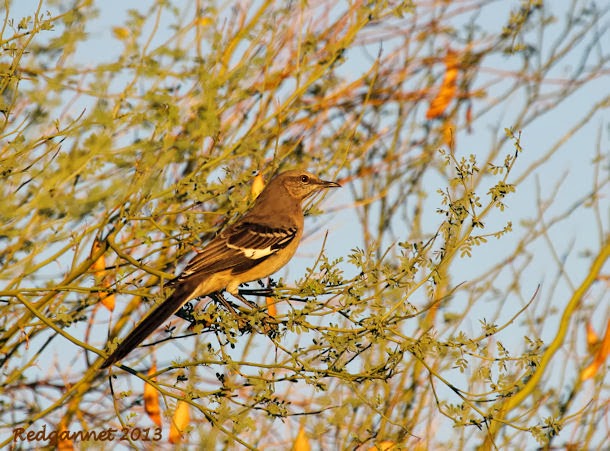 I arrived by 06.30 and was greeted by a Northern Mockingbird. I slowly worked my way to the gate, noting McGillivray’s Warbler, Black-throated Gray Warbler and Belted Kingfisher near the observatory. What passes for a ploughed field in any other part of the world is called a lake in Phoenix. 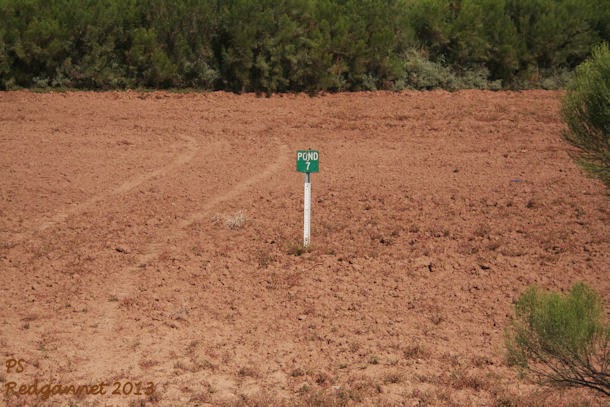 The appearance of the reserve on Google Earth and the map of the site were at odds to my experience in the second week of September. Pond 7 had shrunk to a tiny crescent. A Green Heron watched from the edge and a Neotropical Cormorant roosted a bit further back. 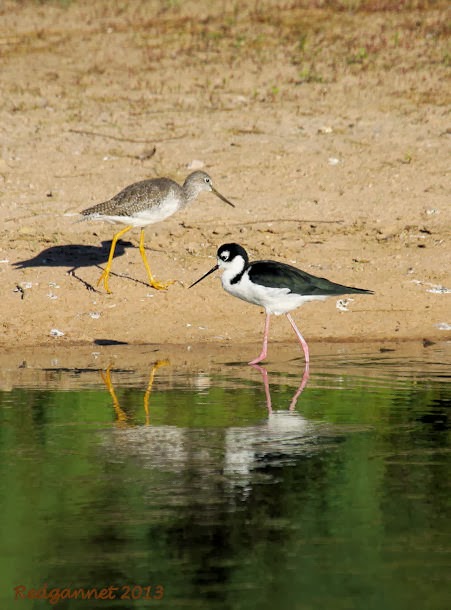 Pond 6 was similarly reduced to a smear of its former self. Greater Yellowlegs, Spotted Sandpiper and Killdeer stalked the margins while a trio of Mallard popped down to the water’s edge for a drink. 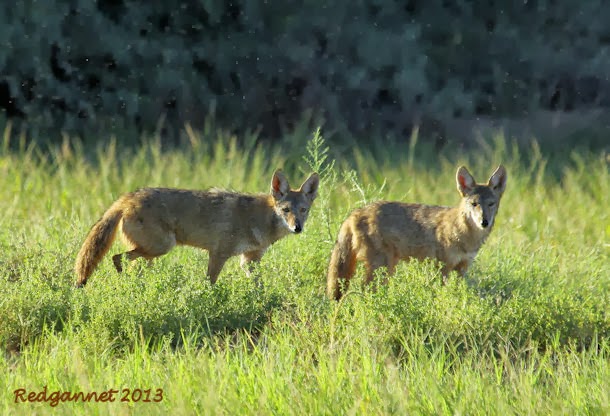 In Pond 5, the water had given way to meadow. It looked as though it might be wet underfoot, but not too squishy to put off a couple of Coyotes that were making their early morning rounds. A small screen hide in the corner overlooked the enduring puddle in the corner where a couple of Pintail and Shoveler shared the water with the omnipresent Mallards. 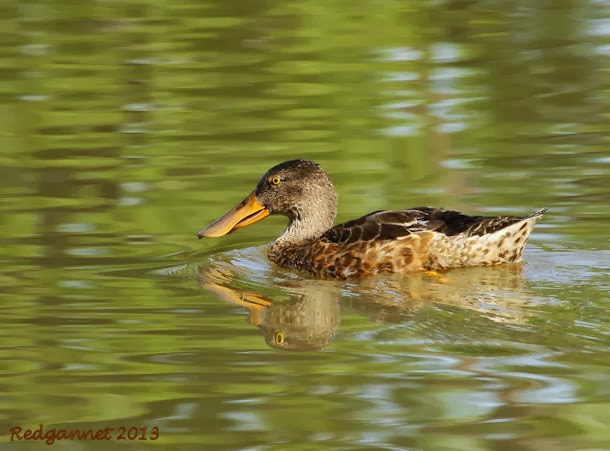 A small patch of sunflowers near the screen attracted a flock of Lesser Goldfinch which allowed me my closest approach of the week. 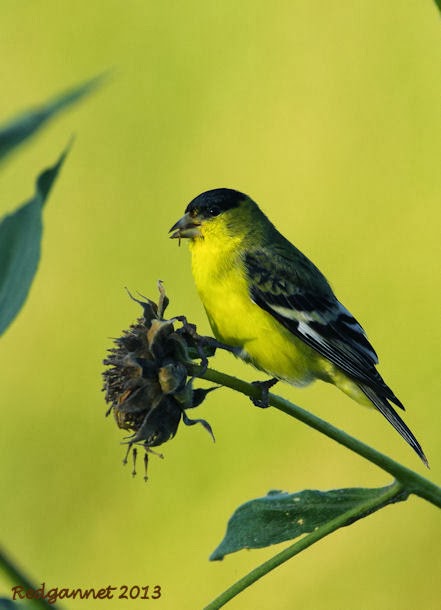 I had found myself at the hub of the complex. With a little imagination it might be possible to picture oneself at the centre of a pinwheel with paths heading out in all directions. Ponds 1 and 2 held better concentrations of wading birds with Long-billed Dowitchers, Black-necked Stilts and Least Sandpipers. 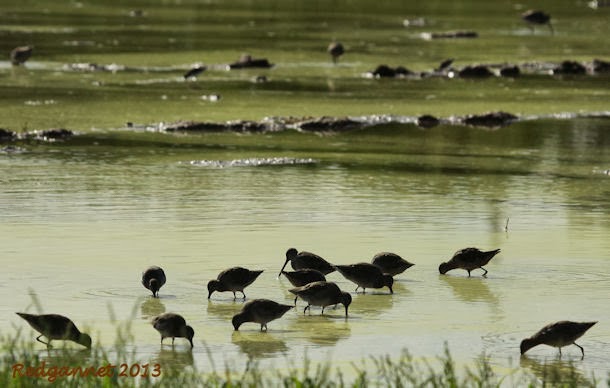 The teals were proving a little tricky. I am not very accomplished at separating the Cinnamon Teal and Blue-winged Teal from each other. There were plenty of them around, but they were not sporting their distinctive colours, so I could only be certain about very few. A Green-winged Teal was very obliging. 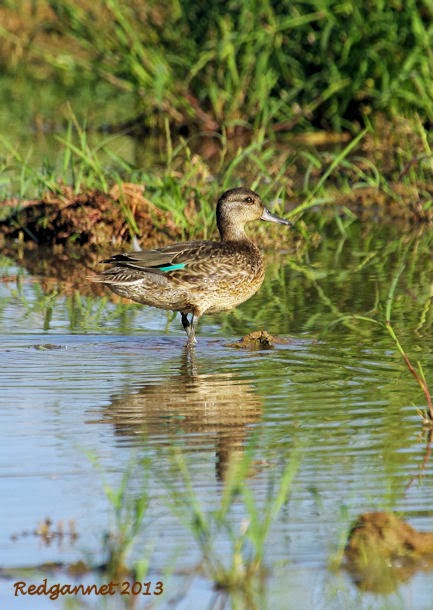 Bell’s Vireo was seen quite frequently this morning. It shared the shrubs and bushes that line the banks with Abert’s Towhees and plenty of Verdins. 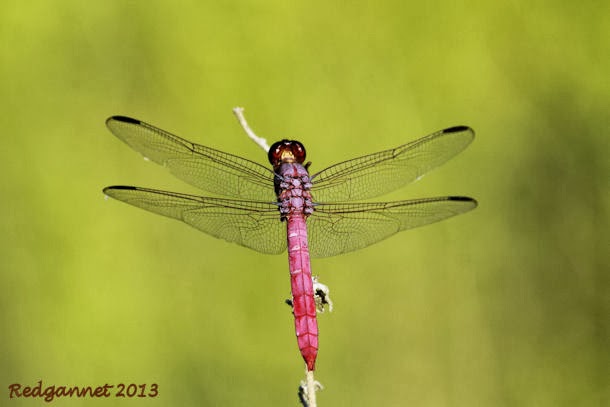 Say’s Phoebes and Black Phoebes shared the flycatching duties with a Gray Flycatcher. Where have they been all my life? 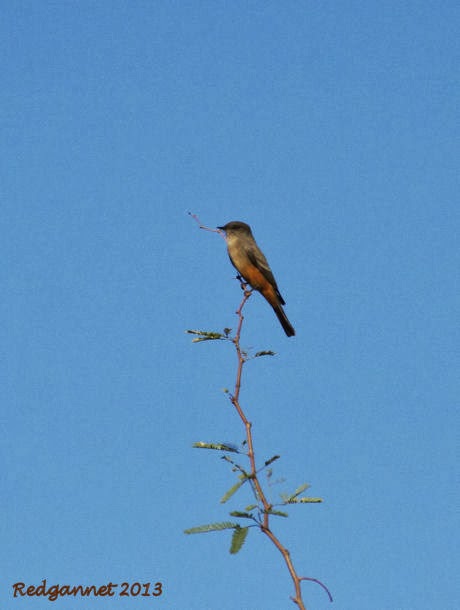 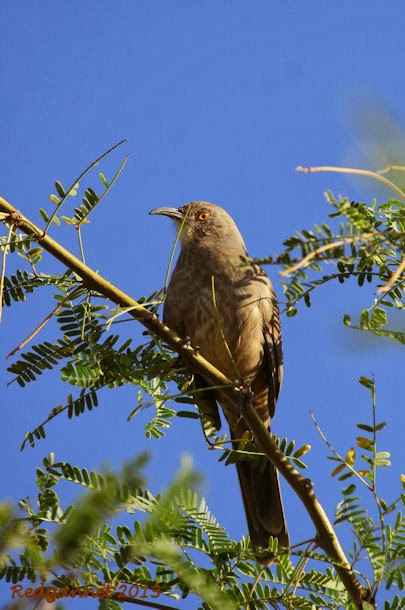 Visit the dedicated USA and Canada page for more posts from Phoenix, including Phoenix Botanical Garden and Usery Mountain Park.
Posted by Redgannet at 21:32